Pasta with cherry tomatoes and breadcrumbs 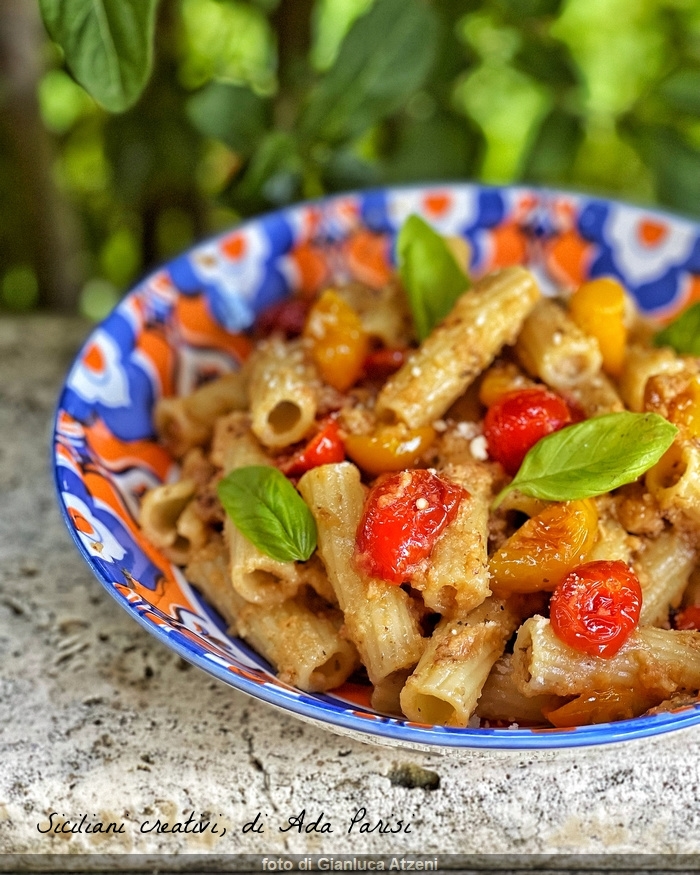 Pasta with cherry tomatoes and breadcrumbs: recipe for a first course inspired by Sicilian cuisine, very fast and tasty. To be prepared with the last tomatoes, before dedicating ourselves to pumpkin and mushrooms. Cherry tomatoes are cooked in a pan and not in the oven: the result is very different, why confit tomatoes baked in the oven they are more dehydrated and caramelized, suitable for preparing, for example, the PACCHERI WITH CONFIT TOMATOES and BLACK SESAME. Cooked in a pan, instead, remain much softer and maintain a certain acidity. Breadcrumbs seasoned with oregano, oil, Salt, grated pepper and pecorino cheese is very tasty and gives the pasta a pleasant creaminess.

To prepare the pasta with cherry tomatoes and breadcrumbs I used cherry tomatoes both red and yellow: the taste is very different, yellows are sweeter, while the reds slightly more acidic. This makes the dish more interesting. Cooking in a pan must be done over very low heat, without ever mixing. In this way the tomatoes will cook slowly becoming soft and the seasoned breadcrumbs will absorb the juice of the tomatoes softening. If you are vegan, omitting the pecorino you will still get an extraordinary dish. And don't forget to add a little on the dough’ fresh basil: this is also ending.

How to store the last tomatoes

These are the last weeks in which you can taste the tomatoes in their season: after will be greenhouse tomatoes, without the taste of the sun. Is’ so also the time to store them, for example by preparing the BOTTLES OF TOMATO SAUCE, while I fear that it is now late to make the DRIED TOMATOES IN SALT, unless 5-6 days of sun and heat out of the norm arrive. So I suggest you try this recipe, to hold a little longer’ of summer in the dish. Have a good day! 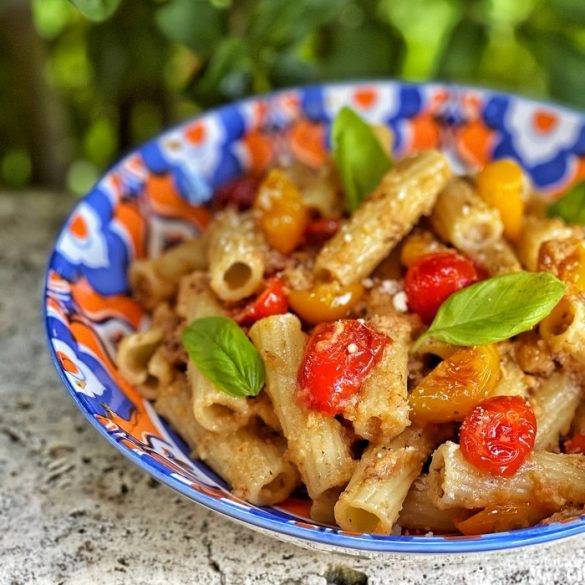 PASTA WITH CHERRY TOMATOES AND BREADCRUMBS

350 grams of yellow and red cherry or datterino tomatoes

a teaspoon of granulated sugar 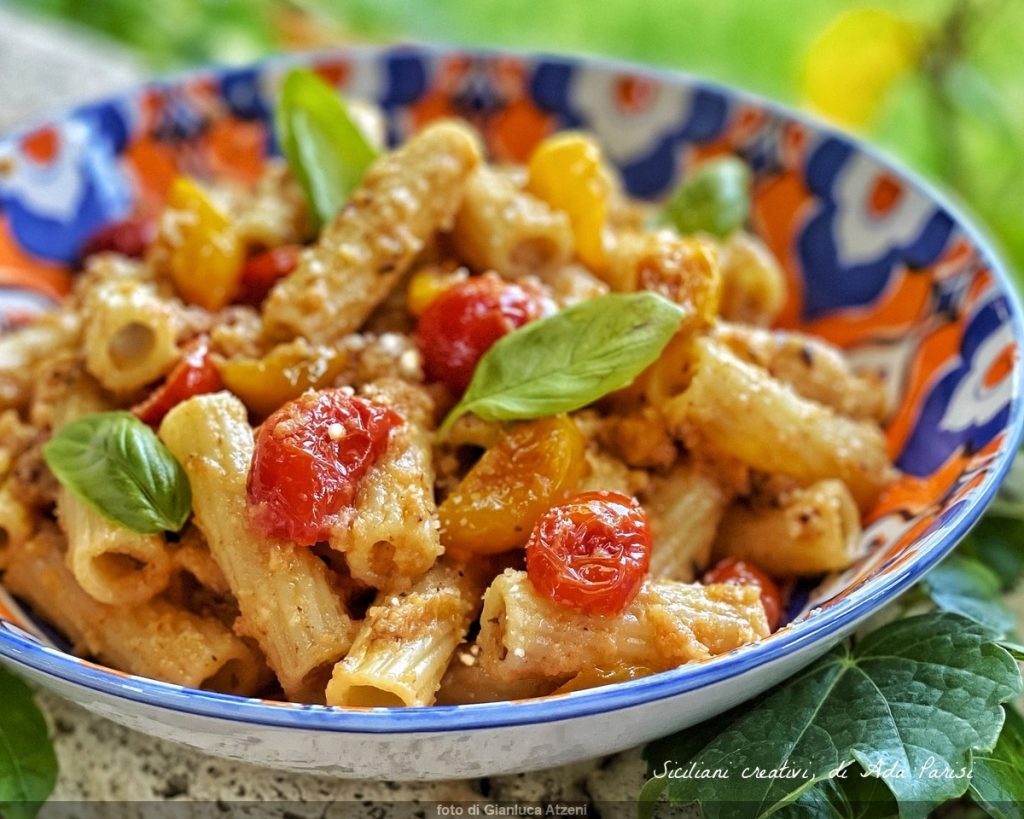 Put in a large pan a little extra virgin olive oil and a clove of garlic. Add the cherry tomatoes with the part of the pulp facing upwards. Tomatoes should not be superimposed on each other. Lightly salt and sprinkle with a pinch of granulated sugar.

In a bowl mix breadcrumbs, pepper salt, oregano, finely chopped capers and pecorino cheese. Add as much extra virgin olive oil as necessary to obtain a soft but grainy mixture. I advise you to mix the breadcrumbs by rubbing it with your fingertips, so as to distribute the oil evenly.

Spread the breadcrumbs mixture abundantly on the cherry tomatoes, cover and cook over very low heat for 30 minutes, without ever mixing. After 30 minutes, remove the lid and cook for another 10 minutes, so that any excess liquid dries out. The breadcrumbs will absorb the taste of the tomato and in turn release flavor and aroma.

Boil the pasta al dente, I suggest a short pasta of a fairly large format: tortiglioni, rigatoni or even paccheri. Season the pasta by stir-frying it in a pan with the tomatoes au gratin and a little cooking water, so as to obtain a cream. Add freshly ground black pepper to taste, grated basil and pecorino cheese. Bon appétit!

How beautiful this pasta cherry tomatoes and breadcrumbs also in its simplicity!

Thanks Veronica, I realize that sometimes sharing simple recipes, the ones I do at home when I don't have time, can help. Not everyone is always looking for elaborate menus, indeed.. for a long time I underestimated the power of simple things. A warm greeting, ADA