The pastry for croissants 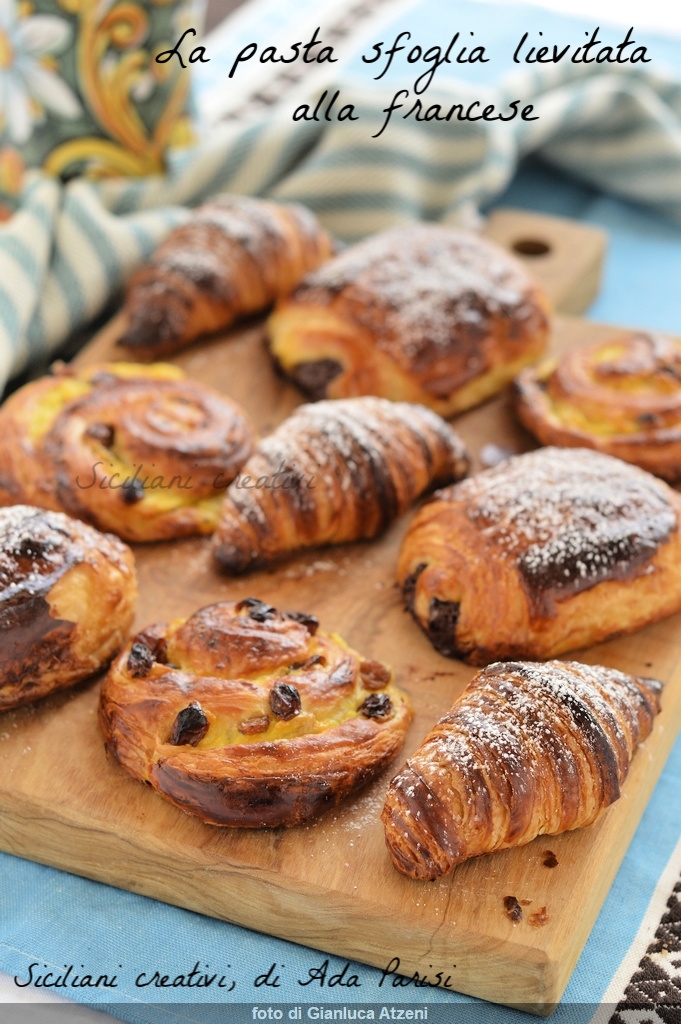 The pastry for croissants, French recipe

The PASTRY FOR CROISSANTS, CROISSANT, brioche browse and much more: prepare the pastry dough at home, so you have in the morning a nice fresh croissant at the French (Since the raw frozen croissants will keep well for two weeks), It is not difficult. Especially if you have a food processor or planetarium to knead. The procedure is the same as the classic puff pastry, but the crayon has risen. Your croissants are perfect. The recipe is that of master pastry chef Piergiorgio Giorilli, but I have drastically reduced the amount of yeast in favor of a long ripening in the refrigerator and a subsequent rise at room temperature. If you want to try croissants with a shorter leavening, within 24 hours, try the recipe FRENCH CROISSANT by chef Michel Roux

INGREDIENTS FOR ABOUT 20 CROISSANTS

300 grams of cold butter for puffing 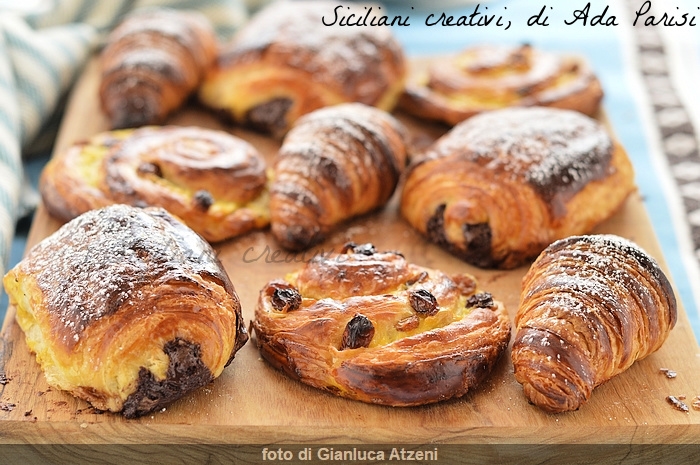 The pastry for croissants, French recipe

Working flour with water in the planetary, cream and baking powder. If you use the brewer's yeast here you can add it directly to the dough, if you use the fresh one you have to first melt it in water. Even the sourdough must first be dissolved in the water.

Halfway through the dough, add the salt and sugar and continue kneading until the dough is homogeneous, no lumps and strung. The mixture is ready when it is detached from the sides of the Bowl. If you don't have the food processor, you have to knead by hand and it will take a while’ more than patience, but the dough will still succeed. Cover the dough with food film and refrigerate for at least 12 hours (I let it ripen in the refrigerator for 24 hours).

After the interval of rest, lightly flour the flatbing and lay the dough. Roll out the dough with the rolling pin so you can get a rectangle (as you can see in the pictures) regular in shape and often no more than half a centimeter. Take the butter loaves, slice it and crush it with the rolling pin until it becomes a rectangle the size of two-thirds of the dough rectangle. Fold the third of the dough not covered with butter to the center. Then fold the other third of dough towards the center, the one covered with butter. Put the dough in the refrigerator for 30 minutes.

After the interval of rest, roll out the dough again in the shape of a regular rectangle. Fold one third of the dough towards the center, then fold the other flap until you touch the smaller one. Finally, close the dough to book, that is, fold it in half. Put the dough back in the refrigerator for 30 minutes.

Let's get to the last lap. Roll out the dough again with the rolling pin on the floured work surface and make a new fold: fold a third towards the center and then the remaining part to close. Put the dough back in the refrigerator for at least an hour.

At this point, the croissant paste is ready and you can roll it out to an inch thick and make croissants, pain au chocolat, svolers, danish. Once you have prepared the desserts you prefer, brush them with egg yolk mixed with whole milk and let them rise, covered with cling film, until doubling in the oven with light on. Croissants will be ready when they are swollen and soft. Brush them again with egg yolk and milk and cook at 210 degrees in a static oven for 5-6 minutes and then at 180 degrees for another 10 minutes or so.

Ada Bonjour! Your recipes are always super!!! At what point in the recipe can I freeze croissants? When I thaw them go straight into the oven or let rise again? Thanks, I'll try them soon!

Hi Anna, I'll freeze them (if I really have to, because up to 2 days even 3 days are kept well closed in a frost bag and stored in a cool and dry place) cooked and decongeled them directly in the oven at 130-150 degrees.

Super Ada, New Year's Day!!!.. these croissants have to be yummy …to do absolutely !!!

Thank you Marzia, let me know if you try them!