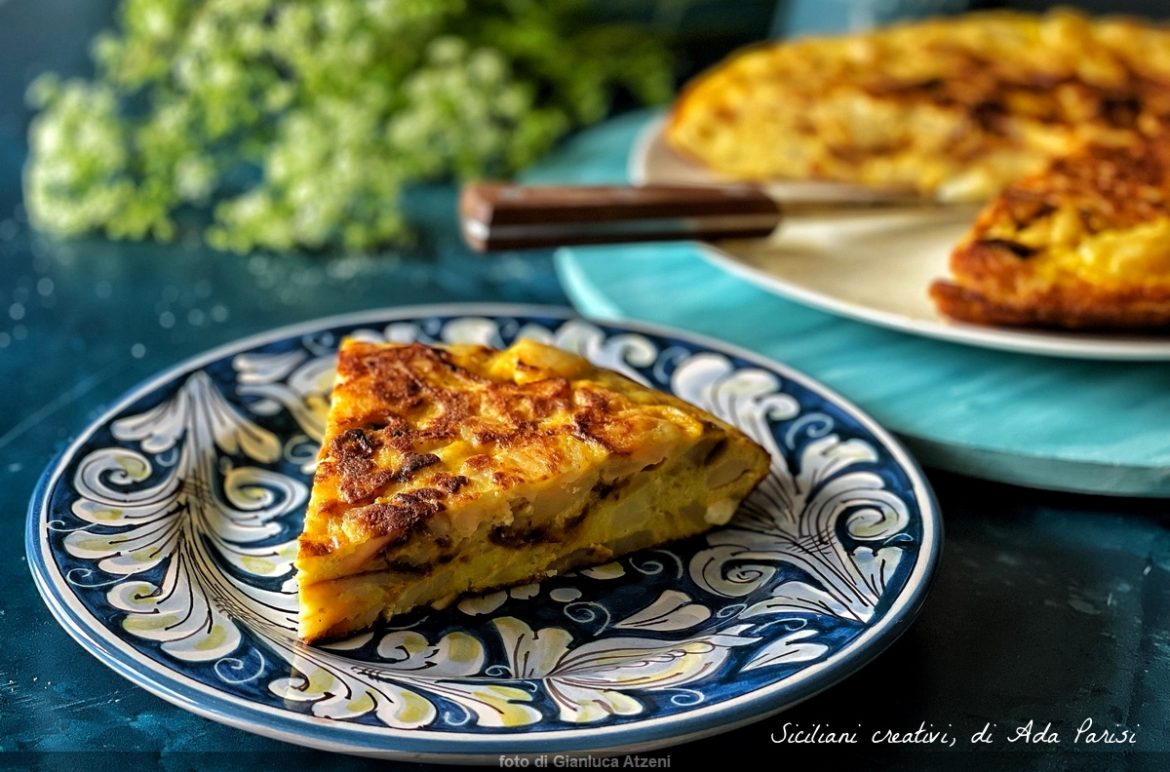 Very easy to do, the Spanish tortilla de patatas is tall and soft. Very few ingredients: potatoes, eggs, onions and extra virgin olive oil. Tradition has it that it cooks in a pan on the fire, but you can also prepare baked These are the main differences compared to Italian omelettes, which are normally quite thin and enriched with grated cheese and parsley as well as different types of vegetables. And if you love eggs try my eggs in a pan with tomatoes, Parmesan and Basil: a very fast dinner-saving recipe. Follow me on Instagram so i don't miss my recipe videos in 30 seconds!

Don't think it's similar to our potato omelette: to differentiate it especially the cooking of potatoes, that are not fried. Potatoes, thinly sliced, cook together with the onion in a large amount of extra virgin olive oil. In essence, potatoes stew slowly in the oil until they become tender and tasty. Don't worry about the amount of oil used: Once cooked, you'll have to put them in a colander to eliminate the excess oil. Part you can retrieve it and then cook the omelette, the rest you can filter it and use it in the following days to cook. Serve it with a tomato salad topped with garlic and basil: a perfect summer lunch, also to take to the beach! 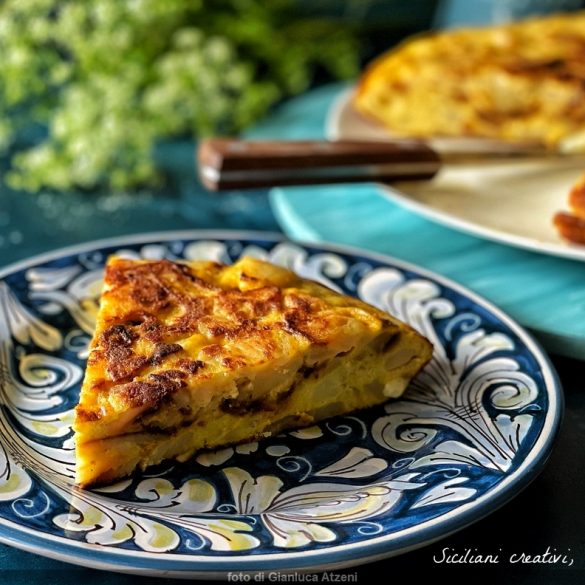 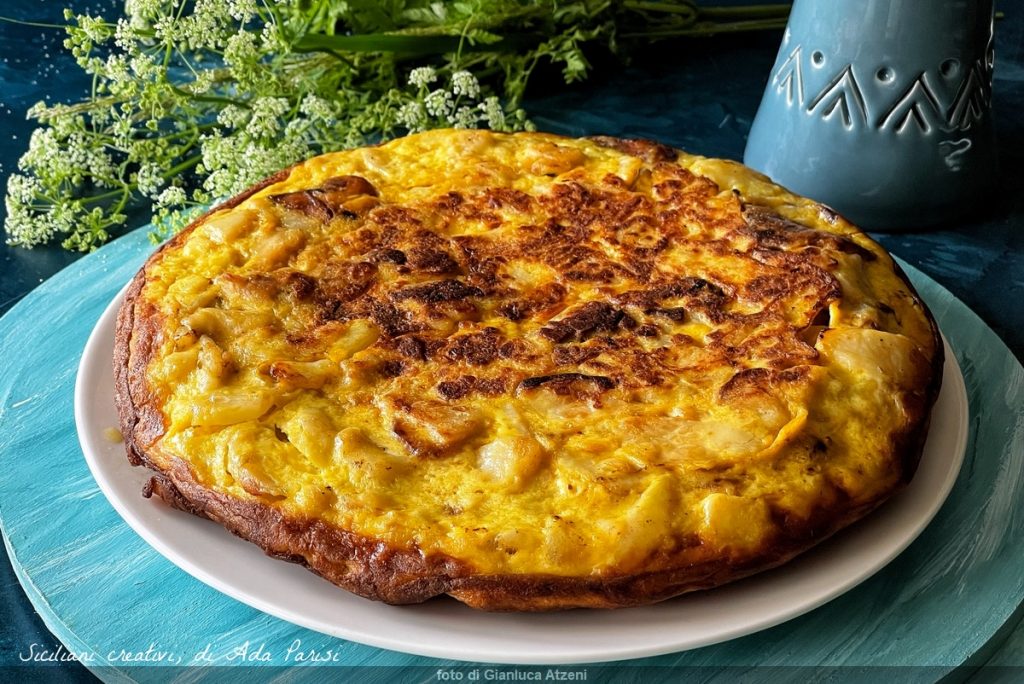 Preparing Spanish tortilla de patatas is very simple. Wash and peel the potatoes. Then thinly slice them in the direction of length, at a thickness of half an inch at most. Clean and slice the onion as well.

Put extra virgin olive oil in a large saucepan, add the onion and potatoes and cook over medium heat for 15-20 minutes, turning the potatoes around every now and then. Salt and add plenty of fresh ground black pepper. Potatoes should be tender but not unfased, still consistent.

Once cooked, put the potatoes in a schoolboy, so you'll eliminate the excess oil: don't throw this oil, part you will recover it to finish cooking the omelette in the pan. The rest you can use it for cooking: it's extra virgin olive oil, let's not waste it.

While the potatoes are cooking, beat the eggs with salt and black pepper. When the potatoes have cooled, add them to the eggs and mix well. Let the egg and potato mixture rest for 10 minutes.

Grease a pan with extra virgin olive oil, heat and pour the egg and potato mixture. Cover and cook for about 15 minutes over a very low heat. When the tortilla has re-represented, turn it with the help of a plate or lid and cook for another 5 minutes or so. Spanish tortilla de patatas must remain soft and moist. Let it cool for a few minutes before enjoying it. It's delicious even cold, cut into tiles and served for aperitif with a glass of sangria. Bon appétit!

Polenta flan with egg of...

The Gruyere souffle, parsley and anchovies

this recipe is a classic ( I live near Biarritz and Spain is 30 Km away) in all tapas bars we find tortillas . I have a preference for cod tortillas.
I wish you a beautiful day and a very good weekend.

Thank you. I don't know cod tortillas. and, Right now, I have to try it very quickly. I love cod. Good night. ADA