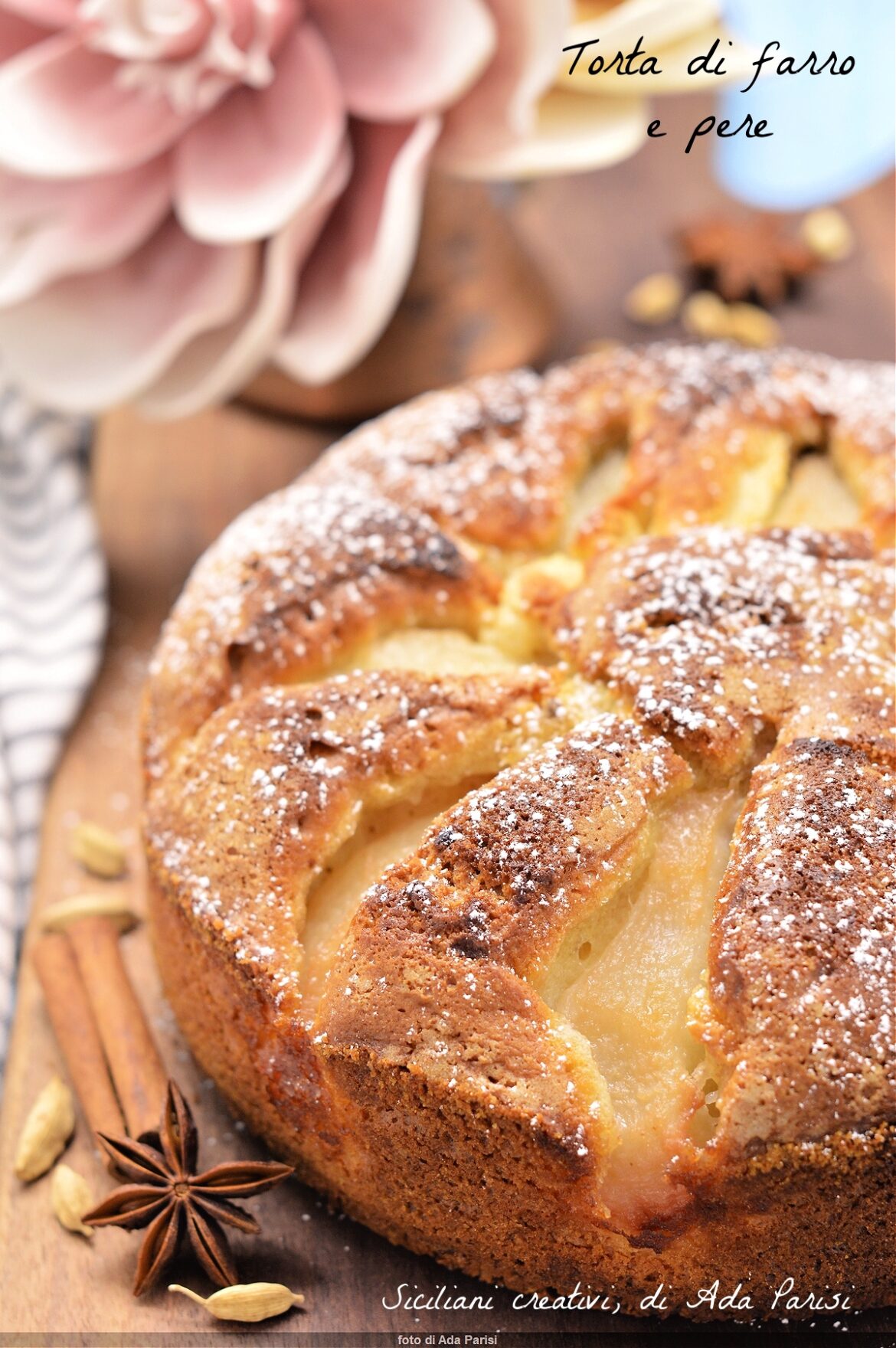 After trying this fluffy pere cake you won't want to try any more, I guarantee. For me it's the perfect dessert: in the cake there is flour of farro. The beads rest in a syrup flavored with cinnamon, cardamom and star anise: absorb all the scents. The cake is so fluffy and fragrant that it will end in a heart attack. The recipe is really simple and fast to make and in the family is loved as much as the legendary APPLE CAKE MOTHER (you have already seen the VIDEO RECIPE step by step?). If, on the other hand,, given the date, you're looking for the CAKE MIMOSA, I propose you take a look at the MIMOSA ROLL that I published a few days ago and at the MIMOSAMISU RIVER’, very simple and delicious.

My tips for a perfect pere cake

First of all, the flour: i used a mixture of double zero (150 grams) and flour (100 grams), that you can replace even with a small percentage (about 70 grams) integral, rye or buckwheat. Of course you can only use a double zero: the dessert will be even softer and softer, but it will have a less rustic taste. With regard to the, i used some big williams pears pretty ripe, but it's okay that opera peres, the Deans, the Conferences, the thigh peres, the Abbots. Any pear as long as it is ripe and not too crispy. 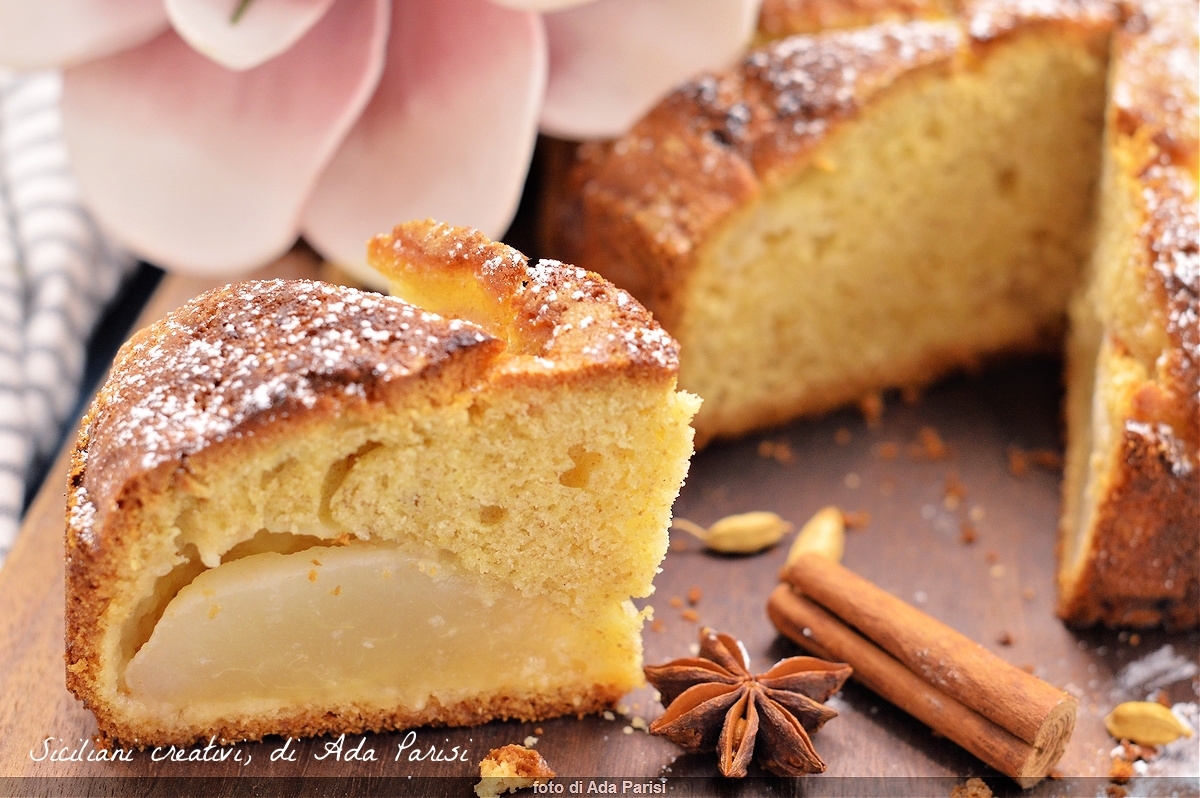 The extra touch of this dessert is the spiciness with cardamom, star anise and cinnamon. Spices I didn't put in the dough (except a pinch of cinnamon) but in the peres, that were dipped for an hour in a flavored syrup. Then I simply laid out the ray-rayed beads on the dough that, rising in the oven, surrounded them creating a beautiful visual effect.

Sweets with the peres, some alternative

The beads are a very used fruit in pastry, because of their sweetness and texture, soft and juicy. Among my DESSERT WITH PEARS Favorites, definitely the ones that match the peres with chocolate, but also tarts with pears and another great Italian classic: cooked beads. And so I suggest you don't miss at least these 5 recipes: 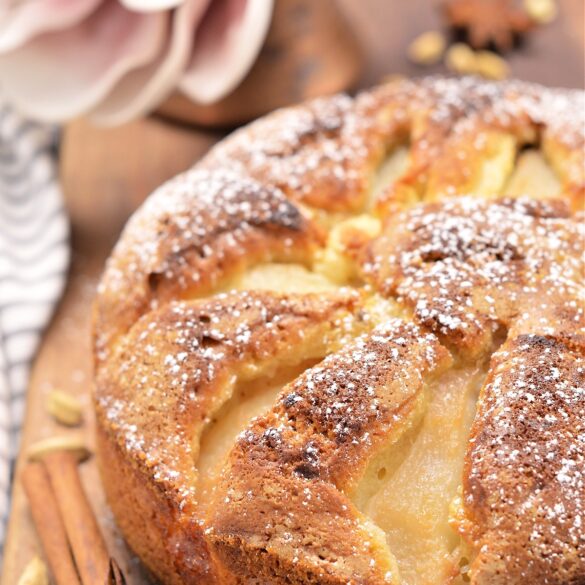 150 grams of double zero flour (00)
100 grams of spelled flour
2 great Williams peres (or other kind, Mature)
a pinch of cinnamon
120 grams of uns salted butter at room temperature
2 whole eggs
30 ml whole milk
a sachet of baking powder (16 grams)
a pinch of salt
100 grams caster sugar
a Berry of star anise
5-6 cardamom berries
a cinnamon stick
20 grams of sugar
sugar and butter to finish the dessert, to taste
butter and bread grated or flour for the cake maker, to taste 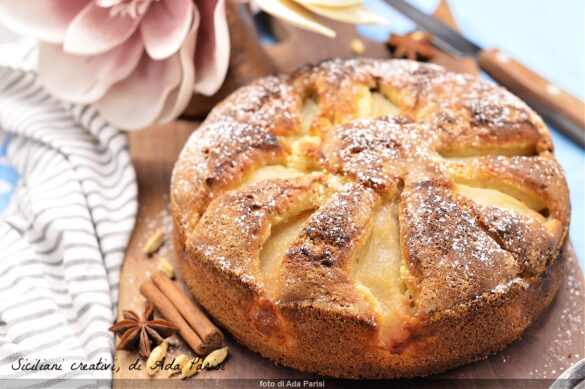 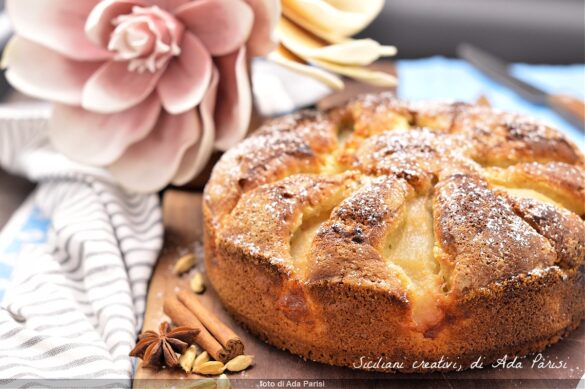 Soft cake of peres is very simple to prepare. I suggest you prepare the syrup for the beads a few hours in advance so as to leave the fruit soaked for a couple of hours, so he will have time to absorb the taste of spices. Put 250 milliliters of water in a pan and add 20 grams of sugar, cardamom, star anise and cinnamon. Bring to a boil, boil for about 5 minutes and pour the syrup into a bowl. Peel the pears, cut them in half and then in quarters and soak them in the spicy syrup. Leave the beads soaked in syrup for at least 30 minutes, or rather for a couple of hours.

Preheat the oven to 180 degrees static. Buttering a 24-centimeter opening zipper tortier and dust the surface (bottom and edges) with breadcrumbs. This will give the pere cake a crunchy texture at the edges. Melt the butter in a bain-marie or microwave.

In a bowl, assemble with the electric whips whole eggs together with sugar. Add a pinch of salt until you get a white, foamy mixture., tripled in volume. Then add a pinch of cinnamon and then, floor plan, the two types of flour (farro and double zero) sifted together with yeast. Add the melted butter, always mounting with the whips at low speed, and milk, to make the mixture smooth, creamy, No clumps. 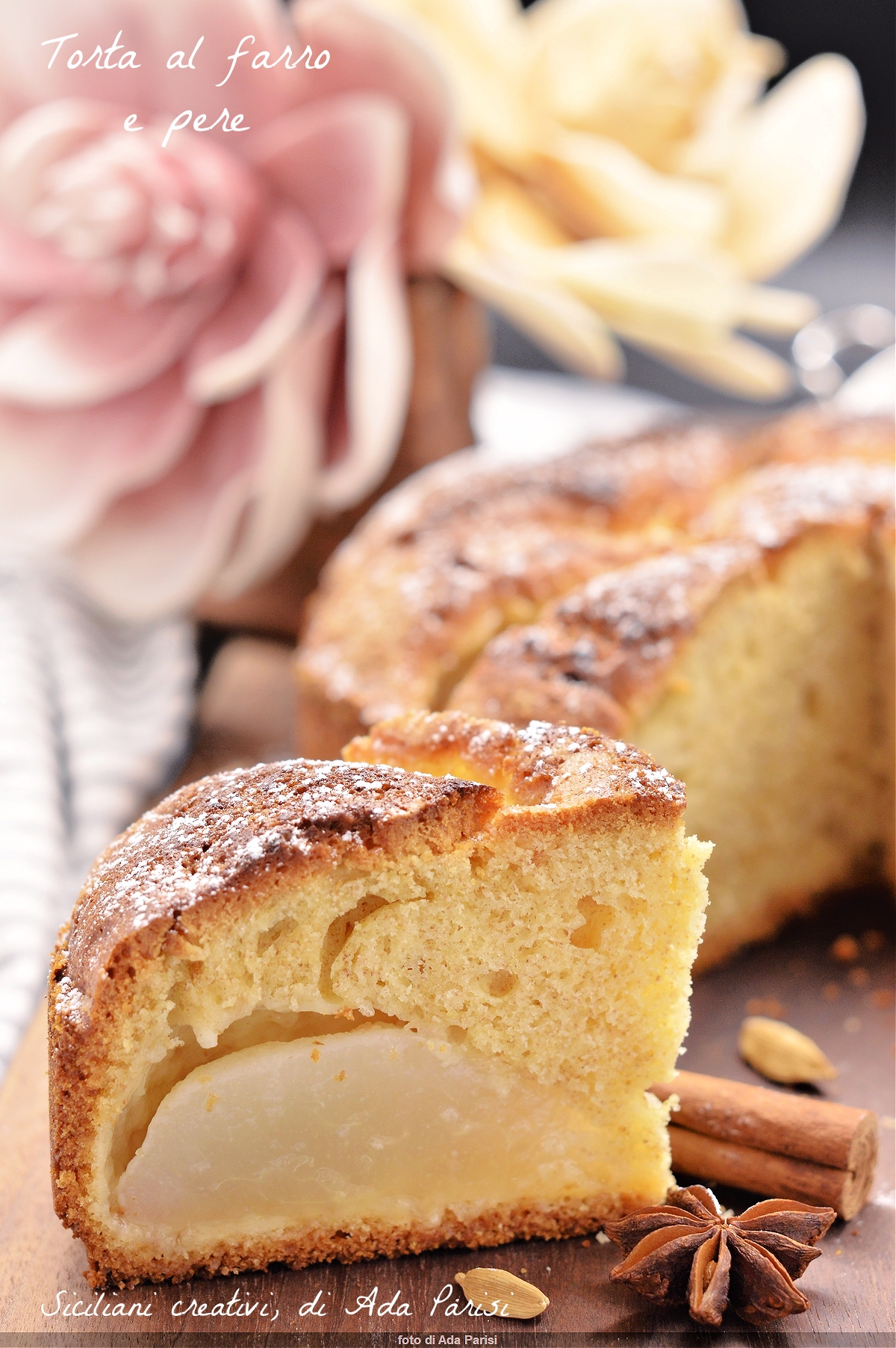 Pour the cake mixture into the cake bowl previously buttered and sprinkled with breadcrumbs. Arrange the pere, after having well drained them from the syrup, radia on the dough, pressing slightly but without sinking them. Sprinkle the surface of the cake with a little caster or brown sugar and spread a few tiny butter buds.

Bake at medium height and bake for about 45 minutes. Seen that, depending on the size of the tortiera you have chosen, cooking times may vary, ricordate che vale sempre la prova stuzzicadenti: tucked in the middle of the cake, will have to get dry. Sfornare la torta morbida di pere con farina di farro, lasciarla raffreddare prima di toglierla dallo stampo. Servirla tiepida o fredda.

congratulations …
a real treat!! I thought it was not good for me since initially the dough was quite hard but then I added a little more milk and the final result was a success!!! Another bad thing is that…. are in quarantine and…. no one else could taste it… and only I made him the party!!!

Well Monica, I'm really pleased. Look at it in a positive way: you could eat it all! A warm greeting, ADA