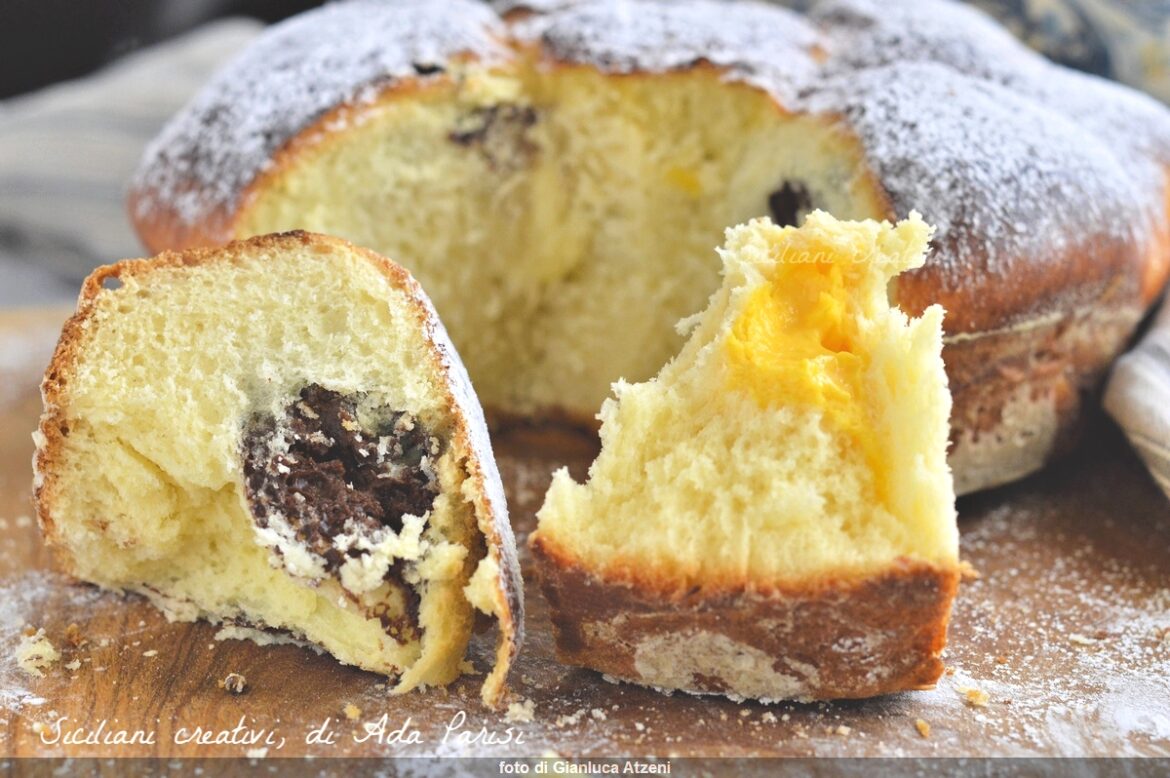 Brioche cake stuffed with lemon cream and chocolate cream. Fluffy. Easy beginner-proof recipe for a dreamy breakfast. Brioche cake is simple to make, because despite being a brioche and therefore with butter and eggs in the dough, the quantities of butter are minimal and therefore the dough is easily manageable. Obviously, I suggest you use a planetarium, although this dough can also be prepared by hand, using a well cold bowl so that the butter doesn't melt too much. The recipe is similar to that of the Danube, in whose dough I do not put eggs and where the balls have a much smaller size. On my profile Pinterest you can see a short tutorial.

Each piece of brioche is stuffed with a different cream: lemon or dark chocolate. But you can also use a pistachio cream or simple taste jam of your choice. Stuffed brioche cake makes two leavenings, the first in the bowl and the second, once you've stuffed the bits, in the pan. The dose of brewer's yeast I suggest for a leavening on the day is 3 grams, but if you want you can halve the dose and let the dough ripen in the bowl in the refrigerator all night, so you do it then rise the next day. This also allows you to better organize your day according to your commitments.

This dessert remains soft for a long time, just store it in a frost bag and in a cool, dry place: freshly made brioche cake is fluffy and creamy, and is always perfect for getting soaked in a glass of cold milk. A valid one could be the BRIOCHE BREAD FAST AND WITHOUT DOUGH, really simple to prepare. Or, if you love Sicily, the BUN COL Tuppo, to be enjoyed stuffed with ice cream or granita. Take a look at all my LEAVENED OF RECIPES both sweet and savory. And I wish you good day! 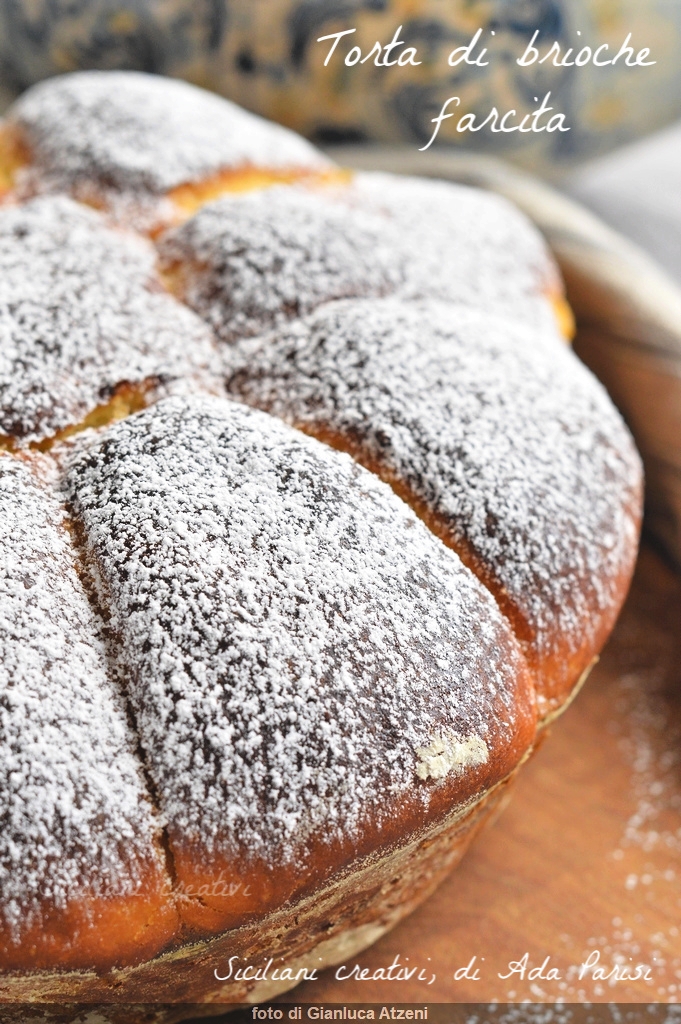 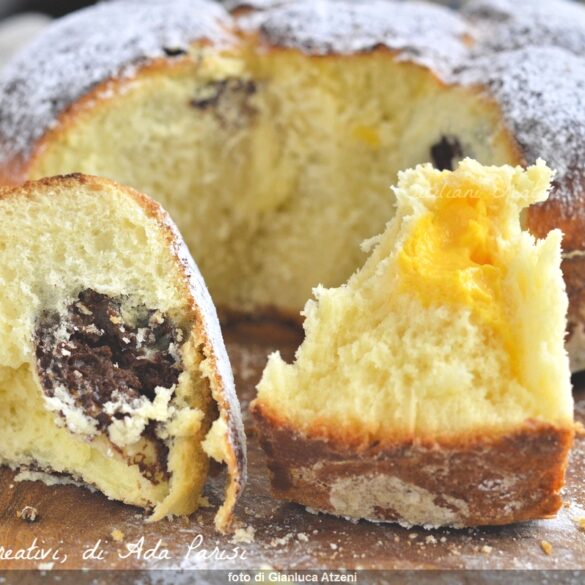 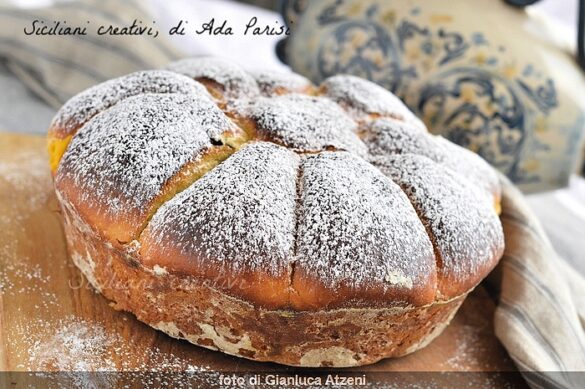 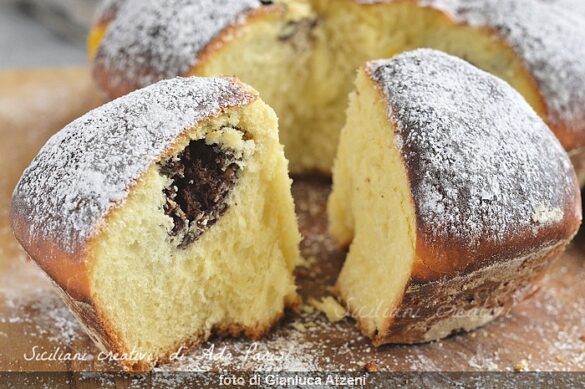 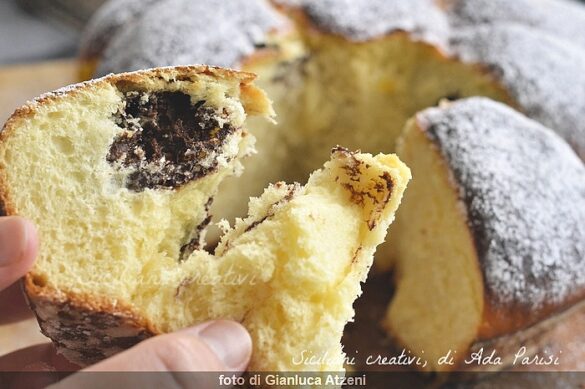 Stuffed brioche cake is simple to make, because despite being an enriched dough, the amount of butter is very limited and, if you have the the planetary, you will prepare it in a short time and without problems. You can try to make it by hand, but you have to be very careful that the dough doesn't warm up too much while you're working it.

Put in the bowl of the planetarium the two types of flour, the eggs, sugar, the dry brewer's yeast, the milk and knead with the K-whisk until the ingredients are mixed. Add the salt, while continuing to knead. Change the accessory, mounting the hook whip, and add the soft butter in small pieces, little by little, kneading until you get a smooth dough, soft, homogeneous and strung.

Transfer the dough to the lightly floured work top and work it briefly with your hands, rounding it to form a panetto. Put the dough in a bowl, cover with contact food film and store in the oven off with the light on. The dough should rise to a temperature of 26-27 degrees until doubled. With 3 grams of brewer's yeast it will take about 4 hours. You can also put less yeast (one gram) and increase leavening times, leaving the dough for one night to ripen in the refrigerator and then proceed with the leavening.

While the cake cake dough rises, you can prepare the cream. The base is always a yellow cream: you can then choose whether to divide the cream into two parts and put in one half a little dark chocolate and in the other the lemon, or stuff the cake with just one type of cream.

Put the yolks in a saucepan with the sugar and whip until you get a foamy mixture. Add flour, always by mounting, until amalgamated with egg mixture. Heat the milk and pour it flush on the mixture, stirring until you first get a batter and then a liquid. Cook the cream on the fire until it has thickened.

While the cream cooks, cut the dark chocolate into small pieces and put it in a bowl. Put the grated lemon zest in another bowl. Pour half the boiling cream over the chocolate and the other on the lemon zest. Stir in the chocolate cream until the chocolate has melted. Cover the two creams with contact food film and let cool completely. You will be able to better stuff the brioche cake if the cream is cold refrigerator.

When the dough has doubled, overturn it on the work top and cut it into pieces of equal weight: I made pieces of 70 grams each and got 11 fairly large balls. If you want to do more, decrease the weight of the pieces of dough to 50 grams. If you make smaller pieces you will have difficulty stuffing them.

Butter and flour a tortiera (I use a high-edged aluminum tortiera). Spread a piece of dough, place a tablespoon of cream in the center and close in order to seal the flaps. Round the balls by turning them over themselves. I suggest you make all the balls first and only then put them in the pan, so you can tighten them to each other to get a compact and full dessert. 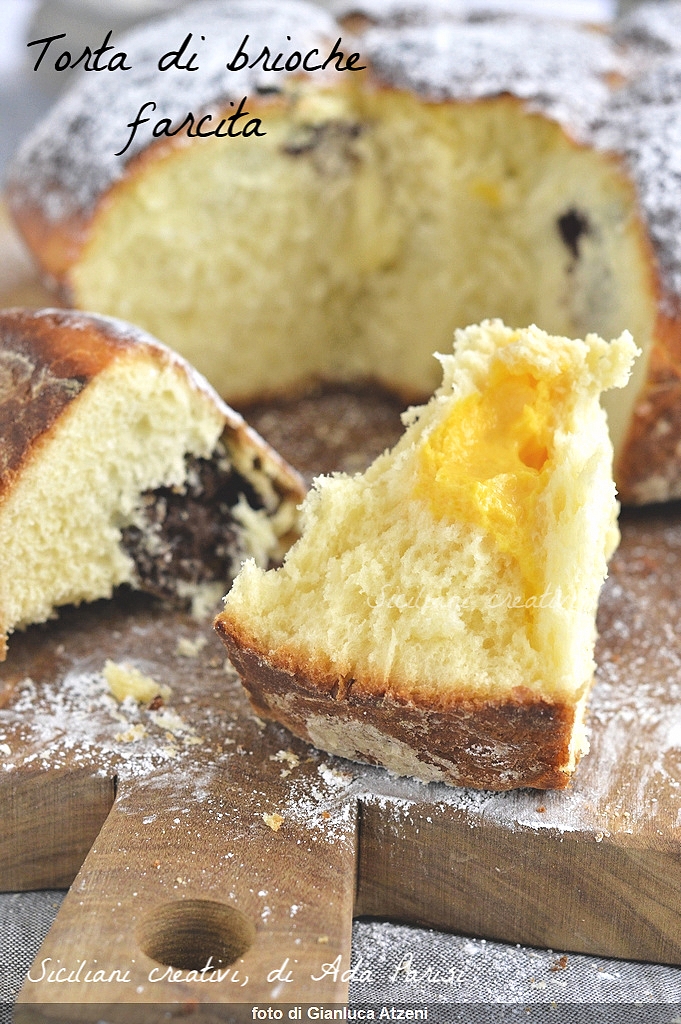 Brush the brioche cake stuffed with egg yolk mixed with milk or cream, cover with food film and let rise in the oven with the light on again until doubled. You will see that the balls will swell closing all the gaps left empty.

Preheat the oven to 180 degrees static. Brush once again the brioche cake stuffed with the yolk mixed with the milk and cook for 25 minutes or until the brioche is swollen and well golden. If you have the necessary kitchen thermometer, the temperature at the heart of a leavened must be 92 degrees: so you'll get a well-cooked but still fluffy and damp brioche. Bake the cake, put it on a staple and let cool completely. Bon appétit!

At the Beer Bread