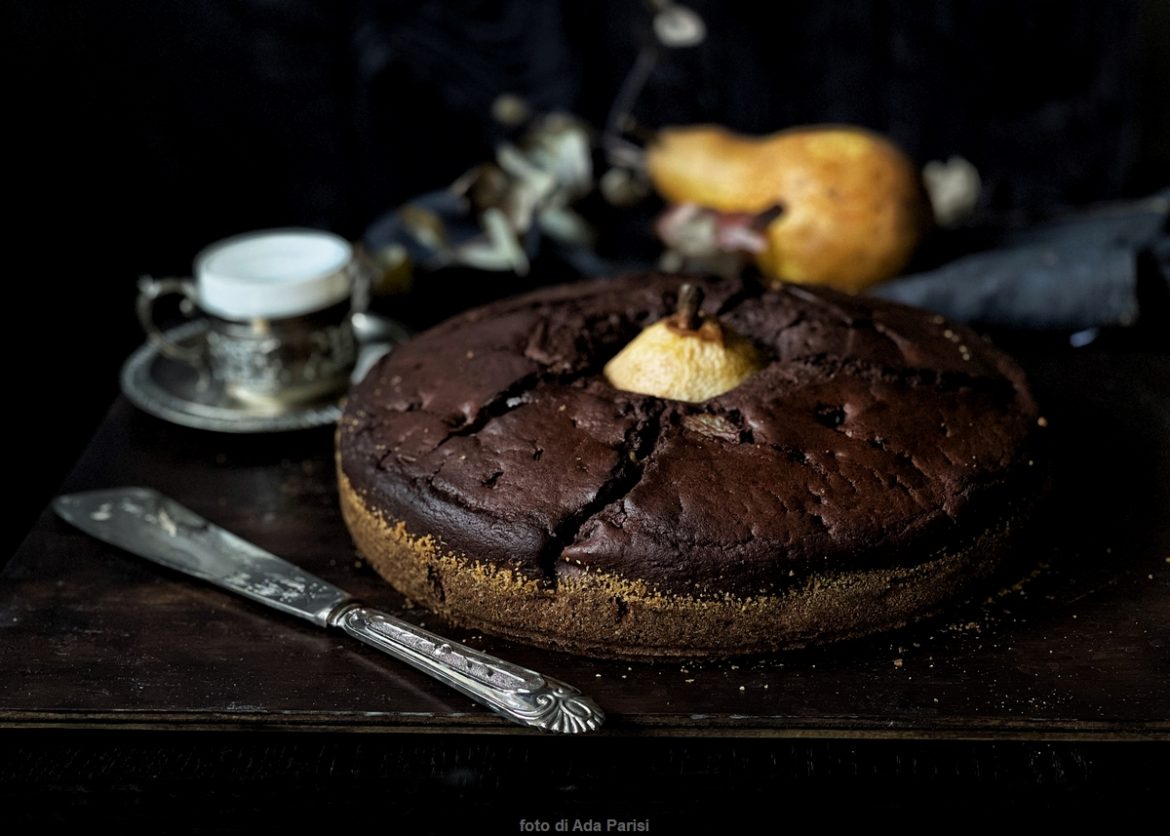 Chocolate cake and whole pears: Black, intense and sinful. This is a dessert that you will never abandon because this cake is very soft, really a feather. It has an intense chocolate taste thanks to the use of bitter cocoa powder, little sugar and many pieces of pears flavored with cinnamon in the dough. In the center, c’ a large soft whole pear, melting and delicious. If you prefer, you can use a plumcake mold and put 3 medium-sized pears in a row inside, to get an even more spectacular dessert.

About my YouTube channel you will also find the VIDEO RECIPE step by step with all my advice.

The recipe for chocolate cake and whole pears is very easy to make: the basis is a Devil cake, an American cake base with lots of cocoa, but I reviewed the ingredients and I more than halved the dose of sugar. I like the taste of chocolate bitter and decisive. My 2 and a half year old granddaughter went into awe and loved this dessert. The pear that you have to put inside the cake must macerate for a few minutes with cinnamon, while the one placed in the center of the cake must be cooked for about 5 minutes in water and cinnamon. So the cake will have a wonderful cinnamon scent.

I suggest you use fairly soft pears, such as Decana pears or Williams, very sweet and juicy. The preparation of this dessert is really so simple that I do not have many other tips to give you than to try it as soon as possible. Have a good day! 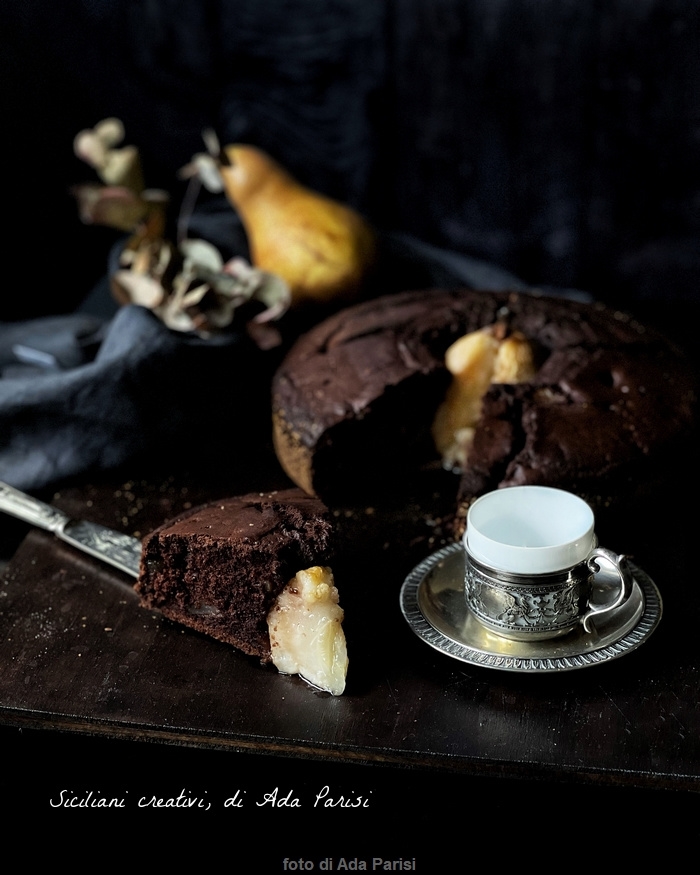 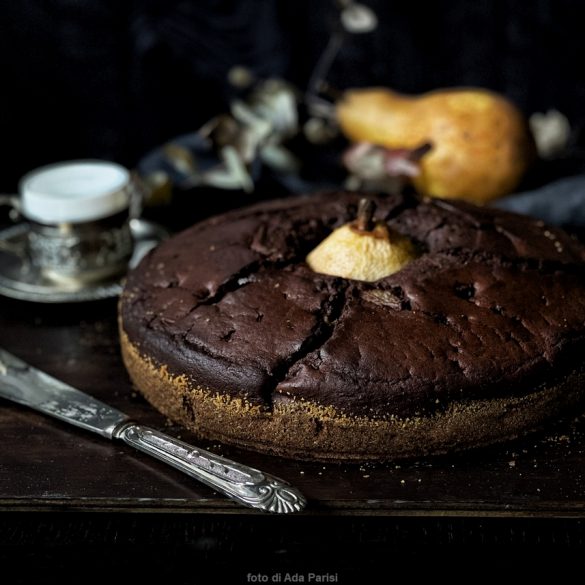 cinnamon powder and sticks, to taste

The preparation of chocolate cake with whole pears is very simple. Peeling a pear, put it in a saucepan with water and a piece of cinnamon stick, bring to a boil and cook for 5 minutes. Peel and cut into small pieces the second pear, put it in a bowl with a few drops of lemon juice and cinnamon to taste.

For the dough: put the eggs in a bowl, salt and sugar. Melt the butter and let it cool. Whip with an electric whisk until the mixture is white and frothy, as you see in video. Add the sifted flour and cocoa, always working the mixture with whips, and alternating with whole milk. When you have incorporated all the flour into the dough, cocoa and milk, add baking powder, also sifted. Finally, add the melted butter several times.

Incorporate the pieces of pear macerated with cinnamon to the dough, stirring gently. Preheat the oven to 175 degrees static.

Grease and flour (or you can use breadcrumbs) a cake 26 cm in diameter. Put the whole pear in the center and pour the dough around. Level and cook for 35-40 minutes. It's always worth the toothpick test: tucked in the middle of the cake, will have to come out perfectly dry. Remove from the oven and allow to cool completely before removing the cake from the pan. Bon appétit!