Made in Italy. Rice: back on “Breed 77”. Challenge to “Carnaroli” for the perfect risotto 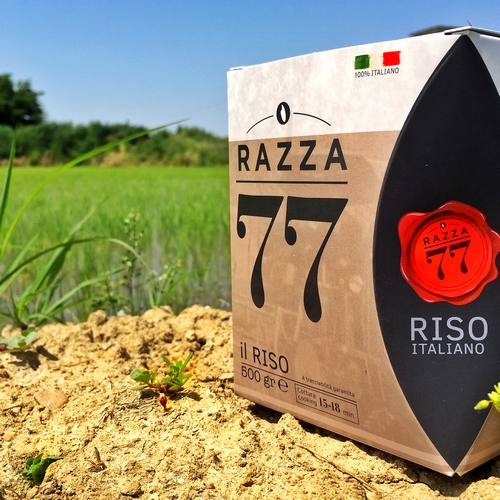 Such as rice for a perfect risotto? The first variety that comes to mind is of course the Carnaroli, many use the Vialone Nano and there are some particularly fond to Arborio. But there is a variety of rice that few remember today, and who in the 1950s was considered ideal for risotto: the Breed 77. A Superfine, cultivated in the lowlands of the province of Novara, that was once the favorite of chefs and gourmets. Being a little variety of production was gradually abandoned around 1970, for the benefit of other more profitable and easy to grow. Few people know, though, that rice never die because there is an entity that maintains all the seeds. The Breed 77, then, It remained dormant for over thirty years in the gene bank of’Ente Nazionale Risi di Castello d'Agogna, in the province of Pavia, until two of Piedmont, an agronomist and a rice farmer, from one of the Territories most suitable for growing rice, the novarese (in the municipalities of Tornaco, and Vespolate), they decided to wake it from a small handful of seeds. 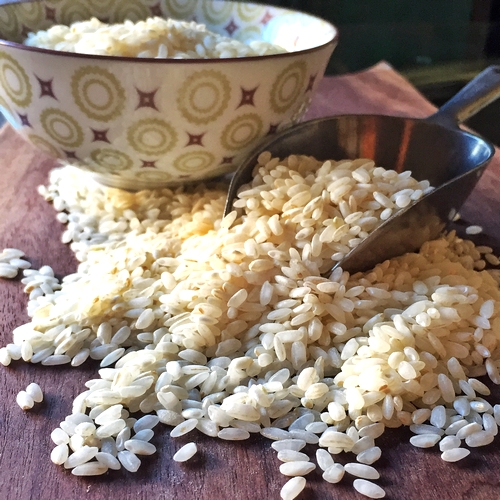 THE STORY – I want to tell you the story of Breed 77 because, for a series of randomness, I came across this rice several times. First of all, because I tried it by October 2016, When he was not yet on the market but only a bet from uncertain future, realizing a Risotto, they are very fond of, during Expo Rice in Novara, and I touched it with his hand in the kitchen. In addition, because I recently visited the riseria Rahmah, one of the two that currently is producing. The Breed 77 is a rice born in 1938 at the Institute of plant breeding of Bologna, Thanks to the work of researchers who crossed the American variety (resistant to plant diseases) call “Lady Wright” and the Italian Greppi. The Breed 77, in the 1950s, It was cultivated in over 5 000 hectares between the provinces of Pavia, Vercelli and Novara, and after the war was particularly appreciated by rice farmers for its quality in the kitchen: great wealth of starch, that translates into a distinct creaminess, with an excellent cooking properties. Despite having ideal characteristics in the kitchen, the Breed 77 was gradually abandoned due to its poor agricultural productivity: produces 50% less on average than other types and is difficult to cultivate for the excessive height of the stem, bending due to the weight of ripe corn. 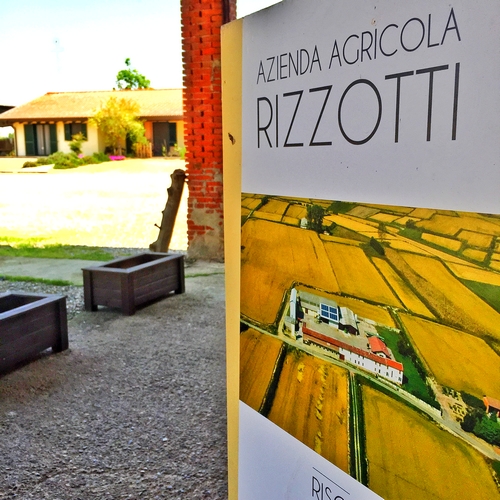 THE REDISCOVERY – Fabrizio Rahmah, for six generations the rice producer at Vespolate (Novara), decided to bet on the Race together with Domenico Bernascone agronomist 77, of Tornaco, focusing on the qualities of this rice and its ability to become a flag for the entire territory of lower Novarese. Three years f,in the two farmers have turned to the Risi, getting a single ear of precious variety: After grainy, they recovered a hundred original seed granules. Keeping strictly isolated cultivation to be left alone, They planted these seeds in a small box and, a year later, they expanded the cultivation in a space the size of a kitchen table. The following year they got a small rice field in the town of Tornaco. In 2016, Breed 77 collection was thirty tons and now expects the harvest of 2017. By 2018, the aim is to collect 130 quintals of rice. Needless to say, given the numbers, that Breed 77 will continue to remain a niche product, but will finally be released (from June 12, 2017) for lovers of the great rice dishes and for those restaurateurs who choose – and I am confident that the food has the foresight to do it – to enhance a type of rice which tells the territory. 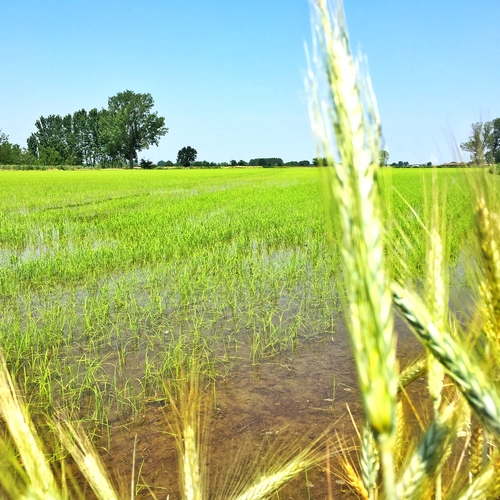 Betting on a little variety and difficult cultivation, Although of great quality, in my opinion is even more remarkable at a time when the Italian rice sector is suffering a severe crisis in prices, influenced by the zero-duty import of rice to the EU from countries LLDC, and especially from Cambodia and Myanmar. This problem has prompted the Ministry of agriculture to apply for compulsory labelling of origin for rice, so that the consumer can understand clearly the origin of rice they buy at the supermarket. There is much talk of the origin of the grain with which you made the pasta we eat, but consumers seem to care little about the quality of the rice that put in the pot and, Although Italy is the leading European producer of rice, much of what we buy is a stranger.

THE PRODUCTION – The chain of Breed 77 will be short (I would say very short) and 100% subsidiary, as they already are with other varieties grown within the riseria Rizzotti at Cascina Furnace, I visited with’ATL Novara, and where a new production line was installed which provides the whitening in stone, with the use of the historic Hamburg machines, ideal for the processing of traditional rice. The Riseria Rizzotti is a small company (approximately 80 acres), one of only three Rice Mills closed cycle, along with Cascina Sings (I've already spoken here) and the rice mill Crespi (Birmingham, San Pietro Mosezzo, Novara). 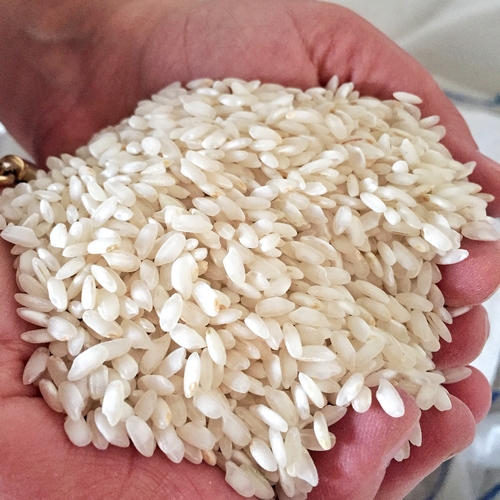 Closed cycle means that the company treats the production process from seed to bag. Then, direct sale, a complete consumer guarantee. Fabrizio Rahmah is hardworking and leads his rice mill with one eye focused on environmental sustainability: Basic fertilization with compost, no use of chemicals, photovoltaic system, a boiler latest generation drying uses no diesel or LPG and is able to burn natural fuels, without releasing residues of combustion gases on the processed product.

Fabrizio Rahmah simple things evidently doesn't like: bet on Breed 77 was not the one and his love for rice in his most particular variety has led him to be the sole producer of rice Claw, a new generation of rice, in the family of Means (with narrow and long bean) fragrant and with a good cooking, with an amylose content equal to 25%, superior Carnaroli varieties, Baldo or Arborio. It has a 90% higher than the intractable amylose, avoiding the glue effect after cooking, keeping the beans well shelled. Carnaroli rice is another production certificate, not just one of the subtypes of Carnaroli (homogeneous types), as the Karnak, the Carnise or the Poseidon, that may be sold under the big hat ' Carnaroli '. And here it would open a discourse on the varieties of rice that would lead us too far. 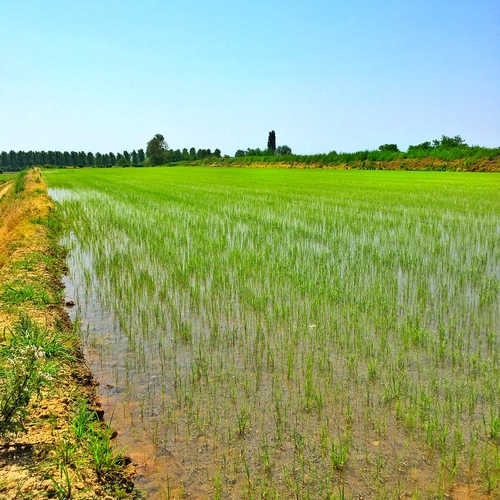 Made in Italy. The art of processing...

Made in Italy. Flours and grains...