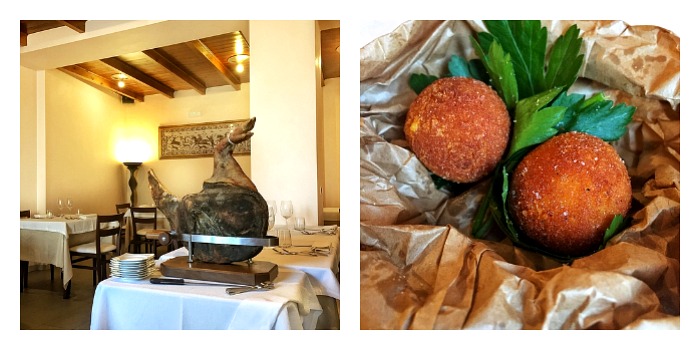 There is so much in Sardinia Roberto Serra dishes, chef's patron del ristorante Su Carduleu, Abbasanta, in the province of Oristano. A Sardinia, from appetizers to desserts, intelligence emerges in combinations, with balance in the preparations and with proper attention (but not exaggerated) the aesthetics of the dish. Past experience with Serra chef of the caliber of Roberto Petza, Bruno Barbieri, Gianfranco Visscher (just to name a few) They gave the chef that cultural baggage that made him find the right path in the gastronomic landscape island and national. His style is well defined, modern yet calibrated, marked by a reworking of the great regional recipes, whose ingredients are always the protagonists as a tribute to Sardinia and what you can give is through the earth and through the sea. On Carduleu is a restaurant “Sardo”, says (and he writes) the same Serra. Is’ was the family restaurant, that the chef has decided to take over from 2012: a quantum leap, which he gave the town of Abbasanta and to the entire island, added value in gastronomic terms. In November 2017 the place was renovated in the interior that are now clear, minimal and much brighter. The restructuring highlights and enhances fine wooden beams at the center of the ceiling, that did not previously have the deserved prominence because of the color orange in the walls. At the center of the room overlooking a beautiful carved Sardinian cupboard. The dining room staff was doubled to ensure an even more precise service, under the watchful eye of the good and courteous Sonia Rope. 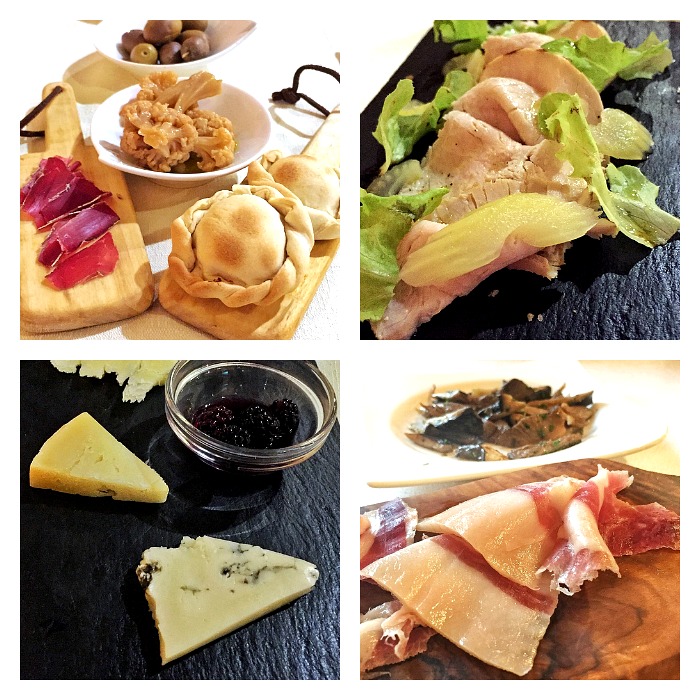 Three tasting menus, a ground (Starter, first, according to 25 €); a sea (three starters, first, main course and dessert at 35 €); and the chef's menu at 45 € (absolutely recommended, Available both meat and fish). In paper, some dishes which are now representative of Roberto Serra kitchen, such as roasted quail with its sauce (9 euro), the chopped raw beef with mustard mayonnaise and candied apple with cardamom (9 euro), fresh egg noodle with sauce of red ox and sheep (12 euros) and heifer brown-roasted Sardinian race with coarse and extra virgin olive oil salt (16 euros). Interesting selection of cheeses, all strictly local and also that of salami. When we visited in January 2018 dominated the center of the room a Sardinian pork ham (Shoulder to cheek) honed in Mamoiada, personally chosen by the chef, which it proved to be of excellent quality. Beautiful roundup of small appetizers the chef's menu: dalle panadeddas (small stuffed turnovers) Pickled cauliflower, passing through a soft baked at a low temperature lonzino, Sardinian olive, Mamoiada Ham. Pleasant even small rice balls with Oristano Ovinfort Thiesi cheese and bread crivalzu (the typical bread of Abbasanta and Ghilarza). 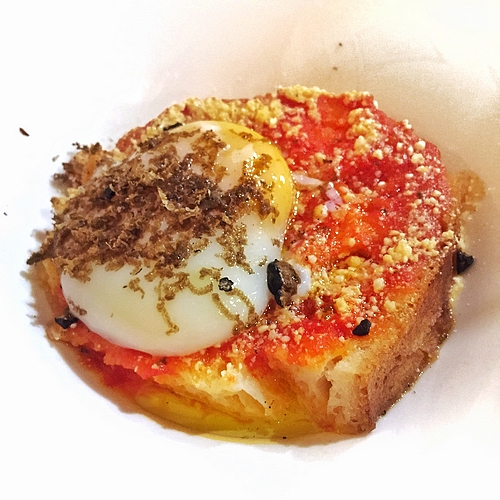 Even among the starters, served alongside roasted quail with its sauce of herbs scent, we tasted a review of “Frattau bread”, made with stale bread and not with carasau, a tomato sauce at the right point of acidity, a cooked egg yolk at low temperature of almost liquid, dusted with pecorino. In winter, if you are lucky, you can also taste the famous mushrooms “Antun”, del class PLEUROTUS (cardoncelli), simply boiled roast for lasciarne intact texture and fragrance, only with a little parsley. 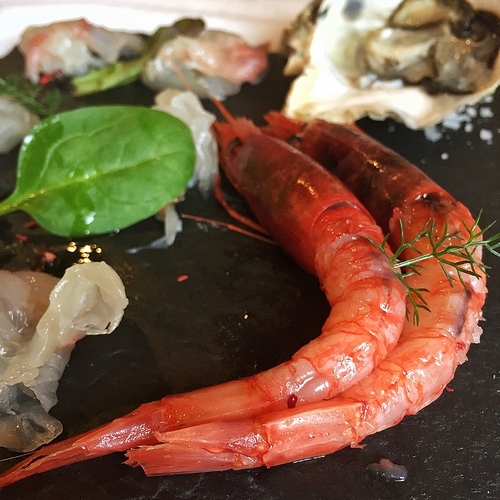 We were by Roberto Serra between 2017 and 2018, a few months before and immediately after renovation, and we both tasted the chef's meat menu (in January 2018) is to fish (in August 2017) and we had been to several other times on Carduleu. The chef puts an absolute attention to the ingredients and raw materials, It makes a careful selection of meats, fish, cheese, meats and vegetables, it provides to small and very small manufacturers and product research is the real added value of the On Carduleu kitchen. In fish menu, the appetizer is a raw prawns, oysters and carpaccio of sea bream with red smoked and extra virgin olive oil salt. The fish comes from San Benedetto market Cagliari, where you can find one of the best on fish of the island. 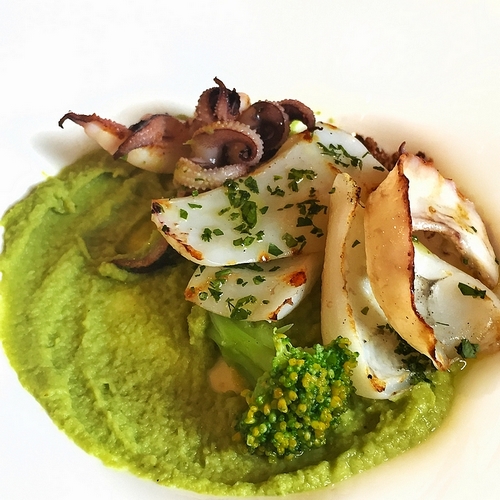 Serra is well expressed on both the meat is on the fish, but in our opinion it is the meat that is the best inspirations, respecting the island tradition that, in his hands, becomes sleek and lightweight. In fish emerge rather less typical items, great attention to cooking and aesthetics of the latest flat. The second appetizer of fish menu, after the raw, It is a very simple dish but very balanced and tasty: sepia roasted cream of broccoli, crumble bread and black olives. Tender cuttlefish, nice salty touch crumble and pleasant double texture of broccoli, cream and natural. 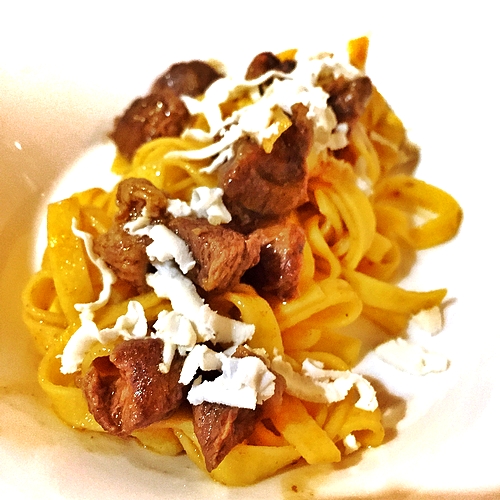 Roberto Serra is especially proficient in making the dough by hand, Another interesting feature of this restaurant in the high oristanese. Is, despite the chef is Sardinian, his favorite pasta is egg: thin, crunchy, light and always perfectly al dente. So, we tasted the noodles with cooked red ox meat sauce to the pan and pecorino, very balanced taste and a medium intense flavor, because red ox when cooked well known to be tasty but delicate together. 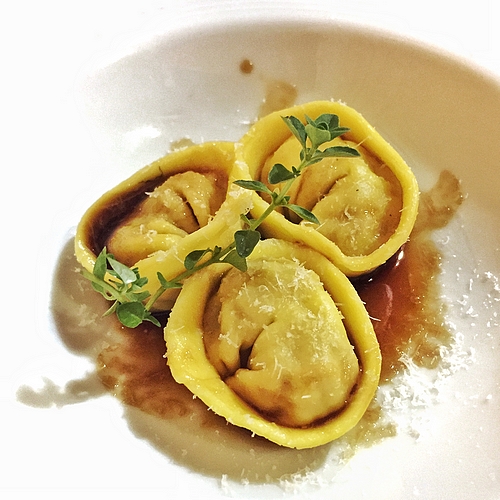 Still fresh pasta for the other first plate: ravioli and lamb seasoned with herbs glacè of gravy. A delicate and smooth taste, as always it happens with well-managed lamb dishes, accompanied by light balsamic notes of herbs. 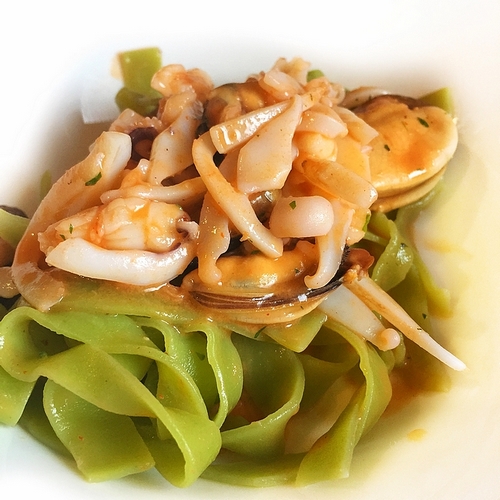 Back again in the fresh pasta first course of fish menu: egg noodles with chlorophyll chard dough, seasoned with just a rosé sauce made of seafood, crustaceans and squid. Delicate whole, with expertly cooked fish and very soft and plump mussels illuminated by the cooperative “Nieddittas” Gulf of Oristano. Lightweight and persistent hints of chard in the dough, which together gave minerality on the palate. 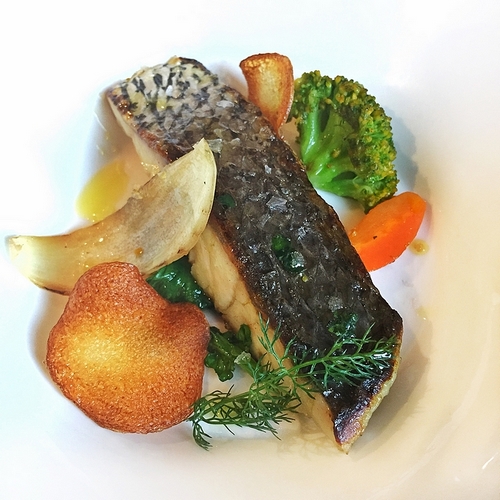 A triumph of simplicity and taste of the sea in the second fish: The chef creates croaker just scalded, soft and succulent, served with small crunchy vegetables (carrot, broccoletto, petals of onions, Swiss chard), wild fennel and potato chips. 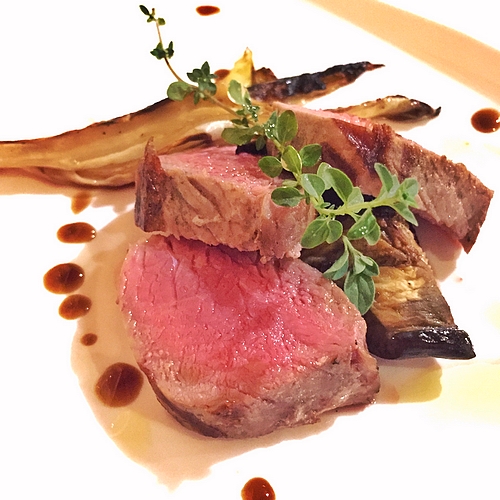 Great classic of the second degustazinoe chef's menu: a tender heifer Bruno-Sarda roasted race, rare, served with its bottom, grilled vegetables and aromas of herbs. A dish that the chef suggests Serra served with coarse salt and extra virgin olive oil. Really a greedy plate, a feast for meat lovers. 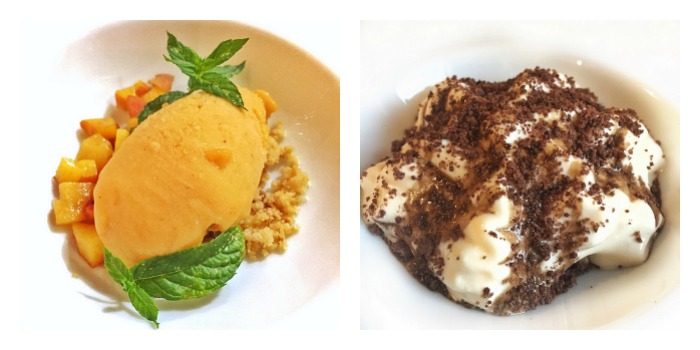 Finally, sweets: in summer, us a fresh peach ice cream with hazelnut crumble and mint was served. In winter, a more robust mascarpone foam (very light and airy) with a reduction of coffee and classic biscuits “mostaccioli” Oristano crumbled (we would have liked a few pieces of biscuit more a matter of consistency). wine list with a good Sardinian representation and some important well-chosen Italian names, markups below average: Su Carduleu you can drink well at very reasonable prices.

Reviews: restaurant “The tailors of taste”...

Reviews: “Josto” opens in Cagliari. the...