Reviews: Open doors in Rome from elsewhere, When the restaurant is also integration 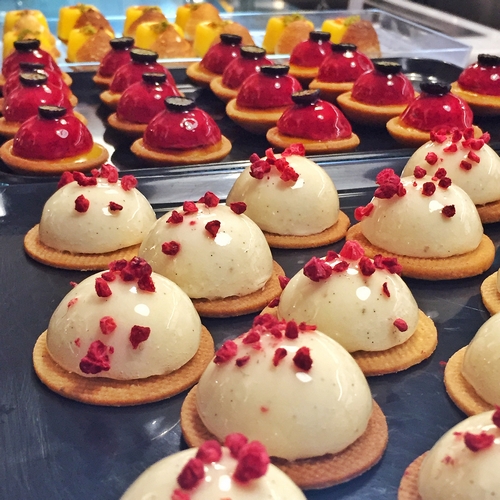 From elsewhere the doors are always open. I have been to those who worked there, they are for those who want to do cooking classes and investing in their future and they are for those who want to taste the dishes at this restaurant that likes to call itself not ethnic but, rather, “contaminated”. Elsewhere, Open from February 2017 in Rome, walking distance to Eataly and Ostiense Station, is a social restaurant born out of a project of the Cies Onlus, the Center for development information and education, using MaTeMu (Youth Center), has created a free training course for young Italians and foreigners of second generation, unaccompanied minors, and refugees, that can become sous chef, help-maker and operator control room c. The claim of Elsewhere is “doors open to the world” and the formula covers the whole day: from morning, around 10, for a breakfast with leavened products, pies and pastries, to go to lunch with an offer which privileges unique dishes, with protein, carbohydrates and vegetables in flexible and affordable (between 9 and 13 euros), until the afternoon hors d'oeuvres and a gourmet dinner offers. So far, from training courses have gone 60 boys and girls between 16 and 25 years: ninety hours of theoretical and practical lessons, common to each address, While sixty are specific depending on the chosen course. After the final exam, students play a traineeship from elsewhere, where the training courses, or participating in other Roman reality. The success of these courses is that in this latest edition, compared with 15 places available, have received over 200 requests. Restaurant Manager is smoke B, the head of training and the kitchen is Kanhaiya Lal, the chefs leading the line of lunch is Claudia Massara, While the bakery and pastry are often supervised by Valerio Parisi. The most important thing, to which you'll have to think about enjoying your dinner, is that restaurant revenues Elsewhere are reinvested in social education project.

The environment is housed in a room that used to be a bakery and it was renovated by opening the environments and creating a large kitchen in the basement, While the pastry is on the same level as the tables and the bar. The restaurant is large, minimal decorated, offering an intimate mezzanine, background music, walls with shades illuminated by small objects with strong shades, Turquoise and Ochre yellow. Dominates the room a long bar, stylish and original, built with doors and Windows that recall the local philosophy: opening and welcome. Is’ a tasting menu at 45 euro (7 courses), While the Charter provides a broad but not well calibrated proposal of appetizers, first and second. All with a particular attention to the needs of a vegetarian diet-vegan and gluten-free. All dishes are the result of a comparison of the chefs who oversee the project, and the same guys, they wanted to put something of their culture in recipes: you notice it in the use of ingredients like lime, dried fruit, Ginger, cous cous, Chili, exotic fruits (Mango), coconut milk, all United in dishes that, in most cases, achieve delicious and tasty balance. Where the boys in the kitchen and in room is varied: Mediterranean basin, Italy including, But even Bangladesh, Congo, Zambia. 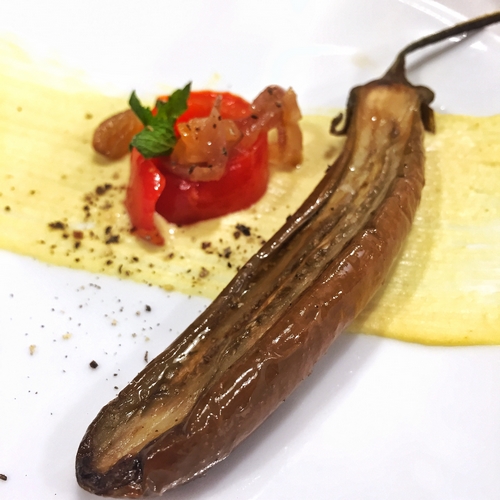 I tried the cuisine elsewhere for dinner, at the invitation of the Association that owns the restaurant, and I ordered the card trying many dishes in menu. Let me start by saying that the portions are very generous and, then, You can dine with satisfaction by ordering one or two dishes, and preserving a space for Petit Fours, that deserves special attention. The restaurant Elsewhere has an eye attentive to solidarity and social commitment also with regard to suppliers and products used, carefully selected seasonal produce. Among the products: the company's The Flaming tomato (the protagonist of the commitment against exploitation in agriculture), the yogurt of coop Barikamà, involving young Africans, the ROE of Tavolara of Sardinian Fish, the Palestinian couscous Maftoul distributed by other market, pastificio pasta Mancini farm (Brands), the meat of the sheep of Martignano (reared in the wild shores of Lake), cheese of caseificio empty Farm Food (edited by held the Rebibbia prison for ProLoco Dol) . In pastry, Valrhona chocolate, butter of Normandy, eggs from hens raised on the ground, organic stone ground flour by Molino Silvestri, PGI Piedmont hazelnut, almonds of Avola and Sicilian pistachio. The bread is made daily in house, with the sourdough. Dinner starts with an aperitif on the House: a glass of sparkling grape-based Cincinnatus Bellone and eggplant “bead” (Mini Eggplant) baked with onion and pepper fillet. 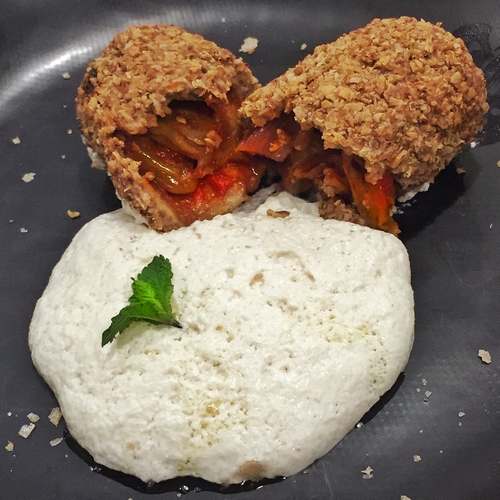 In the Charter of the starters (8-14 euro), with ample choice for vegans and intolerant to gluten, I tasted the Melandola (10 euro): a croquette (breaded in oats) with a vegetable ratatouille and Chilean grapes, served with almond foam: Breading is crunchy and not greasy, beautiful coupled with the sweetness of almonds. 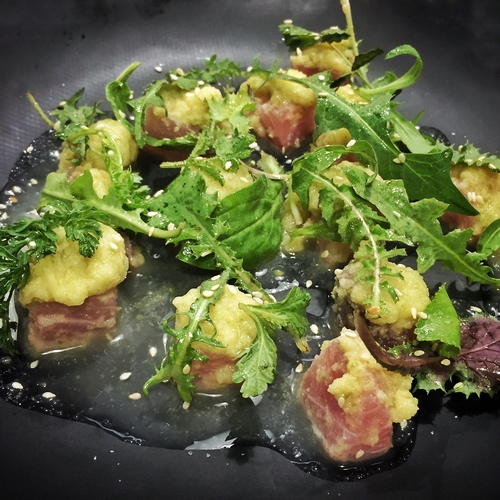 I also tried the ceviche, I especially love, marinated green Apple and chilli (14 euros): dish in quantities sufficient for two people, with fresh seafood and of course felled, cut into cubes and not steak tartare, with a strong acidity due to the lime and Green Apple. A perfect starter if you love raw fish, tastes fresh and want to stay light. 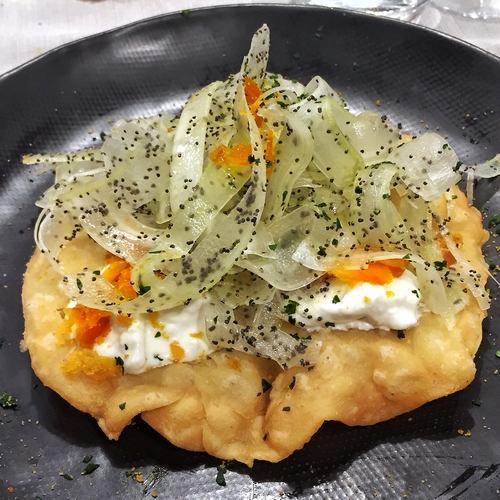 Yet, I tasted a dish called Tavolara, Sardinian inspired (12 euros): base made of “Seada” SARDA empty, covered with stracciatella di bufala, crunchy celery ribbons and a great mullet roe of Tavolara island, in Sardegna, so completely handmade. A compelling and unique dish, not light, Maybe along with a second undemanding.

For nothing convincing, instead, Although the game is very attractive, cold cream of peas, Buffalo ricotta dumplings with fresh strawberries and chocolate-covered (8 euro), far from balance of ingredients that are not easily combined into a Starter. The only dish that I honestly didn't like. 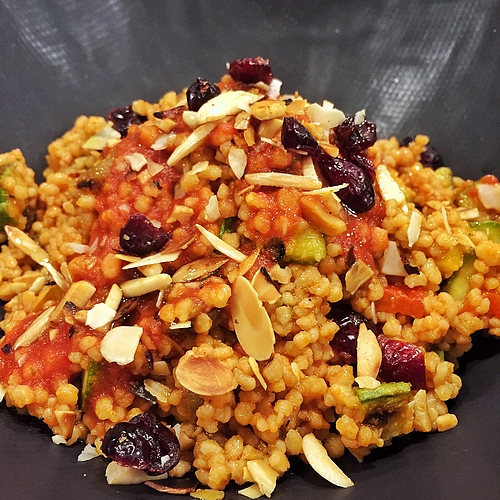 Among the first (between 13 and 16 euro) I tasted a fabulous cous cous, I recommend very, made with whole wheat (that Palestinian Maftoul by AltroMercato) with grilled vegetables, Cranberries and toasted almonds. Cous cous beautifully grainy, well cooked. A simple dish but interesting Mediterranean and Middle-Eastern influences recalls. 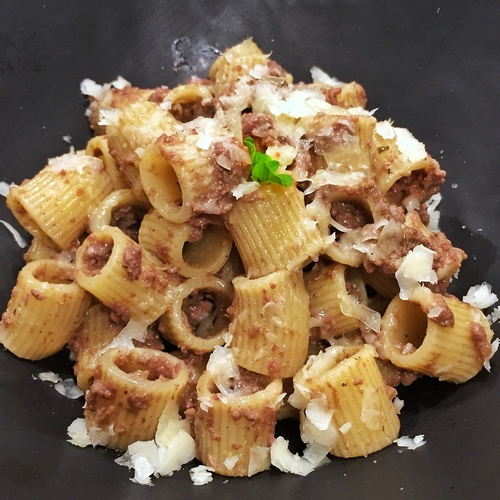 Then, mezzi paccheri pasta Mancini with dyed sheep of Maremma and tanned di Rebibbia (15 euros):
Perhaps one of the best dishes ever of Elsewhere, for intense flavors, quality ingredients, General equilibrium. And applaud the cooking pasta, al dente. 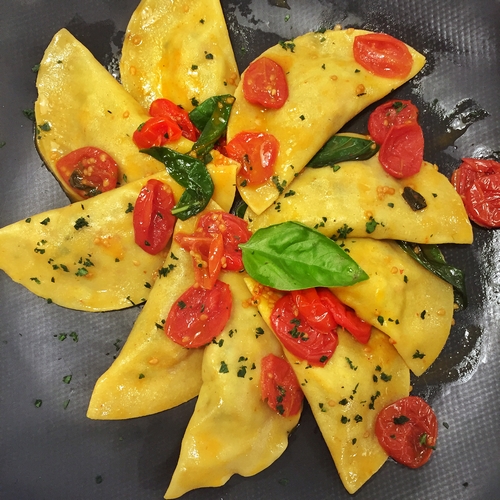 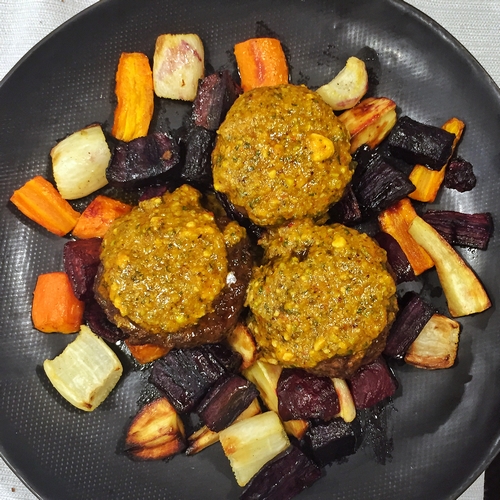 We come to the second (between 14 and 21 euro): are to be applauded, the Kofta Martignano (16 euros), spicy mutton dumplings, soft and succulent, accompanied by an interesting and well paired with spicy sauce of feta and pistachios, served on a mixture of turnips and carrots baked. You can order it as a main dish or divide it into two people and assure you that you will not regret it. Will that I like the red and white turnips, but I found it very tasty even the outline. 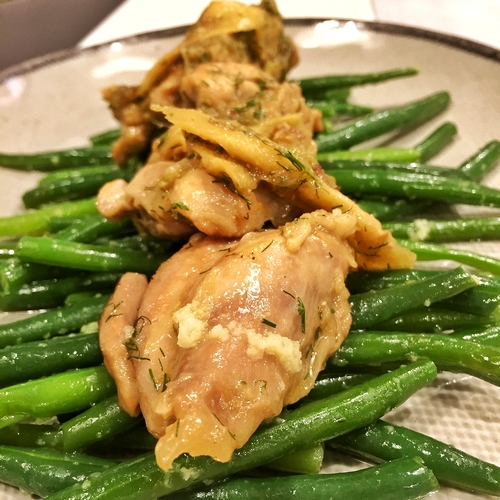 Good also the Braised Chicken with fennel and ginger, sour green beans salad (15 euros): a light meal, delicate taste, but with meat cooked to perfection, It remained juicy, and a crunchy vegetables, how I like it. 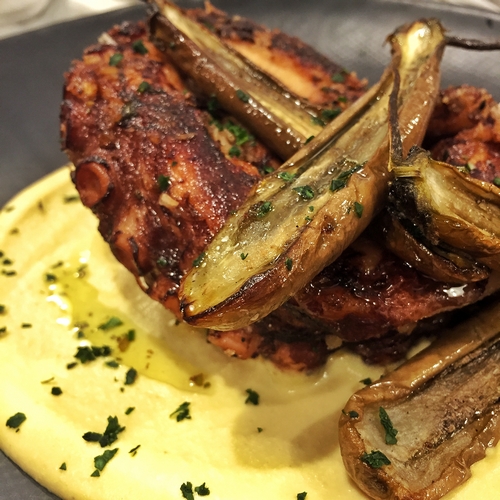 The last taste was “Thessaloniki”, an Octopus rosticciato in breadcrumbs with lemon, served with roasted eggplant on chickpea hummus with Rosemary (17 euro): the tentacles of the Octopus were very large, again the portion was enough to
two people. Cook the Octopus, first at low temperature and then passed into the plate, gave him a great softness and Middle East references in this dish were well present. Maybe I only gave an extra touch of acidity in breadcrumbs. 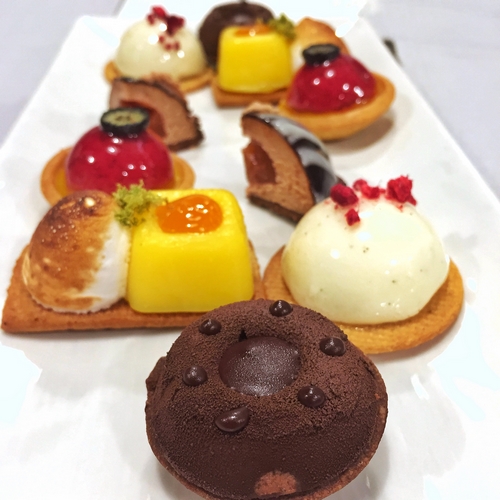 To conclude, the restaurant Elsewhere doesn't offer desserts, but a small selection of French-style pastries which varies continuously, also because it is the result of pastry courses than boys follow in the afternoon. The overall level of pastry is high, as shown by the various mignon I have tasted: delicious combinations of dough, dark or white chocolate mousse, with raspberry, Caramel, Apricot, lemon curd and meringue that gave good feelings of acidity and games of textures that would not level in the window of a bakery. The wine list is still under construction, and it shows, not so much for the small choice, as for the lack of precise information on both the producer and the designation of the proposed wine. Mark-ups, between bubbles, White and Red, are medium to high. There is still a proposal of dessert wines and rosés. Note on, definitely, for table service: two young operators who have been educated, smiling, attentive to customer needs, prepared and very funny.

Reviews: Olio&Farina, in Rome the pizza...