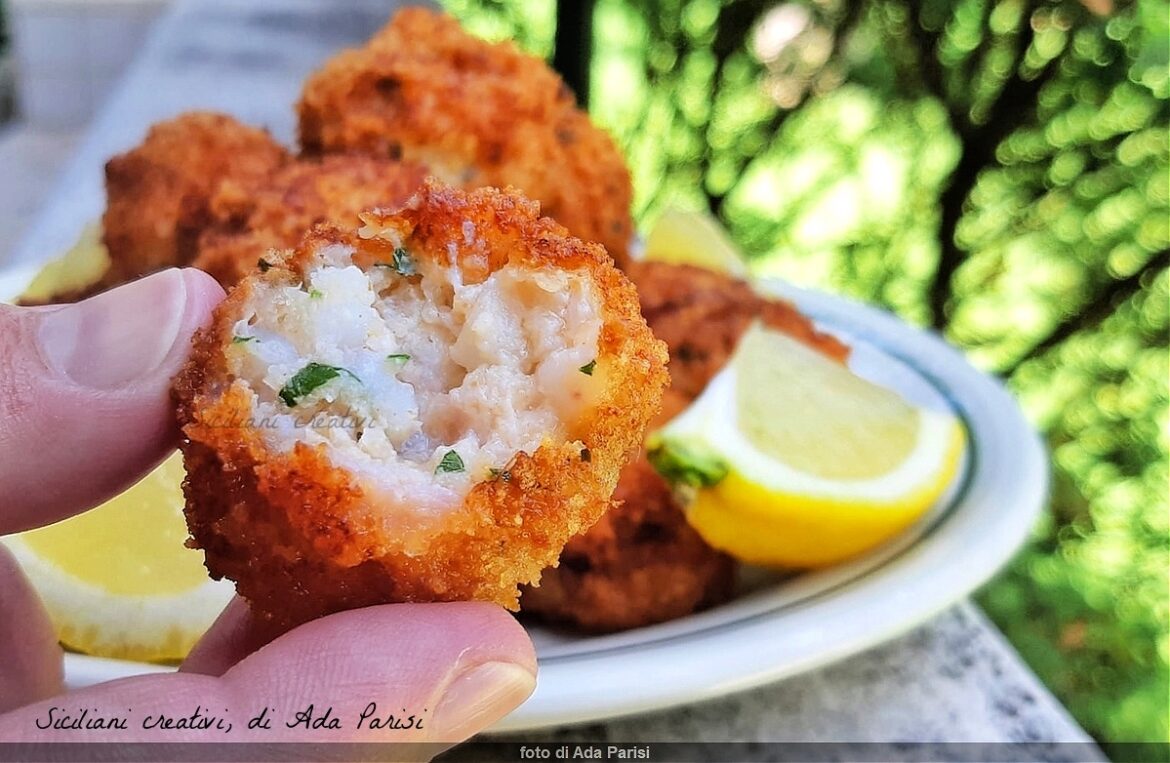 Who knows if I'll be surprised with this easy but original recipe: squid meatballs. Fish meatballs are always of an exaggerated goodness. These are easy to prepare, yummy and are a delicious appetizer or a tasty second if accompanied by a tomato salad. Everyone will like it and also the children, who maybe don't really like squid prepared in classic recipes, like those STEWED or Stuffed (even in video recipe). If, though, you love these kinds of preparations, have a look at all my RECIPES WITH SQUIDS.

I ate squid meatballs in La Maddalena a few weeks ago and fell in love with them: I didn't know the recipe and I'm not able to tell if it's a typical maddalenina or Sardinian recipe. I only found them twice and always in La Maddalena. And I immediately thought that I would want to do them again and that I would know how to do them even better than the original. Because, let's face it, in fish meatballs it takes a lot of fish and little breadcrumbs. So, once back in Sicily, I immediately set to work. I prepared them for the sea, that's why the photo set isn't the usual one, but I was too excited about the result not to give you the recipe.

Squid meatballs are easy to prepare: they're made with raw squid, finely chopped to the knife. And that's the only boring part of the job. I do not recommend blending the squid because you would get a sticky mush and the texture of the meatballs would not be the same. Then you have to prepare the dough for the meatballs with parsley, Salt, papá, a pinch of lemon zest for a fresher taste. And the grated pecorino cheese. Now, pecorino cheese in fish meatballs is necessary, but if you don't like the fish-cheese pairing, omit it quietly. I recommend: doses of breadcrumbs are a 'enough', but don't overdo it. Always remember: more fish and less bread. Dry the squid well, so they're dry, and let the dough rest for the squid meatballs for half an hour in the refrigerator before forming the meatballs with wet hands.

You can also bake them in the oven, at 200 degrees static for 15 minutes or until golden brown, But why? Fry people, Fry! Have a good day. 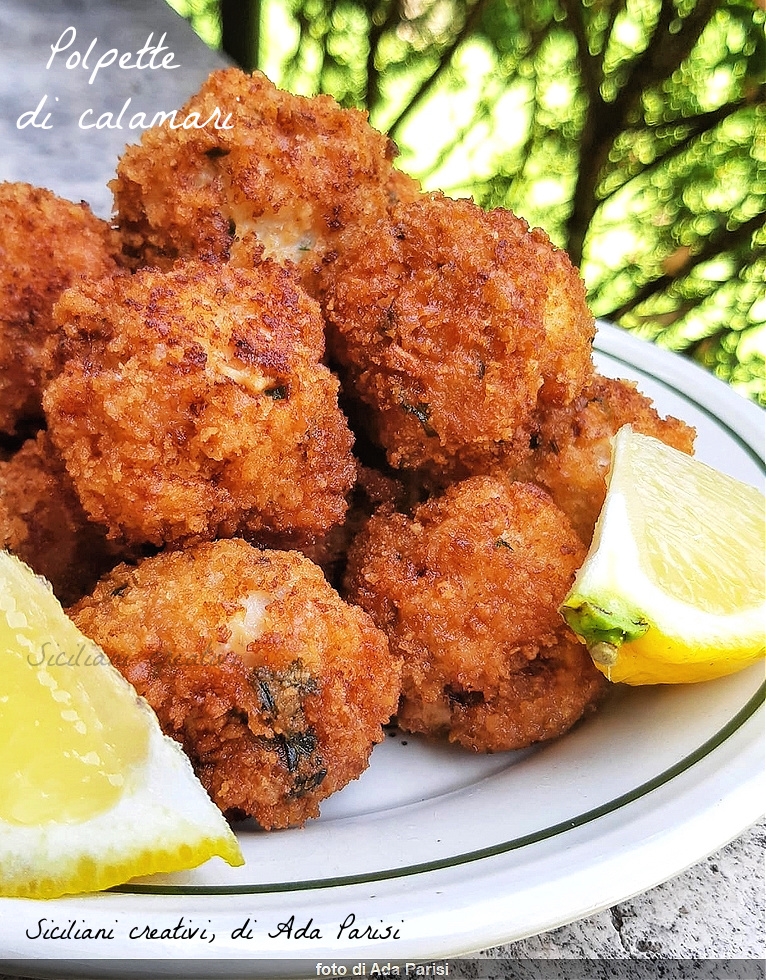 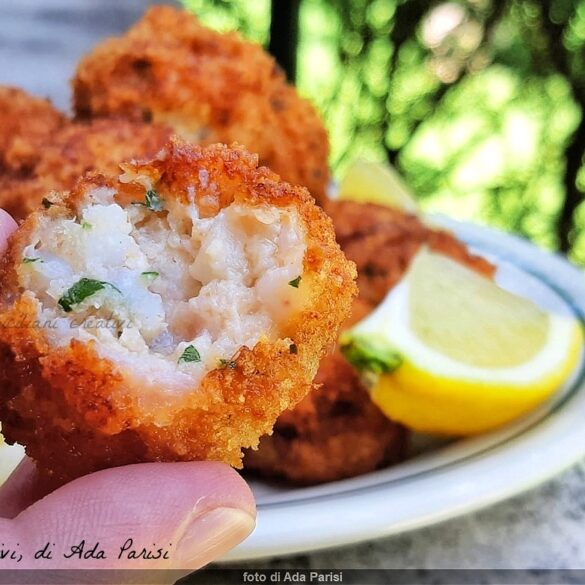 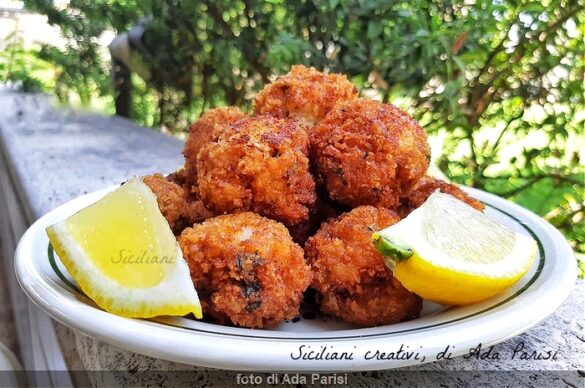 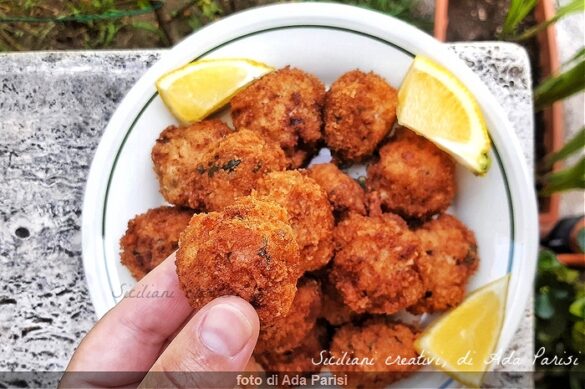 Wash the squid and clean them as you can see in this VIDEO RECIPE (unless you bought them already cleaned by the fishmonger). After cleaning them, removing the entrails, transparent cartilage, skin and rostrum, wash them still thoroughly. Dry them carefully, so as to eliminate as much water as possible. This will cause the oil not to burst too much during frying.

Chop squid finely at knife. I don't recommend you to blend them, why don't you have to get a mush, but bits of squid still distinguishable goods, as you can see in the photos below. 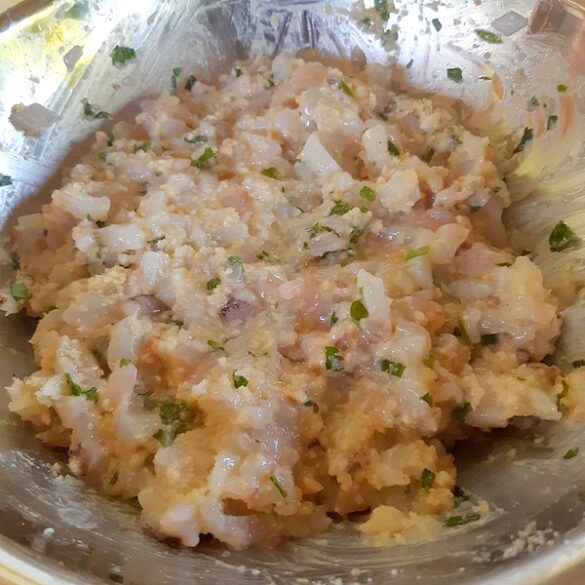 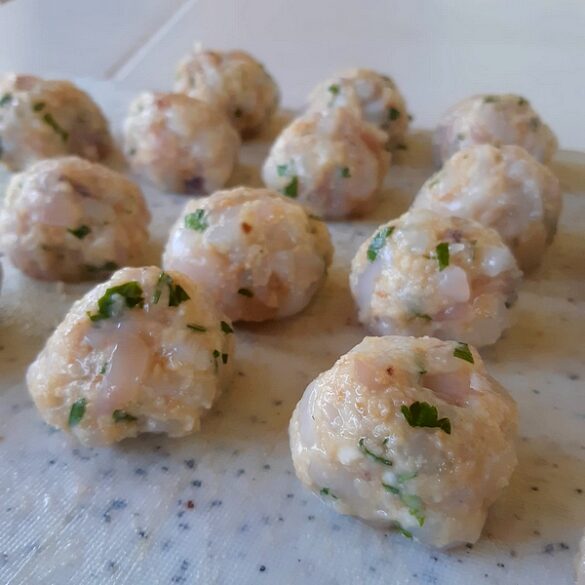 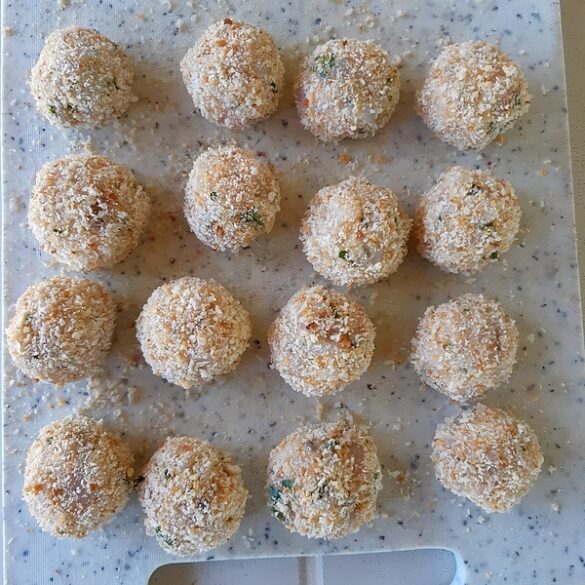 Put the chopped squid in a bowl, add the whole egg, finely chopped parsley, pecorino, the grated lemon rind, salt and pepper to taste (but always taste) and as much breadcrumbs as needed to get a soft but firm mixture. I advise you not to overdo it with the breadcrumbs and instead leave the mixture for the squid meatballs for at least 30 minutes in the fridge before forming the meatballs. In this way the breadcrumbs will absorb the moisture of the squid and the mixture will firm. 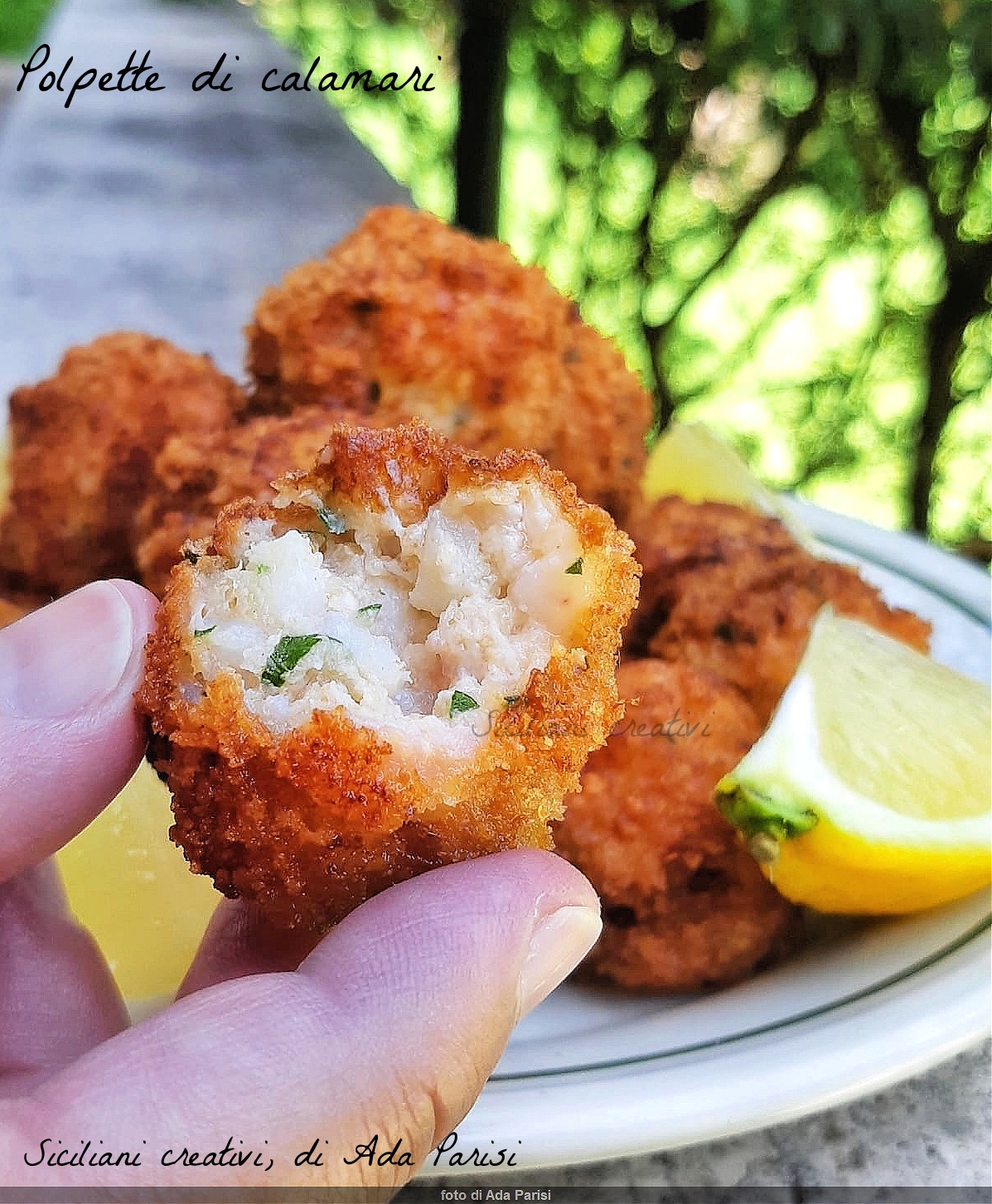 Form with your hands slightly moistened meatballs the size of a ping pong ball, pass them into the breadcrumbs and fry them in plenty of peanut oil or high oleic sunflower. As you should know by now frying should be done by immersion in oil at the temperature of 165 degrees. You bought the kitchen thermometer? When the meatballs will be golden from all sides, drain them from the oil and put them on a sheet of absorbent paper. Let the squid meatballs rest for a few minutes before serving. They're also very cold, although not as crispy as freshly fried. If you want, you can serve them with a spicy sauce made from chopped tomatoes, garlic and Basil. Bon appétit!

MATCHING: Murgo Brut classic method, obtained from the grapes of the Nerello Mascalese type, al 100%. A sparkling wine from Etna, produced by Murgo Cellars, from the very drinkable, obtained from a careful selection of grapes, with a stop on the yeasts between 2,5 and 3 years old. Scents of white flowers and spices; strong and elegant taste; fine and persistent perlage. A great solution for a fish meatball: squid and frying are two strong and, pairing, they need an important and relatively structured wine like a classic sparkling wine method.

Thanks to you and let me know! ADA