The pizzeria Electric Verace by Sergio Russo, in Milazzo, in Sicily, it was a bet won without ifs and buts. In the United States it is a normal thing, but in Italy opening a restaurant or pizzeria in a shopping center is not so common. Especially if the restaurant or pizzeria is 'gourmet', with a high quality offer. Sergio Russo, instead, has decided to open in 2019 its Verace Elettrica in Sicily, in Milazzo, inside the Corolla Park, one of the most important shopping centers in Eastern Sicily.

The origins of the Electric Verace: the pizzeria Da Clara

An even more courageous and innovative choice if we consider that Sergio comes from a very small village in the province of Messina, Upper Venetic, where his brother Tonino and his wife Clara have for decades one of the most famous clubs in the area: “By Clara”. Sergio's pizzas have determined the fame of this place, which also offers a small Sicilian home cooking, without hesitation or compromise, from caponata to chops. The village of Venetico Superiore is tiny and picturesque, but to eat at Clara's you have to book and find a parking space is a difficult thing. Then, the decision came to open a place that was only a pizzeria, in which to give life to quality and original creations. And the choice fell on the Parco Corolla shopping center in Milazzo. A good choice because, in the years, the Corolla Park has developed successfully and the pizzeria has also benefited from the growing traffic’ of customers. 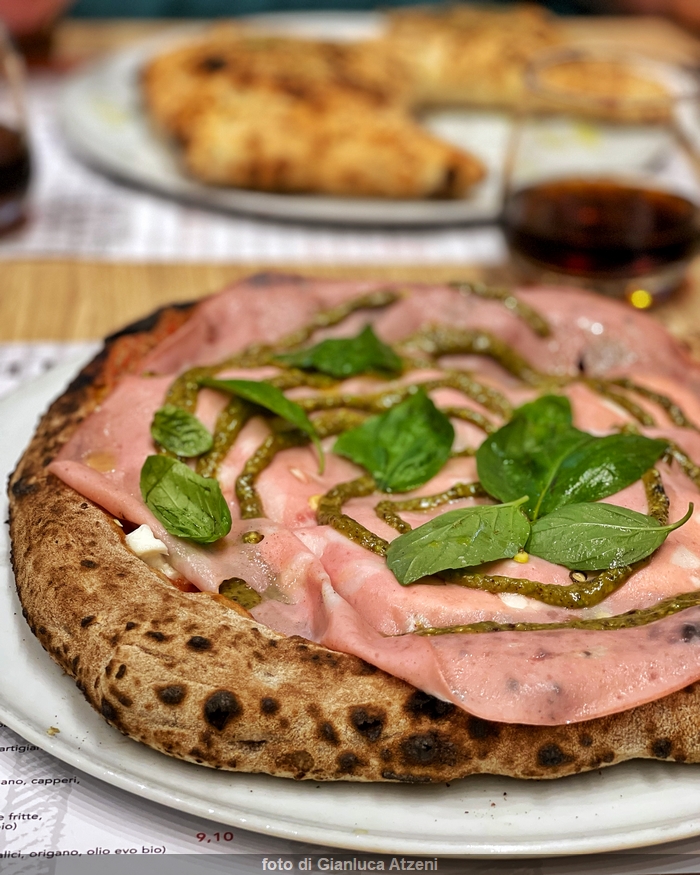 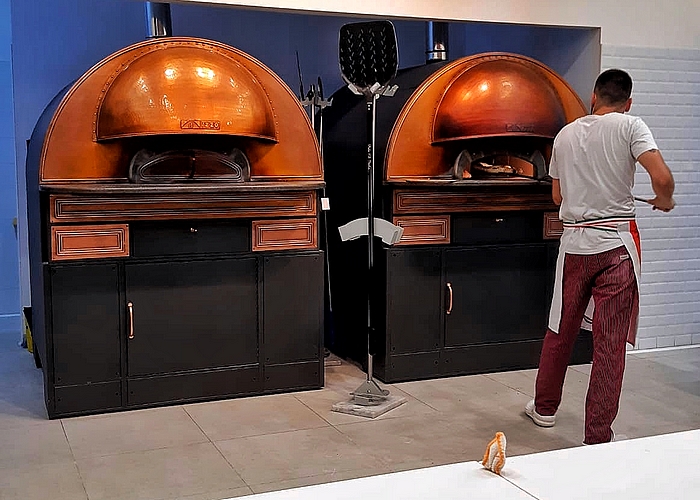 Verace Elettrica uses this type of electric oven. And it shows that you can make an extraordinary Neapolitan pizza in an electric oven, churning out pizzas in large quantities and with a very high standard, without smudges. Among the ingredients used: Barbera oil, Sicilian tomato Siccagno, provolone, buffalo mozzarella and the Neapolitan fior di latte (Sorrento Dairy), Petra flours, peeled tomatoes San Marzano Dop by Gustarosso.

Pizzas are available with classic dough with zero flour, or with multiceral dough or with Artemide rice. There is also an offer of gluten free pizza tuning in the VeraceElettricaLab. High hydration (80%) and long maturation (36-48 hours) are the basis of the lightness of the dough, that develops a well pronounced and honeycombed cornice and a soft but not yielding disc. 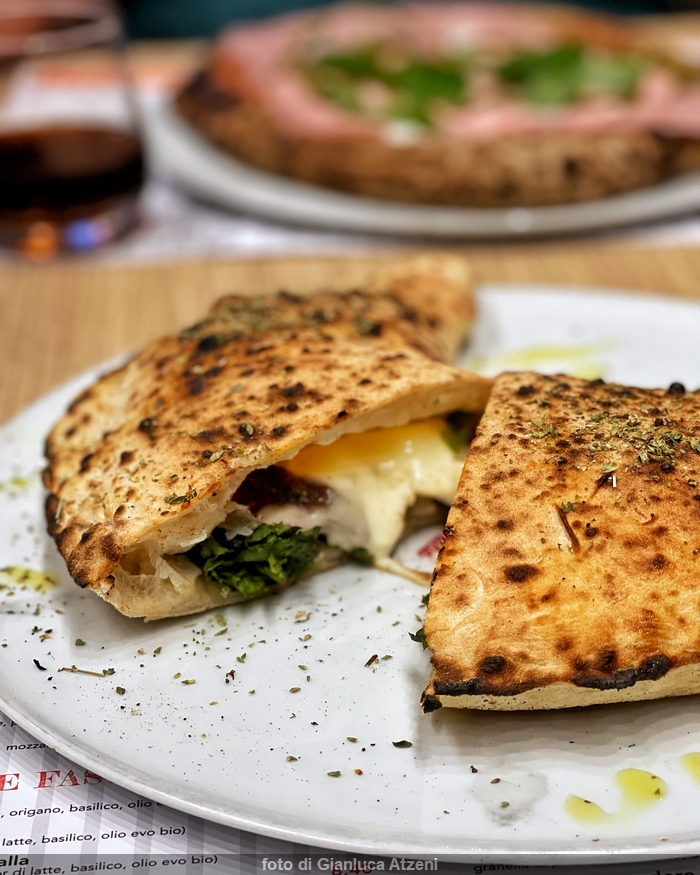 The strengths of the Electric Verace: staff and menus

We visited the Verace Elettrica twice, a year later and the judgment has not changed. Sergio Russo, despite the young age (32 years), doesn't miss a beat. Flanked by one young and well-trained staff, from pizza makers to waiters, focuses its menu practically only on pizza. Few appetizers, just to 'nibble’ something in the wait, that is never excessive. Crocchè, French fries (alone or with handmade sausages), eggplant meatballs and a kind of mozzarella in a carriage with ham and béchamel sauce.

Then pizzas, divided into three groups: “Fast”, including many of Sicilian inspiration such as the Norma, the Sicilian and the excellent Calzone of the territory with tuma and anchovies, that we tried in the classic dough. Nine pizzas “Tasty”, with tasty condiments like Mortazza (mortadella), made with pistachio, confit tomatoes and mortadella; pizza “Double P”, with mozzarella, pistachio in cream and grain, Bacon, stracciatella and confit tomatoes. 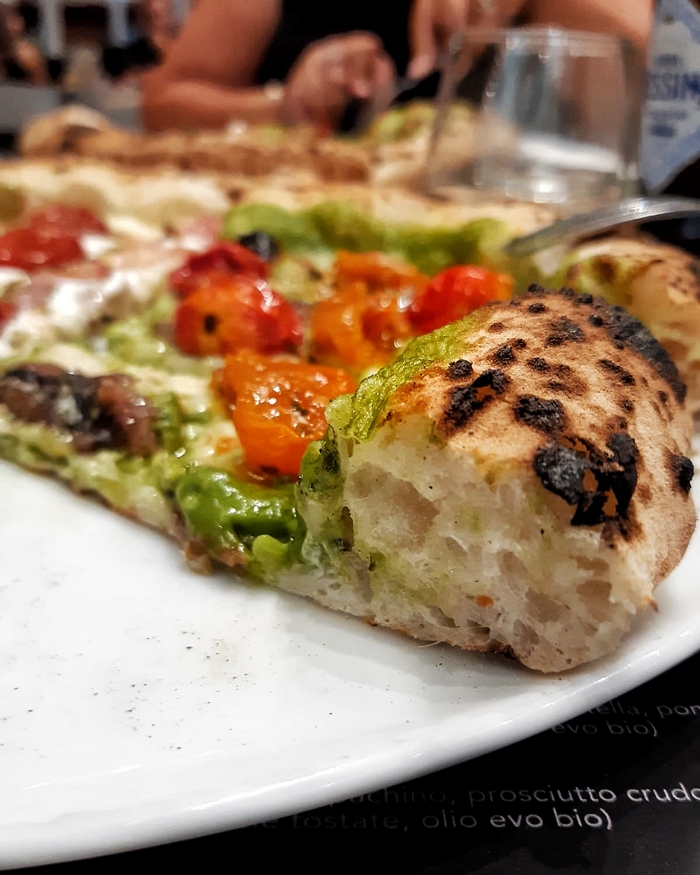 Prices? More than honest: from 5,3 euros of the Marinara to 13,20 euros of Envy. For appetizers: from 3,80 euros to 6,1 euro, whereas one serving of potatoes and sausages is more than enough for two people. To drink: wines and craft beers. Closing your eyes to the excess of lights, due to context, as well as the buzz, the Electric Verace is definitely one of the best pizzerias in Sicily.