Pizza in the wheel 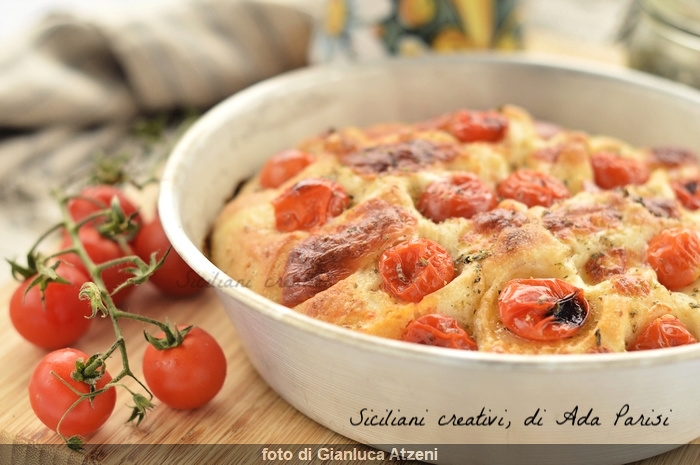 High, soft, rich in seasoning: pizza in the ruoto is a traditional recipe of the Campania region, connected to the peasant world and its housemanies, who made this particular pizza with the leftovers of the preparation of daily bread. Is’ a recipe of memory linked to the great campania tradition in terms of bread and pizza. The “ruoto -” it's a metal baking tray, often aluminum (I use the pastiera baking tray), iron or copper, where you cook pizza inside low-speed wood ovens, temperatures between 220 and 280 degrees or so. The result is a soft and high pizza, that should be eaten with your hands. You can enjoy hot but also cold. After twenty-four hours of cooking it is still soft and fluffy.

The dough of the pizza in the ruoto is composed of the traditional ingredients that are used to make bread but also for Neapolitan pizza. Farina, water, salt and yeast. Is’ double leavening is required: the first of about 8 hours at room temperature and the second of about 30 minutes inside the baking tray (the rotate) where it is cooked. For this reason, in the preparation method, looks more like a focaccia like that Pugliese or to PIZZA IN A BAKING TRAY.

You have to roll out the pizza disc with your hands and with a slight pressure of your fingers. Without the typical movements made by the pizza maker who makes the classic Neapolitan pizza Stg (traditional specialty guaranteed), with the low disc and the high cornice. Pizza cornice in the ruoto is low, or it is not present. The alveolature is sometimes wide and at times is more compact. Condiments are the classic ones: tomato, oregano, extra virgin olive oil, fiordilatte or mozzarella.

Compared to both Neapolitan pizza and LONG LEAVENING, the pizza in the rotate is cooked at lower temperatures and with much longer times. Ingredients, Like this, give the dough more moisture. According to tradition, yeast is a dry brewer's yeast, it only takes very little, And the flour a double zero specific for pizza. 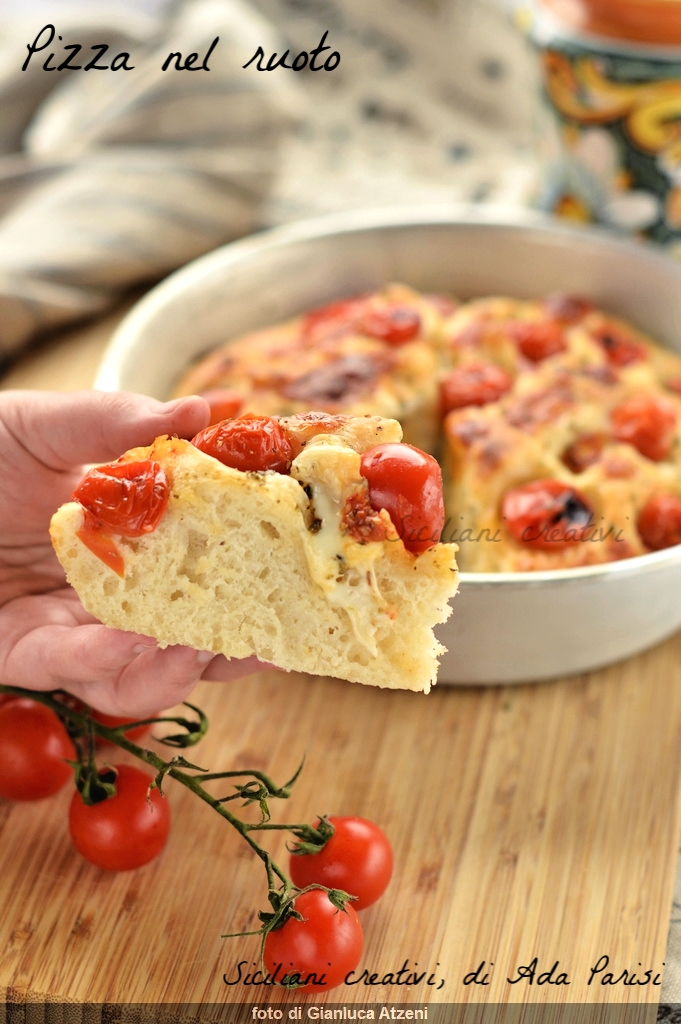 In Campania, the pizza in the rotate is made at home, in bakeries and pizzerias. Is’ one of the traditional dishes of moms and girls. It is precisely the pizzerias that have rediscovered it and have proposed it back to customers, as an alternative to traditional pizza. And today there are many interpretations of pizza in the rotate made by some master pizza makers from Campania, from Franco Pepe to Pasqualino Rossi to Diego Vitagliano.

The pizza in the rotate that we decided to make is the one suggested by Diego Vitagliano, holder of the Pizzeria “10 Diego Vitagliano” in Pozzuoli and Bagnoli, among the greatest exponents of contemporary Neapolitan pizza. 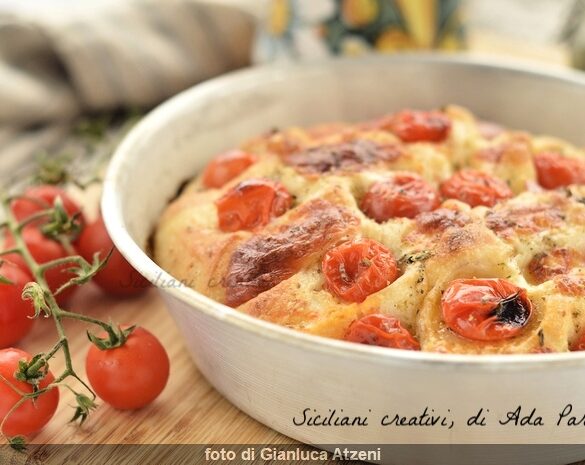 PIZZA IN THE RUOTO (Neapolitan recipe)

DOSES FOR 2 PIZZAS IN THE RUOTO (2 cups of 18-20 cm in diameter)
FOR THE DOUGH:
500 grams of flour double zero
330 milliliters of natural water
2 grams of active dry yeast
10 grams of sea salt up 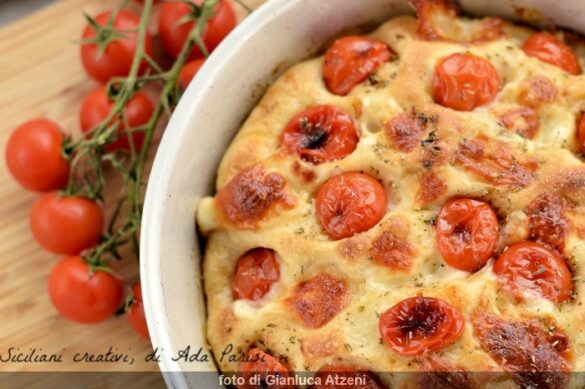 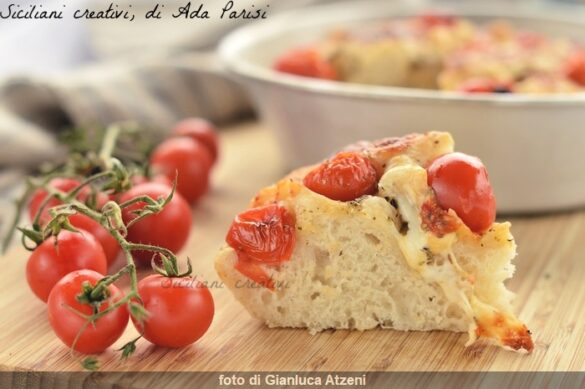 For the pizza dough in the roll, pour water into the the planetary or in a large container. Dissolve the yeast and add the flour. Mix the ingredients and knead for ten minutes by hand or at low speed. Let the dough rest for five minutes. Add salt. Knead for another ten minutes, until you get a dough, smooth and homogeneous. Once the dough is finished, get two 420 gram pieces each (the recipe is for two pizzas in the ruoto). Grease two plastic containers with olive oil. Store dough panes in containers. Cover with a food film and let stand for about eight hours, at a temperature of about 22 degrees (room temperature).

It is not difficult to spread the pizza in the rotate. After about eight hours of leavening, the volume of the dough will be doubled. The first thing to do is to preheat the oven to 230 degrees. The second is to take two round metal baking trays (the rotate), del diametro di circa 20 centimetri, with edges about 7 centimeters high. Grease the baking trays with a little extra virgin olive oil.

Slide the dough from the plastic container directly into the baking tray. With hands, lightly enlarge the dough to cover the entire surface of the baking tray. Repeat the procedure with the second panetto: you could use yellow cherry tomatoes and another type of cheese, to bring to the table two different interpretations of pizza in the rotate. 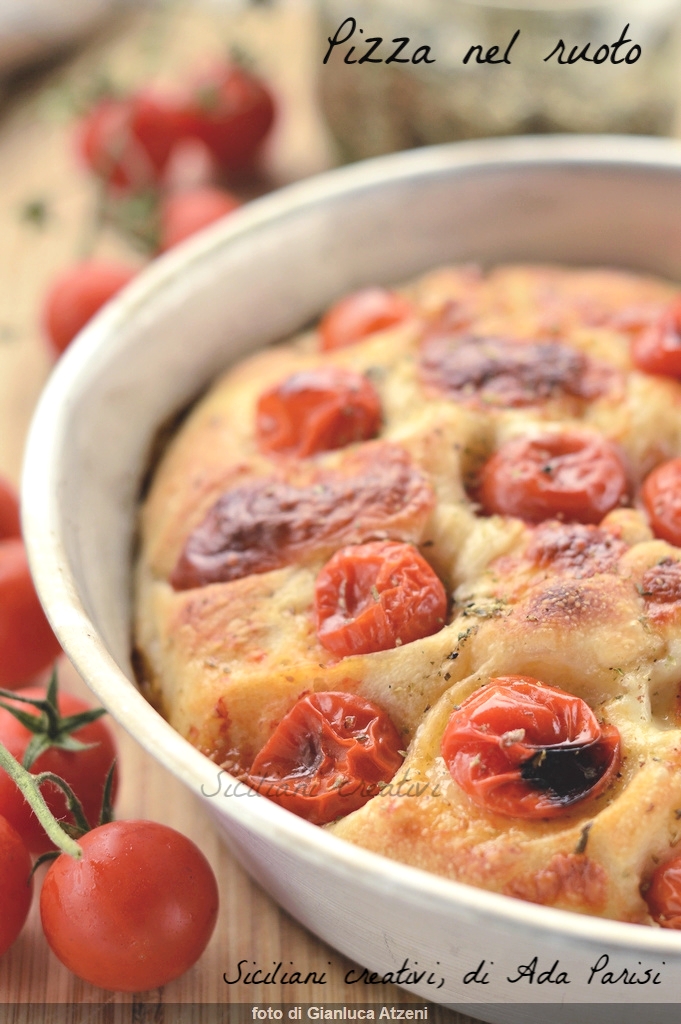 Wet the fingertips with water and press the surface of the dough slightly, so as to form small dies. In these dies insert the cherry tomatoes cut in half. Sprinkle the surface with oregano and a pinch of salt until. Bake the pizza in the hot oven at 230 degrees for fifteen minutes.

After 15 minutes, remove the pizza from the oven. Cut fiordilatte cheese or provola cheese into small pieces or thin slices. Arrange the cheese on the hot surface of the pizza. Put the pizza back in the oven for two minutes. Add a little extra virgin olive oil and enjoy the pizza in the hot roll. Bon appétit!