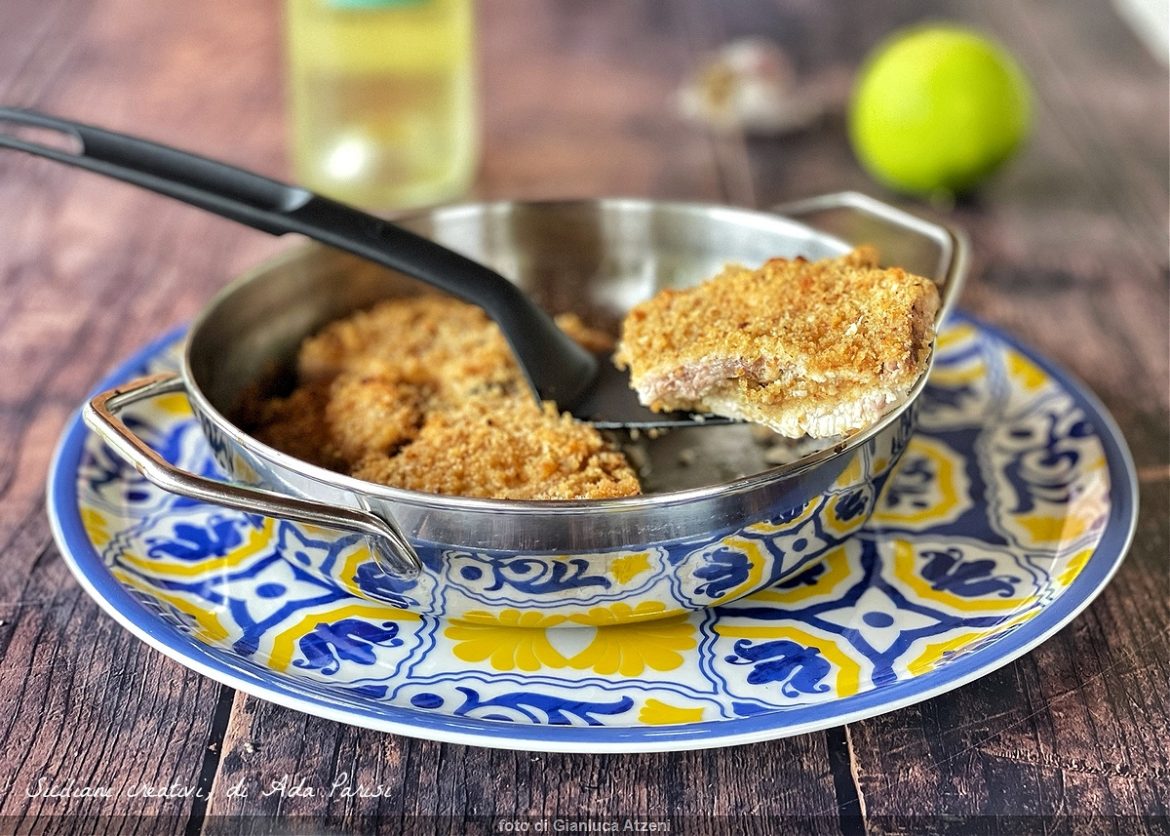 Swordfish au gratin: a quick and easy recipe, typical of Sicily and Messina in particular. As you know, the swordfish of the Strait of Messina is the protagonist of countless RECIPES WITH SWORDFISH, many of which are traditional Messina, but also Calabrian. This is one of the simplest: in prativa it is a swordfish pie prepared in a pan. On my YouTube channel also find the VIDEO RECIPE. To prepare it you will need slices of fish not too thick, about half a centimetre. And a breading consisting of breadcrumbs, garlic, extra virgin olive oil, Capers, pecorino cheese and lemon juice. You can also add a little’ parsley, but not too much because it flattens the flavors.

Breading for swordfish au gratin and other uses

This is the typical Sicilian breading, that we use in different variations both to fill vegetables such as STUFFED PEPPERS, both to prepare the CUTLETS PALERMITANA or the ANCHOVIES IN PIE. Quick and easy, lends itself to many uses. Is, if it advances, you can freeze it in hermetically sealed frost bags.

The cooking of swordfish au gratin takes place in the oven, at 200 degrees and for 10-12 minutes: the swordfish, In fact, prefers fast cooking and at high temperatures. In this way it remains soft and juicy. This applies both to baked recipes, as the BAKED SWORDFISH WITH TOMATOES AND ALMONDS or the SWORDFISH PIE. Both for cooking on the fire as the traditional and very fast SWORDFISH A BAIN or the SWORDFISH CUTLETS.

In this case, you can also prepare it in advance and heat it or serve it at room temperature. And now I wish you good day! 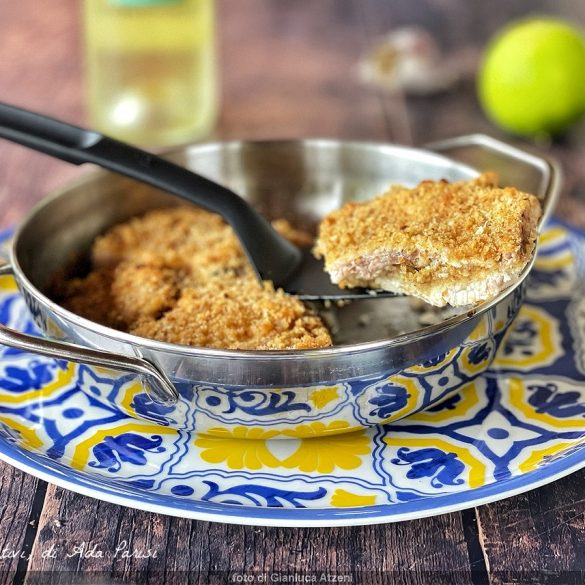 700 grams of swordfish cut into slices half a centimeter thick

the juice of a lemon

Capers in salt, to taste 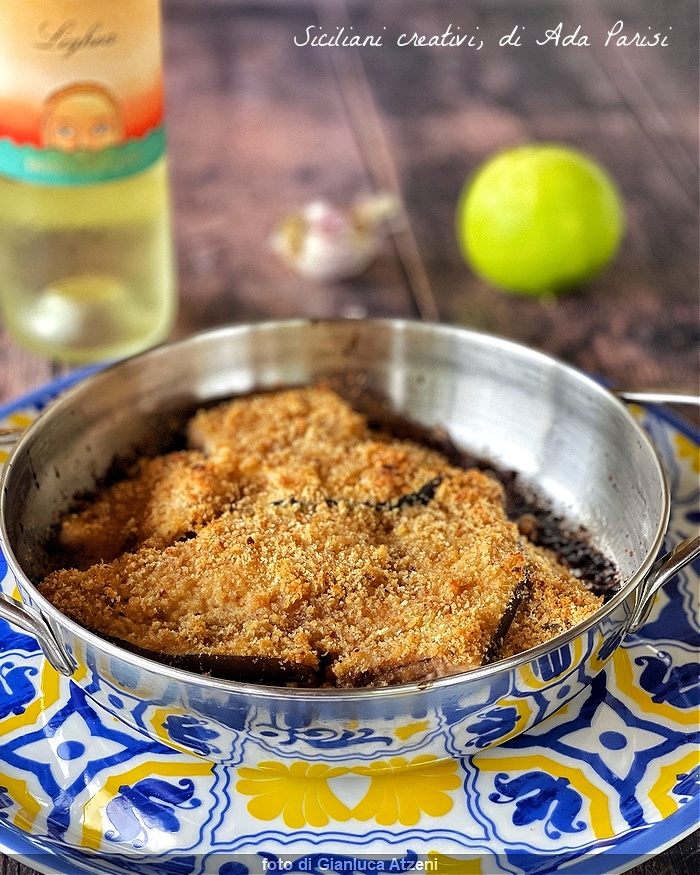 The recipe for baked swordfish au gratin is really very very simple to prepare. Watch the video recipe. Before you start, you can decide whether to remove the thin strip of skin of the swordfish or any bone parts or not. Personally, I find that the meat attached to these 'waste' parts is the tastiest and I prefer to remove them after cooking.

The only thing to prepare is the panura: place in a bowl the breadcrumbs, pecorino, capers watered under water and chopped and parsley (If you have decided to use it). Add the finely chopped garlic, a pinch of salt and black pepper and then add as much extra virgin olive oil as necessary to obtain a soft but grainy mixture. Also add a little lemon juice, the rest we will put between one layer and another.

Normally I only do two layers, that allow the fish to cook evenly. Bake in a preheated oven at 200 degrees for 12-15 minutes at most. The surface must be slightly golden. Serve swordfish au gratin in a warm or cold oven. Bon appétit!

Skewers or fried spitini from Palermo