With vegetables in oil, cheese, salami or anchovies 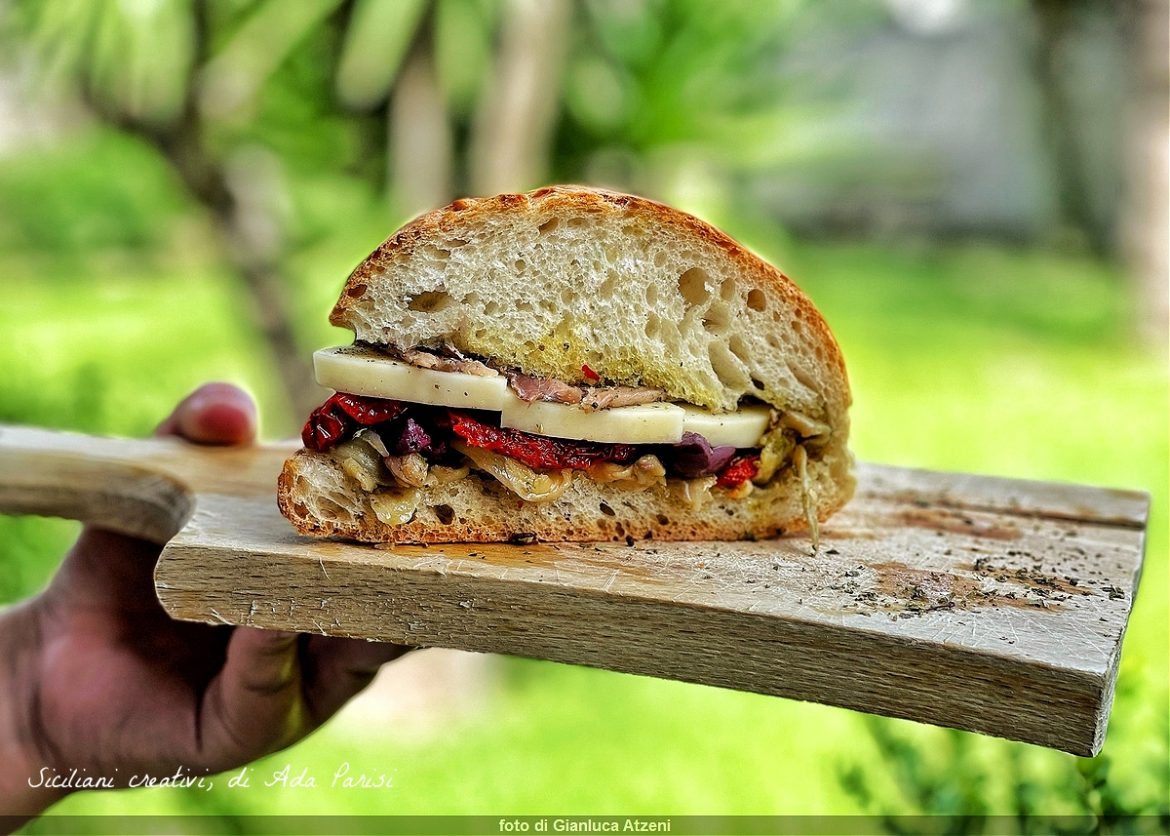 Sandwich alla disgraziata alla messinese, you know him? Is’ the Messina version of the famous SICILIAN CUNZATO BREAD (if you want to try it here is the VIDEO RECIPE), that you find especially in western Sicily, trapani area in the first place. Among the many variations of this poor and tasty recipe there is the Messina one, which I will also leave the VIDEO RECIPE.

The bread cunzato messinese and the kiosk of Don Minico

In Messina the cunzato bread , also called “unfortunate sandwich', is an institution. We go to eat it all together on the Peloritani, along the state road 113 that connects Villafranca Tirrena to Messina. Here is a kiosk that on this sandwich has built to its fortune. It's called “Don Minico” at “Four roads”. Homemade bread, round and with a crispy crust, stuffed with eggplant, artichokes and dried tomatoes in oil, olives, local salami and semi-seasoned peppered pecorino cheese or tuma. All products come from the Peloritani area, and the vegetables in oil are homemade, since Don Minico is now also a farm.

Bread to the unfortunate: tips and variants

My unfortunate sandwich recipe has a variant: I use salted anchovies instead of salami and I prefer tuma with pepper, too tasty.. A variant, that of the use of a sea product such as anchovies, which is also found in the Aeolian Islands. Where the cunzato bread is made with the addition of tuna in oil and capers.

Few tips: use an extra virgin olive oil of great quality and do not skimp on the quantity. Bread must absorb it. Yet, you need a homemade durum wheat semolina bread, with lots of crumbs and a thick and crispy crust, better if round. You can stuff it and heat it whole and then cut it into pieces. I used a bread already cut for convenience, since I also had to shoot the video recipe. Finally, prepare the sandwich to the unfortunate, heat it for a moment in the oven and then let it flavor for a few minutes before tasting it. As long as you resist the scent! Have a good day. 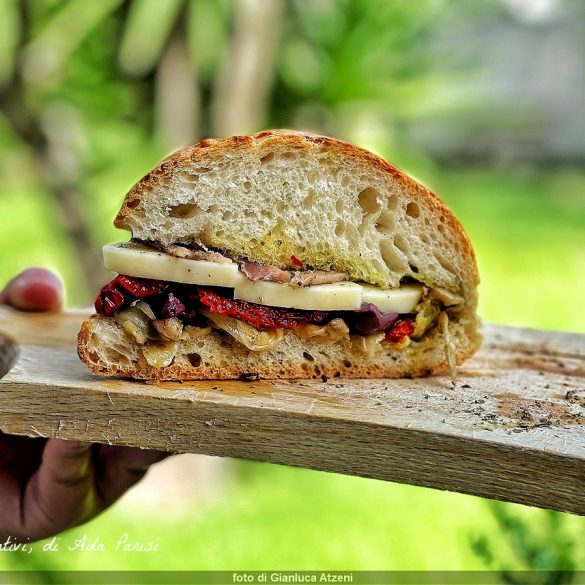 800 grams of homemade bread based on durum wheat semolina, better if round

eggplant in oil and/or artichokes, When just

Dried Tomatoes in Oil, to taste 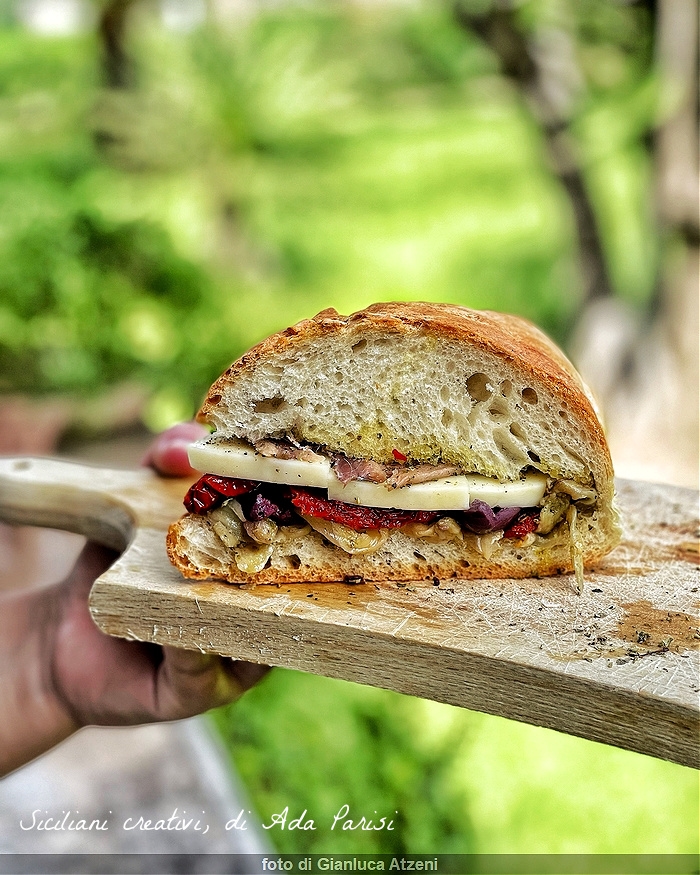 The recipe for the panino alla disgraziata or pane cunzato alla messinese is very simple.

Cut the bread or sandwiches you have chosen in half. Season the bread on both sides abundant extra virgin olive oil, then combine the two halves and crush so that the oil is distributed well on the crumb.

Wash the salted anchovies to remove the salt. Remove the bone. Obviously, if you have decided to use salami, omit the anchovies.

Spread the vegetables in oil on the bread: Eggplant, artichokes if you like and dried tomatoes. Add the olives, then the slices of cheese and anchovies or salami. Add a pinch of freshly ground black pepper and, If you like, a pinch of oregano. Cover with the second slice of bread and crush, gently pressing.

You can eat the unfortunate sandwich immediately, or after putting it for 2-3 minutes in a preheated oven and turned off, so as to heat it just. Usually I wrap it in plastic wrap and put it in the refrigerator to flavor for an hour or two. Then I put it in a hot oven but off as I explained above. Bon appétit!

Ferragosto: ten recipes for a lunch...