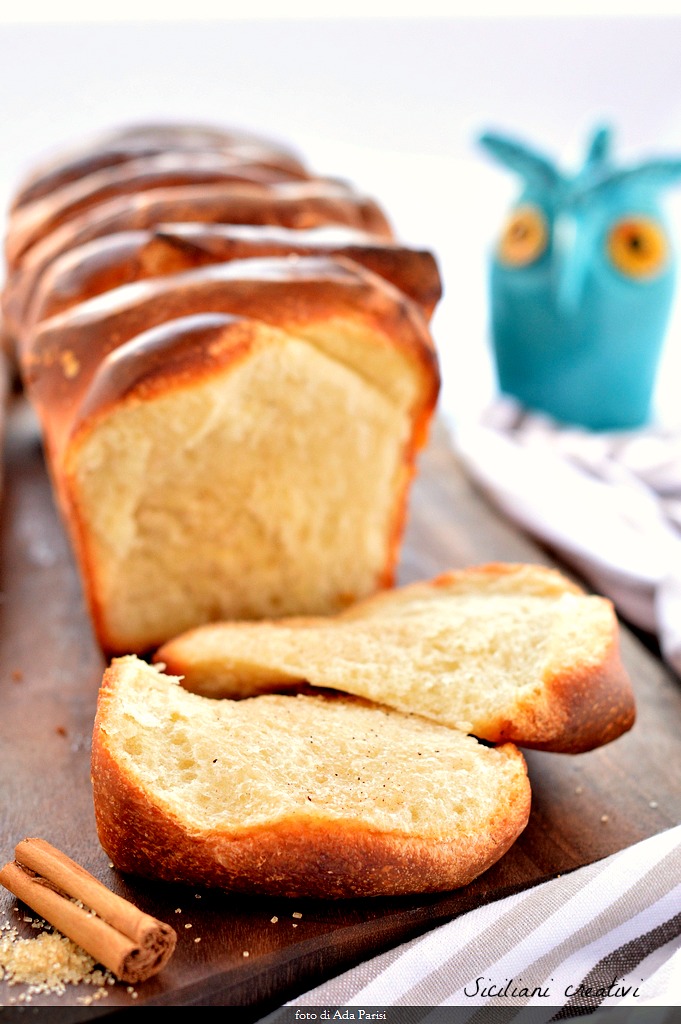 Today a peeled cinnamon swirl bread, namely the American “pull apart bread”, that you can prepare both fresh version is salted. You know I love kneading. Actually since 3 years I don't buy more bread, brioche, pizza bases, Croissant because I do everything in the House with my sourdough, Ugolino.

No public often long leavening breads or other recipes because I realize that the time needed for these leavened is huge. It ranges from a minimum of 24 hours up to a commitment of 3-4 days and I understand that very few have all this time and the desire to get caught up in a complex home production of bread and yeast. In fact, the time I couldn't have even I, so much so that I often go to bed at unlikely to churn out the bread of the week. However, if you are fans like me, take look at my BRIOCHES OF RECIPES, including the easy PAN brioche WITHOUT MIXING, Perfect for those who love leavened but has little time.

The recipe for Bread peeled cinnamon (pull apart bread) But I wanted to publish at any cost: first of all because you can do it with yeast but also with the yeast (I give the doses of the ingredients) and thus shorten the time to rise. Secondly, because the fragrance and the simple goodness of this veneer breads have conquered me. If you can't find buttermilk, you can replace it with 100 milliliters of whole milk to which you will add a teaspoon of vinegar and that you will rest 10 minutes before use.

The American veneer bread recipe, with cinnamon and brown sugar, is not mine but it is Sara Pope, one of my points of reference on the subject of loaves Inc. I slightly changed the doses because I wanted it sweeter original, but in brackets you find those original recipe. Is’ a really good bread, perfect for breakfast. Is’ as it is good for dipping, with its light fragrance of butter and cinnamon. And it is great to be accompanied by honey, jam or hazelnut cream. It keeps well 3-4 days wrapped in plastic wrap. 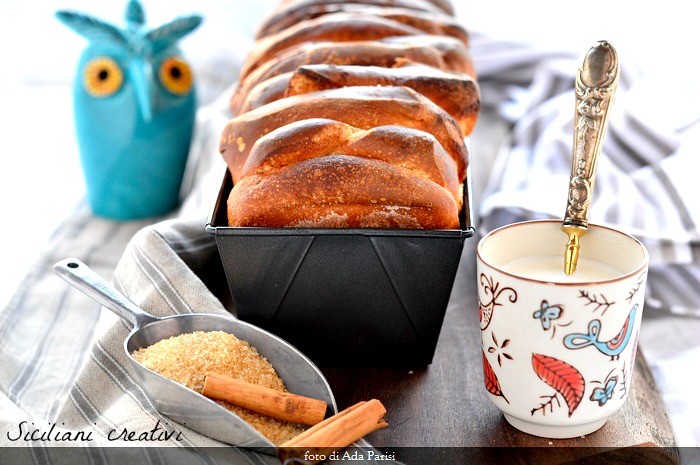 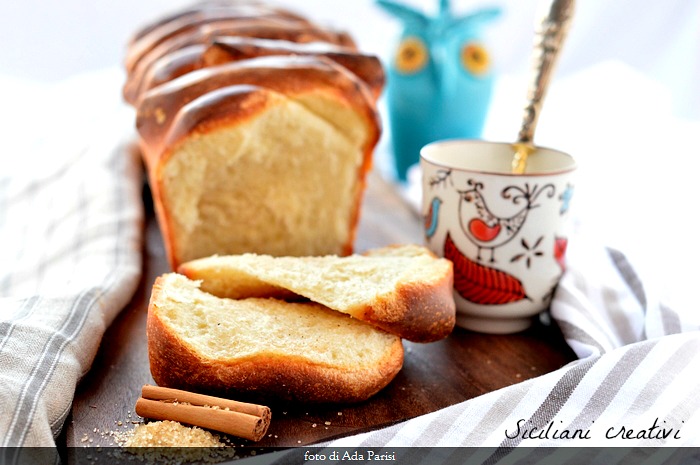 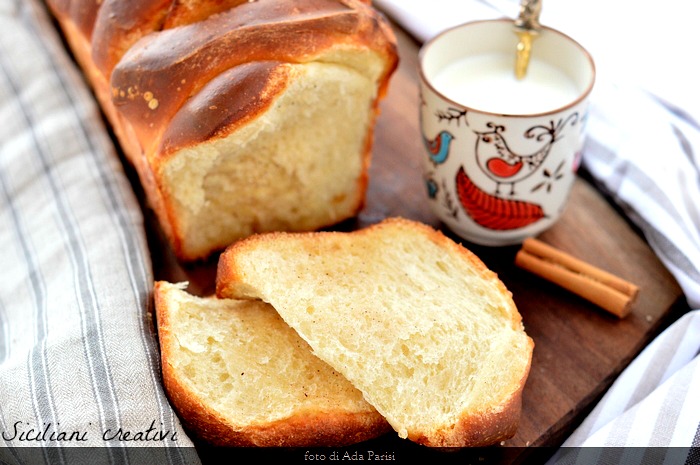 DOSES FOR A MOLD OF PLUM CAKE OF STANDARD DIMENSIONS: 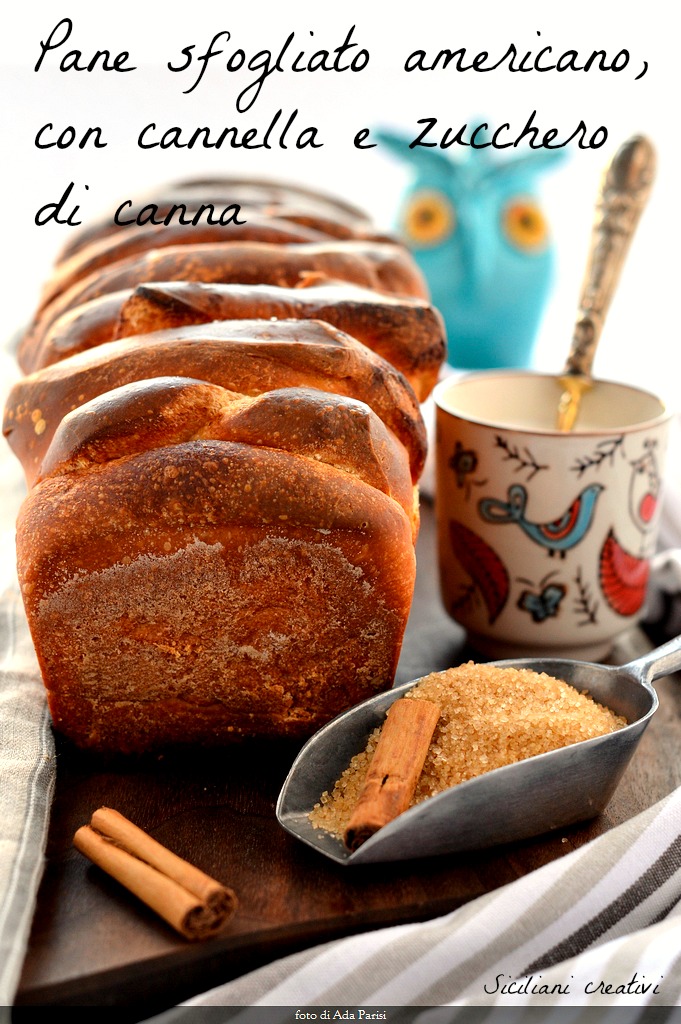 Put in the bowl of the mixer all the ingredients for the bread, except butter and salt. Knead with the K hook to obtain a homogeneous mixture, then add the butter and, Once the butter has been incorporated into the dough, the salt dissolved in 1 teaspoon cold water. Remove the dough and knead dall'impastatrice, by hand, until the dough smooth and shiny. Put the dough in a slightly greased container of oil and cover with plastic wrap.

At this point you can choose whether to let the dough mature in the refrigerator overnight or whether to immediately move on to the leavening phase. In any case, for leavening the dough must rest, always in the bowl and covered, at room temperature until it doubles in volume.

When the dough has doubled, spill it on the countertop, spread it out first with your fingertips and then with a rolling pin giving it the shape of a rectangle 50 cm long and often half a centimeter. Cut it into strips about 8 cm of side.

Melt the butter in a double boiler, Add the brown sugar and cinnamon powder, mixing everything until an emulsion. Brush with this compound strips of dough, taking care to distribute the melted butter with sugar and cinnamon evenly over the entire surface of the strips. Overlap the strips one on top, then cut into slices.

Grease and flour a bread mold in a box of standard size and insert the squares of dough vertically until the entire mold is filled. Cover with plastic wrap for food and make the dough to rise at room temperature until the volume doubling. When the dough has doubled (don't worry if it escapes from the mold, that's the beauty of this bread), Preheat the oven to 180 degrees and bake for 40 minutes, static. When the bread is ready, puffy and browned, spill it on a wire rack and cool completely. Keeps well for 3-4 days wrapped in plastic wrap: It's perfect for breakfast, perhaps with the addition of a little 'honey, jam or chocolate cream. Bon appétit!

Cherries cake and sugar of...

I forgot, “Ugolino” is simply phenomenal!:-D
I guess you already call him by name as you prepare to knead!
Only!
Antonella Kisses

And I'm taking while on vacation!!!!

Hi Ada!
I love kneading! I was looking for a new recipe to try and this beautiful fragrant bread happen about!!!
Just “baked bread” I will share with you the result!
Though I have a curiosity: I often read recipes made in USA where buttermilk. Can you tell me what does exactly?
Good recipes! ;-)
Antonella