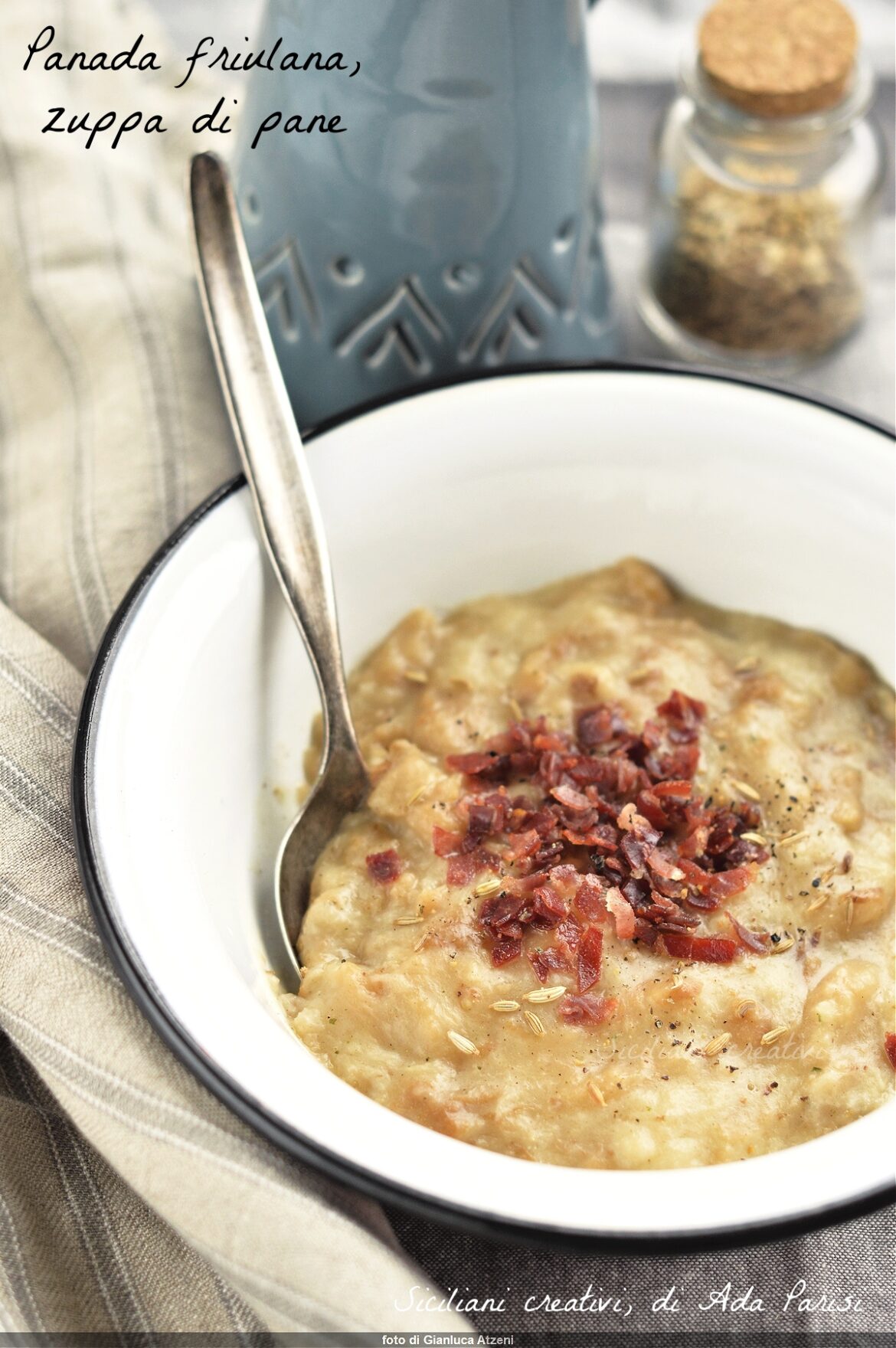 Today the recipe of the Panada (o panade) friulana, a bread soup made with very few ingredients. The panada is a very poor and delicious recipe, born in a region I love, Friuli Venezia Giulia, to recycle old bread. I met this recipe during one of my trips to Friuli and it intrigued me because I already know a recipe with this name, but it's about the typical Sardinian panada. In Friuli (but there is also a Venetian version), the panada instead is a soup made with stale bread, the wonderful mountain butter, the Montasio typical of those valleys and a handful of fennel seeds. Is, to show you how quick and easy it is to prepare, look at the VIDEO RECIPE STEP BY STEP.

If you are curious and want to try the Sardinian panada too, a simple and tasty savory cake that I love very much and that I often prepare, try my version of the PANADA WITH ARTICHOKES.

The recipe I give you is that of an eclectic and very good cook, Thérèse Covaceuszach, who runs the Sale and Pepe trattoria in Stregna with her husband, near Udine. Friulian panada is not a 'restaurant' recipe, it's a poor and familiar recipe, everyone makes their own and applies its own little variants. So every recipe is a family story, equal to none.

Being a poor dish, the ingredient in which you bake bread was water. In the wealthiest families, or when you had to help children or sick people recover, you could use vegetable broth or even chicken broth. Butter, bread and Montasio are essential. But if you don't find the Montasio you can use another aged cheese like Piave stravecchio, or at the limit a Parmigiano 36 months. In summer, the fennel seeds were replaced by the fresh fennel, but there is also a variant that involves the use of chamomile flowers.

The crispy raw ham is a variant of Teresa: on the other hand San Daniele is so close that it would be a shame not to use the wonderful raw ham of San Daniele Dop, that give the final touch to this soup. It's going to sound crazy to you., but I tell you that this very poor soup, preparing in 20 minutes, has an extraordinary taste. Complex, intense, enveloping. Recycle that bread that has definitely advanced and try it, You'll love. Have a good day! 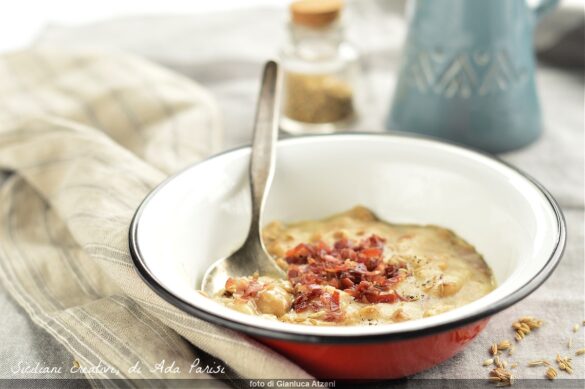 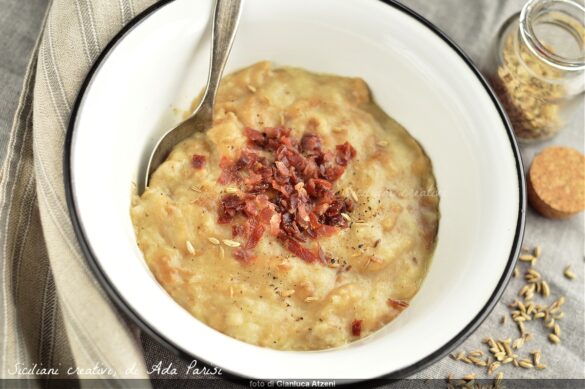 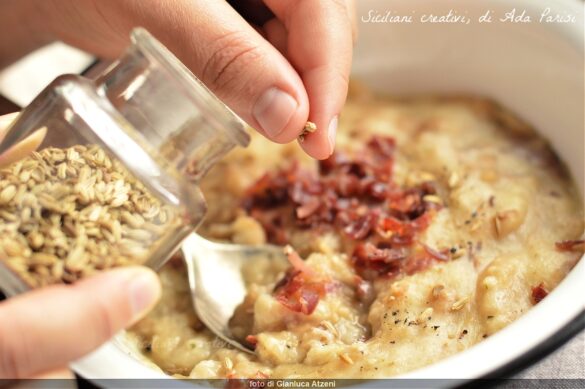 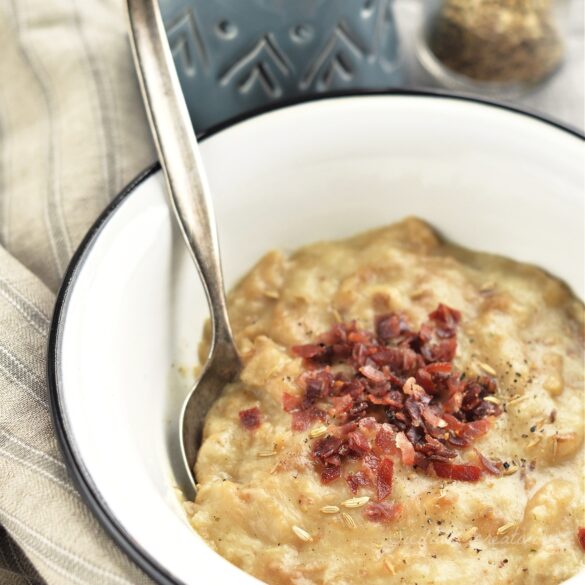 a teaspoon of fennel seeds or chamomile flowers 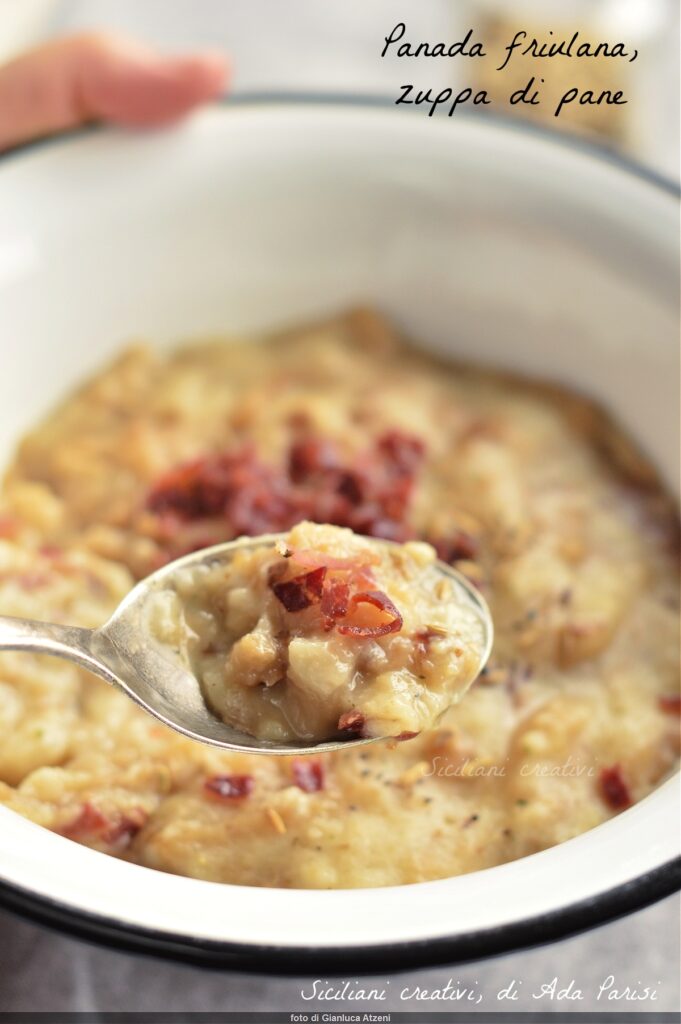 For this recipe you can also use bread that is days old, Indeed, the more the bread will be stale, tastier will be the soup. First you have to cut the bread into cubes or slices., as you see in VIDEO RECIPE. In a wide, high-edged pan, melt the butter over a gentle heat. Add the bread and brown it in the butter over low heat until the bread is golden and has absorbed all the butter.

While the bread browns, heat the water or broth (vegetable or chicken). I assure you that even with water the soup will be extremely tasty. Add the hot broth to the bread in the pan, Mix, add a pinch of salt and cook for 15-20 minutes or until the bread has undone, as you see in VIDEO RECIPE. Stir occasionally and taste to adjust salt. Halfway through cooking, lightly beat the fennel seeds (even with a glass) and join them with the Friulian panada.

While the stale bread soup cooks, cut the raw ham into very small cubes and brown them in a pan over a brisk heat until they have become crispy.

When the bread soup is cooked, dense and fragrant, season it with grated montasio cheese. Keep on high heat and add plenty of fresh ground black pepper.

Serve the Friulian panada by completing the dish with crispy pieces of raw ham, some fennel seed and a little more black pepper. Bon appétit!

MATCHING: Klin, Collio white Doc reserve, produced by Primosic. A white wine born in Friuli Venezia Giulia of extreme complexity, produced with Sauvignon blanc grapes, Friulano, Chardonnay and Yellow Ribolla. After fermentation in wood, starts a fermentation for 24 months in wooden containers and then goes into the bottle, where it rests at least 12 months before being marketed. The aromas of exotic fruits and Mediterranean scrub combine with a complex flavor, elegant, thanks to a balanced acidity to the toasted notes.