Christmas at the table in Sicily, semi-serious chronicle of a binge

All recipes province by province 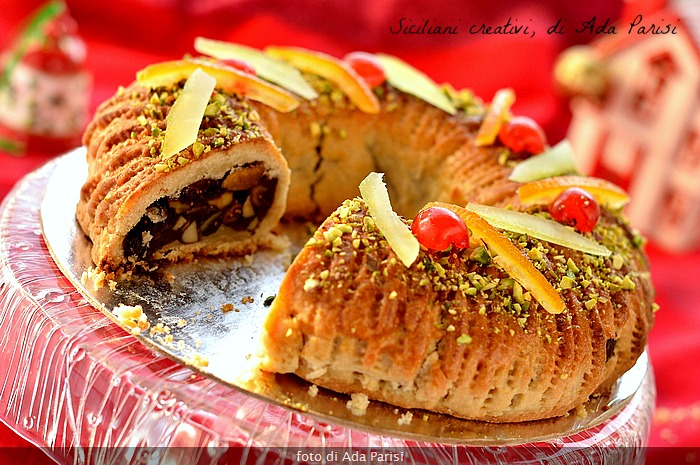 If it is true that eating is a social activity, that strengthens family ties and friendship, then we Sicilians are definitely an advantage. We eat 24 hours 24, 365 days a year. But mostly we eat at Christmas. The Sicilian tradition of Christmas dinner and Christmas Eve dinner is very strong. If we count 26 December, Saint Stephen, in Sicily eating non-stop for 72 hours. And then again on December 31 and January 1 for New Year. In short, Christmas at the table in Sicily is challenging.

Although, as you know, Every year I offer through my CHRISTMAS MENU also one specifically dedicated to MENU SICILIANO, This year I decided to write an article for you to really get into the heart of the Sicilian cuisine of the parties. showing you, province by province, what are the recipes that can not miss on the island tables. Making you sit at the table with us, eating what they actually eat the Sicilians. Do not panic.

First of all, as in every part of Italy, in Sicily there are various steeples and traditions of Christmas recipes also change every few kilometers away. So I apologize in advance to have definitely left out some wonderful dish that unfortunately do not know: leave a comment with the report of the lack, and I'll put it in the article. Thank you for your cooperation. Then it is true that every family has its own traditions, and that in Sicily there are one or two people for the Christmas meal prepared tortellini in broth. One or two, however,, no more. There are some dishes that are part of the Christmas culinary culture of Sicily all, with local variations: This is, mostly, sweet and street food, but also some first and second courses. In Palermo the baked rings are inevitable (either version ANELLETTI AL Rayan ' both in the summer with the FRIED AUBERGINES, I disapprove of so absolute in December because the eggplants are out of season) .

Messina, however, is taking over much of Sicily with INCASCIATA PASTA: meat sauce, hard boiled eggs, salami, peas, cheese and (in summer) fried eggplant. A bomb. The popularity of incasciata pasta is not, however, about the city of the Strait, As the Commissioner Montalbano and the teacher Andrea Camilleri, that broadcast worldwide have paid tribute to this rich dish. The incasciata pasta is done in other provinces, with small variations in the ingredients: nell'agrigentino, For example,, add to the sauce also the tops of boiled broccoli and cottage cheese.

In short, the Sicilian Christmas table is frightening for its wealth, for the variety and, Obviously, for the huge amount of calories. Among other things, while in many parts of Italy Christmas is celebrated on the 25th with a wonderful lunch, in Sicily Eve dinner is very important. The festivities begin on 24 with a dinner that is a real dinner. And the toast at midnight of 24 is just a little 'less glitzy than the 31. 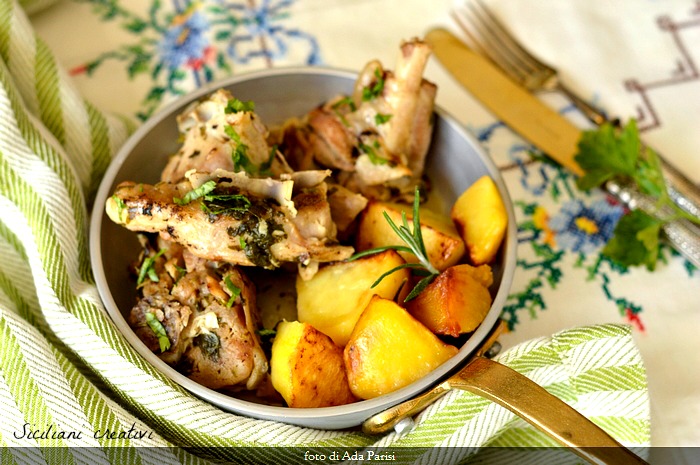 MEAT IS IN FASHION ALWAYS

Even the FALSOMAGRO (pocket guilty or bruciuluni) you both in Messina, either Catania or in Palermo: it is a puff of beef or veal, stuffed with omelette or boiled eggs, Spinach, mortadella, bacon or ham and cheese. The recipe Palermo wants stewed (agglassato or aggrasciato) with onions, accompanied by pea stew and baked potatoes, Messina gets thicker sauce. Another tradition that unites Messina and Palermo, but not only, and the KID IN WET, (always agglassato or aggrasciato) or BAKED WITH POTATOES, exactly as it is used at Easter. In Messina at Christmas, as in any day of the year, many do not give instead to the typical BRACIOLETTINE grilled or broiled. For those in the city of the Strait prefer street food, either bought out or prepared at home, in many spend 24 preparing dinner or simply eating calmly fried stuffed with tuma, escarole and anchovies, the Focaccia MESSINESE with escarole, tomato shell, tuma and anchovies and ARANCINI Messina, bologna in the filling. In Catania it would not be Christmas without crispelle stuffed potato with cottage cheese or salted anchovies (difficult to do at home, I tried but I'm not satisfied, try again): the fast they have huge pots bubbling oil, and the street is all a sizzle. The town of Etna also loves PASTA WITH BLACK OF SEPIA, garnished by fresh ricotta and obviously inevitable outcast Catania, a tasty focaccia stuffed in various ways. In Palermo the lightweight alternative to the timbale is anelletti PASTA WITH SARDINES, traditional and extremely Representative, with raisins, pine nuts and lots of wild fennel. Among the starters, the Palermo can not give up PUMPKIN SWEET & SOUR (Believe me, without my mother she does not sit at the table), to BROCCOLI drowned with anchovies and black olives, and all ' FENNEL SALAD AND ORANGES. All this in addition to a platter of cold cuts, olives and local cheeses, otherwise "it seems ugly". A Ragusa and Modica, in the middle of Val di Noto, depopulate scacce, simply stuffed with TOMATO AND CHEESE up to the richest and heavy fillings, il CUDDURUNI, a bread stuffed with spinach or broccoli and cheese and LASAGNE cacate, prepared with pork ragout, ricotta and grated pecorino. The touch of flesh clearly served as a main dish.

Another tradition that links the island is that of cod or stockfish fish. A Messina FISH STOCCO the greedy, with its PASTA WITH SAUCE Ghiotta, It is the identity of a population. Who does not love the rich taste of stockfish (I love it) It replaces it with the salt cod, that is used to bring to the table is simply Floured AND FRIED, either version IN BATTER. The fried cod is very well loved in Palermo, Catania, Siracusa and Ragusa. I know the name but I never tasted the Augusta variant: fried cod with chopped dried tomatoes and onion in batter and accompanied by "pee sicchi", dried peppers on the peppers bran model. Very frequent is the salad of cod or the’SALAD OF FISH STOCCO, to consider a bit 'like the salad Neapolitan reinforcement. Caltanissetta has as a traditional Christmas dish the BREADED, stuffed buns drowned broccoli, eel, codfish with tomato or sausage and fennel. Not all together. TRAPANI prepares Cannelloni WITH CHEESE, simple but delicious.

At the end of the meal, be it the 24 dinner or lunch 25, comes the weight of ninety: Sicilian sweets, an army with training tortoise ready to increase the blood sugar out of control. SWEET AT THE BOTTOM

If SICILIAN CASSATA, Also in the modern version THE GLASS (admired the craftsmanship of the Sicilian pastry chefs in VIDEO on CASSATA made pastry Palermo Coast) and CANNOLI are the masters everywhere, each province has its own flag. In Messina pignolata and BLACK & WHITE: the first is a mixture similar to struffoli, but baked, covered half of dark chocolate icing and half lemon. The black and white is a stuffed profiteroles with cream and covered with hazelnut cream and thin sheets of milk chocolate.

Palermo, stronger than a pastry tradition that has inherited the legacy of the Arabs, Spaniards, the French with their monsù and convents, deploys BUCCELLATO. A masterpiece filled with raisins, dried figs, almonds, hazelnuts, candied orange peel, honey and spices. And then the KENNEL, which culminates during the festivities for December 13, Saint Lucia, and until Christmas. Sicily at Christmas brings to the table also ALMOND PASTE, soft cookies made with almond flour and egg white, also in the version PISTACHIO, The MARTORANA OF FRUIT (do not waste VIDEO OF FRUIT MARTORANA the pastry master of Palermo Coast that still produces hand), Mustazzoli and nucatoli . The first courses of cooked, peel of citrus fruits and the seconds in the shape of them stuffed with a mixture of dried figs, cooked, honey and spices. Both have local variations and are almost impossible to define. Even nougats are a must in the Sicilian Christmas table: GIUGGIULENA Ragusa, prepared with sesame, CUBAITA to Palermo, made with almonds and PETRAFENNULA in western Sicily, a hard crunchy with nuts and honey.

I forgot to say that during dinner and during lunch (and it is repeated for the New Year Gala Dinner and lunch), They are always available to guests trays with prickly pears and tangerines and nuts. The dried fruit is served strictly with the shell and 4-5 nutcracker to open almonds, hazelnuts, nuts, pistachios and pass the time. Still missing something. Dried figs: simple, covered with chocolate or stuffed with a nut. That handful of calories missing.