He could miss some of my suggestions for the Christmas holidays of 2018 the Sicilian menu? Absolutely no! And then, After that vegetarian, the easy and inexpensive menu and the Fish menu Today comes the menu made in Sicily, for those who really want to dare and has serious intentions, indeed very serious between lunches and dinners. I will spare you the arancini, because in my opinion they are not be placed in a different course menu, but obviously if you're brave and want to include them both found the recipe of rice balls with meat sauce is that of arancine with butter. The menu is full, Baroque, symbol with some Sicilian dishes at the table as the rolled rabbit, timbale of anelletti baked and cassata, but the glass. Obviously then the traditions vary from one place and another, and, For example,, in Ragusa is the inevitable casts Ragusa. In short, stay tuned for the next menu and happy holidays!

The Sicilian caponata appetizer for excellence is, but in this case not the classic eggplant caponata but tasty and original caponata apple. And if you do not like the caponata apple but want to keep the traditions, try the artichoke caponata. Is, if you're really brave of, you could match Tuma fried with anchovies, hot and racy. 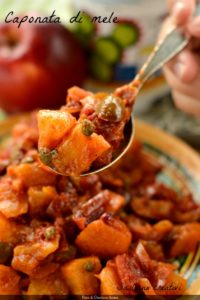 I propose two main courses, both are two heavyweights of Sicilian cuisine: first of all the traditional timbale of anelletti winter version, with a rich meat sauce, peas, cheese. You can carry it in large baking dish or in individual portions, making it more elegant. The choice is yours.

Then the cannelloni with ricotta cheese and tomato: soft, richly stuffed with a tasty crust. Here we give you one of the family recipes, the dish for us at Christmas is inevitable: without the cannelloni mom is not party. 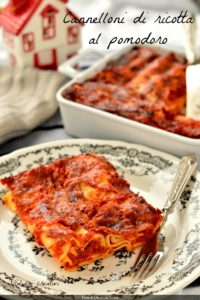 Let's get to the main course: l’rolled rabbit It is really the triumph of the Baroque and delicious Sicilian cuisine, with its cheese filling, Spinach, Bacon and omelette. Is’ the alternative to the so-called false lean: identical to the filling, but the basic meat is beef. 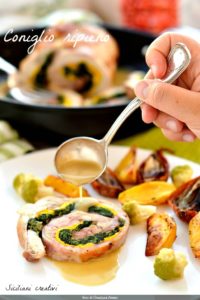 The perfect side dish and made in Sicily is of course the fresh fennel and oranges salad , you can customize and make more Christmas spreading over a few grains of pomegranate. 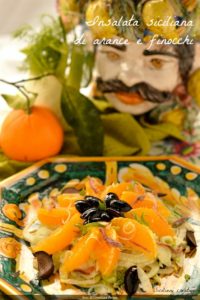 Finally the sweet: if we talk about a Sicilian menu we can not think straight to Sicilian cassata, However, the glass, so it is much easier to prepare and even more elegant to serve. Is, especially, You can prepare with your hands. 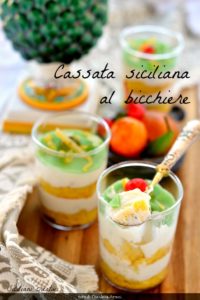 Pasta with artichokes, calamari and lemon

The Sicilian delights
Thanks
A big kiss