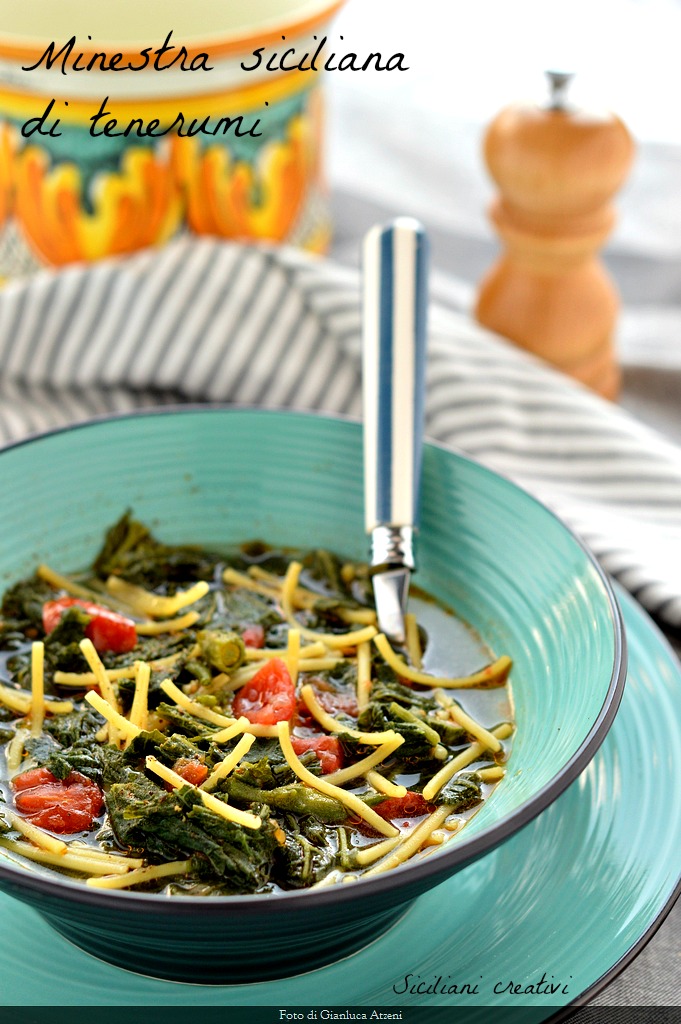 From Sicily with love a dish of my childhood: the soup tenerumi, one of the most typical and most loved summer soups of the Sicilian cuisine. A simple soup, made with fresh tomatoes, cheese and broken spaghetti, you eat traditionally lukewarm: It is refreshing and very yummy.

If you do not have the slightest idea what the tenerumi, Do not worry: is normal, because it is the name that in Sicily we give to the Leaves, branches and the tops of the long zucchini, the so-called snake zucchini (lagenaria longissima). These pale green zucchini, which can reach a length of over one meter, They have large leaves in summer, sweet and velvety. Leaves, together with the branches and tops of the plant, in the summer they are mainly collected and used to prepare the soup tenerumi.

If you do not like soups but you are fortunate to find tenerumi, you can try the offering delicious recipe of SPAGHETTI GARLIC, Olio e TENERUMI, But I suggest that you give a chance to this delicious soup, refreshing and very light.

Traditionally this soup, that summer due to the seasonality of tenerumi, uses warm, even if I like it hot. Is, Obviously, if you purchase tenerumi with long zucchini (the 'Sicilian cocuzze), Also try another summer soup and wonderful typical Sicilian cuisine: the SOUP OF LONG COURGETTE. Obviously, If you are vegetarian or vegan, you can not use or replace the cheese with fried bread crumbs, How do I use in Sicily. And do not forget to have a look at all my SICILIAN RECIPES. Have a good day! 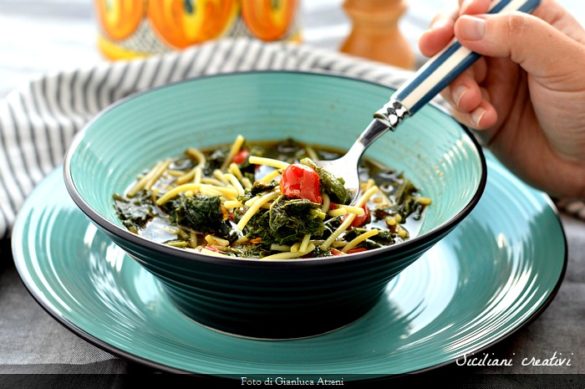 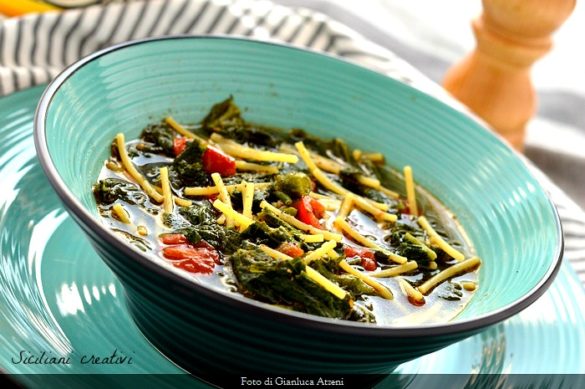 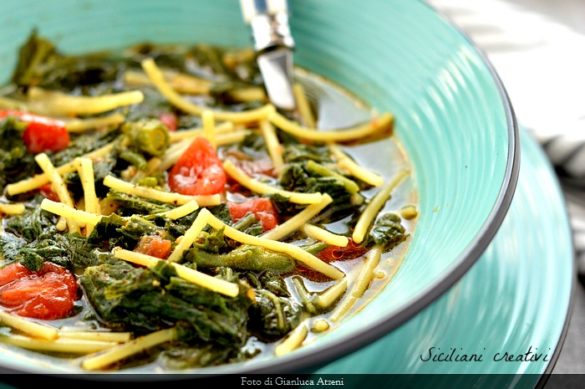 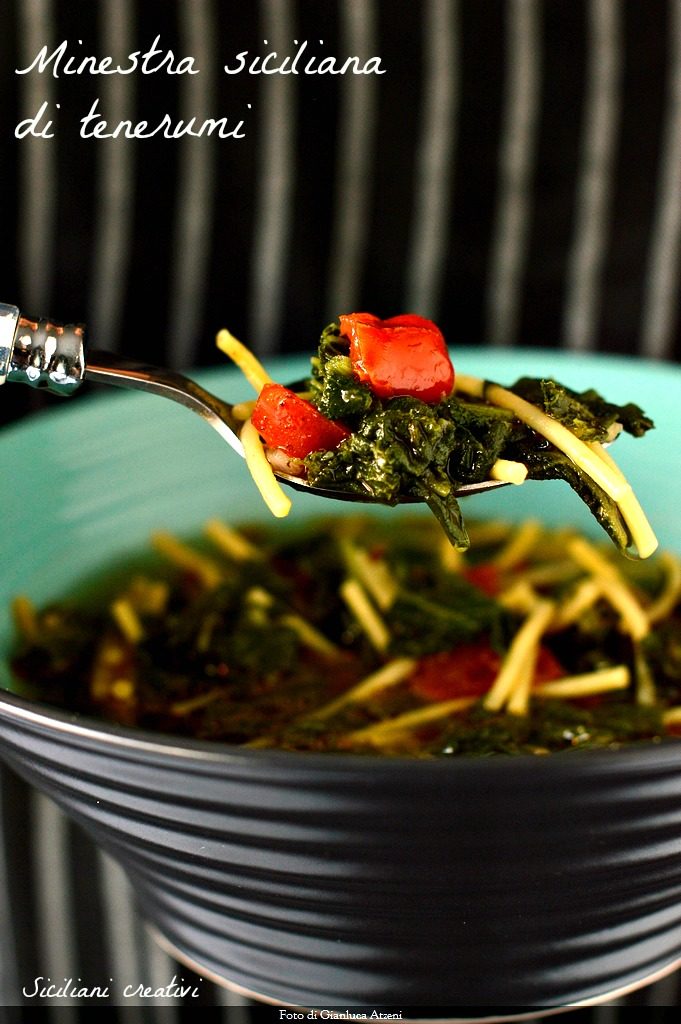 The only thing a little boring about sicilian soup to tender is precisely the cleanliness of the tender: you have to remove the softer and tender leaves and shoots all and throw instead stems and leaves that are wilted or wasted. I suggest you leave tenerumi in cold water, changing it often, because they usually are dirty with earth and should be cleaned with care. When tenerumi will be perfectly clean, coarsely chop the knife.

Peel the tomatoes (if you prefer you can cut them on the cross and diver them for 30 seconds in boiling water to facilitate the operation), cut them in half and then into quarters, eliminating the seeds and water of vegetation.

Crush the garlic with the blade of a knife or with the palm of your hand and brown it in extra virgin olive oil in a large pan, over low heat, until it is golden. Add tomatoes (if you prefer you can also remove the garlic at this point), the chopped tenerumi, fresh basil and saute for 5 minutes. Lengthen the soup with hot water (not a lot, because the vegetables release water and, although insufficient, you can always add) and, when the water is boiling, add tenerumi. Season with salt.

A treat this soup
Thanks
A big kiss