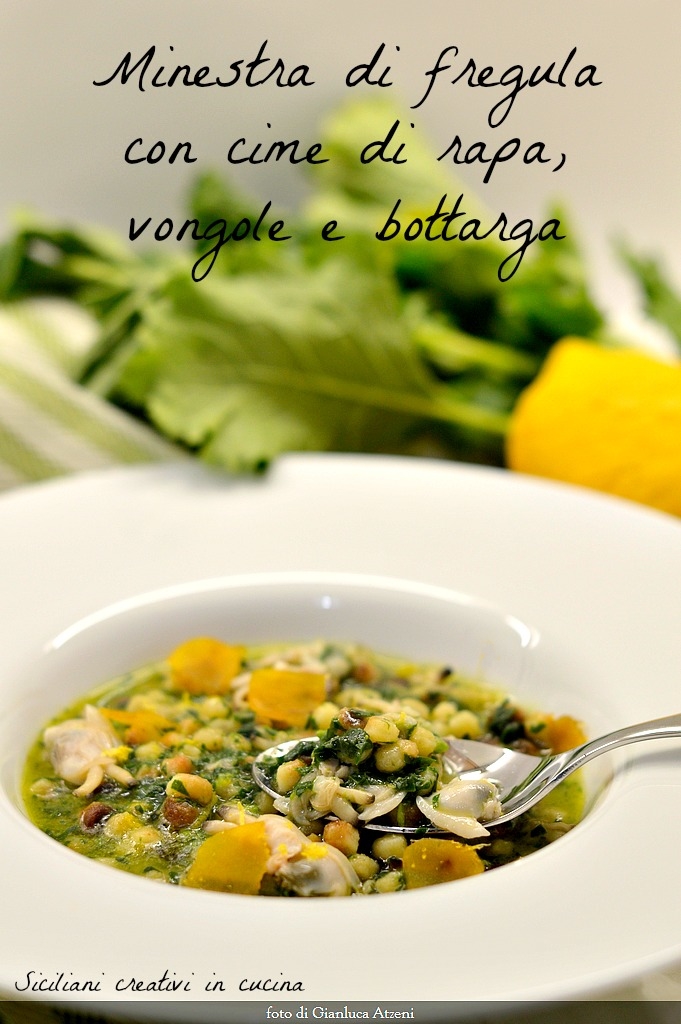 Sardinian fregula soup with turnip tops and clams. Today we take a walk through the seas and mountains wandering from Puglia to Sardinia and prepare together a recipe that I am sure you will like.. I tell you right away that if you do not find the Sardinian fregula you can replace it with couscous, with the rice (also integral) or with a soup paste like striped tubes, always following the procedure that we tell you in the recipe. If you don't know what’it's the fregula take a look at the video of preparation of the Sardinian fregula. If you do not find the ROE, You can safely omit.

This dish is my personal alternative to the classic PASTA WITH CIME DI RAPA Apulian, I adore.

The Sardinian fregula soup with turnip tops clams and bottarga is a dish with strong flavors: the bit of bitter rapini, the smell of salt of the clams, the crisp acidity of the lemon. You can serve this dish like I did, as a thickish soup, or dry version, just like you would a risotto.

And a soup very easy to make and, in my opinion, very elegant to serve. Is’ a first fish you don't expect, different from the usual. Will appeal especially to those who love the combination of fish and vegetables and dishes but simple flavours. Because a soup can be a gourmet dish, Believe me. If you love Sardinian cuisine, have a look at all my SARDINIAN RECIPES, from seadas to macaroons and my RECIPES WITH SARDINIAN FREGULA. Have a good day! 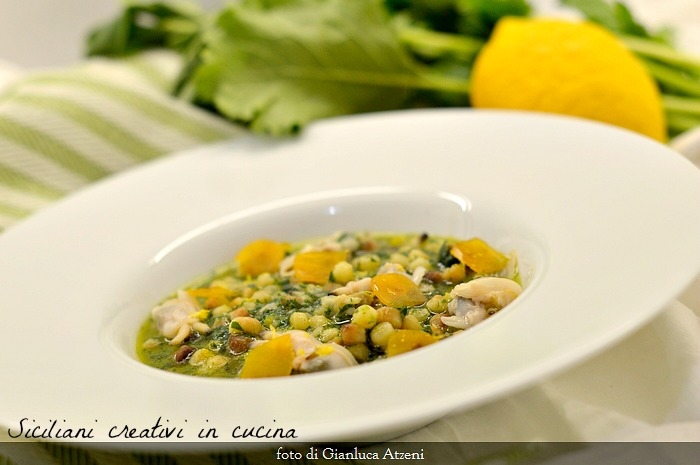 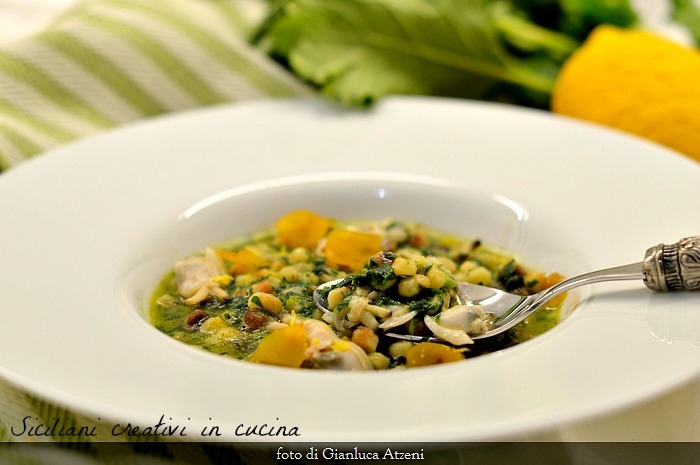 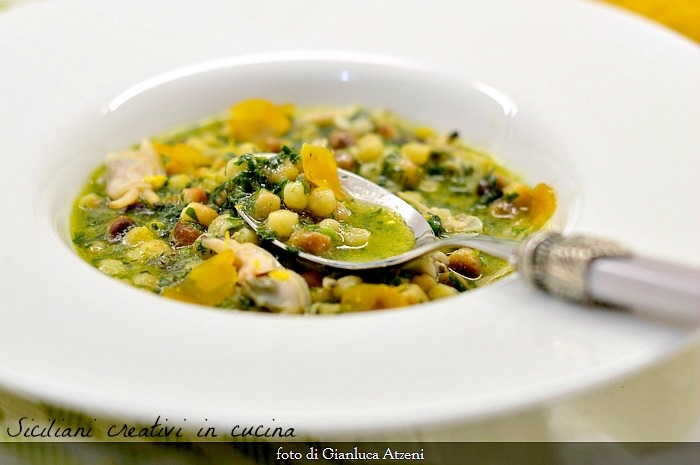 a little 'of organic lemon zest

To prepare the Sardinian fregula soup with broccoli, clams and bottarga, Clean the broccoli and put flowers and leaves in a colander. Wash them with care, then chop the leaves and make small pieces flowers. Rinse the clams under running water; put in a pan with a drizzle of extra virgin olive oil, warm up and add the clams. Deglaze with white wine and cook a few minutes over high heat, until all seafood have opened. Remember that the clams that do not open after a reasonable amount of time should be discarded). Strain the liquid and remove seafood from clam shells. Put it all aside.

Finely chop the shallot. FRY in a saucepan the garlic and the chopped shallots in olive oil, then add the broccoli rabe. Toss together, Add salt and cook a few minutes, adding a little warm water if necessary.

Cook until the fregula Cook, adding water until you reach the density that you prefer: You can serve the fregula dry as if it were a risotto, or with soup more or less dense. Combine the clams and a drizzle of extra virgin olive oil and leave to rest for 2-3 minutes.

Fregula Serve with broccoli and clams garnishing the plate with a few slices of bottarga, a bit of lemon zest and freshly ground black pepper. Bon appétit!

Fregula risotto made with peppers

Linguine with clams and tops of...

I love this soup. The combination of broccoli rabe with clams seems very apt. Unfortunately in my part of it is not easy to find the fregula so if I want to present it again I'll have to use the cuos cuos or rice and a little’ I'm sorry.
Have a good day

Ciao Marta! Thanks! Look I have tried the first time it with classic striped tubes and have them because, get al dente. Let me know, best wishes and Happy Easter! ADA