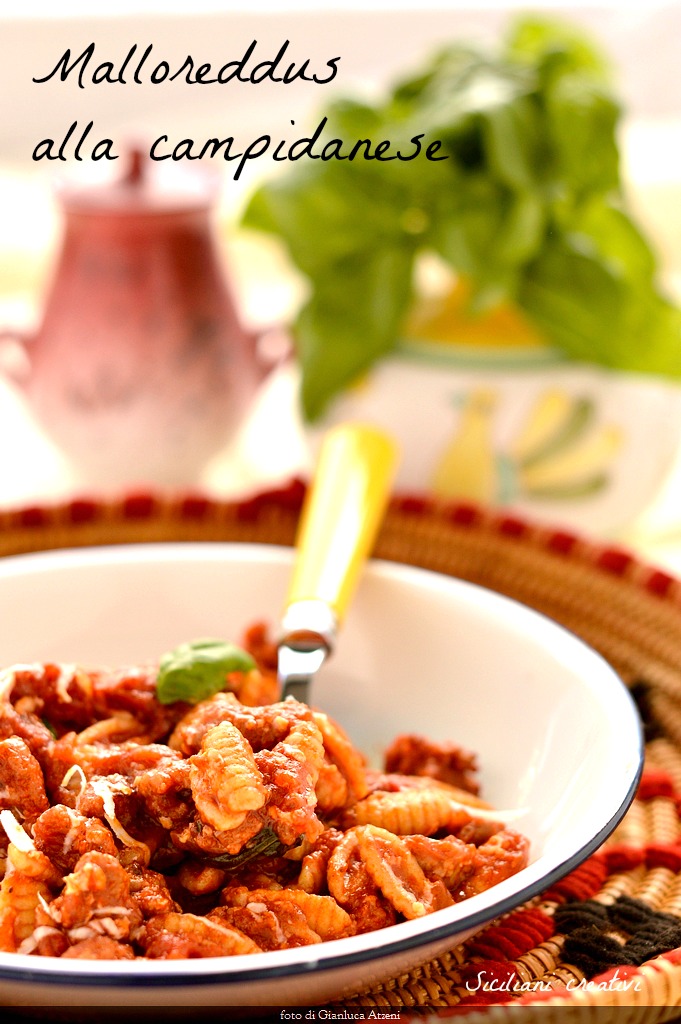 Malloreddus alla campidanese. Today I leave you a recipe of Sardinia, Indeed, one of the pillars of traditional cuisine of Sardinia, summarizing the agropastoral culture of the island. Passing through the tomatoes (traditionally you use those of the plains of Serramanna), the sausage and then l & #8217; pig breeding. And again, saffron located in the area between the municipalities of San Gavino and Turri its best expression. And finally the pecorino, pride of Sardinia. Is’ One of many SARDINIAN RECIPES you find on this site.

The traditional recipe of malloreddus Campidanese

This is a simple first Sardinian dish, rustic, farmer, bringing together the best of Medio Campidano. The Middle Campidano is the flat land between Sanluri and Villacidro where pastures, l & #8217; pig breeding and the cultivation of Saffron are an ancient tradition. The recipe wants fresh tomatoes should be used. But of course when they are not in season I use peeled, so you can shred by hand, to give that rustic touch, that is characteristic in this recipe.

As regards the sausage, choose one that has at its core the fennel (and have a look at all my RECIPES WITH SAUSAGE). Finally, on the front of cheese, I use a “Pecorino sardo Dop” During mixing. But then more and complete the recipe with a cheese “Fiore sardo Dop” seasoned, which gives the dish a smoky scent, making it special. 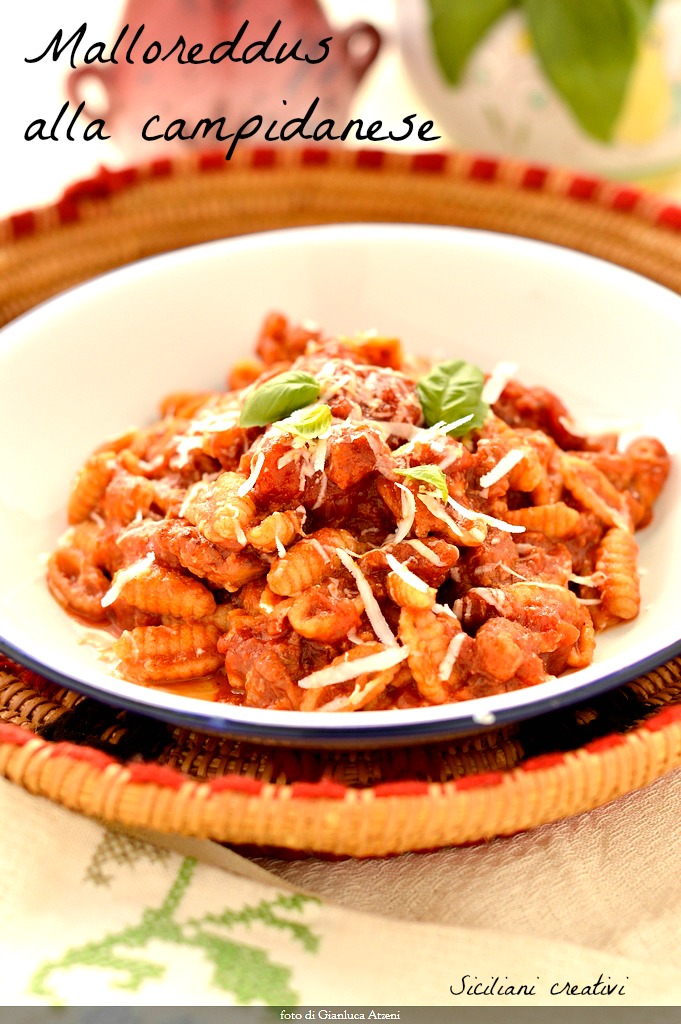 If the tomatoes are fresh, wash well, Clip curves cross, dip them in boiling water and then peel them. Cut them in half and remove the seeds and vegetation water. Reduce the chopped tomatoes stracciandoli by hand. If you use the peeled tomatoes, use the whole peeled tomatoes and not the pulp (in Sardinia using primarily the variety "Rome"), so that you can tear up the tomatoes by hand and give the dish that rustic feel that is essential.

Free the sausage from the casing and cut into small pieces. Finely chop the onion. Make dry and reduce powder saffron. To dry the Saffron threads, place them on a baking sheet covered with parchment paper and bake for two or three minutes at about 80° c. Reduce saffron powder, placing the dried stigmas between two sheets of parchment paper and using the back of a spoon to gently crush the stigmas.

Brown the sausage in a pan with a drizzle of extra virgin olive oil, stirring it from time to time, until all of the sausage will not have changed color. Add the tomato paste, chopped onion and whole garlic. Lightly brown the vegetables on medium heat.

Add the tomatoes, fresh or canned tomatoes and Basil. Add salt and cook covered, over medium heat, for at least 30 minutes or until the sauce won't be narrowed. Dissolve saffron in hot water. Halfway through cooking, Add the Saffron dissolved in water with tomato sauce.

Cook the malloreddus in plentiful salt water, drain spaghetti al dente, storing some of the cooking water. Sauté the malloreddus with sausage gravy. Turn off the heat. Keep with a little sardinian Pecorino Cheese Grated Pdo. Leave to rest for one minute. Sprinkle the dish with a generous helping of Fiore sardo Dop aged, that will give this recipe a pleasant note affumicata. Bon appétit!

MATCHING: With a recipe from the intense flavors as malloreddus alla campidanese, We chose a Sardinian wine, from the province of Cagliari, produced in the countryside of Settimo San Pietro by the company Ferruccio Deiana. The wine is a "Doc Monica di Sardegna", It's called "Silenus" and is made from grapes "Cannonau". It is a good-bodied wine, by ripe fruit with vegetal notes, the palate is soft and savory.

Risotto with leeks and taleggio Dop, with...

Fregula soup with tops of...