Made in Italy. Flour and ancient grains: Mulino Giorginaro in Novara di Sicilia 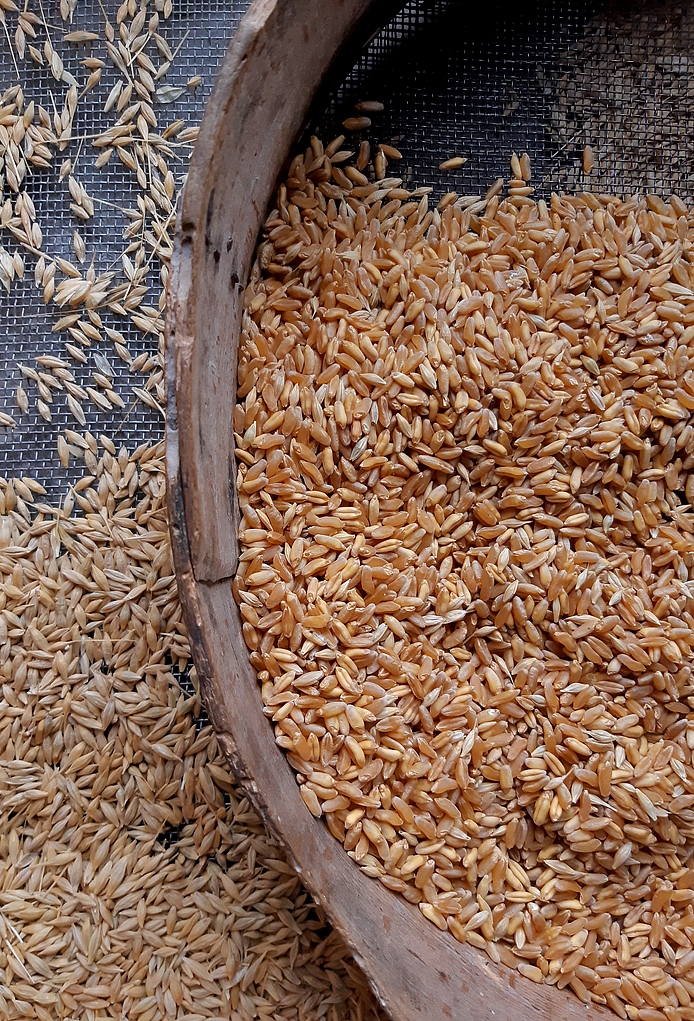 Giorginaro The mill is located in Novara di Sicilia. Nestled on the border between the Nebrodi and the Peloritani, in the province of Messina, 600 meters, with an incomparable view on Tyrrhenian, dotted with the Aeolian islands, the town of Novara di Sicilia is also known as the “Stone Village”, because in the Middle Ages it was built using sandstone carved by skilled stonemasons. Today the balconies, the jambs of doors, seating and fountains are still there. A witness to the skill of an ancient craft still practiced in this small town in eastern Sicily, dominated by the sharp point of Salvatesta Rocca (1,340 meters), also called 'the Matterhorn of Sicily'. Do not miss out on my channel on YouTube VIDEO on the operation of the mill Giorginaro.

Even Mario Affannato is a stonemason, but much of his time and of his labor are now dedicated to reviving the family mill. The only remaining fourteen watermills located along the stream San Giorgio and active since ancient times, with ups and downs, Until the Sixties. The “Mill Giorginaro” It has resisted time and it still works today thanks to the waters of the stream that runs through the village up to the summer months, when they dry up to return in the fall. Here they grind Sicilian ancient grains and flour mill is becoming a local attraction, visited annually by more than 7.000 people who come from all parts of Sicily. 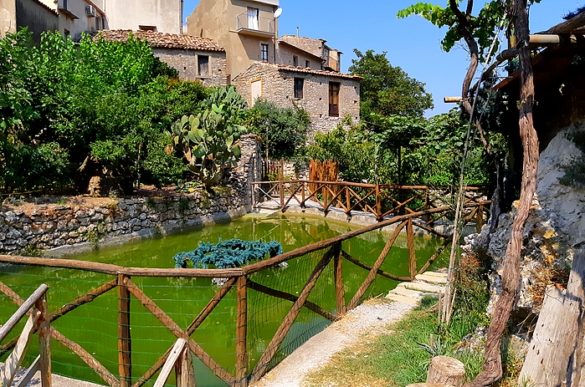 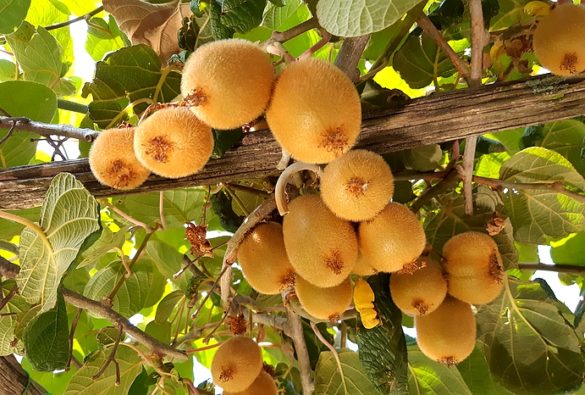 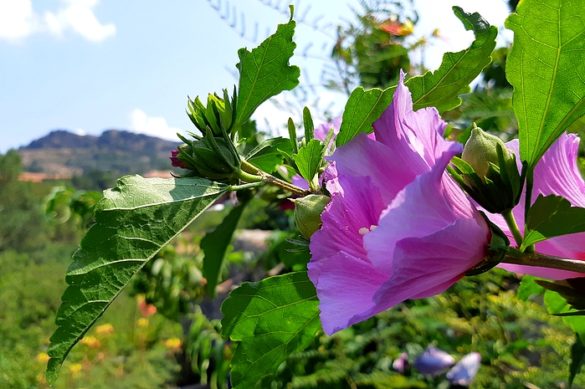 What is striking at first sight entering the Giorginaro mill in Novara di Sicilia (whose origins date back to 1350 and 1400), is the green of the garden, cool oasis in the summer heat. Nero d'Avola Screws, white figs, Kiwi, agapantus flowers, Lanta, the ubiquitous prickly pear and beautiful at night elegant, with a scent of catnip that envelops the air.

The author of this splendor is Ugo Affannato, Mario's dad, that welcomes us with a smile and many stories to tell, while sifting the wheat by hand Perciasacchi. Named so because, with its sharp point, bucava, "perciare"’ in Sicilian, mean "make a hole". Ugo is the historical memory of the Mill Giorginaro: He tells the story of his family, his grandfather Ugo, which in 1860 he was transformed from employee owner. From that date, He began a period of great activity for the mill, that he grinds local grains and producing flour. One hundred years later, the crisis of the agricultural sector led to the closure of fourteen of the country's mills, one after the other.

The history of the mill Giorginaro in Novara di Sicilia

Despite the closure, Mulino Giorginaro in Novara di Sicilia, remained within a family mill, which Mario reopened in 2001. The mill was, however, a museum, He does not grind anything, It was not produced anything. Mario, instead, strongly wanted the mill to return alive, return produce. So, thanks to the gradual rediscovery and cultivation of Sicilian ancient grains, Mario managed to gift to the mill a new beginning, which it led to the decision to restart the production and milling of grains in Novara di Sicilia, with the traditional methods.

Among these, the use of natural stone grinders, such as the famous La Fertè, one of the stones from the world's most popular grinds, French production, dating back to 1800. The mill has one La Fertè stone, which it is used in combination with a millstone in local natural stone. This method allows a cold grinding and avoids heating of the grain and the 'squeezing beans’ of the essential oils contained within the kernel, that could cause rapid rancidity flour. Obviously, in one hour the mill produces a reduced amount compared to the average: between 12 and 20 pounds depending on the variety of wheat. 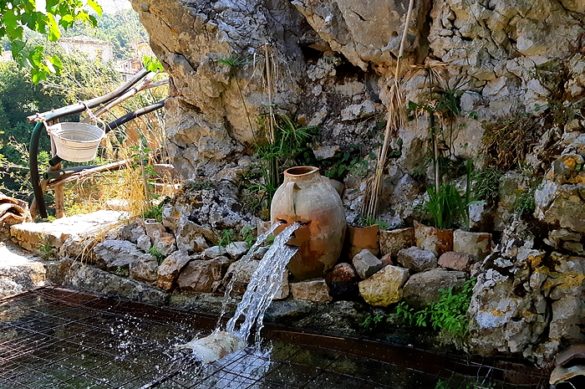 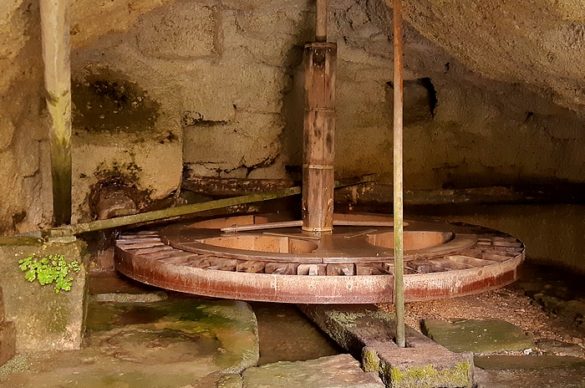 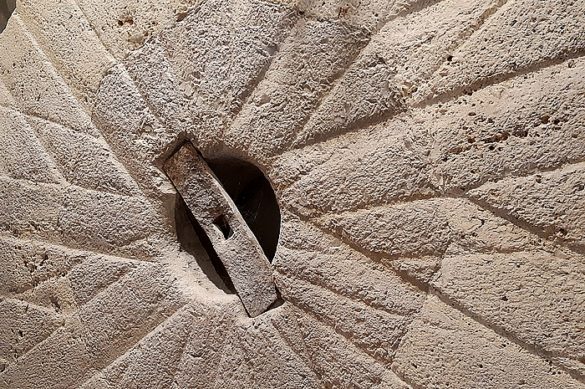 How does a horizontal water mill?

But how does a horizontal watermill? The water of the stream San Giorgio is channeled into a large collection tank, as you see in VIDEO. Through a funnel-shaped throat (called in sicilian dialect “sajitta”), the water falls by force of gravity along 10 meters in height and passes through an eyelet of the diameter of six centimeters in width. Like this, the water acquires a strong pressure (a stop bar) and, when it is released, the jet violence moves the wooden wheel of the mill. The force of the water is transmitted by means of a rotating arm to the grindstone, that turns the natural stone that is located on the upper floor, allowing to grind the wheat grains. In summer, when the stream is dry, a closed piping system and allows to recycle the water. 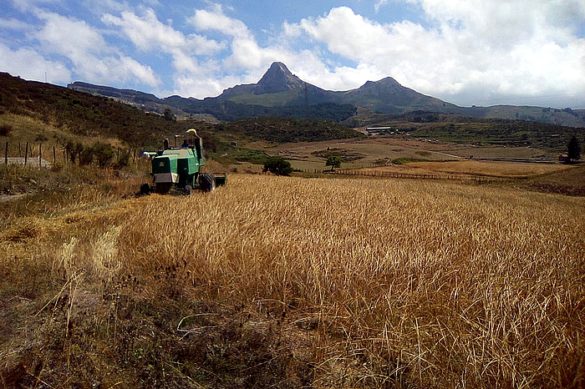 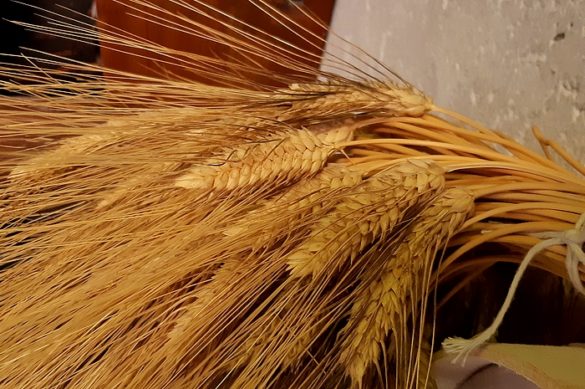 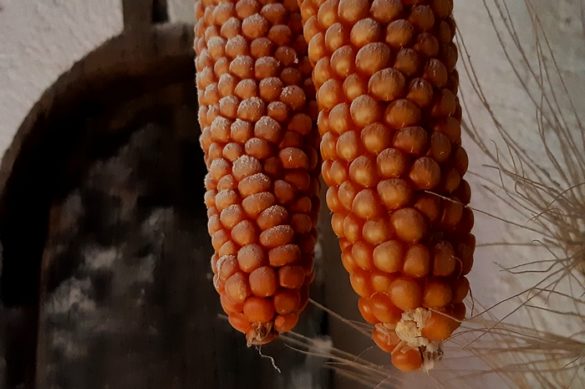 The flour produced: the grain returns to be cultivated on Nebrodis

Il Mulino Giorginaro in Novara di Sicilia produces four types of flour today, all by Sicilian ancient grains: Majorca, russello, Timilia and perciasacchi. The flour thus obtained are only integrals. The most important thing is knowing that, thanks to the obstinacy of Mario Affannato, in this mill, and in the revival of the cultivation of wheat in Sicily he has always believed. A Novara di Sicilia now cultivates new grain.

Mario has managed to convince some local farmers to sow again on the plateau that lies beneath the fortress Salvatesta, 1340 meters: 25 years ago, the fields were abandoned and only used as pasture for cattle. Now, instead, in Novara di Sicilia, five hectares are planted with Sicilian ancient grains, for the production of flour mill Giorginaro. 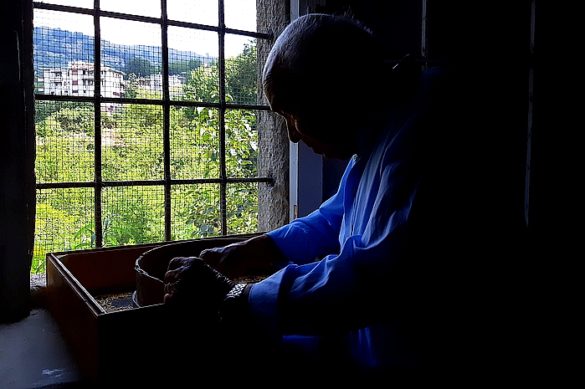 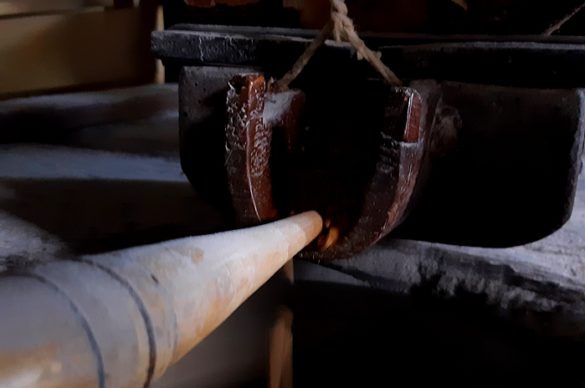 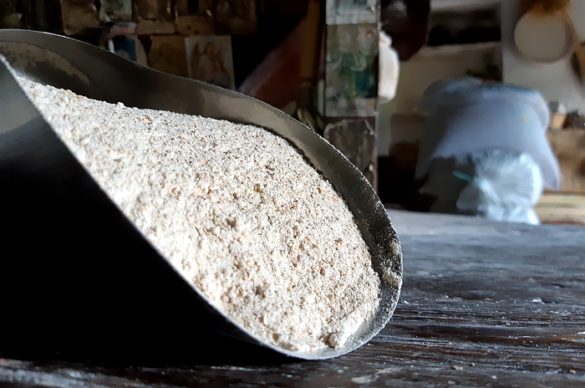 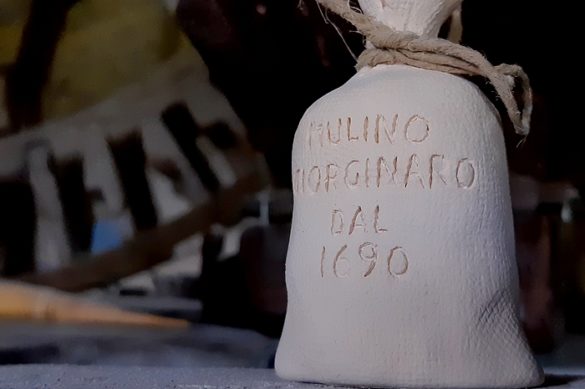 At Christmas, every year, The mill is transformed into a magical place, with lights and installations that attract hundreds of people. And with the snow, the scenario is even more exciting. Mario is always looking for ideas to enhance it, to make it alive and useful to the community. The future of the mill Giorginaro is now linked to the development of several projects. The construction of a wood-burning oven, the organization of increasingly engaging demonstrations for the public, with the ability to see those flour freshly ground turn into bread, to be enjoyed with the stunning Majorcan cheese produced in Novara di Sicilia.

Mario would be able to educate both adults and school groups and children to the recovery of good nutrition and the use of Sicilian flour, to give a future to the mill and to this small, precious, corner of Sicily. I wish him to realize his dreams.

The apples in the kitchen: Property, Types...

Made in Italy. Tryst Brewery:...

Made in Italy. Red oranges...