How to make typical Sicilian pasta 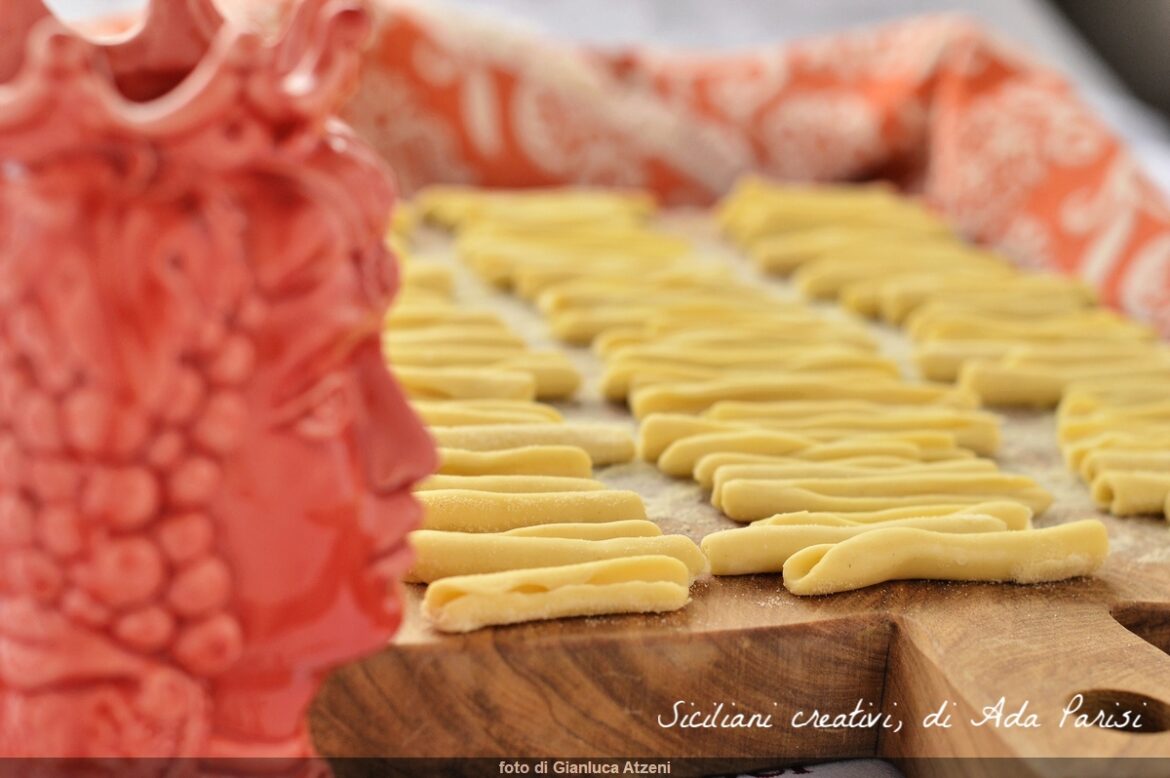 Sicilian ferret macaroni is one of the most beloved homemade fresh pasta formats in Sicilian cuisine. And not only that, since Calabria also has the same tradition. It is a short pasta format made from water, hard wheat semola and salt, you can prepare with the same dough you need to make trofie, orecchiette or malloreddus.

Sicilian macaroni with ferret, the tradition

In ancient times the dough was rolled on sock irons, hence the name “to the underwire”, or even in thin rush wires. Today the easiest thing is to use a wooden skewer, of the ones you use to make the rolls, as you can see in the VIDEO RECIPE STEP BY STEP where I'll show you how to make Sicilian macaroni in ferret. This pasta can be eaten fresh, just made, and in this case it has a short cooking, like all fresh pasta. Or you can let it dry in the air, in a breezy, dry place, and you can store it in a bag for up to two weeks. Obviously the cooking time of dried pasta will be much longer, 15 minutes or more.

Like all pasta in southern Italy, macaroni are also made from semoron and water, without eggs. I suggest you use a Sicilian semola smells like russello wheat or perciasacchi. The dough of Sicilian macaroni with ferret is very simple to prepare and work. The length from Sicilian macaroni is irregular, since they're handmade, but it's a type of pasta that's not too long or too short, which is still homemade today. Although more and more are the artisanal pastries where to buy large trays full of Sicilian macaroni ready to cook. They are one of the dishes that are never lacking in restaurants and farmhouses where you still make a rustic and authentic cuisine.

How to season Sicilian macaroni to ferret

The perfect seasoning is Sunday meat sauce, the one made with the touch of meat. In fact, the “maccaruna ' nto sugu” are in The Mexican one of the typical dishes of Sunday lunch, some’ as in Trapanese busiate with the sauce (a paste format made to the ferret and often rolled up on itself like a fusillo, now marketed even already dried, in more or less long forms). And in August on the Mexican tables can not miss the PASTA 'NCASCIATA (famous for being Commissioner Montalbano's favorite dish), made with macaroni or homemade.

On Mount Etna, when the fresh mushrooms are in season, easily find maccaruna with mushrooms, as well as in the summer TO THE NORMA, with a sauce made from tomato sauce and eggplant.

I propose them in a new summer and vegetarian version, with a tomato sauce, onions and peppers and seasoned with Sicilian pecorino cheese. A quick alternative, tasty and light with meat sauce. I'll leave you at the VIDEO RECIPE, where you also find how to prepare pepper sauce. And if you want you can read (in English) one of my own interview about where to eat in Rome dedicated to foreign tourists. I wish you a good appetite. 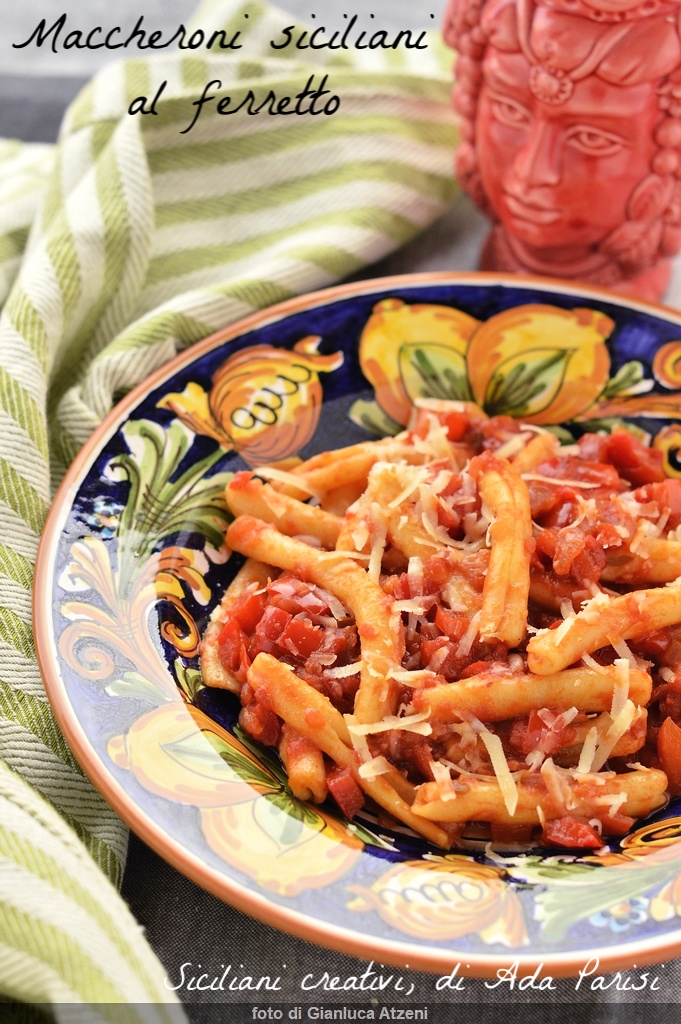 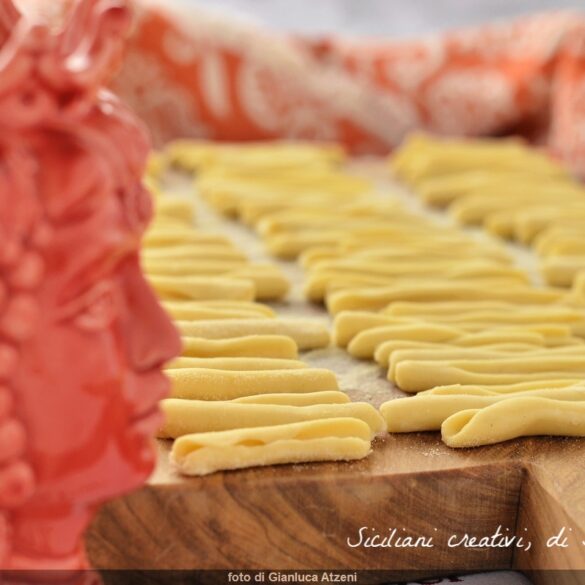 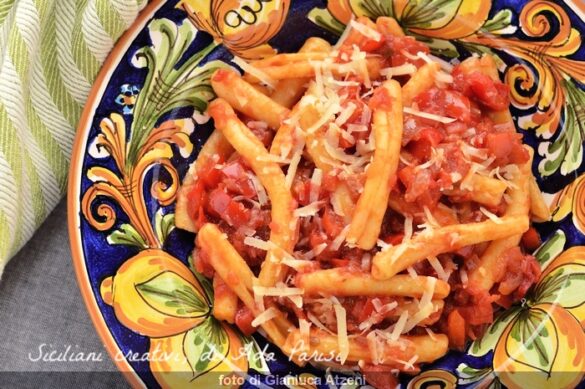 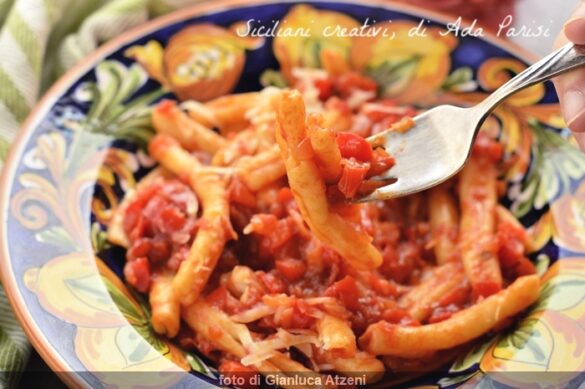 To prepare the homemade semoly paste you have to put on the worktop the rhyme semola of hard wheat, salt and water and knead (by hand or in planetary) 20 minutes, until you get a smooth, homogeneous loaf. Wrap the loaf in food foil and leave to rest for at least 30 minutes.

To make macaroni to the ferret, follow the VIDEO RECIPE STEP BY STEP: divide the dough into small pieces, make the cords and divide them into chunks. Then, using a wooden skewer if you don't have the traditional ferret (or sock iron), made the macaroni. If you want to consume the fresh pasta use it within an hour and store it covered, if you want to let it dry, you can leave it in the air in a cool, dry place. 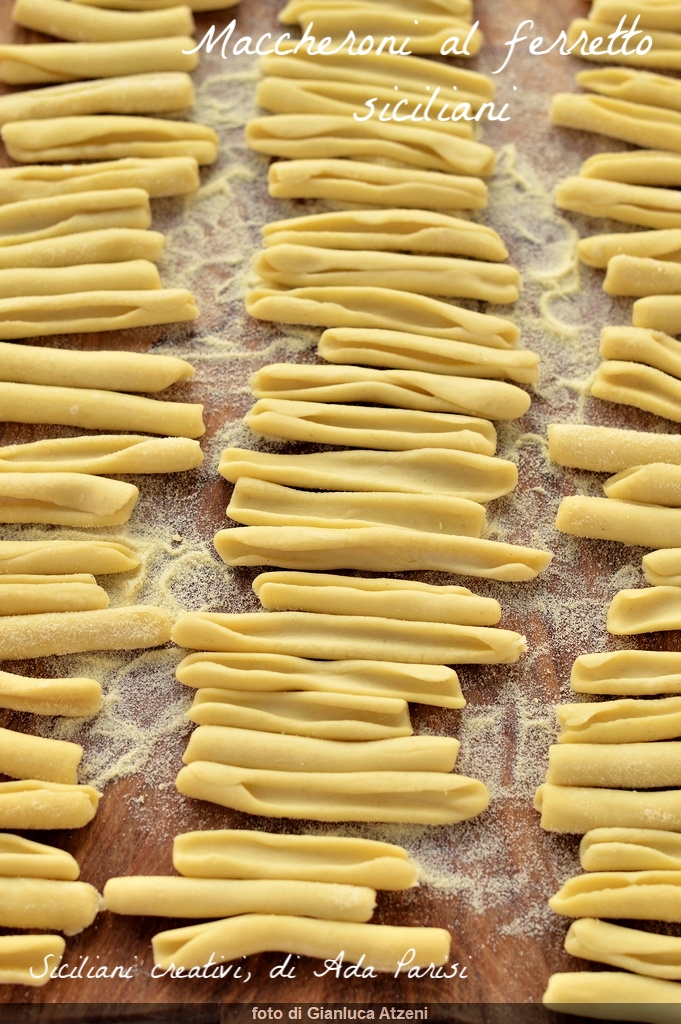 For the pepper sauce, wash and clean the peppers by removing the pigeon, the seeds and all the inner white filaments, then chop them to the knife in pieces. Clean and chop the onion. Brown the onion and a small piece of chilli in extra virgin olive oil and a little water until it is wilted.

Add the peppers and brown them over high heat, salting slightly. Deglaze with white wine and, When the alcohol has evaporated, add tomatoes, Cook covered for 30 minutes, then find out, season with salt, add the basil and cook until you get a thick, fragrant pepper sauce.

Spaghetti garlic and oil with eggplant...