The recipe for Sicilian cunzato bread 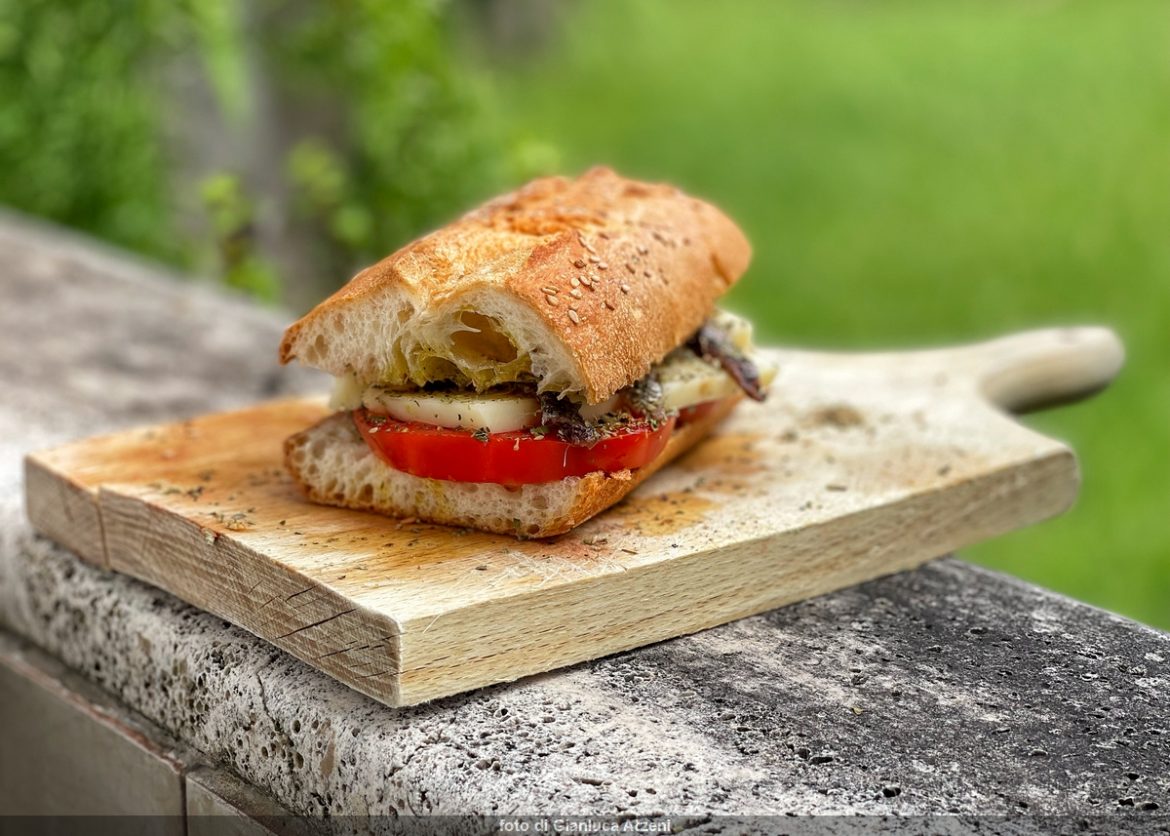 If you do not know the recipe for Sicilian cunzato bread or you have never tried it, it's time to make up for it. For some years now, sandwiches have been in fashion. And I'm not talking about the burger rolls imported from America, but sandwiches in a gourmet key, prepared with ingredients that today are always “of excellence, zero kilometer, of the territory” etc. Well, in Sicily we have the progenitor, or perhaps the forerunner of these gourmet sandwiches. That of Sicilian cunzato bread is the poorest and zero-kilometer recipe that exists. And I'll show you in this VIDEO RECIPE that will make you want to taste it. I suggest you prepare at home for the occasion a nice SEMOLA BREAD or the traditional MAFALDE AT SSESAMO Sicily.

Born obviously in the countryside, when living in poverty was the norm, the cunzato bread is nothing more than seasoned bread. Seasoned as? Definitely with oil, salt and oregano: when there was nothing else in the house, oil, salt and oregano in the pantry were not lacking. In season came a few slices of tomato, rosso, Saber, juicy. If you were particularly lucky, in the cunzato bread also finished a few slices of cheese, usually the first salt, which was prepared at home and consumed first fresh and then in varying degrees of seasoning as time passed. And the salted anchovies, as it was used in ancient times and not in oil as now. The cunzato bread is all here, in this marriage of simple flavors, Rustic, but true and sincere. In the inebriated scent of sun-dried oregano and oil, which is the green gold of Sicily. Is’ famous that of Trapani and Scopello, but it is done throughout Sicily.

Obviously, as for every recipe, even that of cunzato bread has numerous variations, linked to the availability of the raw material according to the place of origin. Soon he will give you the recipe for bread cunzato alla messinese, also called panini alla disgraziata: the unfortunate were the poor people who could not afford to eat anything but this sandwich, which today we call gourmet. In Catania they add olives and use tuma, as in Messina. In the Aeolian Islands and especially in Salina they add capers, tuna and ricotta baked.

Bread is fundamental: in western Sicily it must be a bread with the 'cimino', Sesame. In Messina the classic homemade loaf. Anyway it must be a good bread, with durum wheat semolina or ancient grains, not a pale and chewy industrial bread. Cooked bread must be soft and greased, with crispy crust, better if lukewarm. For convenience I stuffed a single piece of bread, but the ideal is to stuff the whole loaf and let it rest a little stuffed, so that the flavors can blend. Then you have to put it for a moment in a hot oven and cut it when it is crispy on the surface. I made you want to try it? Take a look at my SICILIAN RECIPES and have a good day. THE RECIPE FOR SICILIAN CUNZATO BREAD 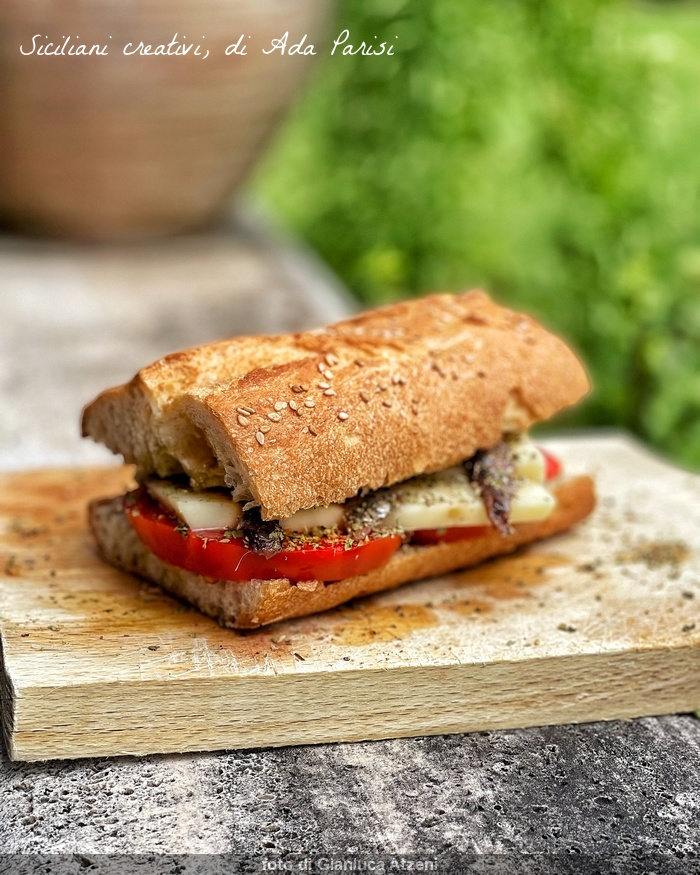 Ideal for Sicilian cunzato bread would be a warm bread, freshly baked, sprinkled with sesame (engraved, as they say in Palermo) and of course made with only durum wheat semolina. Golden outside and inside.

Cut the bread in half. Sprinkle both slices of bread with plenty of extra virgin olive oil and then combine the two halves and crush well, so that the oil spreads and the bread is flavored.

Wash the anchovies in salt in running water, to eliminate salt. Then remove the smooth by obtaining two fillets from each anchovy and dab them carefully.

Wash the tomato and cut it into slices about half a centimeter thick. Cut the first salt into slices. Open the bread, that will now be perfectly soaked in oil and place the tomatoes on a slice. Lightly salt and sprinkle with oregano and a pinch of pepper. Cover with slices of first salt, then spread the anchovies on the cheese and season with more oregano and black pepper. Cover with the second slice of bread and crush, gently pressing.

Now you have two alternatives: the first is to eat the cooked bread immediately, with crispy crust and soft and still warm interior. This is fine if yours was a freshly baked bread. If, on the other hand, the bread is not a freshly baked bread, then you can enhance the flavors: wrap the cooked bread in plastic wrap and let it flavor for an hour or two. Then put it for 2-3 minutes in a hot oven but off, so that it becomes slightly lukewarm on the outside, and enjoy it. Bon appétit!

Pasta with Pachino prawns and pistachio