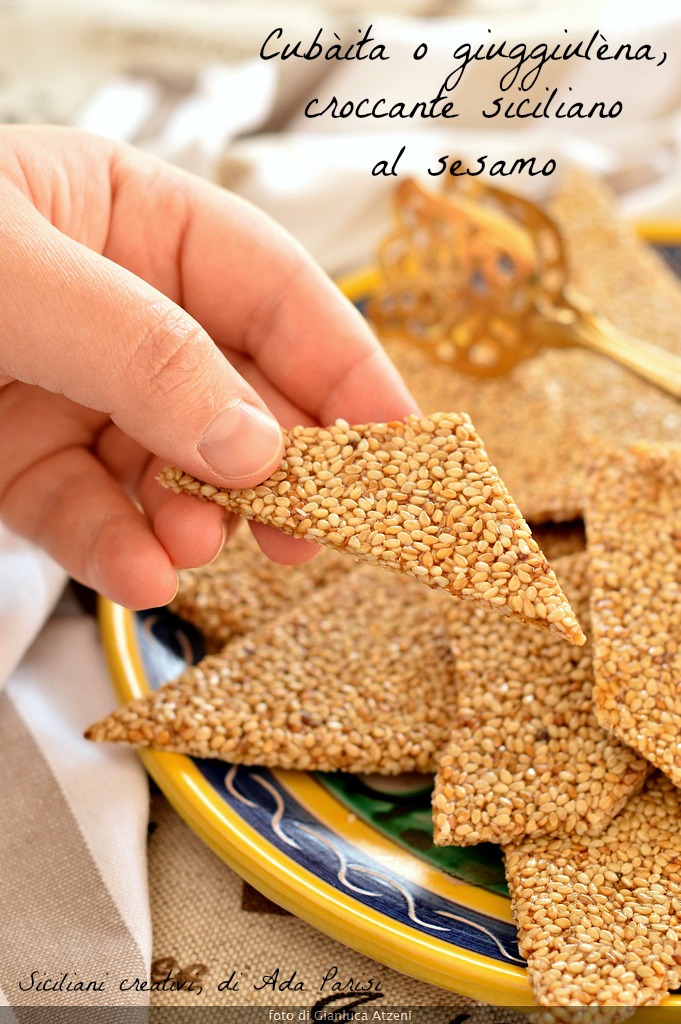 Today I leave you a recipe that easy, Sicily, however, it is of great importance: the recipe for crispy sesame, which in the ragusano is called Giuggiulèna and it is very thin. In Palermo, instead, the sesame is added to the almonds, the crisp is much thicker and is called Cubàita. Two names that, in any case, indicate a single delight: a crisp that, in the original tradition of Ragusa, It was only made from sesame seeds and honey of the Iblei Mountains. The name was then extended to all types of crisp, the one with the almonds to the one with pistachios.

The recipe, as I said, It is very simple and it takes very few tricks to get a perfect crunchy sesame: Toast the sesame seeds, so they will be more crisp, use of high quality honey, you can also mix in brown sugar in equal amounts, and spread very thin crispy. Is’ quite clear that the origins of this very simple crunchy, that with the normal nougat has nothing to do, They are to be found in the Arab influences in Sicily: its preparation, Traditional at Christmas time, then it spreads in all feast days and can be easily found in street markets that sell candy during the festivities, and district.

You can also flavor the giuggiulena with a pinch of cinnamon or a little’ of orange or lemon zest, or choose to enjoy the crispy without any aroma, to enhance the taste so typical Sicilian sesame. The size of this cake varies greatly from zone to zone, and, Obviously, when inside there are almonds or pistachios inevitably becomes thicker. Do not forget to have a look at all my recipes SICILIAN SWEET. Have a good day! 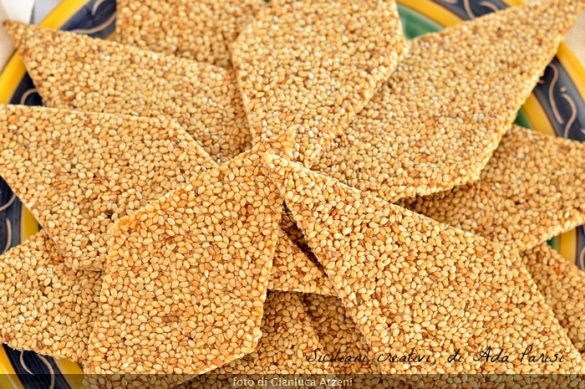 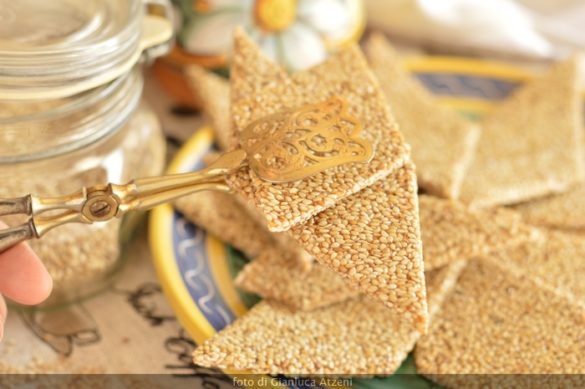 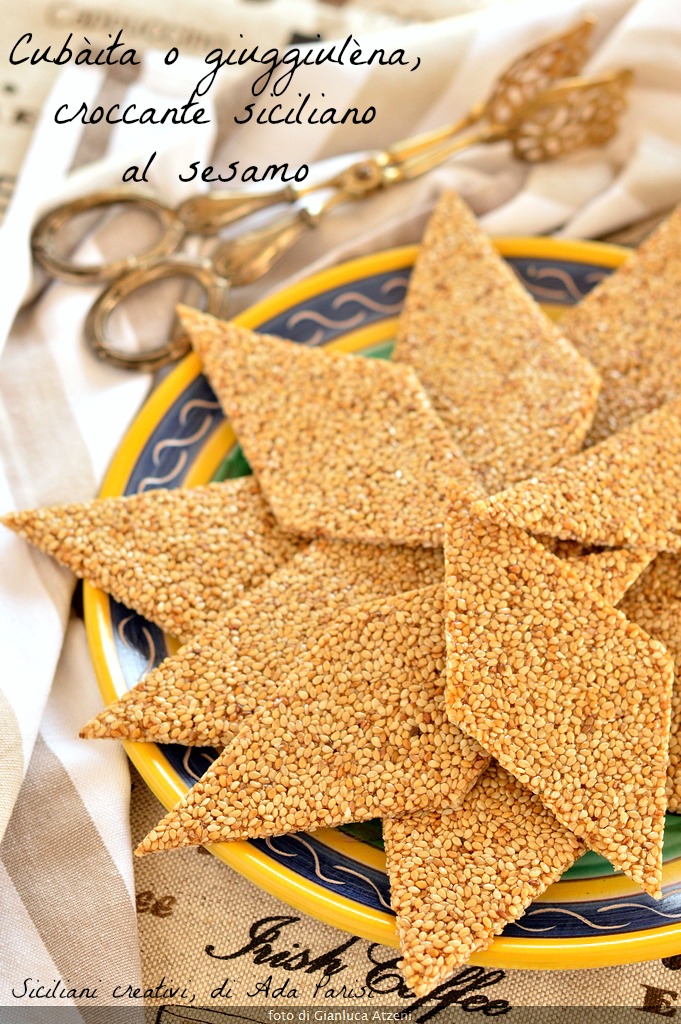 Prepare the Sicilian crispy sesame is simple: first you have to grease with a little extra virgin olive oil two sheets of baking paper, on which then you spread the crunchy.

Toast the sesame seeds in a pan, over low heat and stirring frequently, for a few minutes. The sesame will become crispy and so the giuggiulèna will be crunchier too and will be preserved for longer.

Place in a large saucepan honey (or honey and brown sugar if you chose to use both) and salt and cook over low heat until it has formed a blond caramel bubbling. When the caramel starts to Simmer, Pour the sesame seeds and mix thoroughly. Continue cooking, always very low heat and stirring constantly, until the caramel will not start Simmer: with these doses, it will take about 10-15 minutes, but if you increase the doses the cooking time will increase. Pour the Sicilian crispy sesame on a sheet of parchment paper, cover with the second sheet and spread the mixture with a rolling pin until it reaches the desired thickness. To me Cubaita or giuggiulena like very thin, but there are those who prefer it thicker: the decision is yours.

Once the crispy sesame will be spread evenly, you have to practice the cuts in depth before the mixture cool completely. You can cut it as you like: the losanghe, as I did, sticks, in rectangles or squares. Once you make the cuts, let cool the Cubaita. Once the crispy will be cold, unplug it from parchment paper. The jug is kept perfectly even 10 days if stored in an airtight container. Attention, though, not to overlap the pieces of crispy sesame, because they inexorably would stick to each other. Separate them by placing between one and the other a sheet of baking paper. Bon appétit!

You can follow this procedure to prepare any kind of crunchy: with almonds, nuts, hazelnuts, pistachios or by using multiple types of dried fruits together. If you prefer, you can only use honey to prepare Cubaita, doubling the dose.

Fresh tomato sauce made in...