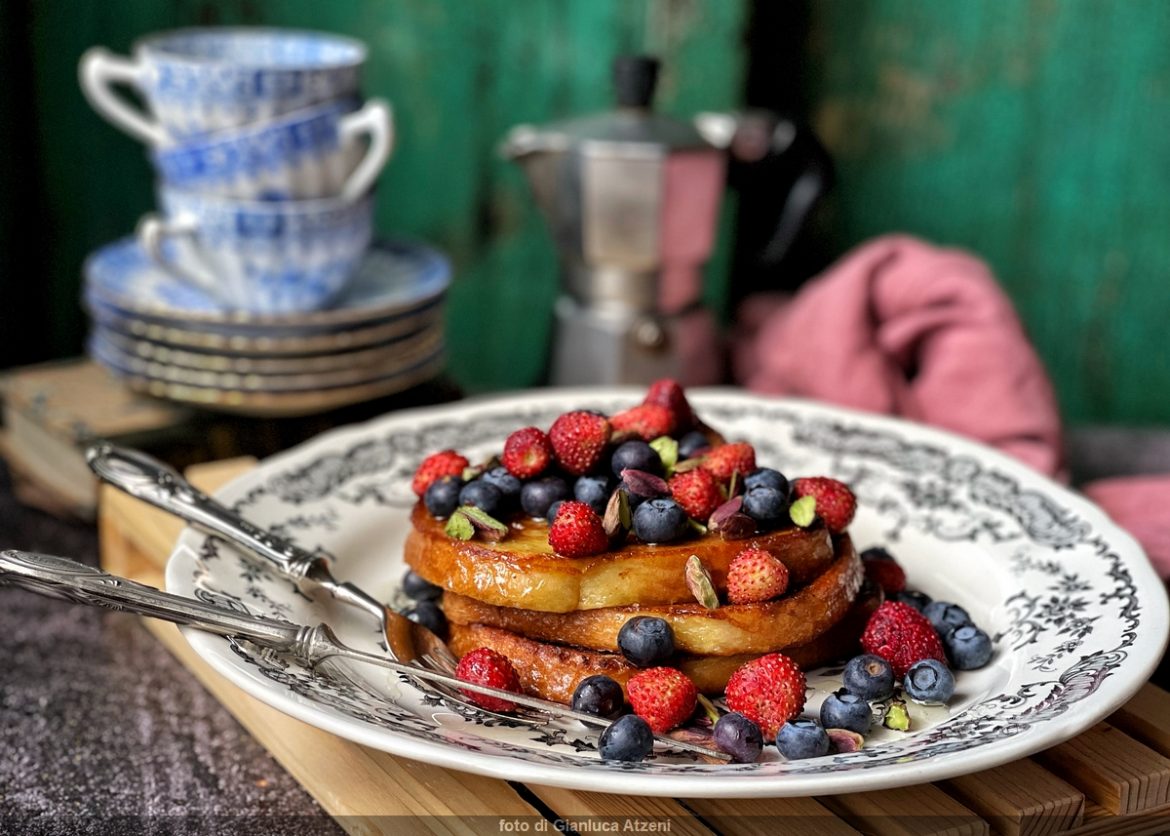 French toast or Pain perdu is a quick and delicious breakfast or brunch recipe, made for those who are not afraid of carbohydrates and calories. These are basically slices of stale bread, bread in a box or brioche bread dipped in an egg mixture, milk and sugar and browned in butter. Very simple, as you see in video step by step recipe.

Since this recipe is widespread in several European countries and also in America, there are numerous variations, starting from the name and the seasoning. In France, Pain perdu is enjoyed mostly covered only with icing sugar. While in England the French toast is enriched with fresh fruit, honey or maple syrup. As in America, where it also takes the name of Eggy bread in its salty versions, with bacon, eggs and cheese. I used strawberries and berries since we are in the perfect season for the CAKES WITH STRAWBERRIES.

What is certain is that it is a poor recipe born to recycle stale bread: in fact in France the Pain perdu or French toast is prepared mostly with the leftovers of baguette or brioche bread. The origins of this recipe are remote, this is confirmed by the fact that it is also mentioned in Apicius' De re coquinaria, where it mentions a stale bread soaked in milk, fried in olive oil and sprinkled with honey.

Even today in Sardinia children eat snacks “on’ indorau breads”, a traditional recipe prepared with stale bread dipped in eggs and milk and fried in oil, both in the sweet variant with sugar and in the salty one. And in Sicily same procedure but in a salty version for the “fried stale bread”, by adding a little’ of caciocavallo or ragusano with egg and milk mixture. And now I leave you to the recipe, Have a nice day! 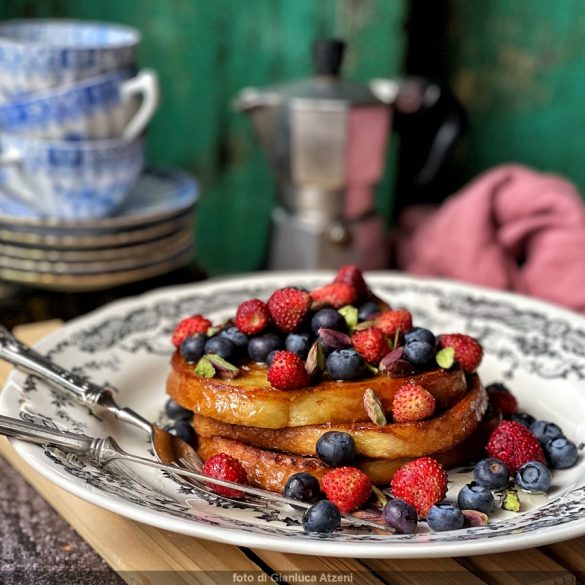 8 slices of bread in boxes also stale or brioche bread

60 grams of granulated sugar or cane 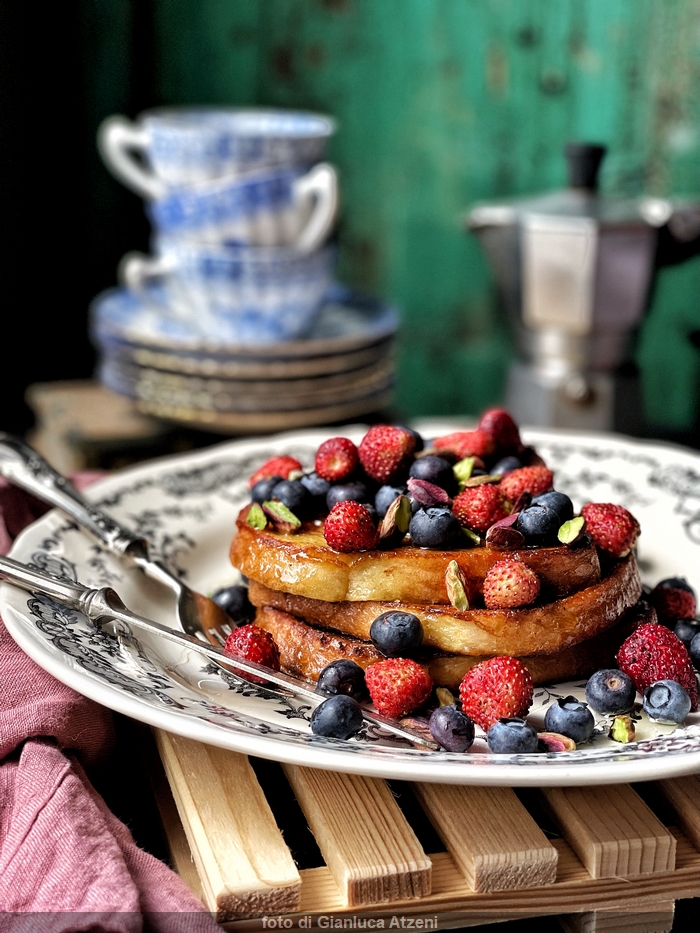 The recipe for Pain perdu or French toast is really very simple to prepare, as you see in video step by step recipe. First you have to prepare a mixture by beating the 4 eggs with whole milk, granulated or cane sugar, a pinch of salt and a little ground cinnamon if you like.

It is important that the fire is very low because otherwise the sugar they are soaked in could burn and give the French Toast a bitter aftertaste. When the bread is golden on both sides, set it aside keeping it warm and proceed in the same way with the remaining 4 slices.

Put 2-3 slices of Pain perdu in each dish: at this point you can simply enjoy it in the traditional way, sprinkling it with icing sugar, or add honey, maple or agave syrup. Or enrich the French toast as I did, with mixed berries and pistachios. The French toast with berries and honey is really delicious, if you want to exaggerate you can also add a little vanilla ice cream or whipped cream. Bon appétit!