A territory, a method, a wine. In a word Franciacorta. I visited this area of ​​vineyards, lake and hills, nestled in a moraine amphitheater, during a three-day tour to the wine cellars of this ancient land of Curtes Francae, name used in medieval times, which today boasts solid food traditions and modern industry. A combination that is repeated in its symbol, the wine, produced in 2,800 hectares on 20,000 total from 19 municipalities in Brescia, the southern shores of Lake Iseo and Mount Orphan (so named because it is the last hill before the Po Valley). Here, over one hundred wineries carry on a production philosophy inspired by the French techniques of the traditional method, But finding original and unique interpretation of Chardonnay, Pinot Blanc and Pinot Noir. An adventure which started production in the early sixties, developed exponentially in the eighties, and that today has given the area a precise identity recognized internationally. On the other hand, the Franciacorta wine is made in an important way from the sixteenth century, but what we know today existed for just fifty years. Small and emblazoned companies, youth and historical producers live united under the brand of embattled effe, logo Franciacorta Consortium: La Valle in Corte Fusia, if’ del Bosco to Fratelli Berlucchi. 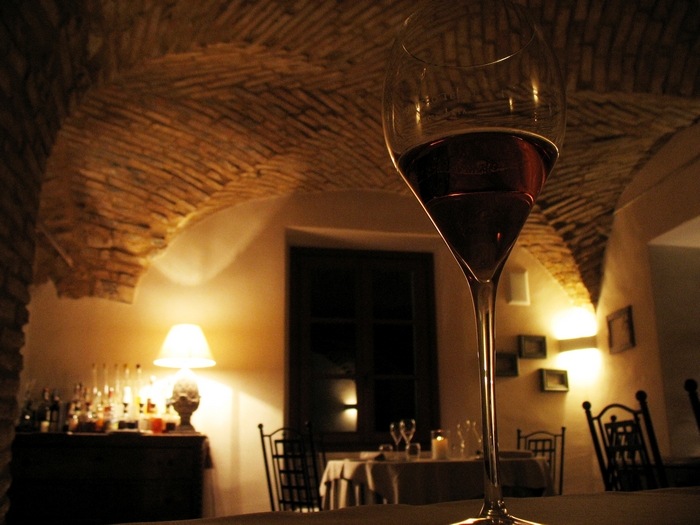 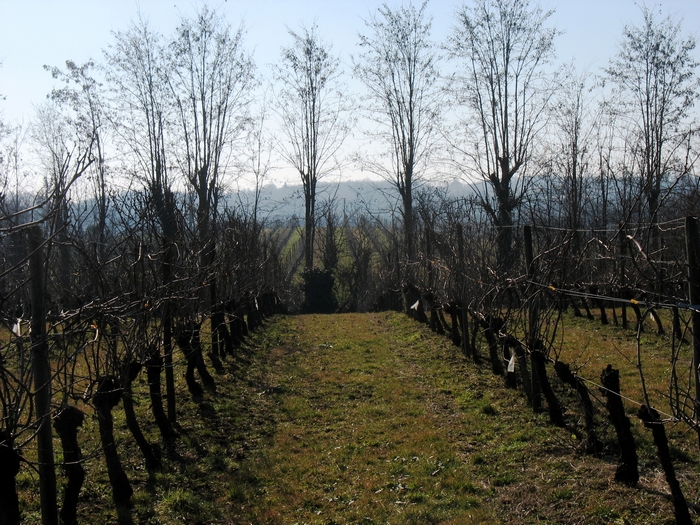 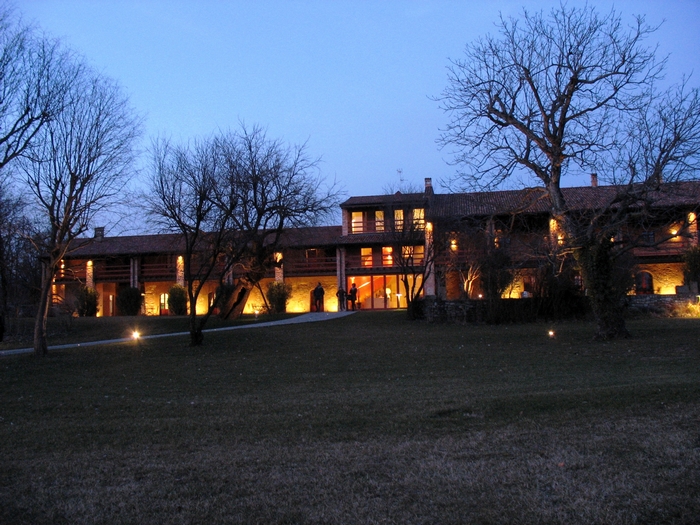 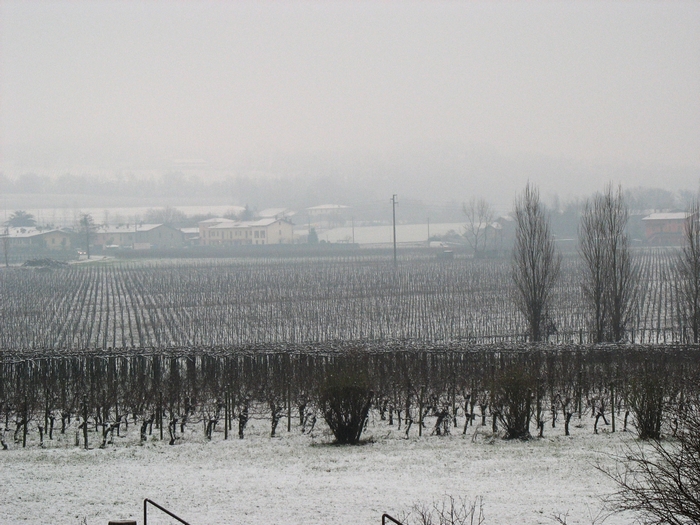 My trip by the party The Four Lands, combining food, Wine production and reception. The Vezzoli family has recovered an ancient farmhouse and today, in a park surrounded by vineyards, It produces 45,000 bottles in the six hectare property. Five of Franciacorta proposed labels, using only Chardonnay and Pinot Noir, and a philosophy aimed at expressing the traditional vineyards without the use of wood and barrels. I stayed in the beautiful rooms of the inn, derived from the original farmhouse of the eighteenth century, and I had the pleasure to taste the healthy food as the chef Fabrizio Albini. If you pass by the Franciacorta an address you can rely on. 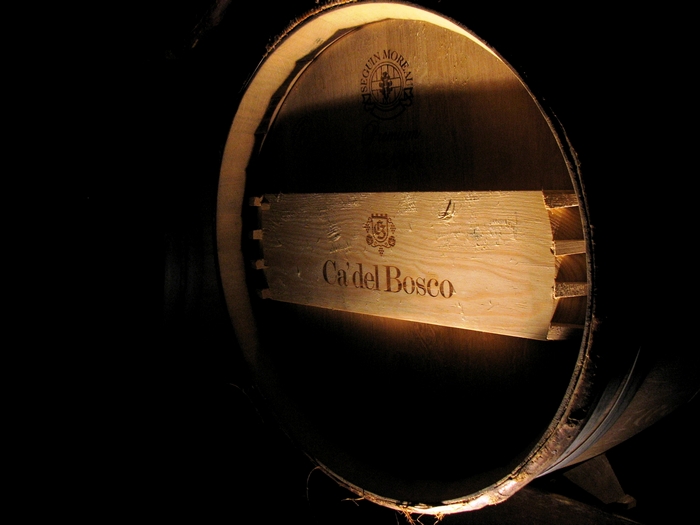 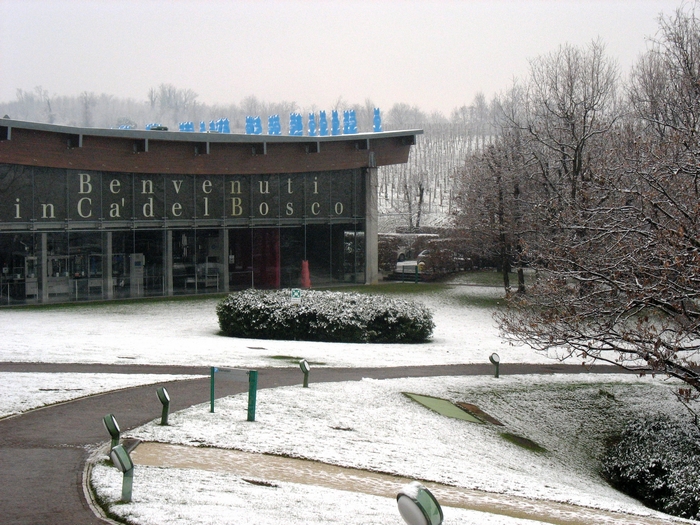 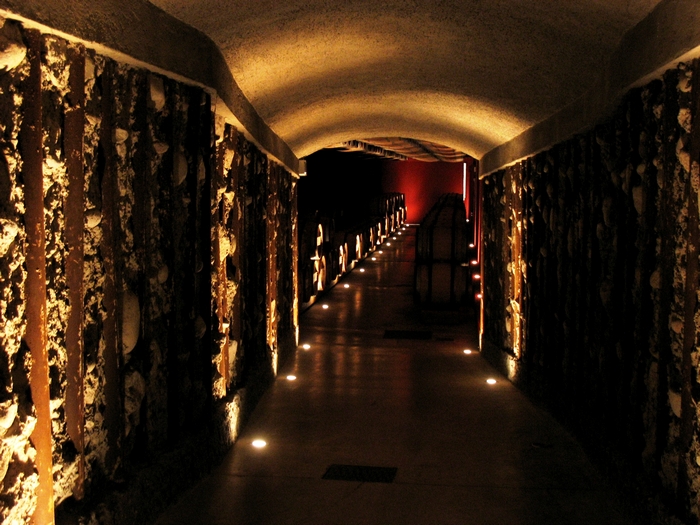 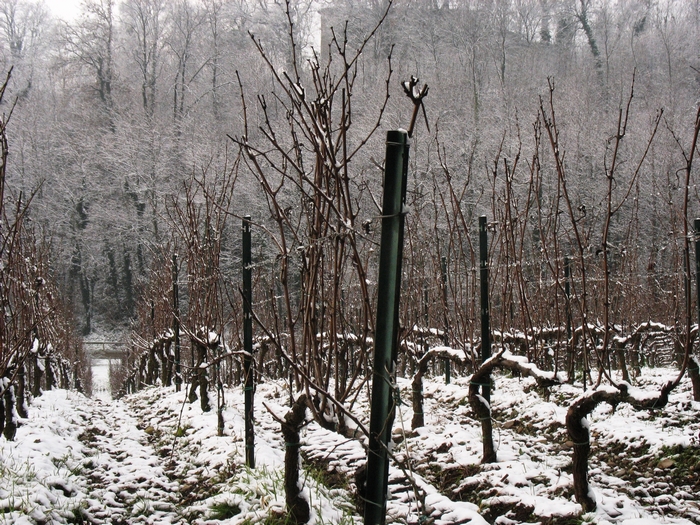 Second stage Ca 'del Bosco, Company of Santa Margherita group. One of the cellars considered among the most beautiful and spectacular in the world, pride of Italian technology. Here they make large numbers of Franciacorta: 180 hectares located in eight municipalities, 1,5 million bottles and 14 labels, tra cui the famous wine “Anna Maria Clementi”, mother of President Maurizio Zanella, art lover who loves to enrich his futuristic cellar (12,000 visitors a year), with works of the best international authors. Among vineyards (I saw them covered with snow, a poem), sculptures, barrels and photographs of the author's visit to Ca’ Del Bosco remains in memory. 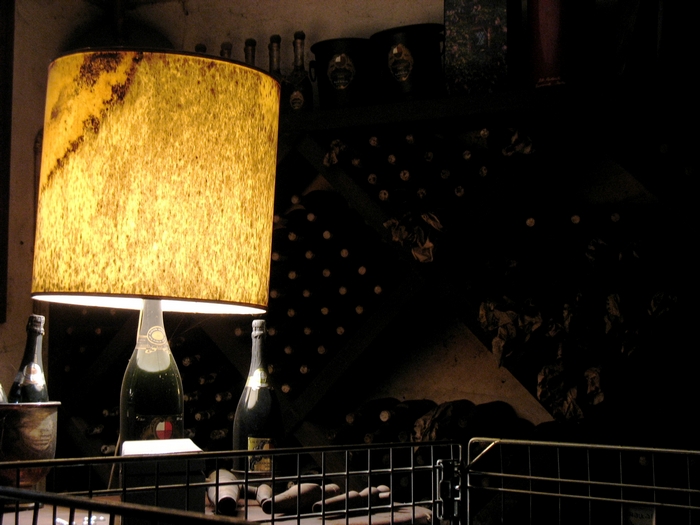 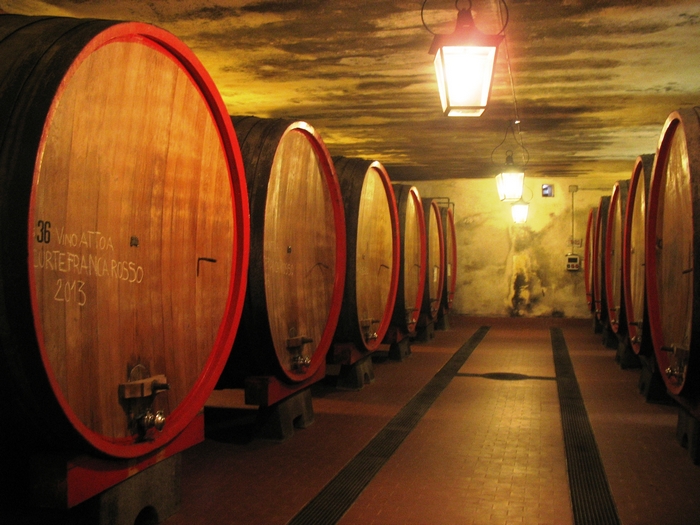 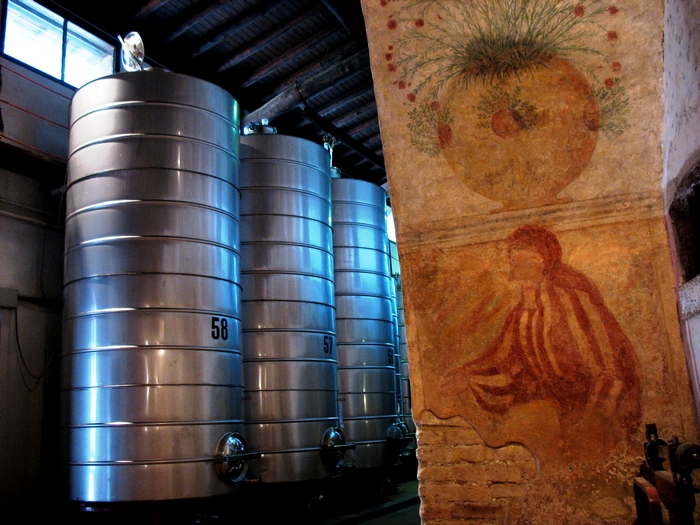 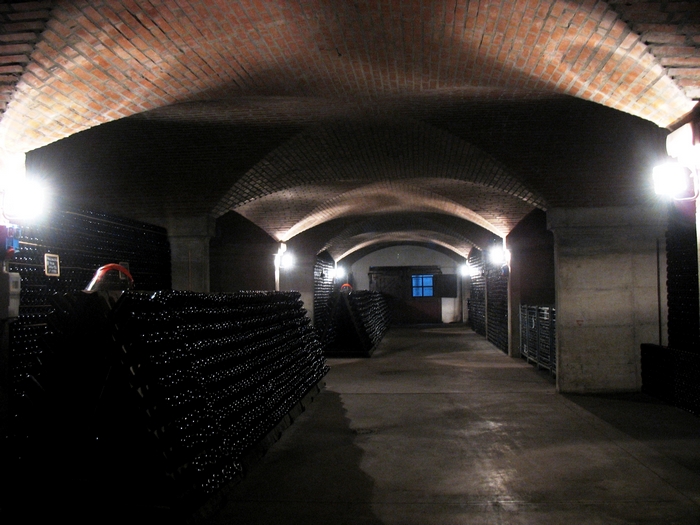 1300 Environments, fifteenth century frescoes on the walls (restored brilliantly) and a family winery from 450,000 bottles. This is brothers In Arms, one of the oldest companies of Franciacorta, 63 hectares in the moraine and alluvial areas, and clay and rocky, which allow the company to propose wines with completely different characteristics. Try the House of Columns Brut Reserve 2006. A head of Pia Donata Berlucchi, one of the most important 'wine women’ Italian, who teaches the philosophy of approaching the glass not only with taste and smell, but also with the heart.

Is’ Claudio was the volcanic Faccoli to welcome me to the cellar Faccoli Coccaglio, managed with his brother Gian Mario: six hectares at the southern foot of Mount Orphan, the oldest outcrop of the Po Valley, where on the side facing south, Thanks to a warmer climate (protected from the north winds), also grow capers. Four labels and 50,000 bottles, and a continuous search for maximum fresh acidity in wines, without any compromise. “A bianchista convinced”, as he likes to be called, that elaborates wines that wink to the most complex champagne.

In 30 hectares of vineyards, the company Il Mosnel (which means 'pile of stones') produces 250 thousand bottles, stored in a basement that runs inside of a farm with structures of the sixteenth and nineteenth centuries. Seven types produced the Franciacorta, Harvest and manual selection as to be regulated and soft pressing in four phases, in order to obtain a qualitative level as high as possible. Lucia Barzanò is among the owners of the company, He inherited from his ancestors in 1836, and its goal is to promote more and more the name of Franciacorta abroad. Among the beautiful cellar initiatives, to hold a competition 'label Question’ looking for the best label for a rare and precious Franciacorta, testing the Italian creative youth. 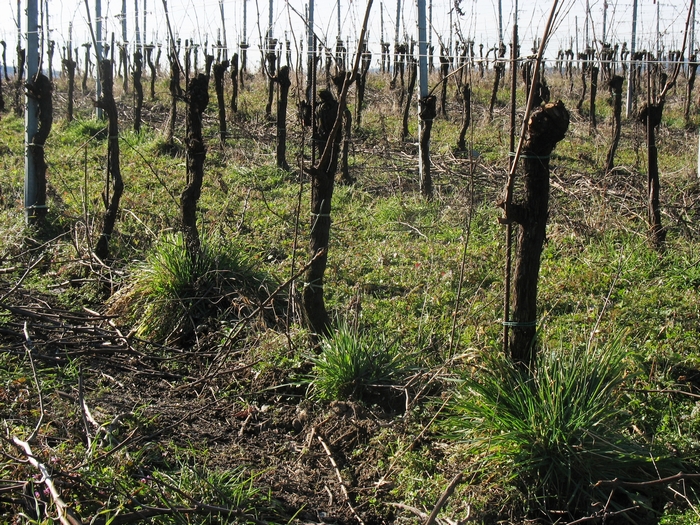 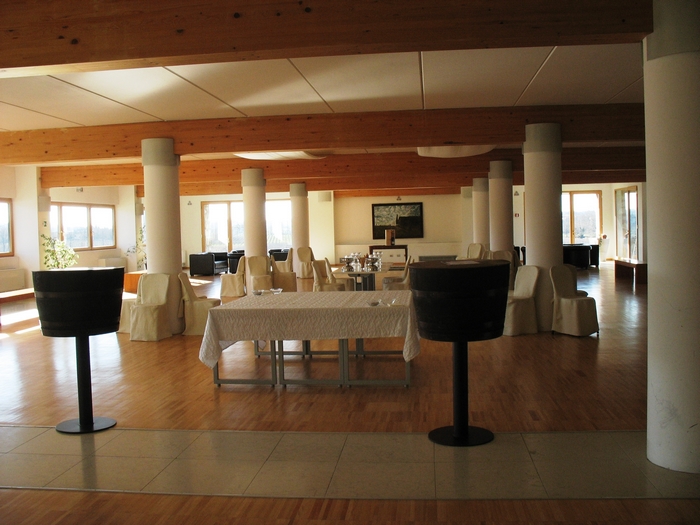 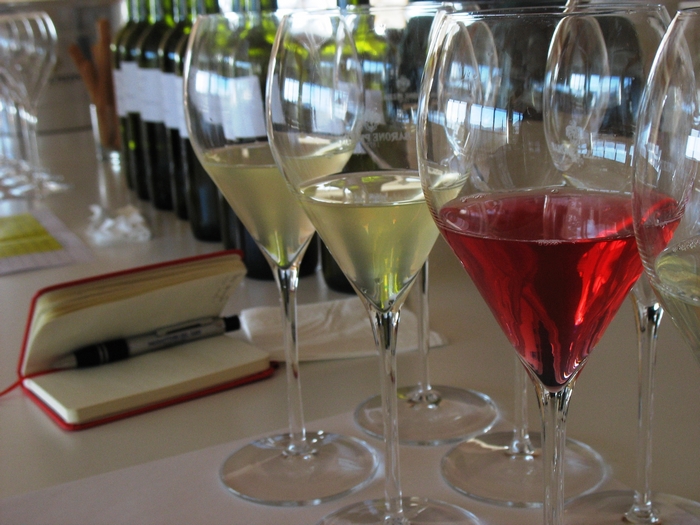 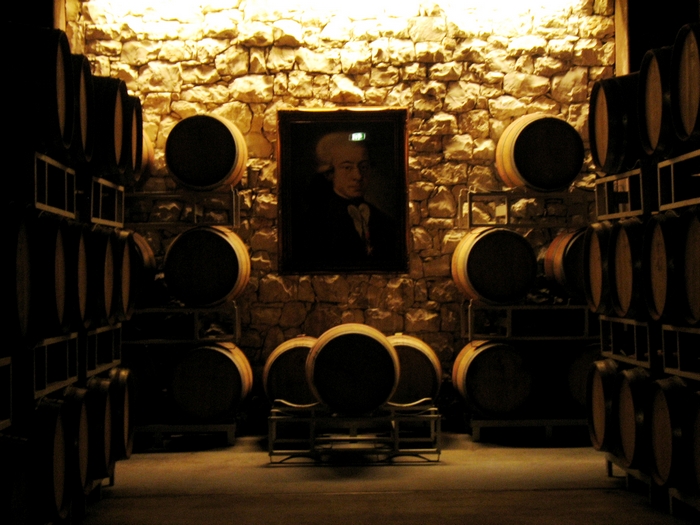 Barone Pizzini (43 hectares and 233,000 all bottles produced with the classic method) It was the first company to introduce in 1998 the organic farming method in this territory, in the belief that the biodiversity of soils must be respected and then expressed to the maximum in the glass. Merit of a group of local businessmen who took over the company in 1991 by the noble Pizzini family, originally from Trento. Green building (wood and stone), renewable energy for 25% of requirements, a 12 meters deep cellar, systems of extraction of CO2 from the ground are at the basis of this modern structure, with one of the tasting rooms of the most beautiful that I could visit, where in the tasting they went from sparkling wine bases to get to reserves. An educational tour to understand the essence of Franciacorta. 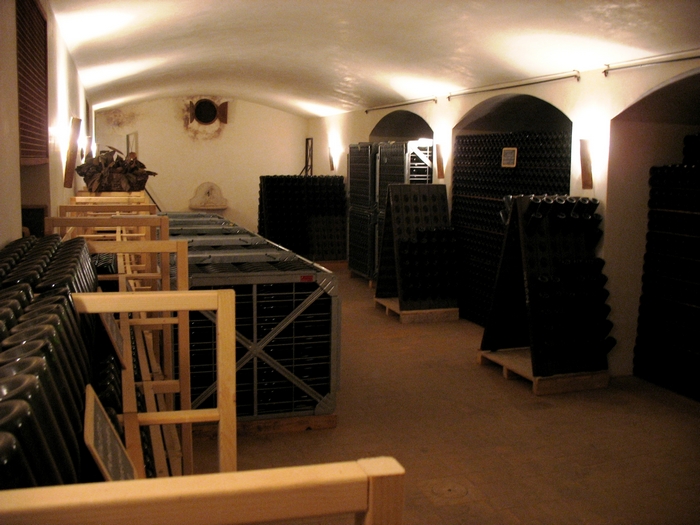 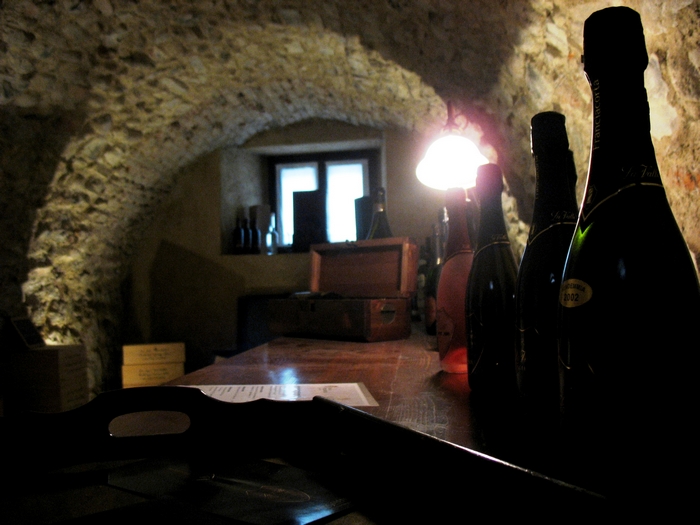 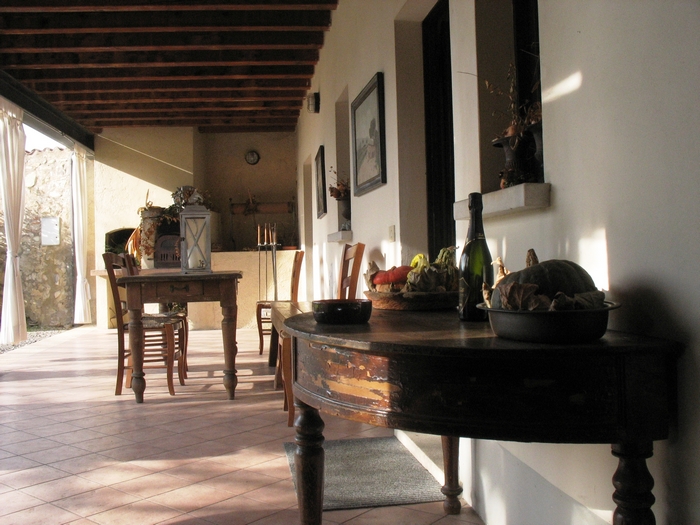 From 1990, in Rodengo Saiano, Pezzola the family gives life to the cellar The Valley for the production of Franciacorta, in a farmhouse of '400. The first 3000 bottles are produced in 1993. But in 2006-2007 the company makes a breakthrough, deciding to support the historic winery a modern cellar, highly technological and self-sufficient from an energy point of view. Today, 6 hectares of vines, La Valle exports to other EU countries and non-EU a bottle of three of the 50,000 produced. The production philosophy, led French oenologist Jeanne Pierre Valade, It is based on the maximum fragrance research in wines, from the collection of the most mature grapes (and then with more sugar and more fragrance) until the vinification with plants in antioxidant atmosphere . But there's more: the discovery of fossil ammonites in their land could even lead to a revision of the zoning Franciacorta.

Daniel and Gigi, founders of Corte Fusia Coccaglio, They are very young, prepared and with clear ideas: with funding have managed to lease 7 hectares of vineyards and some places where in 2010 producing about 25,000 bottles of Franciacorta. They are making appreciate, because their wines have the particularity of the land and the warmer climate of Southern Mount Orphan. The principles are Fusia Court: mineral, flavor and no added sugar to wines. 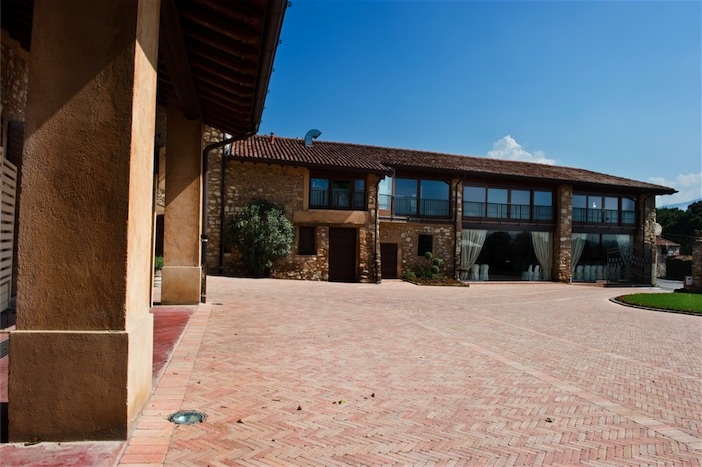 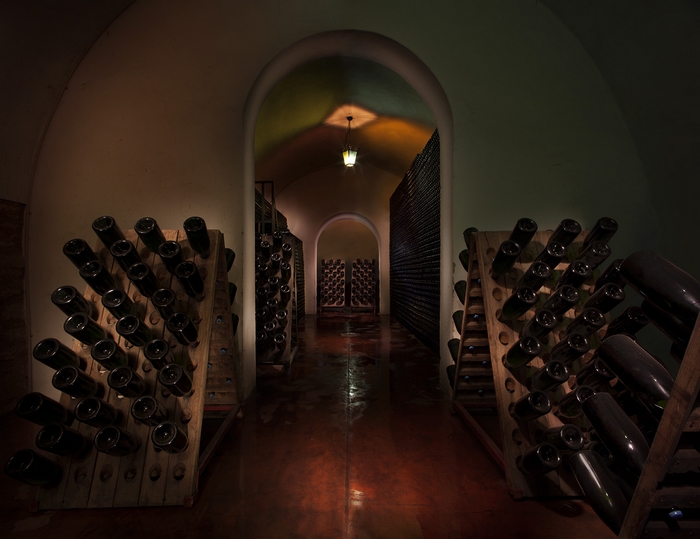 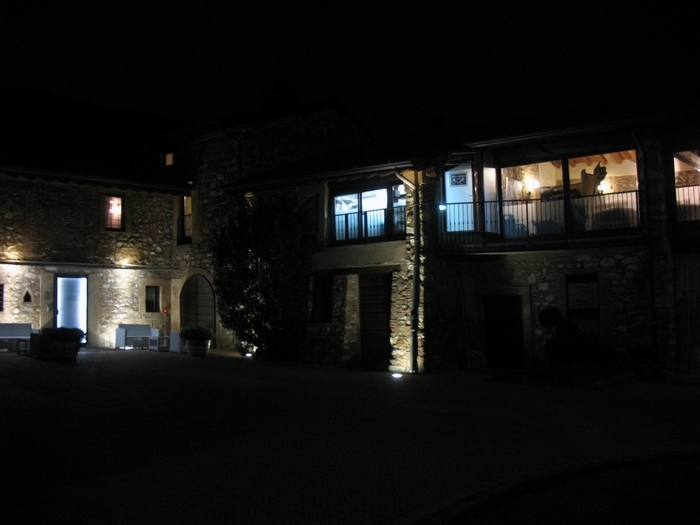 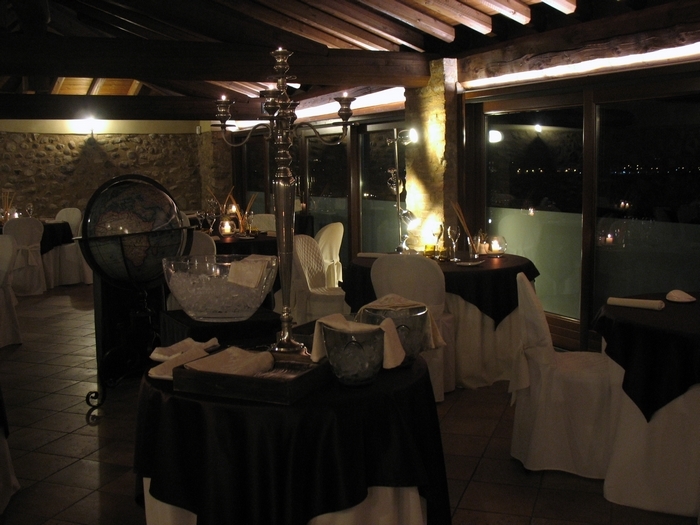 Is’ equally young the management of one of the oldest companies in Franciacorta. A cellar that was launched in 1875, where family Babak de Gaioncelli He produced wine and does so again today, thanks to the Costa family, first Guido (grandson acquired) and then his son Andrea. Fifteen hectares of vines for a production of 90,000 bottles. Here they produce fine and elegant wines: 6 labels with prevalence of Chardonnay and Pinot Blanc, that can be tasted in the restaurant, which is the same Andrea (oenologist) to do the honors. A restaurant with a young chef (Lorenzo Tagliabue, 37 years) and a brigade of even younger cuisine, where dishes are inspired by tradition to arrive at refined but tasty revisited. Highly recommended.

The revolution of Bardolino Chiaretto, 50...

Made in Italy. Tradition and modernity...