Made in Italy. Cheese Abruzzo: Canestrato of Castel del Monte and the company Gran Sasso 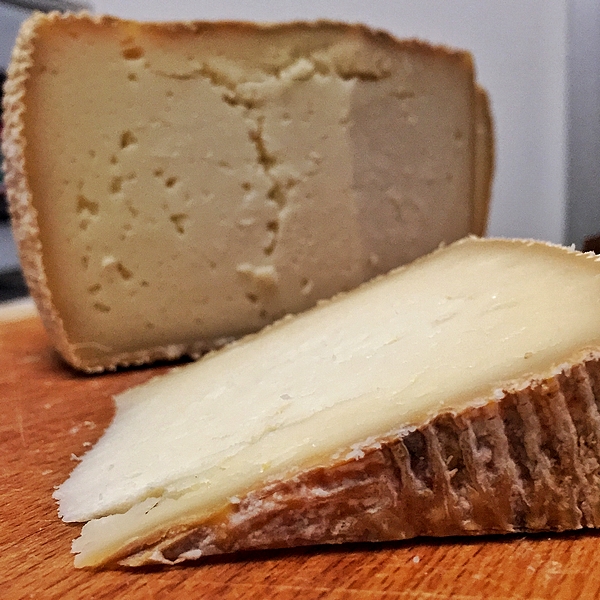 Castel del Monte is a small town in Abruzzo, in the province, which has about four hundred thirty thousand inhabitants and well-sheep. Here, pastoralism has for decades drawn the entire local economy. This small mountain town it is located along the path of sheep tracks that until the seventies were the flocks paths of Abruzzi shepherds, directed towards the flat Foggia to do overwinter their sheep. In that time, Castel del Monte, producers of cheese pecorino Canestrato were numerous, dozens, while today, in 2018, they were only two, who still carry this Italian food excellence, called the transhumance cheese. We went to find one of these two producers, with great pride, carry out their work. Petronio Giulio, owner of Cattle farm “Gran Sasso”, It is an extraordinary example of resilience and entrepreneurship that has its basis in the past and knows how to look to the future with a decidedly modern eye. The importance of this product has attracted the attention of the association Slow Food, who has decided to set up a garrison to support the protection of Canestrato cheese. And the Ministry of Agriculture, through the region and the National Park of Gran Sasso and Monti della Laga, He has entered the Canestrato of Castel del Monte list of traditional food products (Pat) Abruzzo. 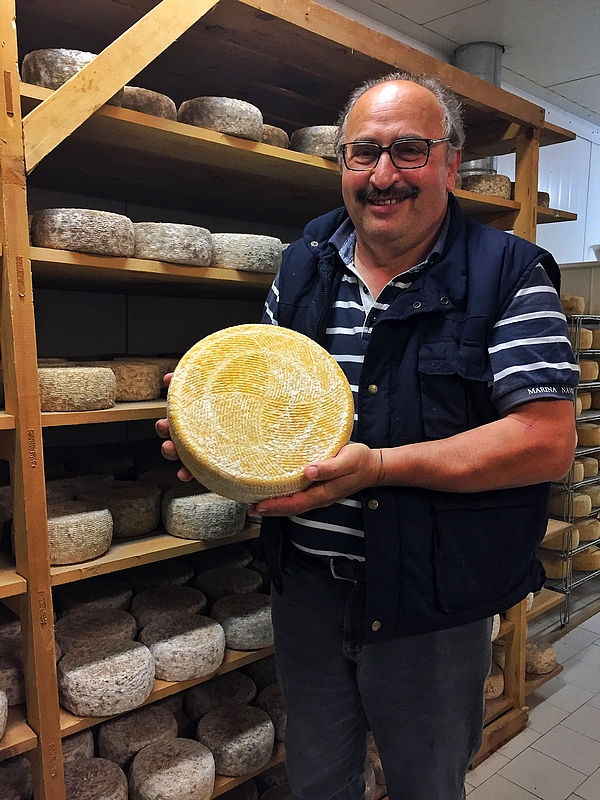 With its 2,200 sheep, the company Gran Sasso, It is located on the scenic road that leads from Castel del Monte in Calascio. Here, livestock and dairy live together under one roof. Petronio Giulio decided in 2000 to make the decisive leap, from pastor job (which played with his family since 1979) to that of the cheese maker and owner of a dairy farm, following the current Italian and European standards. From its laboratories not only comes out the famous Canestrato but also a type of seasoned Canestrato in wax, seasoned ricotta, veined cheese, marcetto cheese, yogurt from cow herds in the wild. Sheep and cattle are bred in the wild because the added value of Canestrato pecorino di Castel del Monte is in the pastures and the extreme variety of herbs of which the sheep can feed at will, according to season. And the wild pasture is at the origin of the organoleptic characteristics of the cheese is convinced Julius Petronio: “The milk comes from sheep that freely eat grass they prefer. That's why the manufacturer's task is simply to take the sheep grazing. For the rest, the cheese – dice – you alone”. 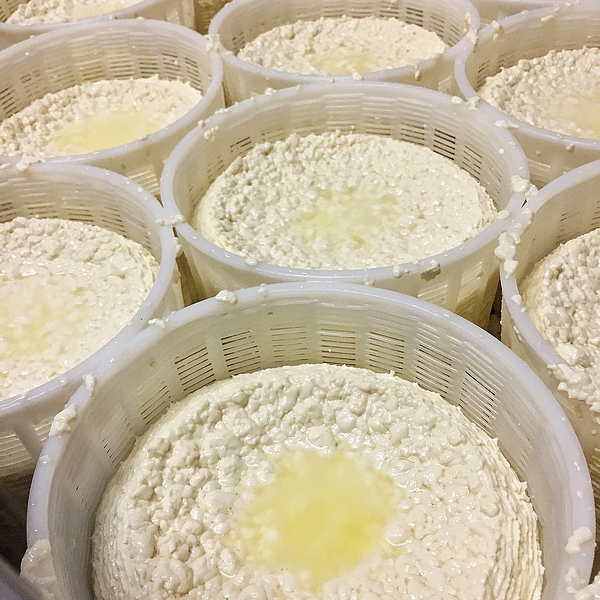 The process for the realization of Canestrato pecorino di Castel del Monte follows a precise product specification. Canestrato is a sheep cheese made from raw milk (unpasteurized) produced in eight municipalities of L'Aquila side of the Gran Sasso of Italy. The sheep are generally limited to race Sopravvissana, or race Gentile di Puglia, and they are raised in the wild in the Campo Imperatore plateau for most of the year (at least for seven months), except in winter, in which animals are conducted in stables or in external enclosures. 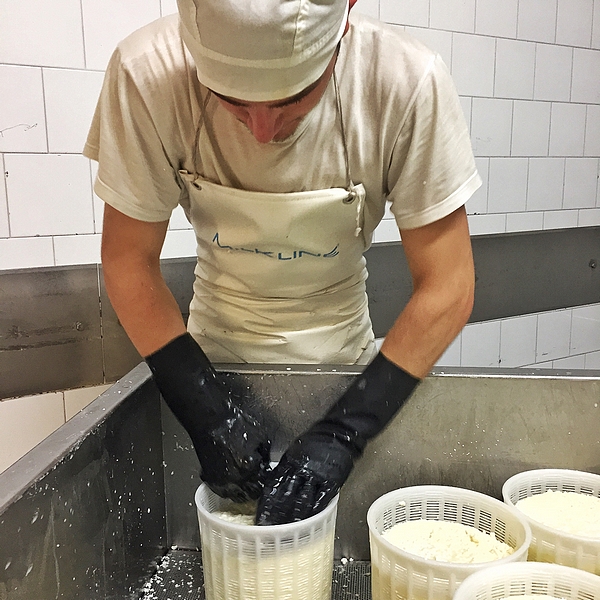 The freshly milked fresh milk is refrigerated at a temperature of 4 degrees. If not used immediately, It is stored for a maximum of two days. It is processed in six quintals boilers, where it is brought to a temperature of 38 degrees, which it is the coagulation temperature. It added whey, to encourage multiplication of the enzymes necessary for the coagulation. Afterwards, It is added to the liquid rennet lamb or veal (usually in a proportion of about 25 grams per quintal a milk). In the long curing exclusively uses the lamb rennet. This phase, very important, It takes about 30 minutes. Right now, is decisive experience of the cheese-maker who chooses the right moment to interrupt the milk coagulation process.

The breaking of the curd, through the thorn tool, It must ensure that you get the very small pieces. subsequently, the curd is extracted and placed in plastic baskets. Traditionally it was placed in wicker baskets, now become items of furniture. From here, the name of “Canestrato”. The form obtained is pressed by hand and turned over several times, to make sure that the serum can drain. Afterwards, forms are placed in a boiler, where they stay for two or three hours between 40 and 45 degrees surrounded by water vapor. This procedure serves to ensure that the excess serum may exit as soon as possible, to prevent breakage of the form of cheese. We realize that to produce a pound of cheese pecorino Canestrato need between 4 and 5 liters of milk, depending on the milking period.


Before salting, any form of Canestrato pecorino a nameplate is applied, in organic material (sealing wax), allowing tracking, backwards, the entire lifecycle of the form, up to the dairy and the day of milking and milk used. Salting is another important step for the conservation of Style. It is made in brine. It has a minimum duration of 12 hours for each form by a kg or 24 hours in the case of a form of 2 kg. It takes place at a temperature comprised between 10 and 12 degrees. 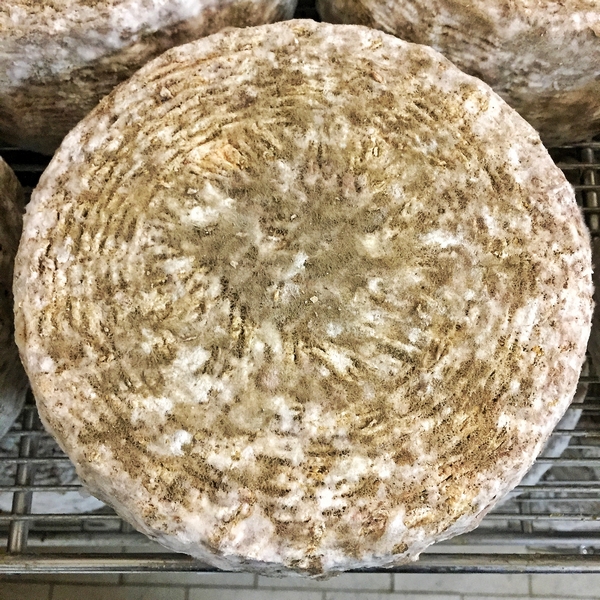 At salting, It follows the maturation phase. That optimal for a Canestrato pecorino to be used at meal is between 2 and 3 months at a temperature between 10 and 13 degrees. Often the curing continues until 5 months, but it can be up to ten to twelve months of seasoning. Gran Sasso The company has also produced a version of Canestrato with a long maturation (two years and a half), but only forms of great size. 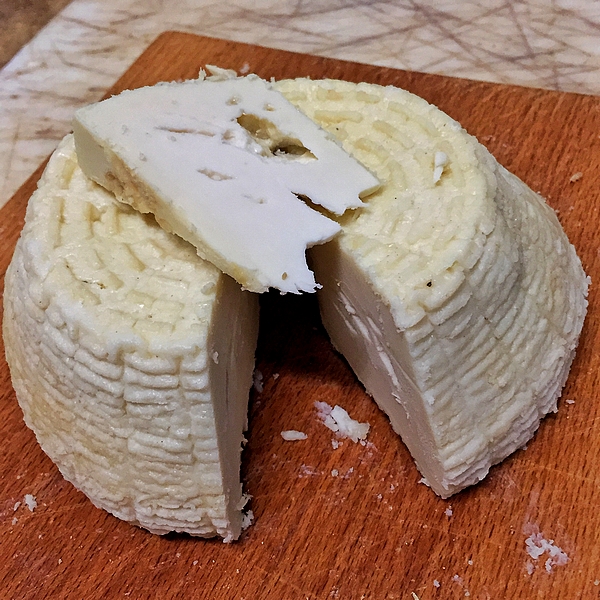 Canestrato Features of Castel del Monte: the rind is grooved, dura, pale yellow. Inside, the dough is whitish, a soft consistency, also in the forms of medium or long aging. The flavor is delicate and characteristic (of milk and hay) and gradually it becomes hottest in more mature specimens. It is produced in three sizes: da 1 kg a 2 kg, from 2,5 kg a 5 kg, da 10 kg a 15 kg (very rarely). The shapes are cylindrical with a barefoot which can be either straight is slightly convex. The end customer prices are different. The semi-hard cheese costs between 21 Euros and 24 Euros per kilo. The mature specimens up to 5 months are priced between 25 and 28 €. Finally, for long curing (over 5 months) the cost is close to 30 Euros per kilo. 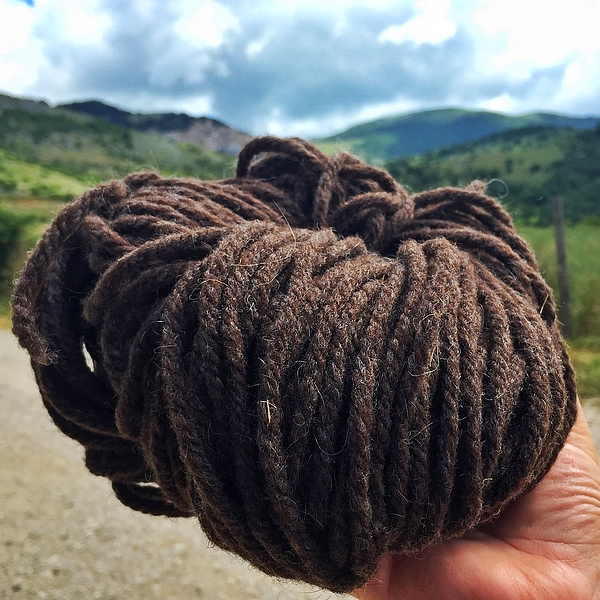 The project Pecunia. Giulio Petronio is a manufacturer that does not stop at simple work breeder and dairyman, but look forward to the future trying to enhance the old traditions of its territory. Today beside him there is also his son, who decided to carry on his father's work. Besides cheese, Julius is overseeing the project Pecunia, regarding the selection of sheep wool, starting with those of race Gentile di Puglia. A sheep from the black robe is to offer a high quality wool. Giulio Petronio tells that the system of processing and marketing of the wool was particularly flourishing in area in the early twentieth century, and gave an important income to large population groups. With the passage of time, the advent of synthetic materials and import has caused the decline. His project, which also involves other organizations of the town of Castel del Monte, aims to restore dignity to this natural material and its trade. To give another chance to this economic territory.

Jewels of the land of Abruzzo