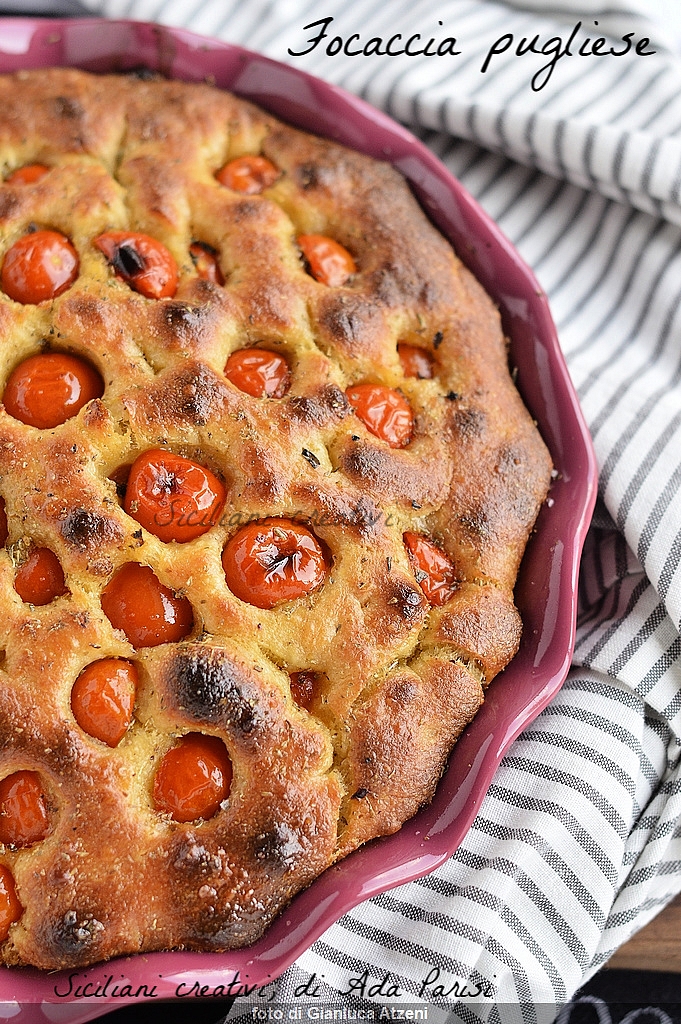 Soft, high, flavorful, with fresh cherry tomatoes and lots of oregano: is the Apulian focaccia, one of the symbolic foods of Puglia at the table. I love Puglia very much, it is a region that enchants me, that I feel close to and where I find many aspects of my Sicily, even in food. Whenever I go to Puglia this focaccia is the first thing I buy: hot, greased with oil, fragrant. And above all very high, because I'm a fan of carbohydrates and I love high and soft buns. And the Apulian focaccia, cooked in the special round baking tray with high edges, is even higher than the Focaccia MESSINESE and even of the sfincione PALERMO or that BAGHERESE, NEW.

The Apulian focaccia is a riot of aromas and flavors: it is rich in extra virgin olive oil, both in the dough and in the dressing and it has boiled potatoes in the dough, along with a mix of semolina Senatore Cappelli and farina 0. I prepared it using mother yeast and a long leavening, but as always I also leave you the doses with fresh and dry brewer's yeast.

Yeasts and leavening of the Apulian focaccia

My recipe therefore requires a maturation of at least 24 hours in the refrigerator and then a double leavening at room temperature: first in the bowl until doubled and then in the pan, once seasoned, again until doubled. Times are very similar to mine PIZZA LONG PROVING: follow me on Instagram to see all the pizzas I bake and my advice on leavening.

If you want to speed things up, skipping the ripening phase in the refrigerator (which makes the dough much more digestible), you will have to increase the doses of yeast to 5 grams of dry and 10 fresh brewer's yeast. In this case, you will have to prepare the dough early in the morning. And then let it rise at room temperature first in a bowl and then in a pan for the whole day. Certain, you could use a lot more brewer's yeast and get a very fast leavening. But your focaccia would taste like yeast, it would harden quickly and above all it would be difficult to digest. I do not recommend it. At this point I let you go to knead and I wish you a good day! 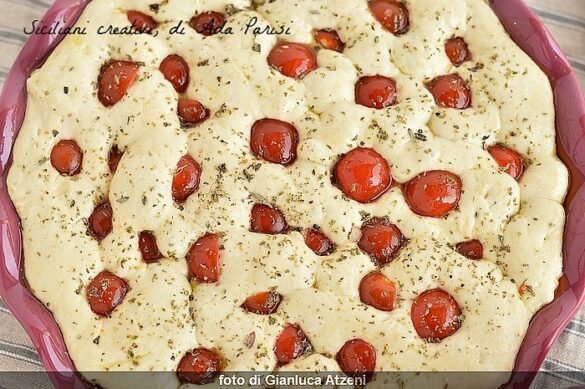 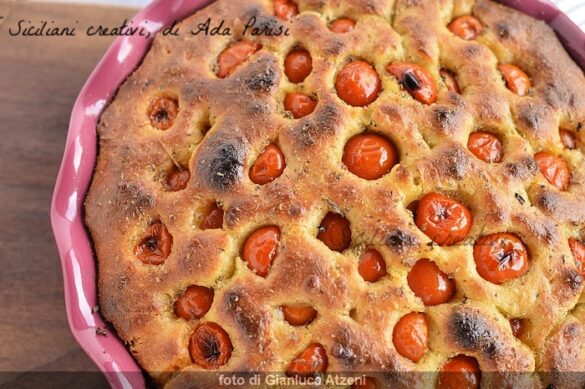 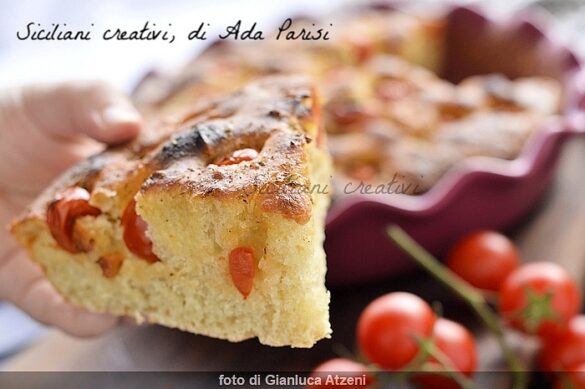 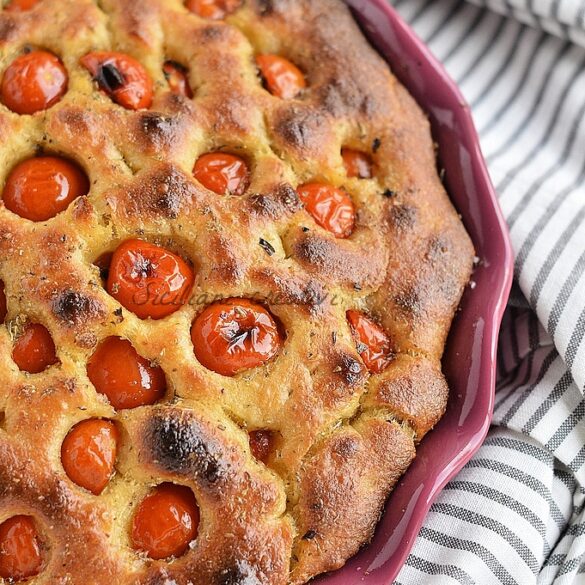 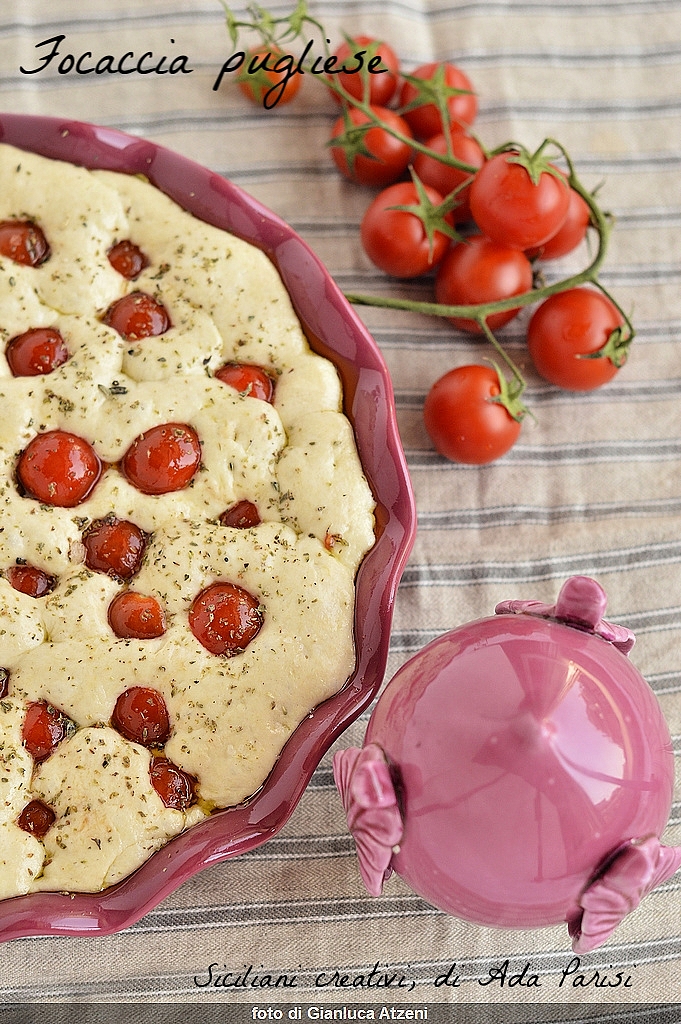 You can prepare the dough for apulian focaccia both by hand and in planetarium. First boil the potatoes and, when they are still hot, peel them and mash them with the potato masher. Add the manitoba flour and the re-milled semolina to the potatoes. If you use sourdough, dissolve it in the water and add it to the dough, otherwise add the dry yeast or the beer yeast dissolved in water. Knead for a few seconds and add the salt, oil and sugar. Continue kneading until all the water is absorbed and work the dough on the work top for at least 15 minutes. You need to obtain a homogeneous mixture: if the dough is slightly sticky, Do not worry. During the rest in the refrigerator the glutinic mesh will form and your dough will become more consistent.
Cover the dough with contact food film and refrigerate for at least 24 hours.

After the time of maturation, when enzymes break down starches and flour proteins by digesting them, put the bowl in the oven with the light on, always covered with plastic wrap, until doubled. The waiting time for leavening depends on the temperature and humidity of the environment in which the dough is located. Do not rush. When the dough has doubled, abundantly grease the pan (I said abundantly) with extra virgin olive oil and pour the dough. Surely the dough will be very soft and well leavened. Evenly grease the surface of the Apulian focaccia with extra virgin olive oil, cover with plastic wrap and put it again to rise in the oven with the light on until doubled. 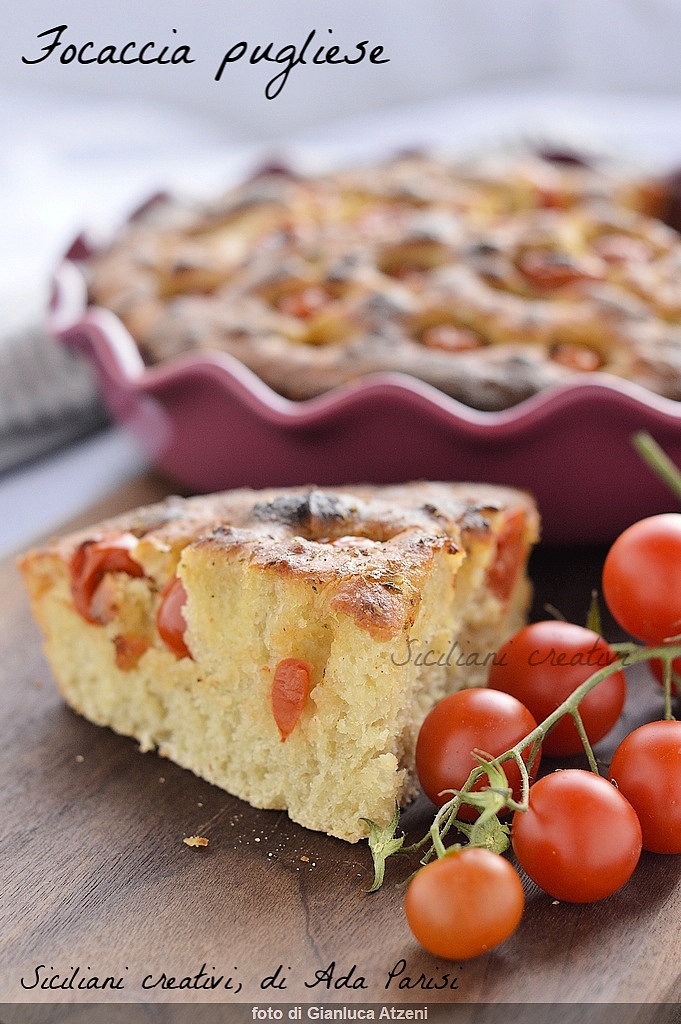 Preheat oven to 210 degrees static. Bake the Apulian focaccia in a hot oven and cook for 35 minutes or until the focaccia is golden brown, those burnished gold. If you have a cooking thermometer (I will never stop advising you to buy it), put it in the center of the focaccia: if the temperature reaches 95 degrees, your focaccia is ready. Remove from the oven and, while the Apulian focaccia is still hot, brush the surface with extra virgin olive oil mixed with a pinch of salt. Bon appétit!
The Apulian focaccia keeps perfectly for 3 days if stored in a frost bag and in a cool and dry place. I suggest you heat it slightly in the oven at 150 degrees before consuming it. It will come back fragrant as if it had just been made.

Pizza with 7 cereals with avocado ...

Ada Bonjour,
I need a clarification when writing “Cover the dough with cling film and put it in the refrigerator for at least 24 hours.” do you mean that the film must be in contact with the dough and then I wrap the dough ball with the film or that the film is the type of food that can be in contact and then I cover my bowl with the film simply ?
thanks and congratulations for your recipes that I often follow, especially the Sicilian ones that remind me of the cooking of my mother from Messina
Francesca

Hello Francesca, Thanks! Then, you have to put the film over the dough, adherent, but do not wrap it because it slows down the leavening, it must cover it without letting in air. A warm greeting, ADA