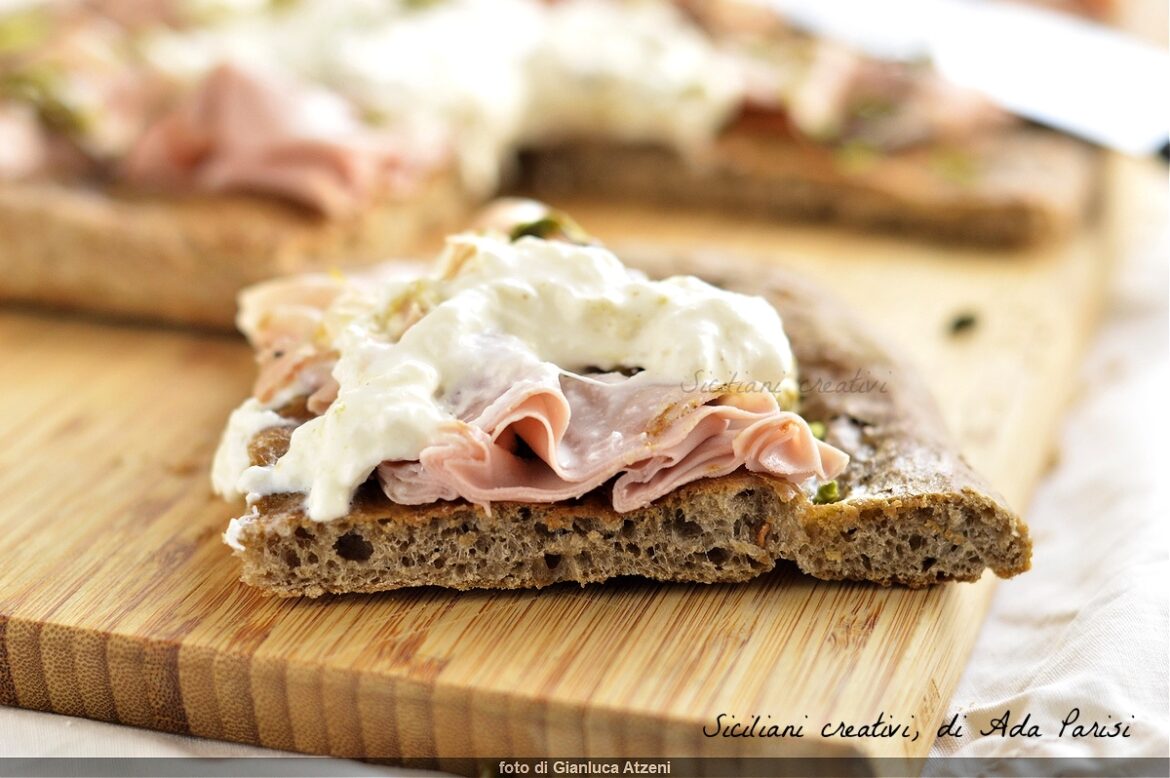 The combination of burrata and pistachio on focaccia and pizza has become fashionable for some years, but it's one of the few food fads that i totally agree. The Romans have always known that “pizza and mortazza” it's a divine union. And this is borne out by the long ends in the Campo dei Fiori and Pantheon area in front of some famous and historic shops that sell this divine sandwich. On the tables of the pizzerias the focaccia and pizza with mortadella burrata and pistachio have arrived for some years. But they came to stay. I propose to you a full focaccia with mortadella burrata and pistachio. Cooked in a baking tray like the PIZZA IN A BAKING TRAY homemade, but slightly higher, highly scented (depending on the flours you use) and really delicious. 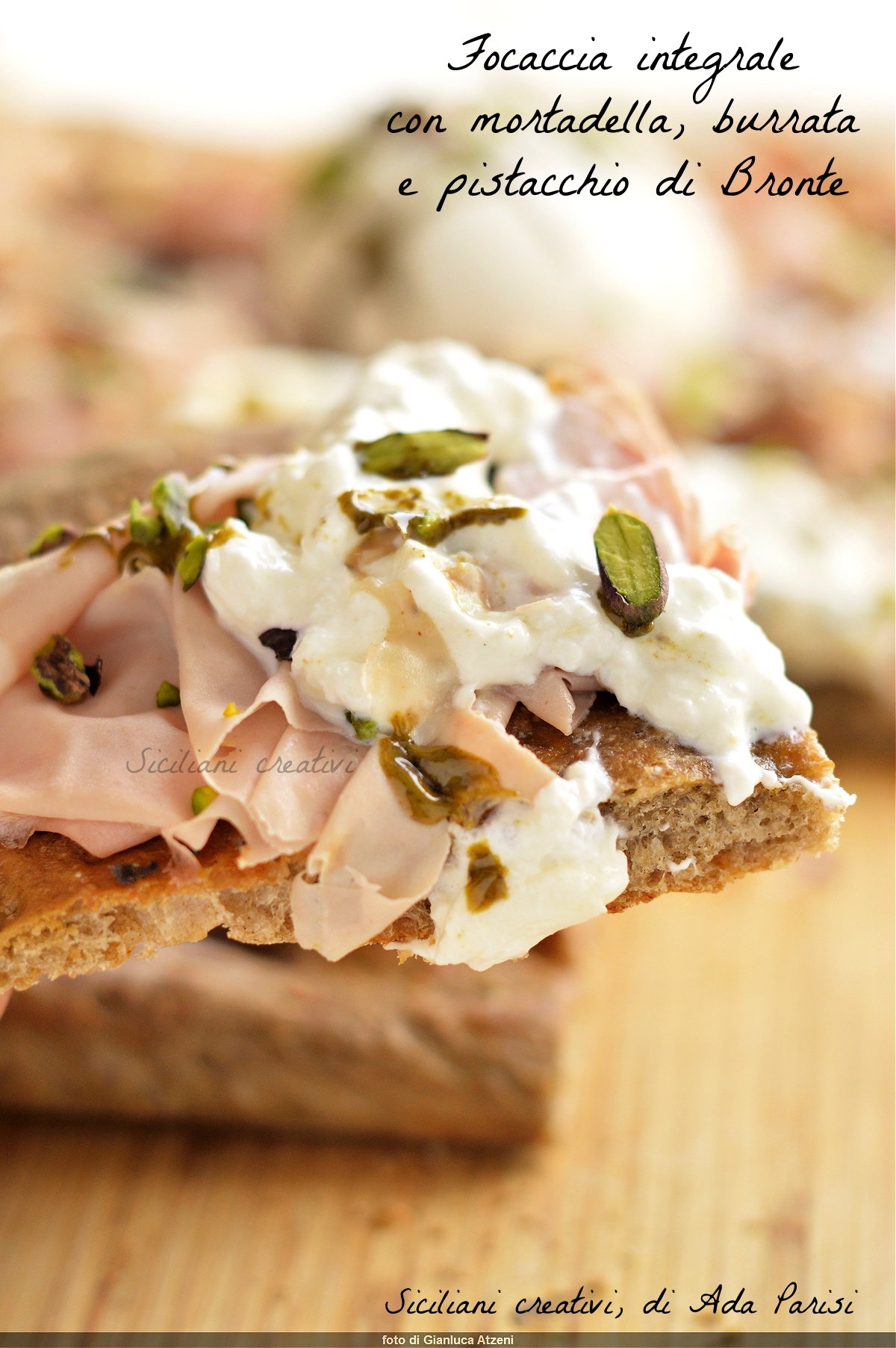 The ingredients of this focaccia are double zero and zero flour, whole meal or multicereal flour, water, Salt, yeast, extra virgin olive oil. I suggest a 12-hour rest of the dough in the refrigerator (one night) so you have an easily workable and ripe dough at the right point. But, If you prefer, you can also leave everything at room temperature and make a leavening in the day.

Pizzas and focaccia, many recipes to try

And with this whole-grain focaccia with burrata mortadella and pistachio, I add another piece to my collection of pizzas and focaccia. Declined with sourdough, fresh or dry brewer's yeast. So don't forget to try

FOCACCIA WITH MORTADELLA BURRATA AND PISTACHIO 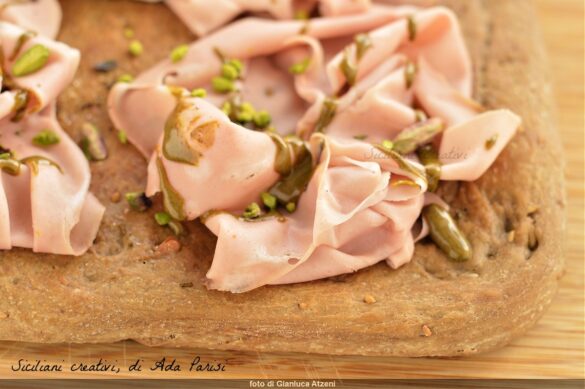 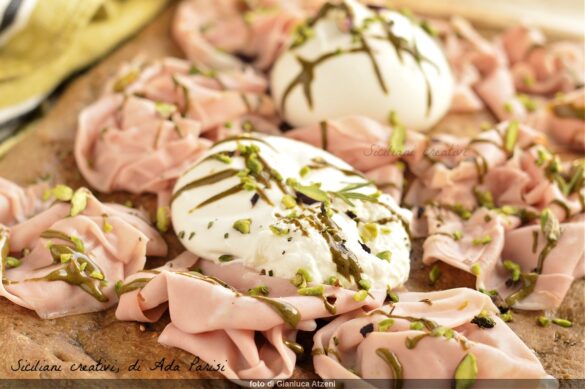 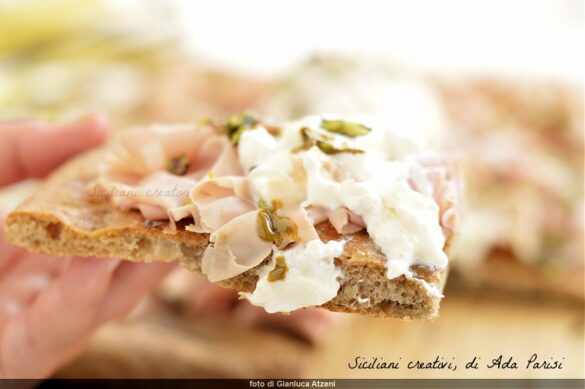 Sift the two types of flour and put them in a bowl or kneading machine. Combine all the water and dry brewer's yeast. Mix with your hands, with a wooden ladle or setting the kneading machine in motion at low speed. When you have a coarse mixture, add salt and extra virgin olive oil. Knead for 5 minutes until a homogeneous mixture is obtained. Put it on the lightly floured work top and work it briefly with the palm of your hand until you get a smooth dough. Round the dough, cover it with a bowl or food film and let stand for ten minutes.

If you use sourdough or fresh brewer's yeast, remember that both must be dissolved in water at room temperature before being inserted into the dough.

After 10 minutes, round the dough until you get an oval dough and put it in a container, covered with contact food film and hermetically sealed. Let the dough rest for the wholemeal focaccia in the refrigerator, at a temperature between 4 and 6 degrees, for 12 hours or one night. 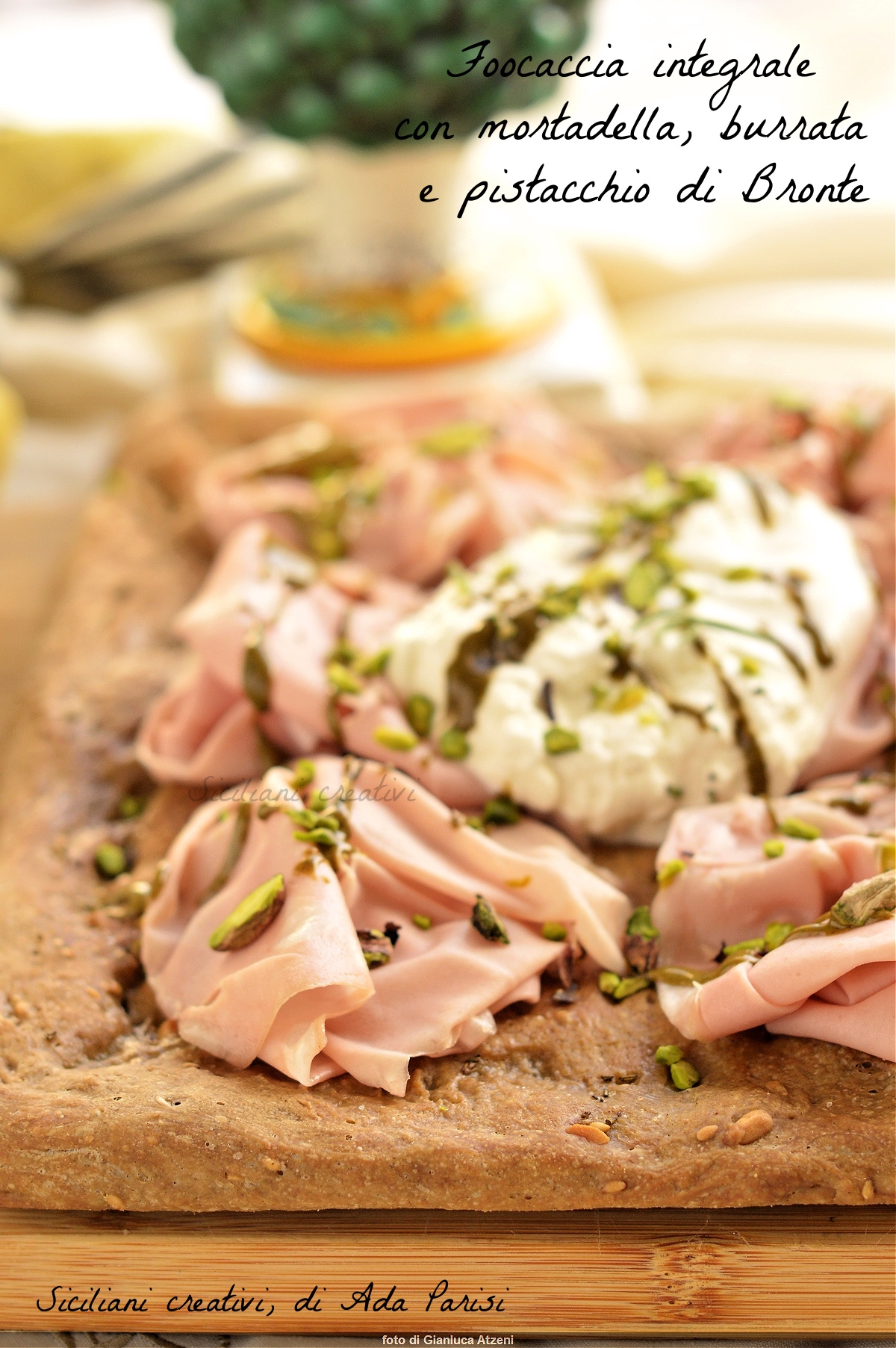 The preparation of homemade pizza on the pan

Preheat oven to 220 degrees static. Grease the focaccia with a little extra virgin olive oil and sprinkle with a little salt until maldon salt. Cook the wholemeal focaccia for 15 minutes or until it is swollen and golden.

The dressing of the pizza in the pan

For the pistachio cream, beating to mortar (or whisk) the pistachio with as much extra virgin olive or pistachio oil as necessary to get a cream. Let the focaccia cool for a few minutes, then distribute on the whole flatbread the mortadella Bologna PgI in thin slices, the burrata (mettetela intera e apritela una volta portata la focaccia in tavola) e completate con la crema di pistacchio, pistacchi tostati e pepe nero. Bon appétit!

Round zucchini stuffed on cream of...