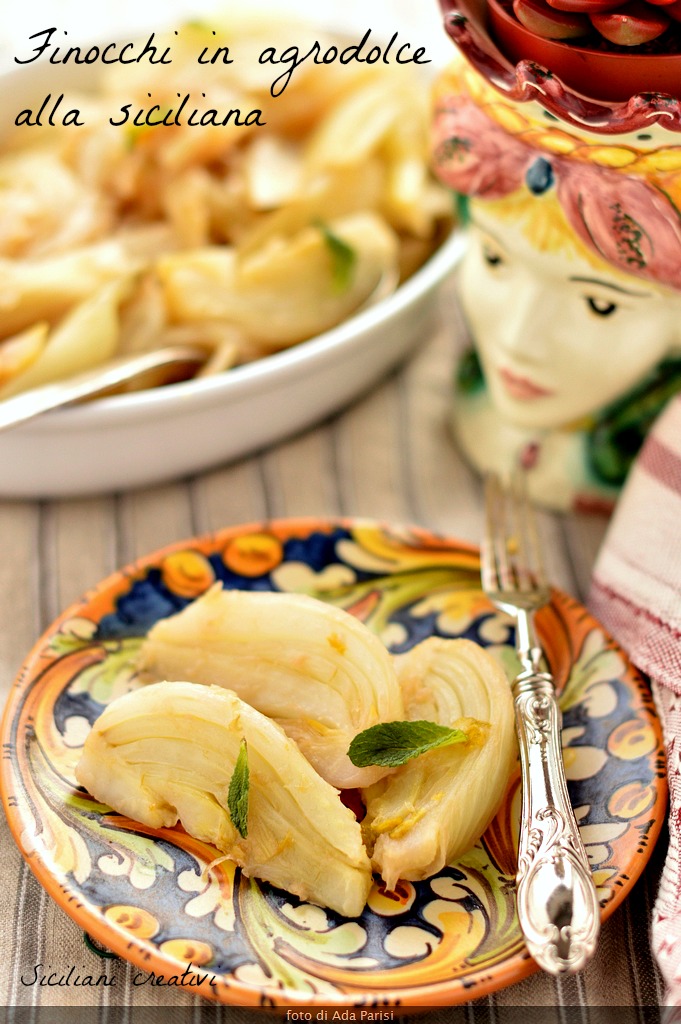 Sweet and sour fennel in a Sicilian pan. Baroque, complex and rich, but also of an infinite simplicity. They are the two faces of Sicily at table. Today I present a recipe that definitely belongs to the second soul of my island, that simply good: fennel and sour. One fast vegan recipe, very easy, with very few ingredients and even light, I would say almost without calories.

On my YouTube channel you will also find a very short VIDEO TUTORIAL that shows you in 15 seconds the process. Is, Believe me, to prepare this recipe it takes a few minutes.

The point of strength of fennel and sour Sicilian lies nell'agrodolce. A simple mixture of vinegar and sugar that is the basis of many Sicilian dishes, caponata from the peppers passing through the rabbit, meatballs or pumpkin. And so how could you not take a look at all my RECIPES SOUR?

The bittersweet leads to humility, mundane and boring fennel an interesting vegetables, flavourful and complex. Fresh mint further illuminates the dish that, as other ingredients, only extra virgin olive oil and salt: I said that was light? Obviously I do not need to tell you that it is a vegetarian and vegan recipe, a’great alternative to traditional gratin fennel with béchamel sauce, I prepare by adding a little’ pistachio for a more delicious gratification. Or the classic Sicilian fennel and orange salad. I have convinced to try the fennel and sour? Of course I recommend that you do not lose all my SICILIAN RECIPES and, if you're vegan, My VEGAN RECIPES. Have a good day! 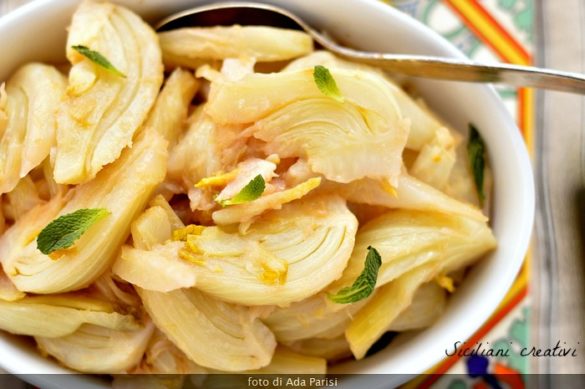 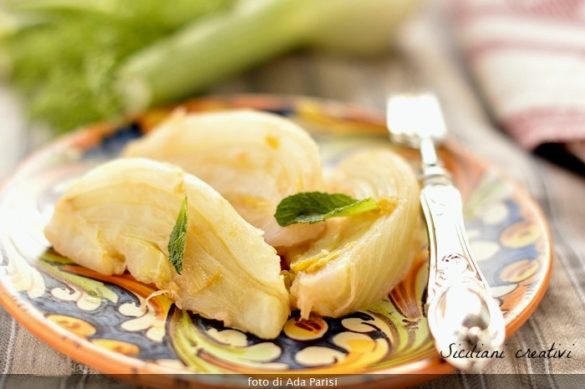 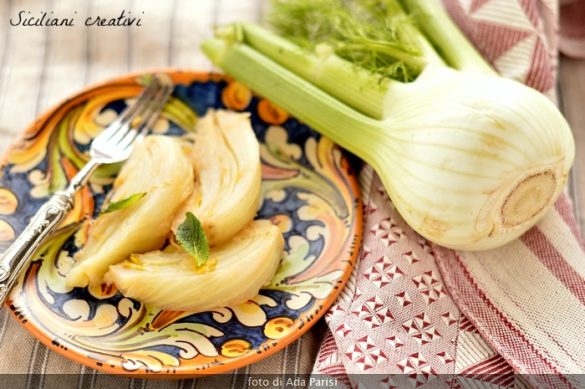 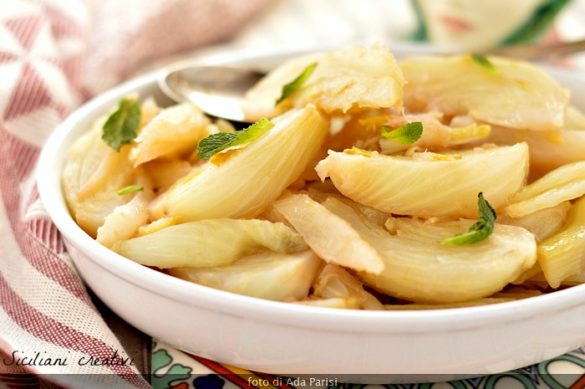 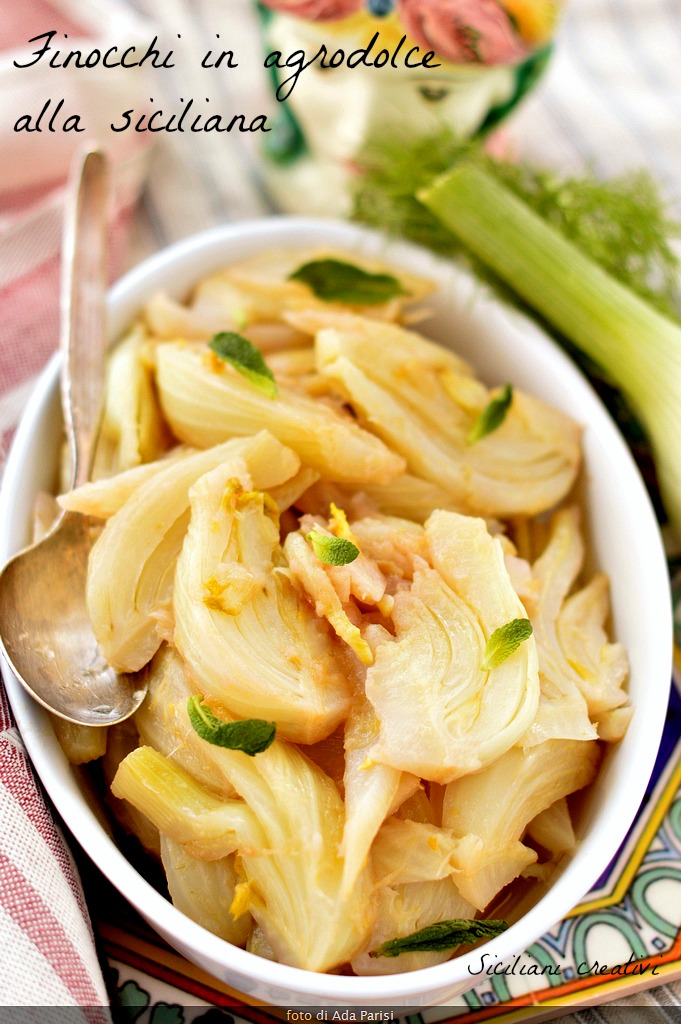 To prepare the fennel and sour Sicilian really takes a moment. Choose small fennel, because they are less fibrous and more tender. Cut the outer part of the fennel and the ends. With a knife remove any strands of fennel, pelandoli as you do with celery. Wash the fennel and cut them in half, then into quarters. Cut each quarter into further two halves.

Put a little extra virgin olive oil in a pan, heat and toss the fennel. Sauté the fennel over high heat for 3-4 minutes, then add two tablespoons of cold water, add salt and cook the fennel and covered over medium heat for 10 minutes, turning them occasionally. Qando the fennel are tender but not mushy (fennels must resist when trying to stick them with the fork), raise the heat and add the vinegar in which you will have dissolved the caster sugar.

Stir and let the acetic alcohol fade by continuing cooking for another 2-3 minutes or so. Fire off, add ground black pepper and a little fresh mint. The fennel and sour Sicilian eat strictly lukewarm or rather cold, as all the preparations in bittersweet. If not immediately consumed them, preserved in sweet and sour fennel for up to one day in the refrigerator, covered by for food in contact film. Bon appétit!

Magnificent recipe, the fennel in my house never fail.
Thanks
A big kiss

And it's a really light and easy recipe, Let me know! ADA