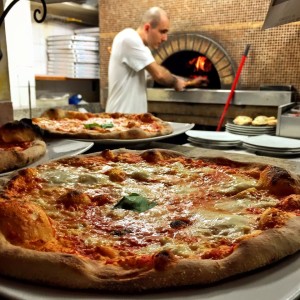 There is much talk of pizzas Sforno, the Cat mangiona, One & all, but in my opinion the best pizza in Rome is eaten in via Orvieto, Al Grottino, San Giovanni neighborhood. The secret of this Italian-style pizza, neither high nor low, it's all in yeast, in mixtures with forty-eight hours leavening, the use of selected flour (flour Di Marco) and quality ingredients. The pizza is light Grottino, crispy but not transparent, digestible, well-seasoned, perfumed and fragrant. A standard that, in years of attendance, It never dropped, unlike that of other pizzerias I tried in Rome. 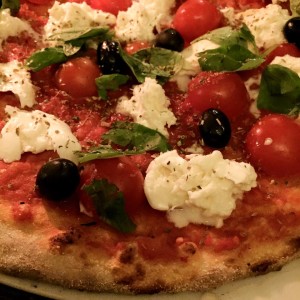 much lower prices of other better-known local, by Margherita 5,75 euro up to special pizzas around 9 euro. The menu also the ability to create a truly tailored pizza, choosing by itself all the ingredients. Among the pizzas not to be missed, in addition to buffalo (really quality) and cherry tomatoes, Julia with mozzarella, Bacon, pecorino cheese and chestnut honey and pumpkin flowers and soft cheese, delicate. Good but not praise the rice balls, sfiziose other proposals in the paper as the vegetable tempura, the crispy chicken fillets, the mozzarella in a carriage. In addition, the local (the atmosphere is rustic, It was a former fiaschetteria) It has a nice selection of craft beers, both Italian and foreign, especially Belgian. Highly recommended.