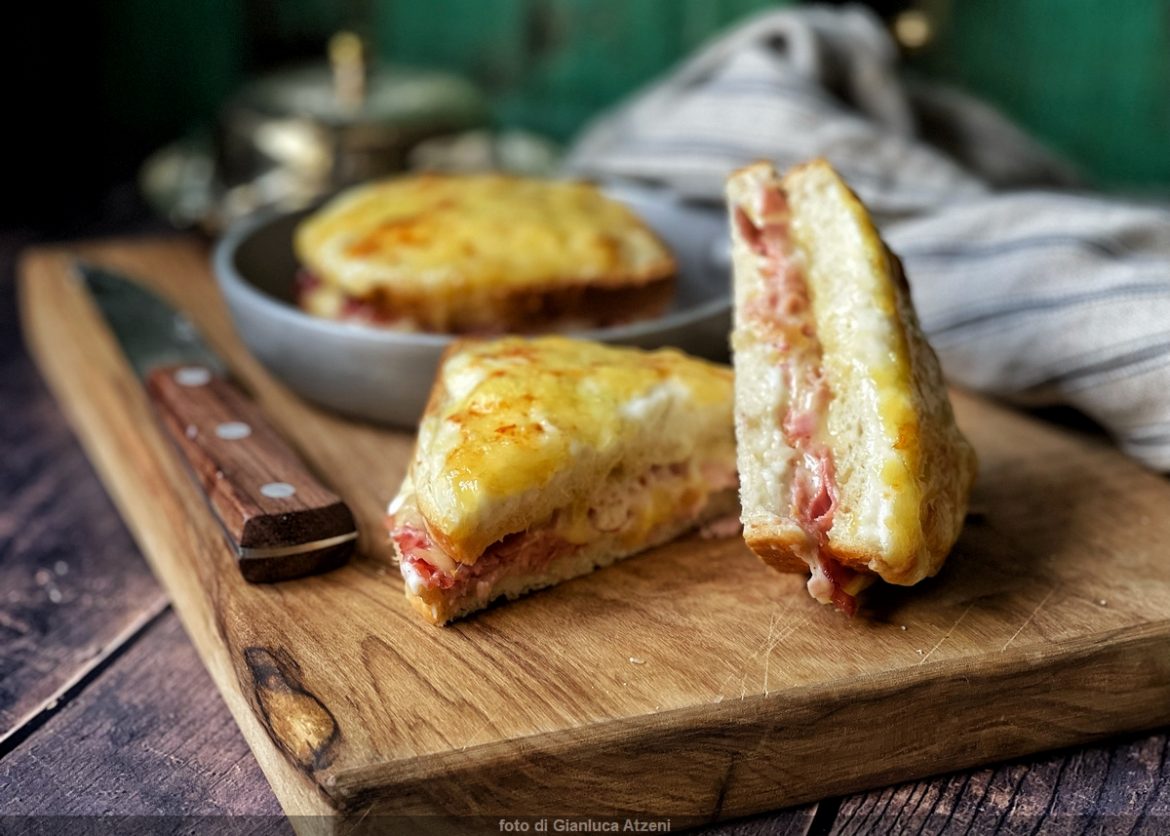 If you have been to France you have definitely tasted the Croque Monsieur in the original recipe French. It is a particularly delicious and quick to prepare toast, served in every bistro in the nation, Paris first and foremost. Is’ stuffed with béchamel sauce, cooked ham and gruyere, covered with béchamel sauce and cheese and baked in the oven until the bread becomes crispy and the cheese melted. Is’ yummy. And hyper caloric. But every now and then you can do it. As you can see in the VIDEO RECIPE it's really easy to prepare.

Of the Croque Monsier there is also the variant without béchamel sauce, reported in several French cookbooks. But so it becomes almost identical to another classic dish of bistro cuisine French: the Croque Madame, that I will show you in a few days. I like the Croque Monsieur in its original recipe, richer, with the nutmeg scent of the béchamel sauce that makes it creamy. There are some recipes that also use mustard, spread in small quantities on bread. Actually, mustard goes well with cooked ham, but it does not convince me much in combination with the béchamel sauce. The choice is yours.

Obviously it is far preferable to use a homemade béchamel sauce, but to know that there are ready-made ones on the market. I confess that I have never tasted them, because I love the béchamel sauce and I really like to prepare it and feel that sweet taste of milk and butter. For example in the cutlets with béchamels here fennel gratin.

As for bread, You can use anything you like: sandwich bread, Baguette, homemade bread. even a little’ stale. Try it and let me know. Have a good day. 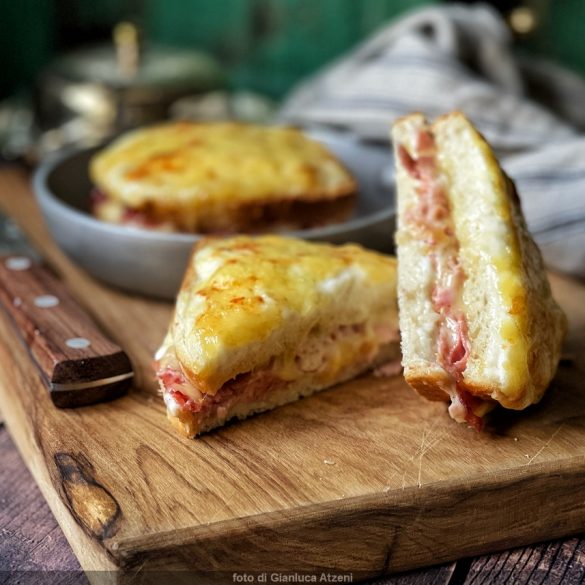 salt and nutmeg, to taste 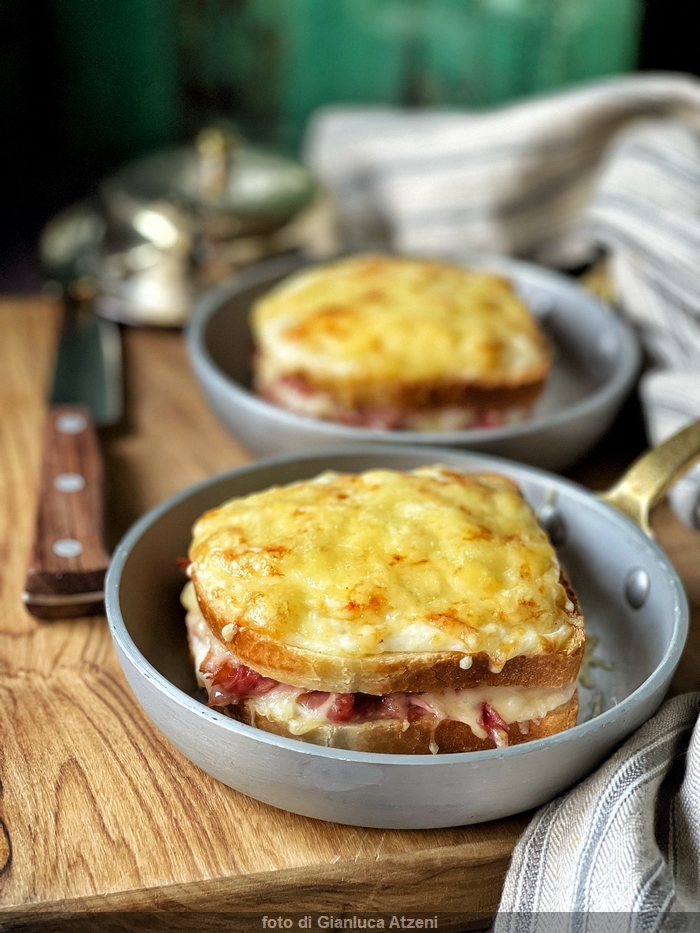 Before preparing the Croque Monsier you have to make the béchamel sauce, which I suggest you do in advance so that it is cold when you use it. You can also do it a day in advance. Look at VIDEO RECIPE to see how your Croque Monsieur will look at the end.

For the bechamel: heat the milk without bringing it to a boil. Melt the butter in another bowl, remove from heat and add the flour to the butter, stirring until a homogeneous mixture without lumps is obtained (Red). Cook for a few minutes the roux on very low heat, stirring constantly. Add the hot milk a little at a time stirring with a whisk until the liquid is completely absorbed before adding more.

Continue stirring continuously until the béchamel sauce thickens, to prevent it from sticking to the bottom. Season with salt and add a little nutmeg. Cover with plastic wrap and allow to cool. Refrigerate.

For the Croque Monsieur: coarsely grate the gruyere. Lightly grease all slices of bread. You can also add a bit of mustard if you like. Cover 4 slices with the béchamel sauce, then add the cooked ham and part of the grated gruyere. Cover the toast with the second slice of bread, spread over again béchamel sauce and grated gruyere.

Put the Croque Monsieur in a baking sheet covered with parchment paper and bake in a preheated oven at 180 degrees for 12-15 minutes or until the cheese has melted and a crispy crust has formed on the toast. Serve immediately. Bon appétit!