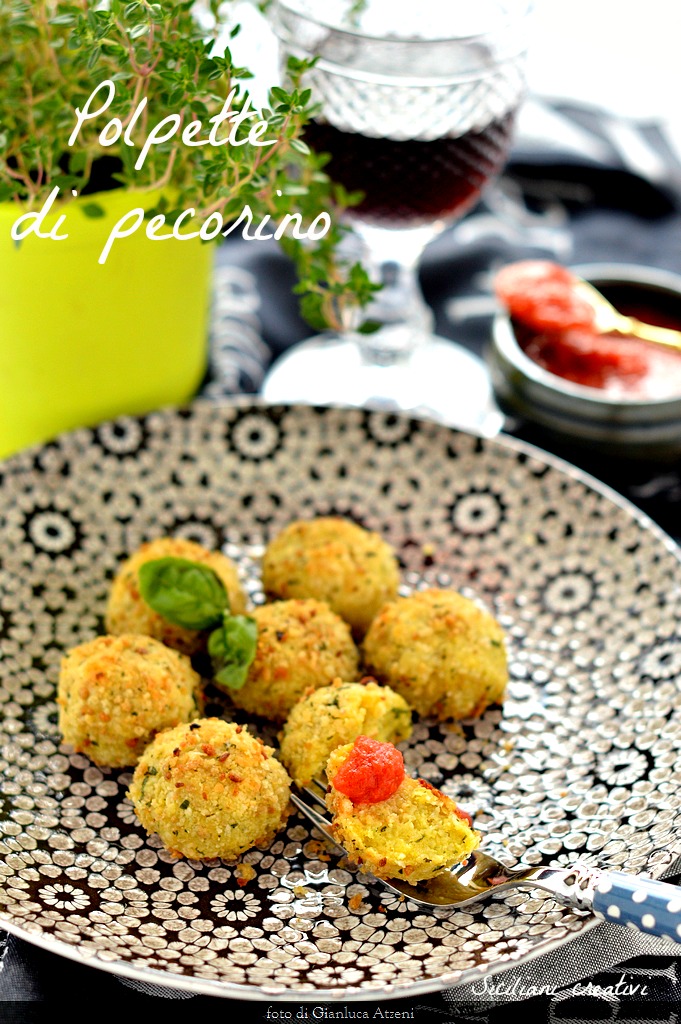 Sicilian Style Meatballs, good read because it baked. Culinary ingenuity of Sicilian peasants always amazes me. Today I'll explain how to make a dish with practically anything: some’ old bread, grated cheese, an egg, a handful of herbs. The Sicilian pecorino meatballs is really prepared with very few ingredients: they're just made of pecorino cheese and little else. I'm obviously very, very tasty and one leads to another. In the version I present to you are baked, But if you want to break the inertia and fry the meatballs there and I would be grateful.

Obviously, I suggest you use a DOP pecorino cheese or a Sicilian canestrato, or better yet a combination of both, for a more balanced and unbalanced taste. I do not recommend pecorino romano because the meatballs would be too savory.

I have to admit, though, that baking doesn't penalize: the result is maybe a little’ less fluffy than fries, but they will still crispy outside and soft enough inside. The spicy tomato sauce in which to dip the meatballs is a perfect match: serve hot pecorino meatballs, freshly baked and dive into the tomato before eating them.

And you will see that – once more – the simplicity is charged. Serve the meatballs to the Sicilian pecorino as delicious finger food for a drink with friends, a buffet or appetizer. Or as a second plate with a FENNEL SALAD AND ORANGES, always strictly made in Sicily, that with its freshness sgrasserà mouth from fat cheese. Of course, the shoe in the spicy tomato sauce is a must. Remember to have a look at all my RECIPES OF MEATBALLS and my SICILIAN RECIPES sweet and savory. Good day from Sicily, because I'm finally at home for a few days! 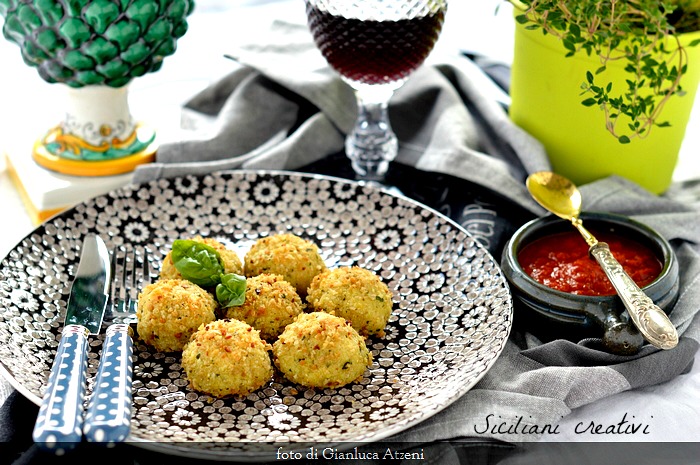 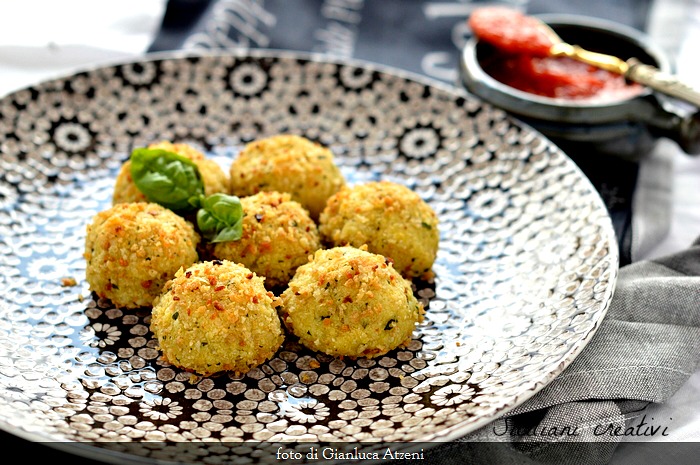 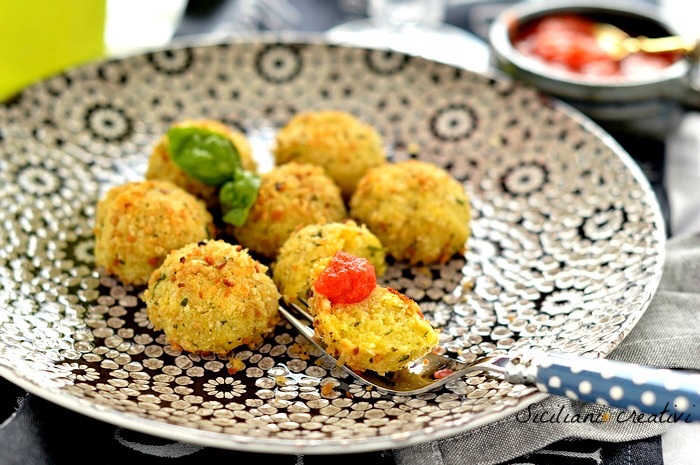 150 grams of stale bread (only Malan)

milk to moisten the bread, to taste

thyme and/or fresh basil, to taste

bread crumbs for Breading the patties, to taste

Before starting to prepare the Style Meatballs, Preheat oven to 200 degrees static.

Wash the herbs and garlic and finely chop them. Put a little milk and bread in a bowl, and let it soak until softened, then wring it out and put it in a large bowl. Add the grated pecorino cheese, the eggs, garlic, salt and pepper (sample because the cheese itself is very tasty) and work with the fingertips until dough is smooth. You don't have to work it too hard otherwise the meatballs will be.

With hands slightly wet, form balls the size you prefer: I'm as big as a ping-pong ball. Line a baking sheet with parchment paper, then brush with extra virgin olive oil. Pass the Meatballs in a thin layer of breadcrumbs and arrange them on the baking sheet. Drizzle with a little extra virgin olive oil and bake for 30 minutes (turning them over halfway through cooking) or until the meatballs are not uniformly golden brown. In the last 5 minutes of cooking passed to the function the convection oven.

If you prefer, You can follow the procedure that I have outlined and eventually fry the pecorino cheese in peanut oil instead of cooking them in the oven.

For the sauce, put the oil in a pan, garlic and chilli. Brown over low heat until the garlic is browned, then add the tomato sauce. Season with salt and cook until the sauce won't be well reduced.

MATCHING: Sicilian recipe, South Tyrolean wine. In particular, that cultivated on the shores of Lake Caldaro from Kellerei Kaltern. The wine is red, It is called "Pfarrhof" and is made from a blend of grape varieties (Slave to the 95% and 5% Lagrein for). Its freshness of taste makes it can be easily matched with simple dishes like this. Its scents range from raspberry cherry. The flavor is delicate and balanced, Thanks to a plot of tannins which makes the tasting. Serve chilled, around 12-15° c.

Hi :)
I love her recipes……delicious!!
a question …can I use pecorino romano?
where I live in England I can't find pecorino siciliano.
Thanks :)

Hello Alexander, of course give me you! Thank you for your lovely words! Of course you can use pecorino romano but remember it is very salty and then taste before adjusting the salt and keep the bread a little’ more humid and wet with milk so meatballs will not be too dry. Let me know. ADA

Hi Ada :)
Thanks for your response, Sara’ my pleasure to let you know how it is.
thanks and see you soon :)
Alexander

Thanks Alessandro. And remember that the meatballs are also a matter of ' eye ': the dough should be soft, not hard. So in addition to use the ' touch ' doses. Let me know. ADA