Cream of dried beans and beets 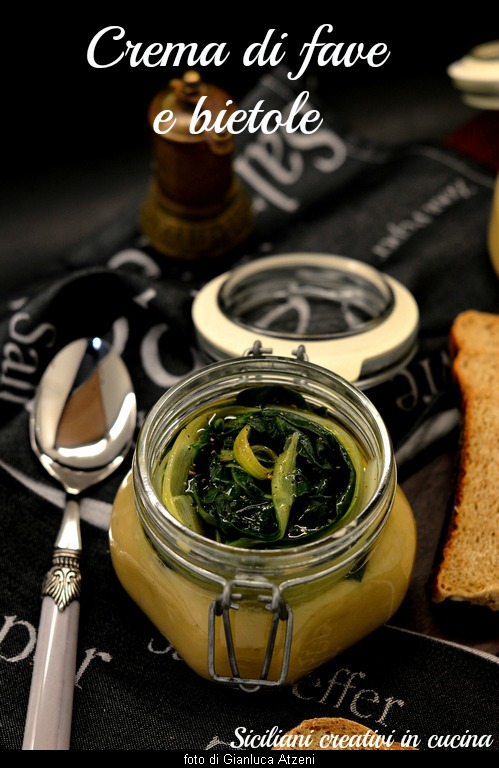 Cream of dried beans with chard. I love dried beans, I'm a very ingredient in Sicilian cuisine and, ever since I was little, the BROAD BEANS has always been one of my favorite dishes. The dried beans are spread throughout the South Italy and one of the most traditional recipes of Puglia is precisely that of beans and chicory. In Puglia they eat the beans reduced to a thick puree accompanied by herbs or chicory. In Sicily, instead, prepare the same recipe but with the beets, that are less love of herbs and chicory, and that I personally prefer as taste because they make the dish more soft and delicate. It is a vegetarian and vegan recipe that you can find, along with many other, in section VEGAN RECIPES.

The puree is thick and dense, cooked just with a little celery and onion and seasoned with extra virgin olive oil (new oil even better) and freshly ground black pepper. The beets are simply Blanch. Is’ a dish easy to prepare. I served this cream of dried beans and beets in glass jars, a nice way to present a simple, traditional recipe, but when I eat at home cut the beets into small pieces and, instead of Blanch, the bake directly in the cream of Fava beans for five minutes. Is’ good food, healthy, cheap and decidedly ' comfortable '. I used to eat even from small, because the Fava Beans cream is sweet and creamy: I wonder if he'd even your children. And take a look also to all my RECIPES WITH BEANS, Fresh and dried. Have a good day! 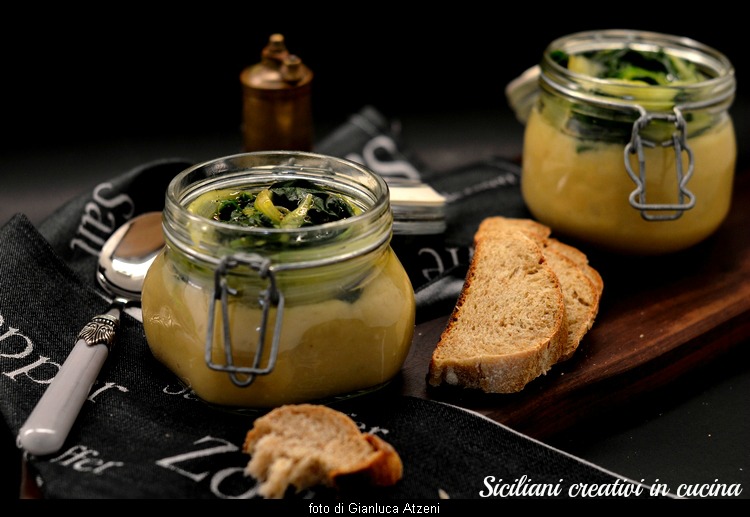 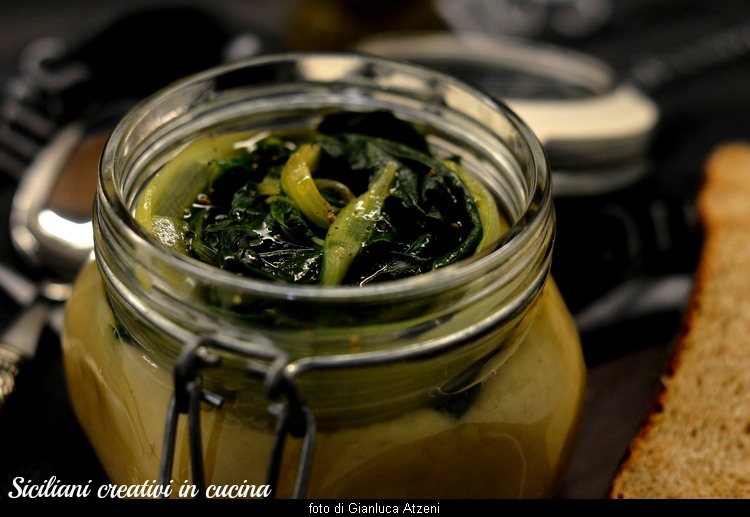 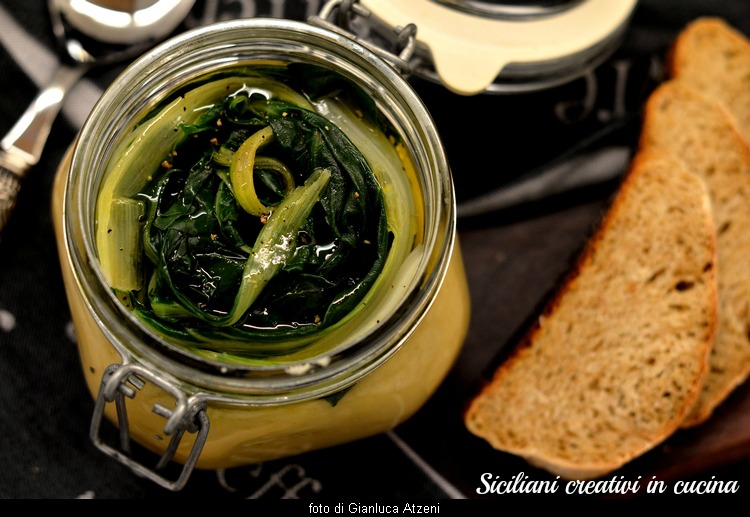 Rinse dry beans thoroughly and repeatedly under running water. Clean the celery eliminating the filaments and cut into small pieces. Chopping onions. Put in a large saucepan dried beans, chopped onion, celery and two tablespoons of extra virgin olive oil. Cover with plenty of water (the beans absorb a lot of it and you will probably have to add a little bit gradually). Unsalted, because otherwise the beans harden in baking.

Bring to a boil, lower the heat, cover and cook until the beans will not begin to unravel in a cream. Stir often while cooking, because i legumes tend to stick to the bottom of the pot, and add sometimes lukewarm water if the beans aren't cooked yet seem.

When the puree will be ready and density that would, season with salt and drizzle with extra virgin olive oil and freshly ground black pepper.

Clean Swiss chard, wash and boil them in salted water for 5 minutes, then drain them carefully.

Serve the puree of beans completing the dish with boiled chard and season with a drizzle of extra virgin olive oil and a little' black pepper. Bon appétit!

Timbale of anchovies, tomato and provolone

Dear Ada, Surely you will receive many compliments for your recipes and you're accustomed. My though “worth more” and not because I'm conceited (or maybe you? MAh…), But why, While not a lover of cuisine, I found myself often to apply your simple recipes, If prepared just for me being widowed for the past couple of years, and replacing them to classical and dismissive slice of ham or small pieces of dough…
The latter of dried beans attracts me a lot; I love the beans and I will do as soon as possible. Then I'll tell you definitely GOOD again.
Hello!
Alberta (84 year-old)

Hello Alberta, first of all welcome. You don't know how much pleasure I face your message. In the meantime why not many people tell me good’ or to come on site and tell me to have made my own recipe, and for me it is important to know that things they propose succeed well, that is pleasing. And then why to think I've helped change a piece of someone's life, even simply to replace the piece of dough with a soup, motivates me to keep. The cream dried broad beans, in particular, is one of the recipes I grew up with in Sicily and for me is of particular significance, both this version with Swiss chard, both ' macco di fave’ found on the blog. I'll be glad if you'll like it. I embrace you, ADA

It must be a delight! Then, If I understand correctly, the beans do not soak (like chickpeas or lentils, to say) and the puree do you alone, without blend…but do not remain the “skins”?

Hi dear! Then, the dried beans we use in Sicily (but I find them also in Rome and then you should have no problems) are always peeled:. I know that you often used unpeeled beans in Sardinia, and there is a mess because you have to soften and remove the Peel. However you should find at any supermarket those peeled:: no hassle and the puree do you alone!!! Will you let me know? I embrace you
ADA