For a simple and delicious breakfast 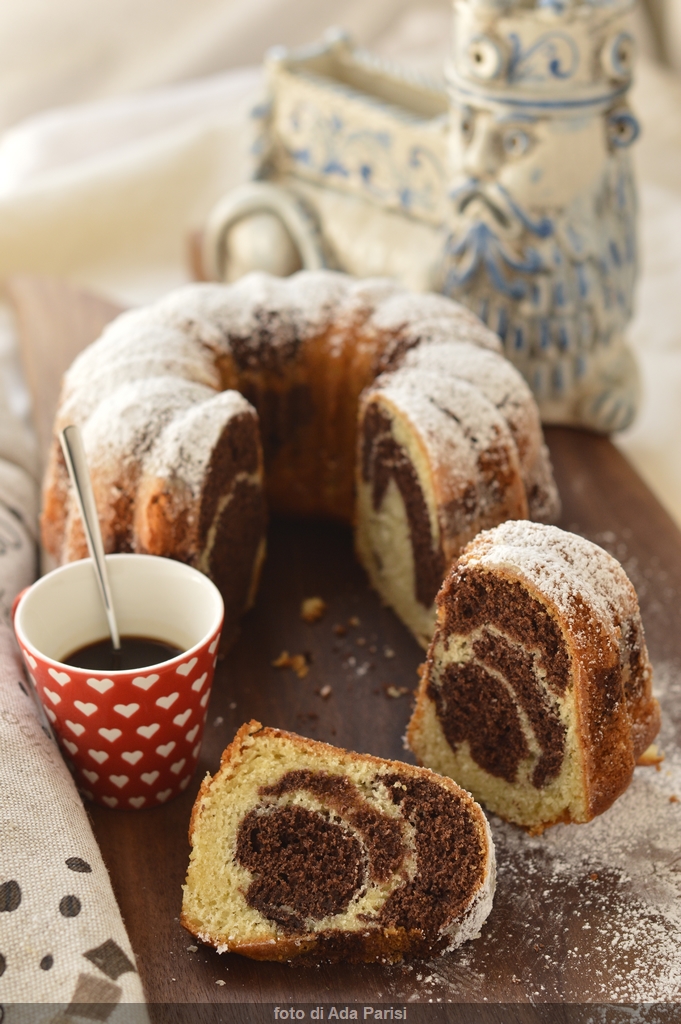 A great classic of the Italian breakfast: the two-tone cream and cocoa donut. The peculiarity of this breakfast cake lies in being swithout butter and without oil: inside there is whipped cream. It will seem strange to you, but fresh liquid cream has fewer calories than both butter and oil. Since whipped cream contains a lot of air, makes the cake extremely soft and fragrant. The donut with cream in the dough keeps soft for a long time when stored in frost bags and in a cool, dry place.

The process for preparing the cream and cocoa two-colored bagel is very simple, you just have to divide the basic dough into two bowls, to add vanilla to one. But also the lemon or orange peel, which goes well with chocolate. To the other part of the dough you have to add the chocolate. I like to perfume the chocolate part with a little’ of liquor, which also serves to make the dough less dense, but you can also use a few spoonfuls of milk. Like all SWEETS FROM BREAKFAST, the ciambellone is perfect for being soaked in milk or for a snack and is a dessert so simple to prepare that you can do it together with your children.

If you love donut recipes, soft and simple, have a look at all my CIAMBELLONI RECIPES, prepared with both oil and butter. If you prefer sweets without these two types of fat, try the wonderful RICOTTA DONUT with ricotta in the dough. And follow all mine DOLC RECIPE VIDEOSThe on YouTube. Run to prepare it for Sunday breakfast. Have a good day! 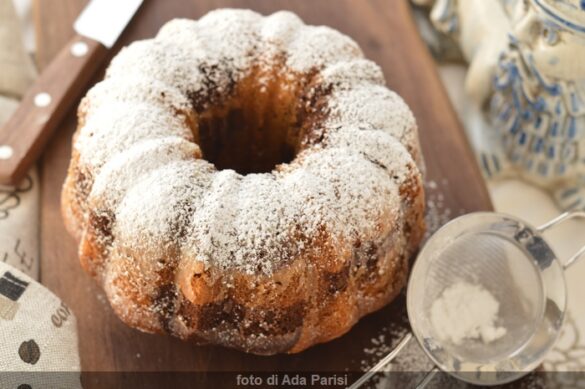 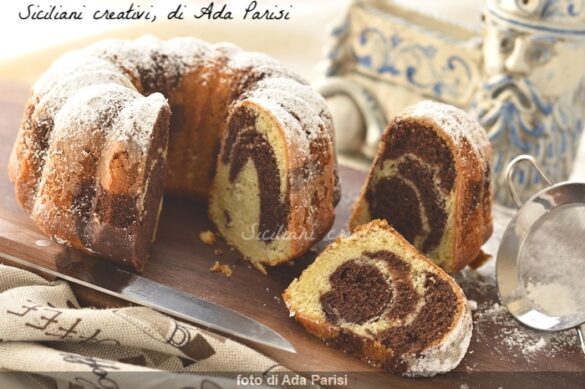 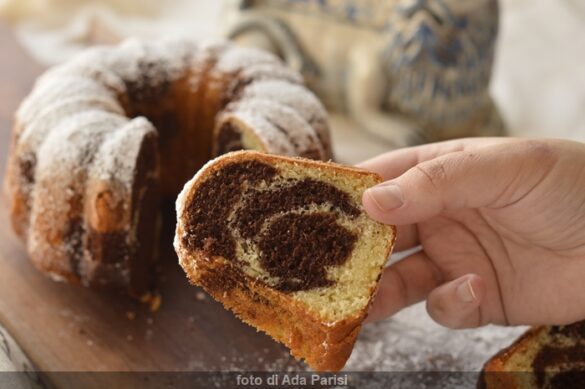 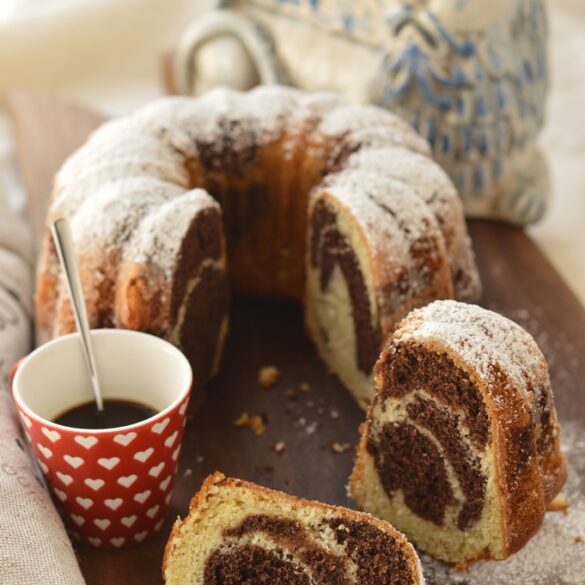 20 milliliters of milk or liqueur to taste

16 grams of baking powder (a sachet)

vanilla powder or extract, to taste

flour and butter for the mould, to taste 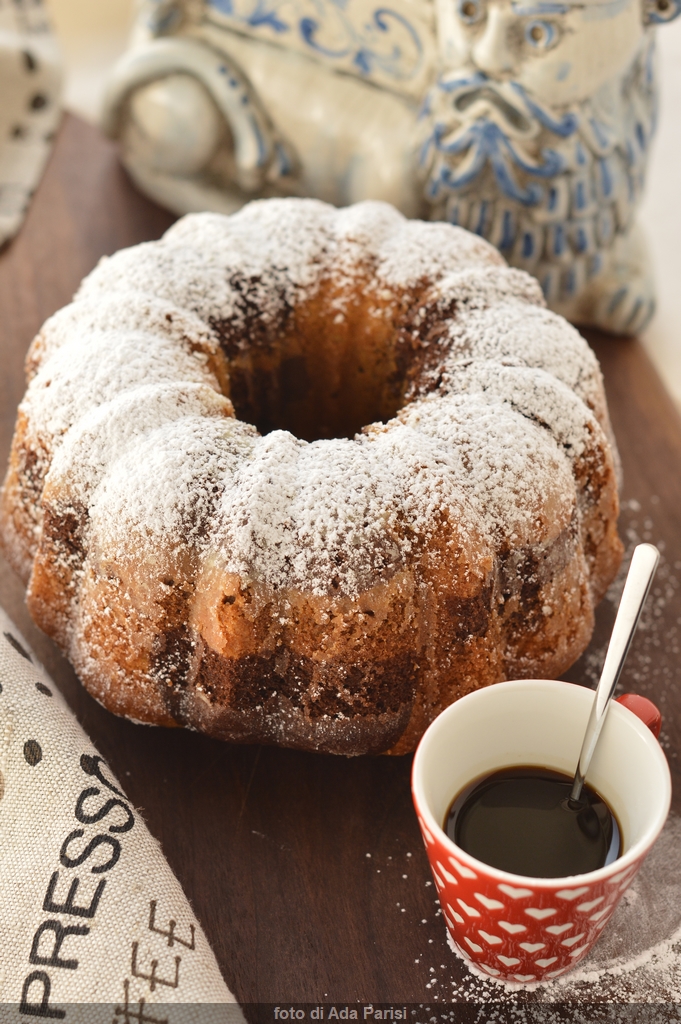 Preheat the oven to 180 degrees static, butter and flour one mold for donuts or, Alternatively, One plumcake mold. Put the eggs in a bowl, sugar and salt and whisk with electric whips until obtaining a swollen and frothy compound. Add the sifted flour with baking powder, always blending, until obtaining a dense and homogeneous mixture, No clumps.

Divide the dough thus obtained into two bowls: weighs the dough on a digital kitchen scale to make sure we divided it into equal parts. Add the cocoa and milk or liqueur in one of the two mixing bowls and mix until the ingredients are perfectly mixed. Milk or liquor will serve you because the addition of cocoa will make the mixture much denser and you will need to lighten it. Add vanilla powder or extract to the other bowl.

Whip cream, but not with firm snow: it must be creamy and sustained but not too whipped. Also weigh the cream in two equal parts and add half of it to each dough. Incorporate the cream with one spatula and making a top-down movement, so as not to disassemble the compound, which must be dense and consistent.

Grease and flour the mold and pour the mixture. If you want to get a nice decorative effect on the cut, you must alternate in the mold a spoonful of vanilla mixture and one of cocoa mixture, so that in cooking, inflating the two flavors, they mix. Bake and bake the cream and cocoa bicolor donut for 45 minutes or until it is swollen and firm. As always, worth the toothpick test: tucked in the middle of the cake, will have to get dry. Turn out the cake and let it cool on a wire rack. Sprinkle the bagel with the icing sugar before serving. Bon appétit!