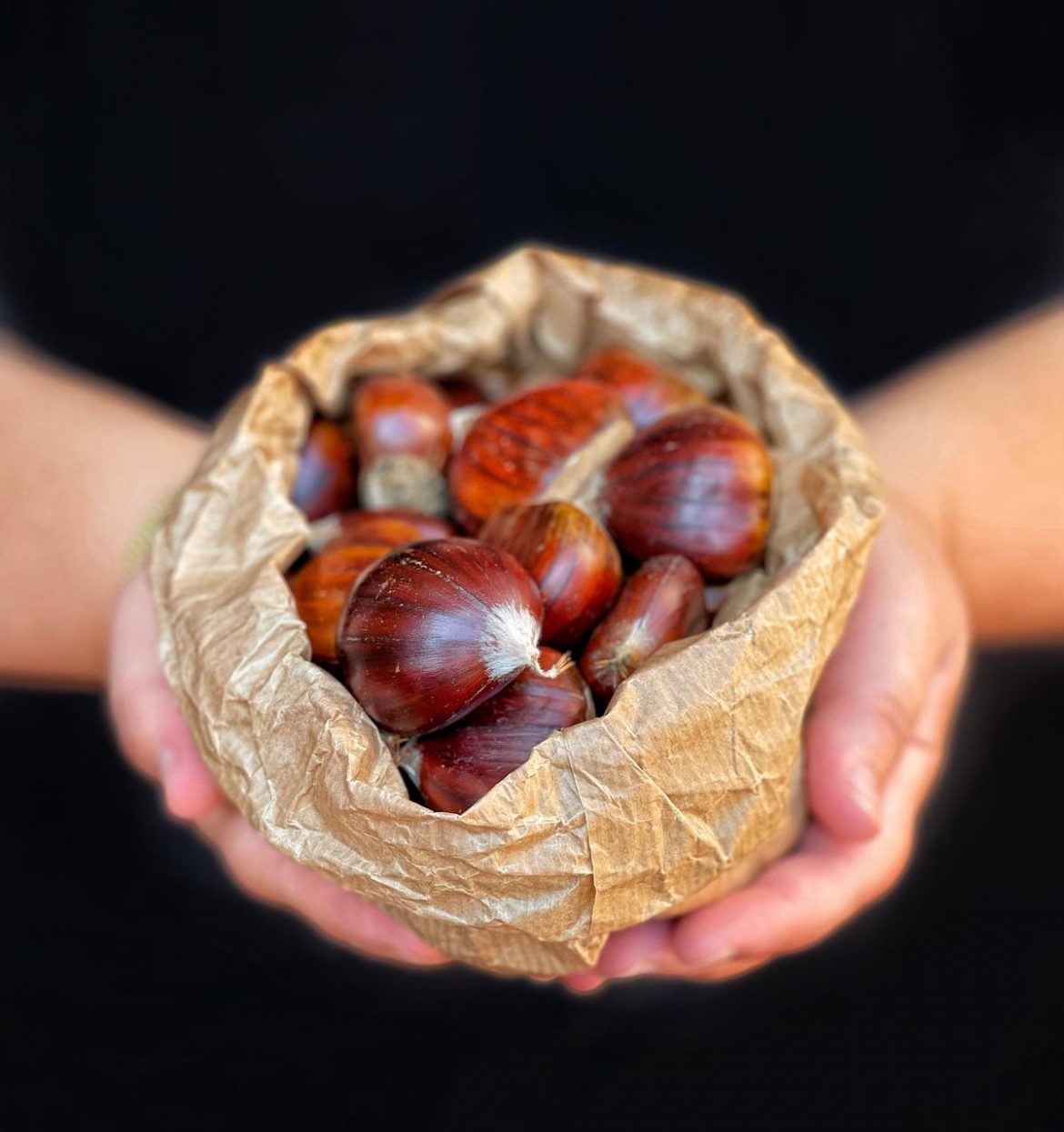 Today we talk about chestnuts and chestnuts, two autumn fruits rich in calories and carbohydrates. Excellent in the kitchen, versatile, perfect in both sweet and savoury preparations, for years these fruits have been the food of the poor, but now they've been rediscovered at the #8217;inside a modern, gourmet kitchen. Among other things, chestnuts and browns are completely GLUTEN FREE And the flour obtained from these fruits is fundamental for the nutrition of celiacs, especially for the preparation of fluffy and good cakes, as the CHESTNUTS AND CHOCOLATA CASTAGNACCIO , but gluten-free.

First of all, we must say that chestnuts and browns are not the same thing, even though they're genetically similar: the chestnut and the fruit of the wild tree chestnut (scientific name Castanea sativa, also called ‘bread tree’ because for decades the chestnut fed populations of hills and mountains across Europe). While the Brown and the fruit of the cultivated tree, that is made more productive and of standardized quality by the hand of the man. The difference, though, it's not just in the’tree from which the two fruits come. There are also visual and taste differences. In addition to price. 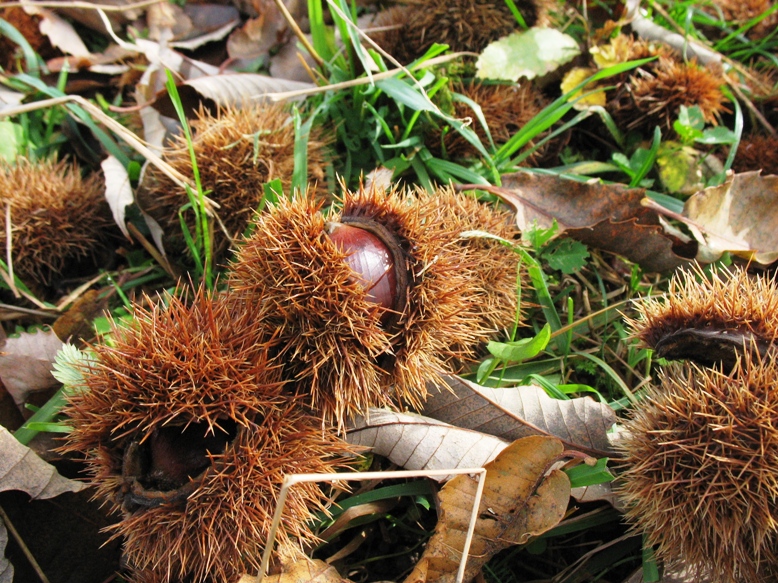 The brown of San Zeno Dop

Visually, the chestnuts I'm from more irregular sizes and shapes, are smaller and have an irregular surface. The color of the outer skin is darker and the skin is thicker. The inner skin often penetrates deeply into the pulp, making cleaning more complex. Chestnuts are also less flavorful and are often used to produce creams, thickeners and farts, excellent for preparing traditional recipes like cASTAGNACCIO. 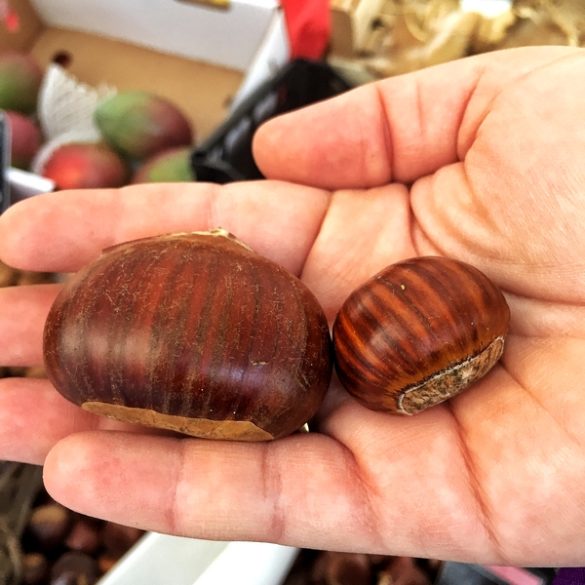 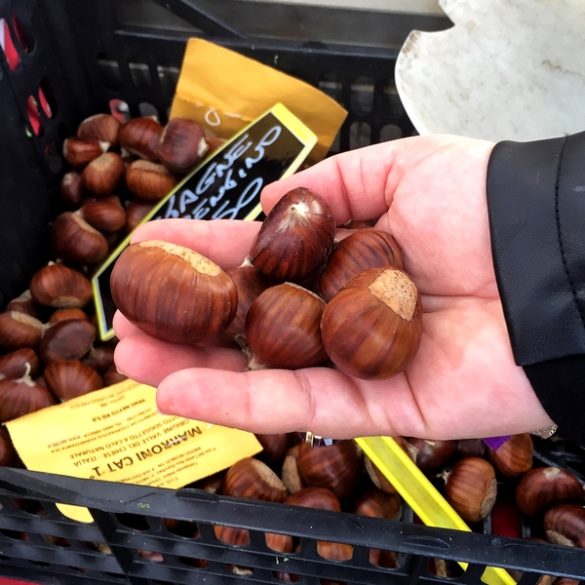 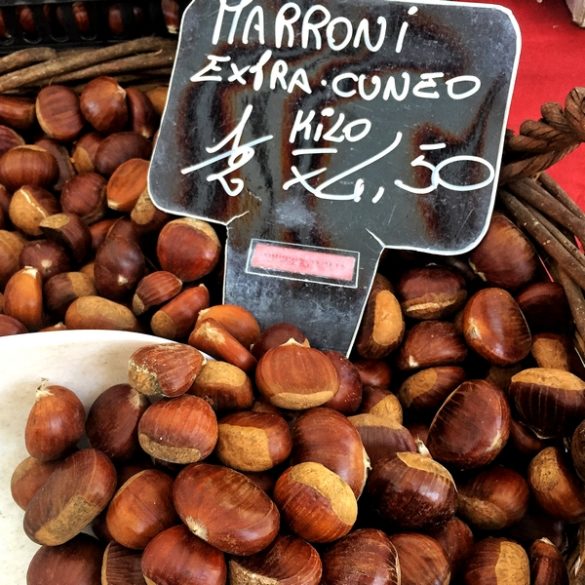 The Brown, instead, are larger and regularly shaped, have a lighter outer skin, thin and shiny and the slightly hairy inner skin is easier to remove. In addition, browns contain more sugar, and are therefore tastier and tastier. They are the fruit used in bakery, to prepare the wonderful brown glacè. The cost? Of course, browns cost a lot more than chestnuts. 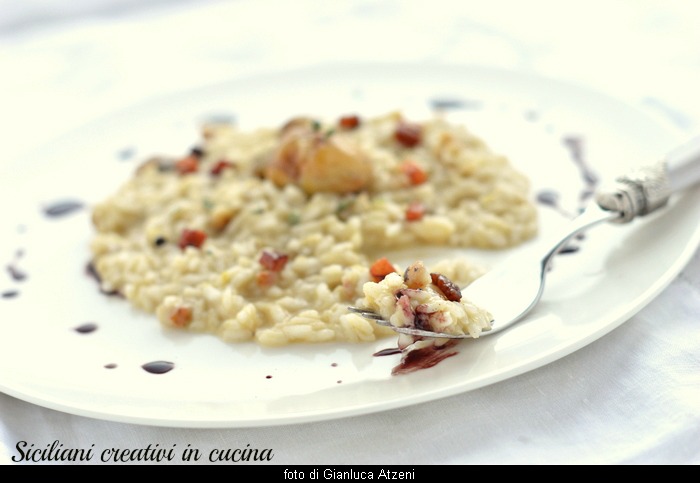 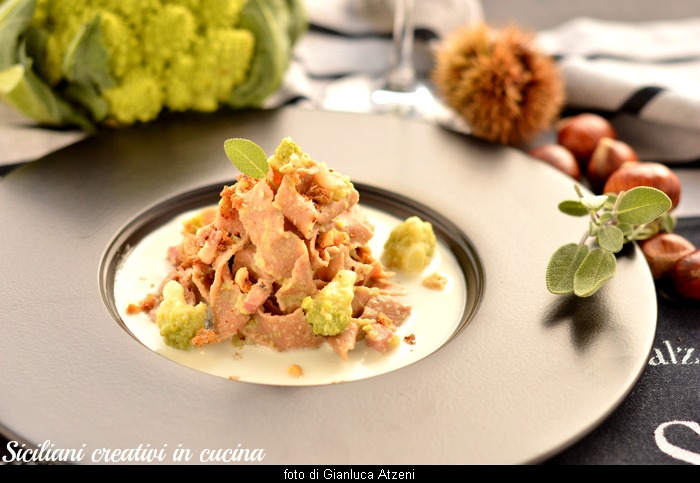 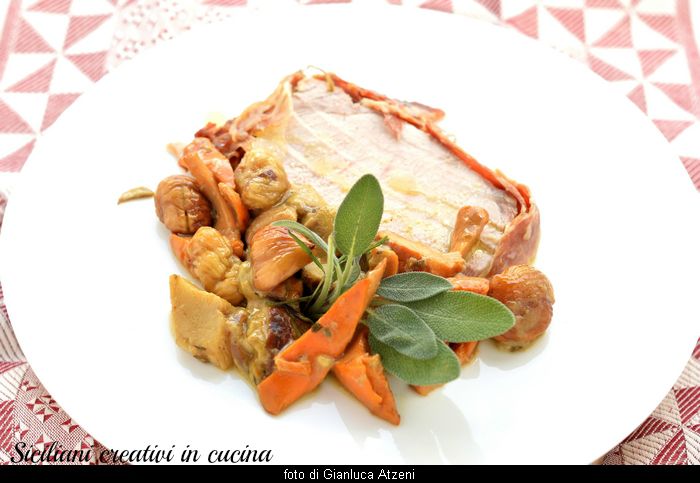 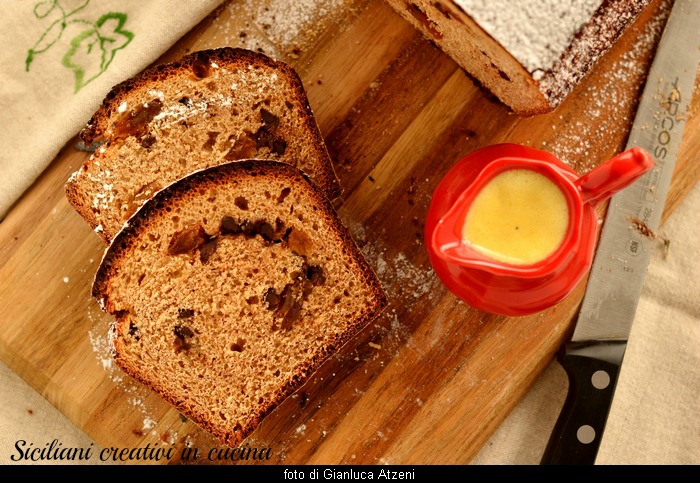 Chestnuts in the kitchen

In the kitchen chestnuts and chestnuts are versatile and elegant ingredients. Both fruits are ideal, both fresh and dried or ground into flour, a sweet or savory preparations. Indeed, Italian regional cuisines are rich recipe made with chestnuts. From the Mont Blanc, a cake made of chestnut puree and whipped cream, to get to Neccio of Lucca and Pistoia, a pancake stuffed with chestnut flour with curd. Among the most famous recipes made with chestnut flour is definitely one of the cASTAGNACCIO, traditionally topped with raisins, pine nuts and rosemary. Chestnut flour, gluten-free, You can also be used to prepare soft and delicious cakes, sweet and slightly smoky aftertaste like CHESTNUTS AND CHOCOLATA CASTAGNACCIO , perfect for breakfast celiac or gluten intolerant.

If you prefer the salty, missed the combination of meat, mushrooms and chestnuts in main dishes, as the PORK TENDERLOIN WITH BEER AND CHESTNUT or the sumptuous ROAST PORK WITH MUSHROOMS AND CHESTNUT. 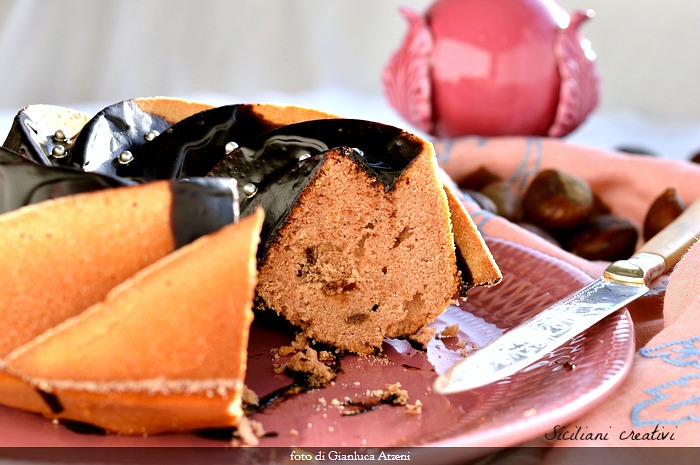 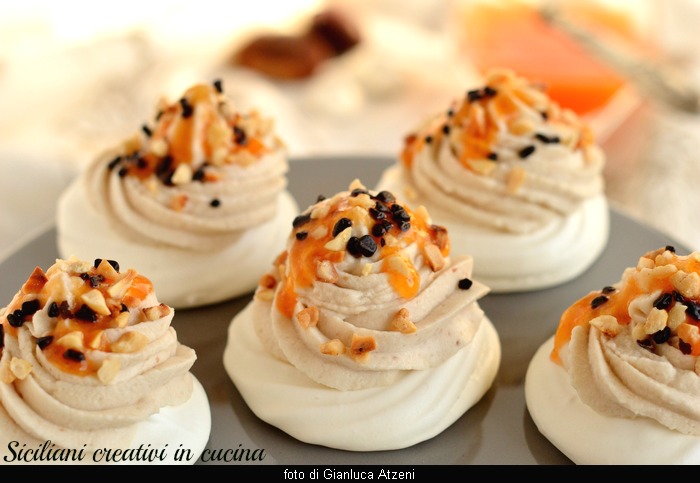 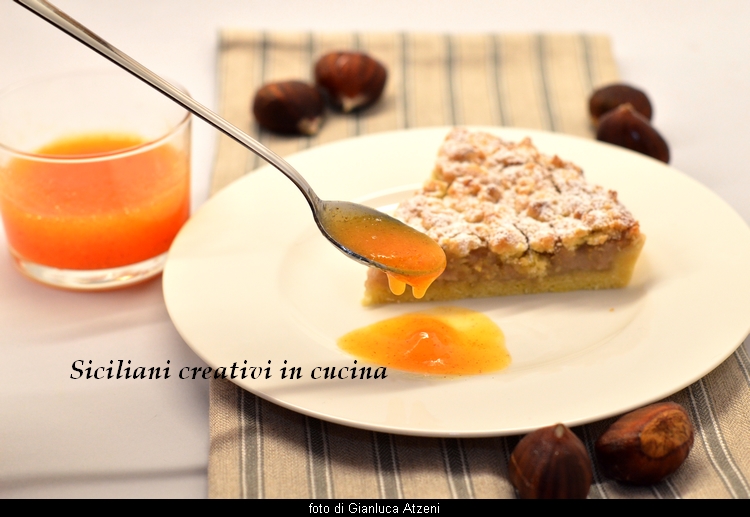 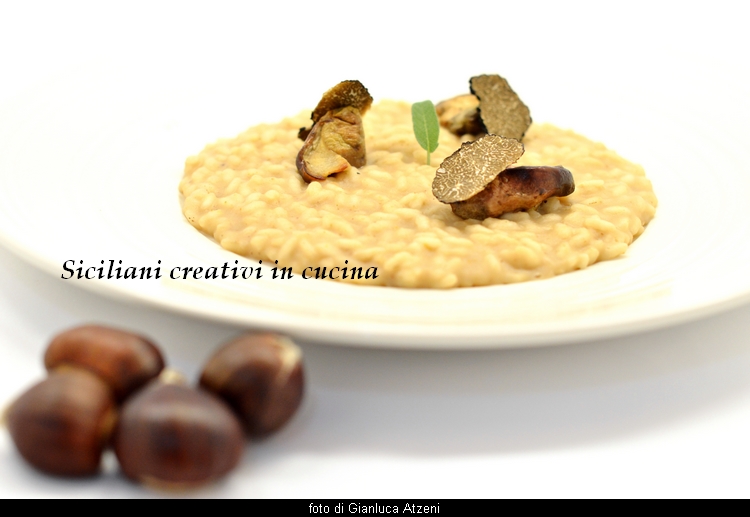 For those who love instead the first courses and soups, chestnuts were the focus of gourmet risotto as the RISOTTO WITH LEEK AND CHESTNUT with red wine reduction, or the elegant RISOTTO WITH MUSHROOMS, CHESTNUT AND BLACK TRUFFLE (perfect for parties) the PAPPARDELLE CHESTNUT with homemade ROMAN BROCCOLI and FONDUE CHEESE, hearty SOUP AND CHESTNUT VERZE with EGG IN SHIRT.

Let's not forget that with chestnut flour you can also create sweet breakfast breads, nutritious and tasty but with less sugar than traditional ones (exploiting the sugar content of the chestnut) as the BREAD OF CHESTNUT IN DARK CHOCOLATE. Between sweets, try the wonderful TART WITH CHESTNUT CREAM SAUCE AND PERSIMMON, prepared by exploiting the jam chestnuts ready, the CREAM OF CHESTNUT FRESH PERSIMMON with and DARK CHOCOLATE, And the Pavlova TO CHESTNUT, NOCCIOLE and PERSIMMON, easy to prepare and amazing.

In Italy, there are, between chestnuts and browns, 13 products DOP (Protected designation of origin) or Igp (Protected geographic indication). In addition, They are protected by the DOP also Chestnuts Lunigiana Dop and flour Neccio Garfagnana (source Qualivita).

Unfortunately, in recent years a dangerous parasite, the chestnut cynipid, He has decimated harvests chestnuts, putting at risk the very survival of the species. The bug has been eradicated thanks to its natural antagonist, Torymus sinensis and in 2018 the collection of chestnuts and brown Italian touched the 30 million pounds, 80% higher than five years ago, when the gall imperversavi across Europe. A huge economic loss to Italy which is the third largest producer of chestnuts in the world after China and Turkey. 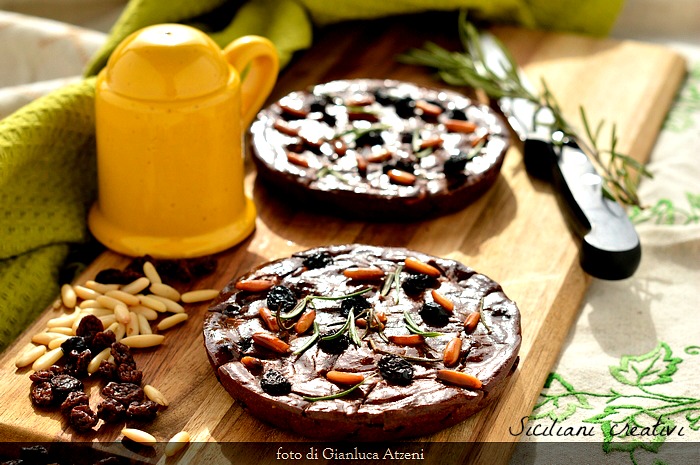 Between chestnuts there are 3 fruits IGP and DOP: 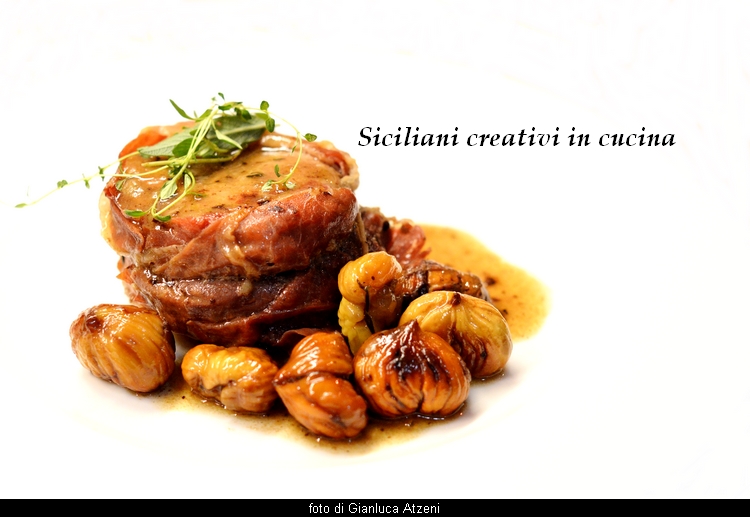 The calories chestnuts: make you fat?

The chestnut harvest takes place, according to the area, between early September and November. Whether both brown chestnuts are a rich carbohydrate fruit. In ancient times it was used as a substitute for cereals and breads) and then sugar, both simple and complex. They have a very high calorie, that depends on their conservation: chestnuts or fresh brown, In fact, They have fewer calories, about 190 per 100 grams. But if you eat dried chestnuts, you have to be careful, because calories rise to 350 per 100 grams (because they are dehydrated and, having lost water, weigh more and sugars are more concentrated).

The roasted chestnuts, instead, they have about 250 calories per 100 grams, while the boiled chestnuts have about 130 calories per 100 grams and, swelling with water, become more satiating. From these numbers, it is obvious that the chestnuts should be consumed as an alternative to other cereals (bread, pasta, rice). Whether both brown chestnuts, In fact, They lend a lot to replace grains in soups and stews, as well as becoming part of tasty risotto or as protagonists of gourmet pasta dishes.

The benefits of chestnuts

In addition to carbohydrates, and therefore to sugar, chestnuts, however, are very rich in fiber and nutrients Important. From essential amino acids such as aspartic acid, gluammico acid, serine and arginine. Chestnuts also contain vitamin C, provitamin A and several B vitamins are essential for our well-being as the B9, or folic acid, essential for pregnant women. They also contain potassium and are low in sodium. In addition to being completely gluten-free, and therefore suitable in the form of flour, cream or thickener, the feeding of celiac.

Tart with cream of chestnuts

Hallo, thank you and welcome. When you enter your email, a confirmation e-mail should arrive. You should accept. You will not receive the confirmation email?