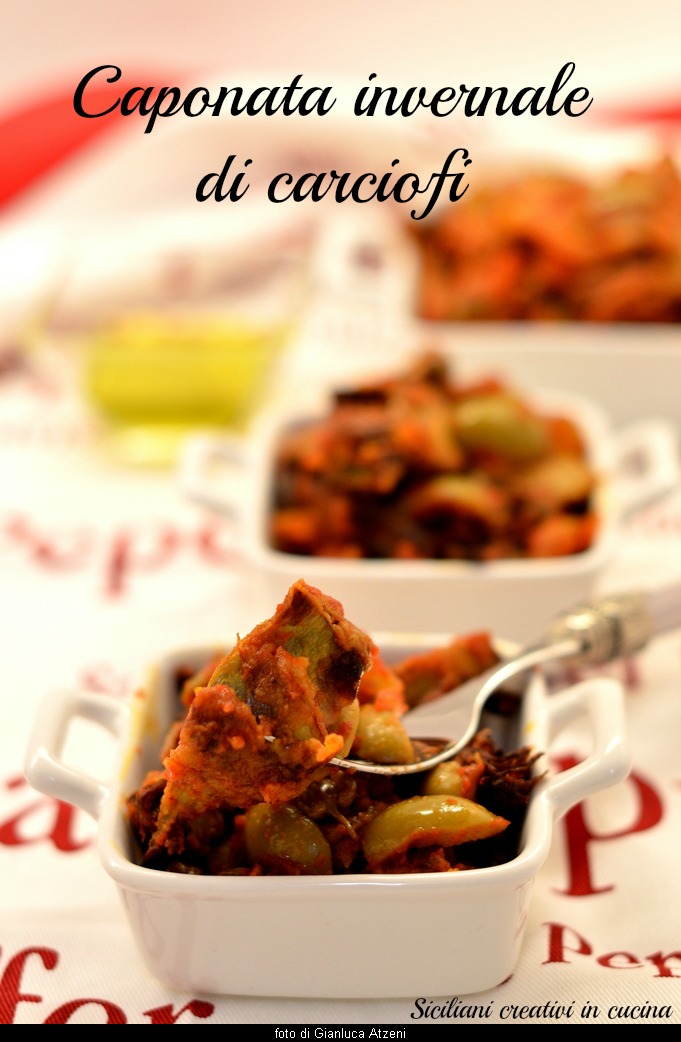 Sicilian caponata. An inseparable combination: Caponata is a fundamental Sicilian cuisine, But how can you when eggplants are not in season? If you can't give up the caponata for anything in the world, especially on the Christmas table, try the variation ' winter ', the recipe of caponata with artichokes. I can not take it really to see at Christmas on the table EGGPLANT CAPONATA, rather I make this artichoke or fanciful CAPONATA APPLES.

Pickled artichokes are another of the cornerstones of Sicilian culinary culture, and are often served as a side dish (in white, topped with breadcrumbs) or in red when you prepare with the rabbit, but in this recipe become the natural substitute of the Eggplant. And you will see that result.

Obviously the winter artichoke caponata has the taste of eggplant caponata, but the artichoke fits perfectly with this sweet and sour sauce and rich in vegetal notes. I'm sure you'll be fine. As a variation, You can add raisins and pine nuts to the recipe. I do not put them because the family tradition excludes them, but it is one of the most ' popular '. In this, you just need to have a look at all my CONI ARTICHOKES RECIPES and my SICILIAN RECIPES. Have a good day! 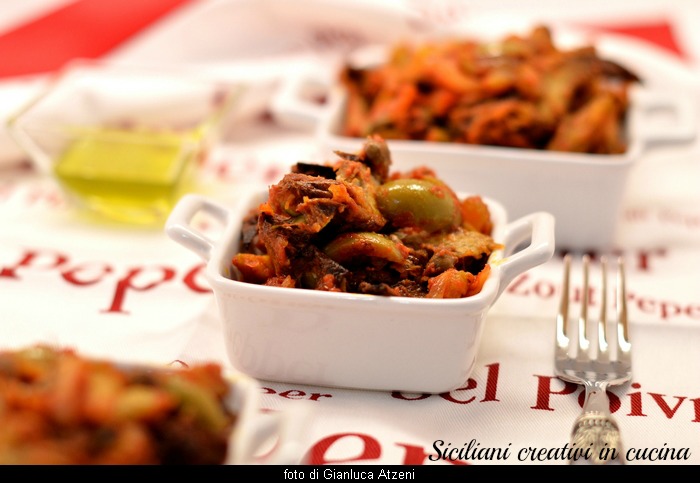 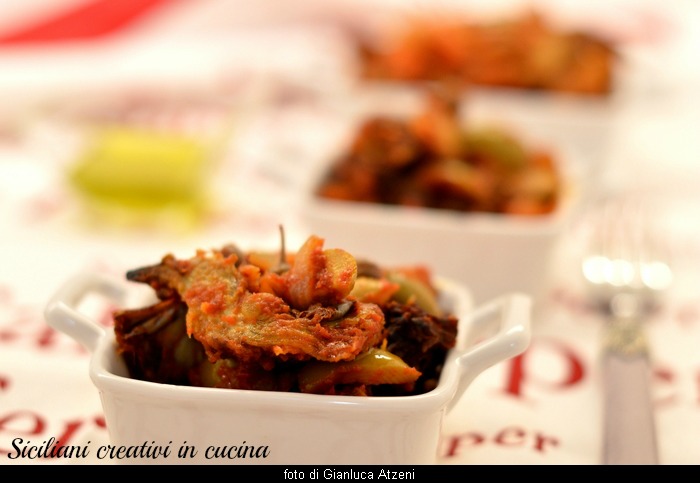 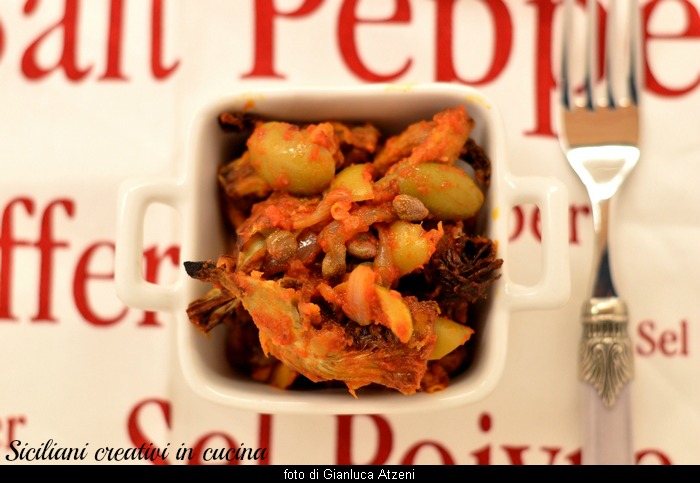 1 red onion (Tropea would be ideal)

a little flour to flour the artichokes

Winter artichoke caponata is a great alternative to eggplant caponata when eggplants aren't in season. Clean the artichokes by removing the outer leaves and tough, carefully peeling the stalk and cutting tips. Then cut each artichoke in half, remove the 'barbetta' that is inside and soak in acidulated water with lemon juice for 15 minutes. Dry the artichokes and cut them into quarters and, If they are too big, in half again. Lightly flour them and FRY in peanut oil, then put them on the absorbent paper to eliminate the excess oil.

Clean the onions and slice it thinly. Cut into pieces of about half a centimetre celery. Put celery and onion in a pan with extra virgin olive oil (I could tell a yarn, but I'd be lying) and Cook, over medium heat, until the vegetables become translucent, for about 10 minutes. Add olives and capers and then the tomato. Season with salt. Cook for 10 minutes.

In a glass mix the vinegar and sugar, so that the latter melts completely: raise the heat and pour the sweetened vinegar over the winter caponata of artichokes. Let soften the whole thing and add the fried artichokes. Put the caponata of artichokes on a plate and let cool: caponata Artichokes (as the Eggplant caponata or that apple) it serves lukewarm or even better at room temperature. Never hot. And Bon Appetit!

MATCHING: The usual difficult and very complex combination of wine artichokes, However cooked not long and accompanied by a sweet and sour sauce, can succeed discreetly if you combine a wine with a not excessive acidity and with a moderately high sugar residue, that contrasts the bitter taste of artichoke. We tried this recipe with Valdobbiadene superiore di Cartizze Docg the cellar Bisol. Its delicate aromas of Apple and peach are combined with a perlage and delicate. It is a balanced wine that with this dish is interesting and everything to experience.

I am already cleaning the carciofiiiii!!!!! But your recipes are always amazing!!! Regards Ada dear, Remember that you always expect in Bari… ;)
ALE

Thanks Ale!!! I recommend let me know! I adore, because really saves me itching to caponata 8 months a year to! I embrace you, I really hope to come soon in your beautiful region. ADA

How wonderful Ada! do this for many years, is a must for winter. What can I do , I'm in love with Sicilian dishes even though they are all Lombard-Veneto. good day dear!

Sapna Tommasi you see that you have good taste. I lived in Milan 8 years, My grandmother was from Milan. I am in love with the whole Italian…

Thank You Anna!!!! Will you let me know? ADA