Made in Italy. The Brewery Messina, a Renaissance made in Sicily 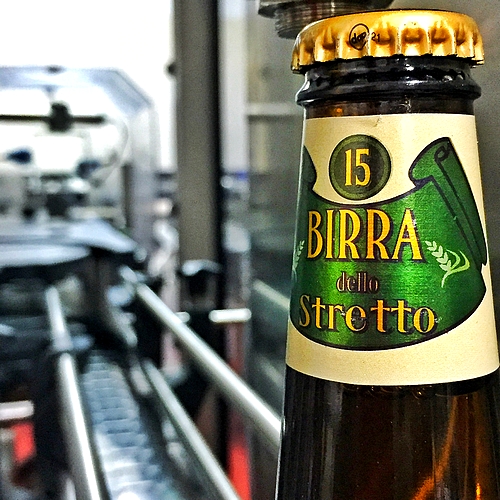 From despair to those who have lost their jobs in a land where there is too little work, at the start of a process of rebirth, all made in Sicily. The history of the “Brewery Messina” is paradigmatic for courage, stubbornness, spirit of enterprise and Sicilian pride. A story that has seen the fulfillment of a minor miracle because my city – Chi è di Messina knows how apathetic, indifferent, resigned – has shown great solidarity to these workers and desire for redemption. Telling me everything was Domenico Sorrenti, President of the co-operative Brewery Messina, born in 2013 with the aim of reviving the brewing in Messina. Domenico received us in his headquarters of Larderia, fraction of Messina, presenting one by one his fellow travellers: Fifteen workers Messina who for three generations have to do with beer, the city has always been a serious business. Meanwhile I anticipate that the updated list of distributors is available here. 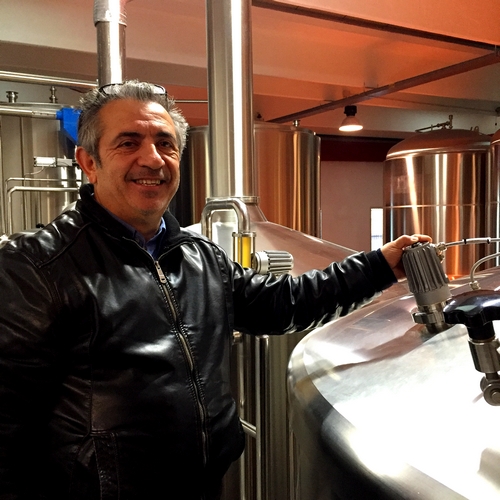 – THE PAST –
Their career began with the “Birra Messina”, a historical brand founded in 1923 by family Faranda, purchased then the Dreher since the late 1980s, and then detected in 1999, together with the entire Dreher, from the giant Heineken. Right under the management of Dutch multinational, the settlement of Beer Messina (in via La Farina) reaches its highest level, being one of the first in Italy to productivity, with 600 thousand hectolitres produced annually. In the 2000s, Heineken decided to expand and invest in Beer Messina, but misses the agreement with local authorities and decided to move the production to Massafra keeping bottling in Messina. 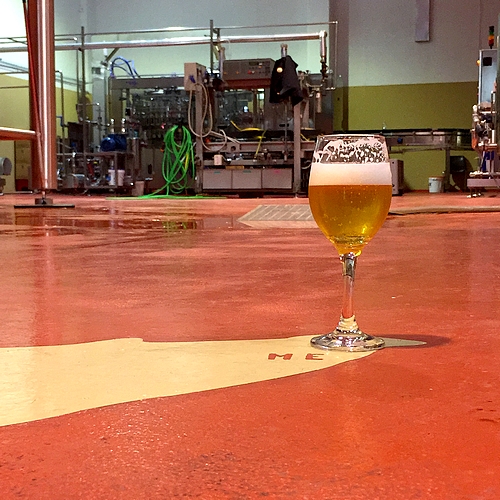 At the beginning of 2007, a new tile: due to the increase of transport costs, Heineken decided to close down the factory in Via La Farina in Messina. This opens the prospect of dismissal for 56 employees. Here, fit into family game Faranda, redeeming from Heineken plant Via La Farina, but regains the brand, that Heineken decides to keep. The production of new beers, though, It did not take off as it used to be. The workers see it vanish promises to relaunch, they do not find in society Triscele (guided by the heirs of Faranda) the right interlocutor to whom to entrust their future career. Indeed, you feel cheated by a contractor who, How to tell, aimed more at building of housing on the grounds of the production plant, with a mere property speculation, which to relaunch the production of beer in Messina. Following difficult times, facts of protests and of hopes dashed. In 2011, Open the doors of layoff and layoff. 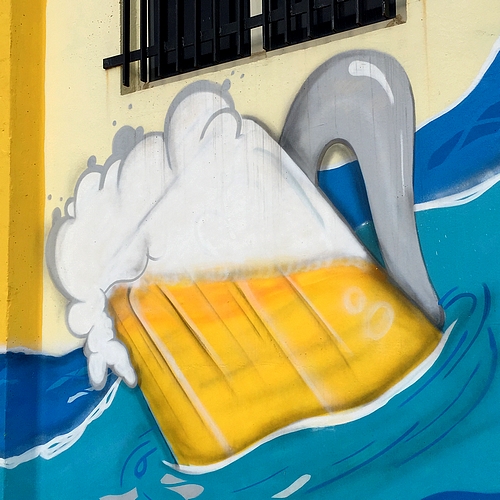 – THE REBIRTH –
When the workers understand that nobody is willing to invest on them and on their work, in 15 (all family men) decide to establish the Brewery cooperative Messina. Commit their savings, bring your severance pay (severance pay) a bank loan guarantee. Obtained from the regional Government of Sicily two sheds in zona Asi di Larderia, a fraction of Messina. “The sheds were simply barns that are completely renovated with our hands”, says the President. The 15 workers have become as needed in painters, Masons, electricians, Plumbers. Meanwhile, the brewery Messina can muster four million euros of loans. Among these: 600 thousand euros from Unicredit Bank, 110 thousand from Bcc, 200 thousand from Development Bank, 500 thousand from Ircac Palermo, other contributions have come from Banca Etica, Cooperative Development Bank, but also from personal donations such as those of Salvatore Ruggeri (the owner of Valvitalia, an entrepreneur who while living in Milan never forgets his homeland and who has already held the mark of ceramics company all workers laid off by summarizing Caleca) who donated to the cooperative 250 thousand euros. Paramount, for this business project, the support and contribution of the Community Foundation. 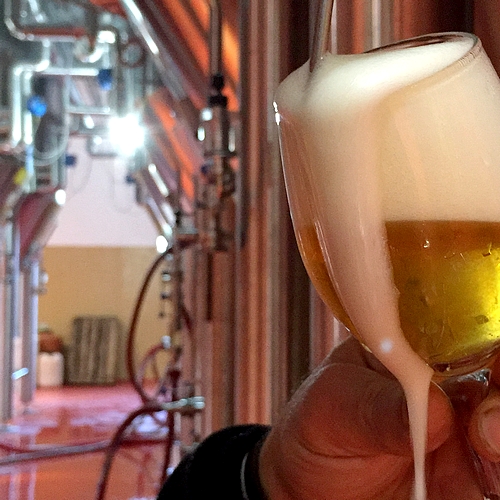 “We left with a year late because of bureaucracy – tells Salem – and to return quickly from the debts our salaries were set at 1,000 euros per month. The rest is intended for the payment of installments of loans”. Are purchased machinery to produce beer and today the cooperative pays the rent of production halls, It will be granted, in five years, the final price if the cooperative of 15 workers will decide to buy permanently establishments. A short should open – incomprehensible red tape permitting – also a direct point of sale within the area of the establishment: the log cabin for sale is ready. Future ones will be years of sacrifices and careful planning. 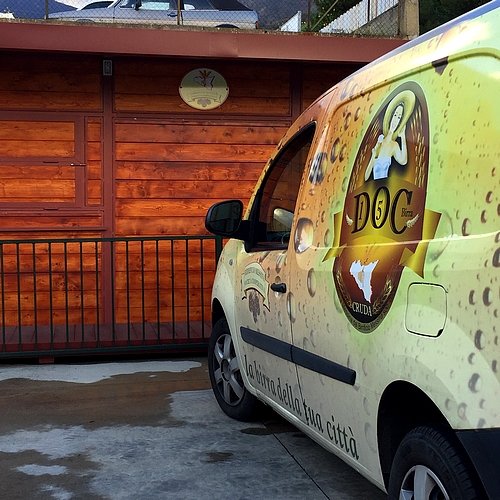 – THE PRODUCTION AND THE BEERS –
The raw materials, malt and hops, come from Germany and are provided by the Distributor Uberti (Udine). Messina brewery now produces only bottom-fermented beers, with a long cycle of 21 days. Three types for sale: the “Doc 15”, with a malt and three hops (alcoholic strength: 4,7% ABV.), dedicated to the same workers who bravely took over its own future; the beer of the Strait, made with two malts and four hops (grade 4,9 vol.), dedicated in Messina that the President defines “a city very supportive”; Finally, a Premium beer, made with three malts and three hops (alcohol content 5,7% ABV.). Are all beers of character, that stand well to each other and far simplified flavors of reputed brands which are sold a little’ everywhere. 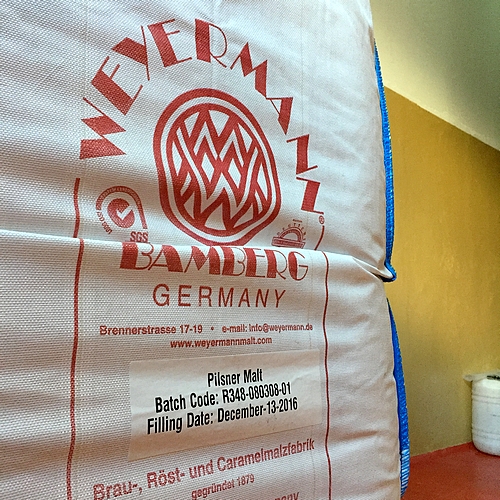 “We started making the first beers in July 2016. Currently – says President Saleh – We produce 22 thousand hectolitres of beer, We will build 35 thousand in 2017, then they will be 60 thousand in 2018. In five years, our goal is to reach 100 thousand hectolitres, that will enable us to write off our debt”. The brewery Messina can not be called craftsmanship through and through. “We craft up to fermentation, While from the moment we make pasteurization isn't more. Ours was the only choice, Why can't we be a microbrewery for 2,000 hectolitres, because we have four million euros of debts to be amortized”. 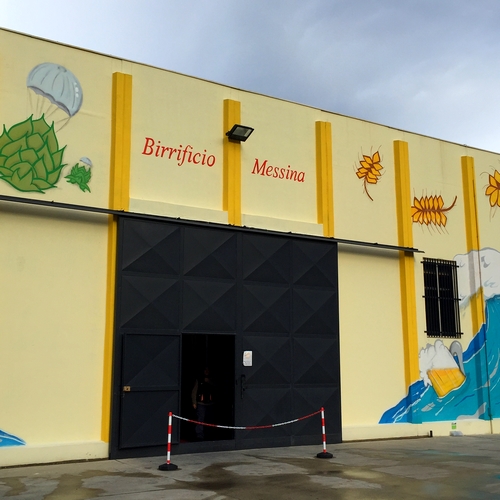 Now she looks forward with hope to hire people. “Our story should serve as an example, and I want to tell young people that you must believe in yourself, their dreams and to its territory. I hope to be able to hire people, maybe even our children”, stresses the President Saleh, Recalling that the activities of the brewery have also lent a hand to the induced Messina on the territory. Labels, cartoons, the caps, the transports were entrusted all to imprese siciliane, as well as glass bottles is the provider of the Sicilian, Thanks to a recent agreement with the former Sicilvetro of Marsala. The cooperative also has a keen eye for energy resources, Since the brewery recycles and reuses almost all the water used in production: one used for cleaning machinery is purified and used for toilets. 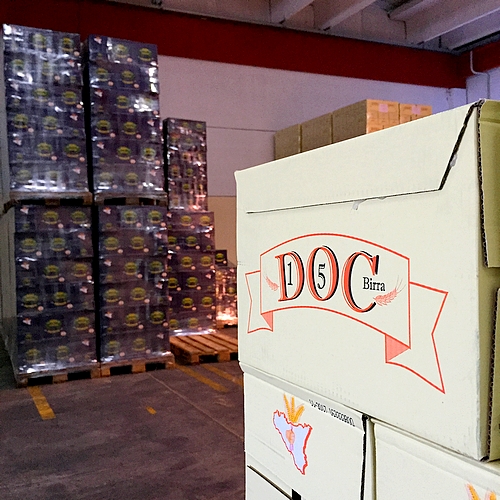 – the future –
From a business perspective, April-March 2017 is planning the launch of raw beer, produced in small quantities. The brewery Messina chose not to be present in supermarket chains: “We do not want to run the risk of devaluing our product and our work with low prices. We prefer to focus on other roads”. At the initial stage, There are already orders for 50 000 hectolitres. A considerable amount. And already preliminary trade agreements were signed with various distributors in France, England, Albania and New Zealand. The updated list of distributors is available here. But, especially, with the founding of the community you are studying the possibility of creating a beer that is entirely "made in Sicily: malt and hops will be produced on land confiscated from the mafia Sicilian. A beautiful example of courage and honesty: in the eyes of President Saleh there is concern about the next steps to deal with, but there's also the firmness of one who knows to have picked up their future.

Olive oil: we learn to read...