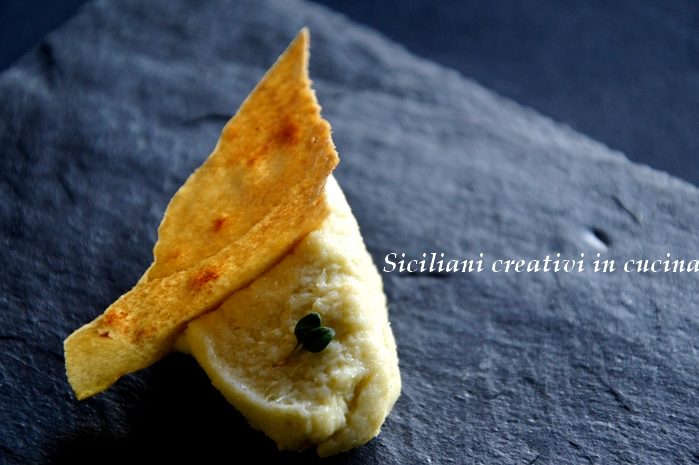 Cod fish. I eat it every time I go in Veneto, but I've never prepared because I have always been intimidated by the huge amount of oil in recipe. That being said, Since my brother loves it and it was time that I wondered, I decided to prepare it. Not being an expert I have entrusted to the recipe of Dogale brotherhood of cod fish and I followed their recipe almost slavishly. I say almost because I totally failed to put the same weight of oil and fish, Let's say that about 500 grams of cod I have put 300 milliliters of oil and it seemed like a really generous amount.

the result, though, was great. I accompanied the cod, served in small quenelle, with crispy wafers of bread carasau but traditionally it is served with grilled polenta. Served as an appetizer or entrée, and then in modica, is a really tasty dish and elegant. Try and prepare, also for buffet or appetizers with friends, served on hot croutons. Is, if you love the cod, do not forget to have a look at all my RECIPES WITH COD '. as the COD’ STEW WITH TOMATO that are in VIDEO RECIPE on my YouTube channel. Have a good day! 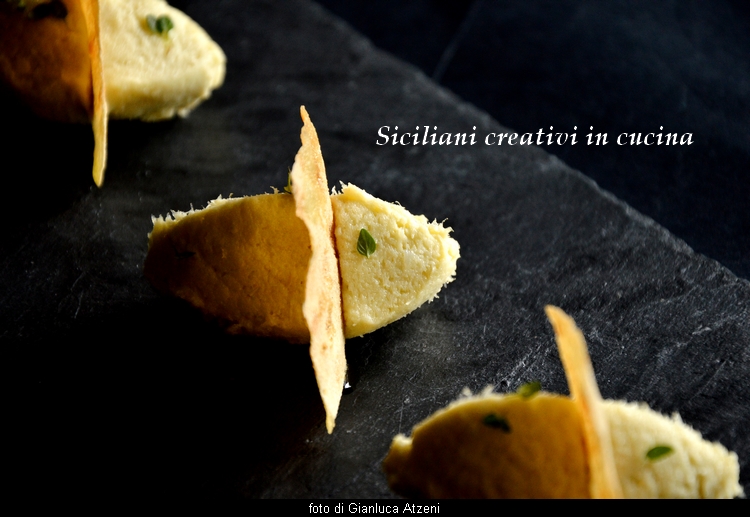 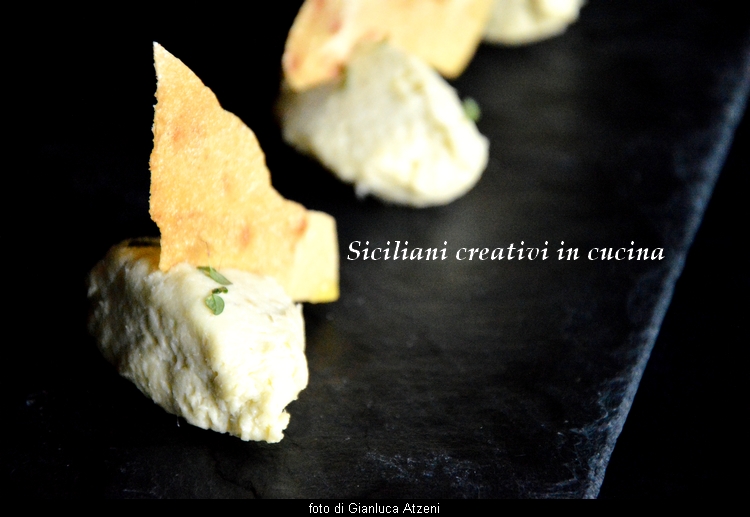 Put the cod in a pot, combine the lemon and bay, cover with cold water and bring to a boil. Cook for 15 minutes and let the fish cool in the cooking water.

Drain baccala, remove all the bones and the skin: It is a job that you have to necessarily do using your hands. Now you have to stir the cod: the use of the blender is not recommended, so either you do it by hand using a wooden spoon, or in a food processor using the hook in leaf or in the food processor using the plastic blades, they don't mince the fish with violence. I used the latter.

Start to keep at low speed by adding the oil flush. In practice, It's as if you were making mayonnaise fish: the oil and fish must assemble together until it becomes a glossy and homogeneous cream, Obviously with bits of fish still visible. I recommend using a delicate fruity oil in order not to lose the taste of cod.

When the cod is well creamed, combine the finely chopped parsley, then adjust if necessary with salt and pepper.

Sprinkle carasau bread with little extra virgin olive oil, Salt lightly and roast it for a few seconds in a preheated oven.

Composition of the dish: form of the quenelle of cod and serve with pane carasau. Bon appétit!

Cod on pepper cream with...

Hi Adina! I'm going crazy, but literally crazy about the cod fish! even at midnight you make me want to eat it! but you can??? am I strange or you superbravissima! ;-)

Hello Darling, good to see you here! I don't know if you're strange, but I'm not superbravissima… though you'd get set pounds and pounds if you came to visit me in Rome! TI abbraccio forte forte, ADA

ADA almost perfect….. Here they put less oil lemon anything but with a little milk. You can use the blender for a very small part for amalgare milk oil Salt and pepper and then add the remaining chopped with a knife. Lemon put it usually when it's on bruschetta, fresh lemon drops as you do with salmon. Fresh parsley for last when ready the spread above. Kiss

Hello dear Hedwig! He had read that you could put the milk but I followed the recipe encoded because not being an expert I did not want to attract the barbs of the veneti! I crushed by hand, as you told me you… also because I have a phobia of thorns. Arjun, I really hope to visit you…

Why keep the cooking water?

Hello! You're right, you don't have to store it. Initially I thought to add some’ of water to limit the use of oil and I put in the text this note. Then I realized that doing so may limit the oil without adding anything, in fact I came to doubt that the water could there. But I forgot to remove the note from the recipe, now I did. Thank you so much for letting me know! ADA

For me the recipe of the Brotherhood from a quantity of oil cannot. My solution is to add a good amount of milk to the cooking water and then use it to stir. At that point the amount of oil goes a bit to taste. Anyway regardless of the Variant used on cod is an exceptional dish.
A hug Fabrizio

Hello Fabrizio! You indeed are rabbrividita thinking about the amount of oil! I often bake salt cod in milk and hadn't thought to follow the solution that tells you, but then I saw it so it was fine and that was creamy but not greve. I was afraid that the water or milk to be released and inumidissero carasau bread… And Yes, is phenomenal as flat.. hug and thank you very much for stopping by me. ADA