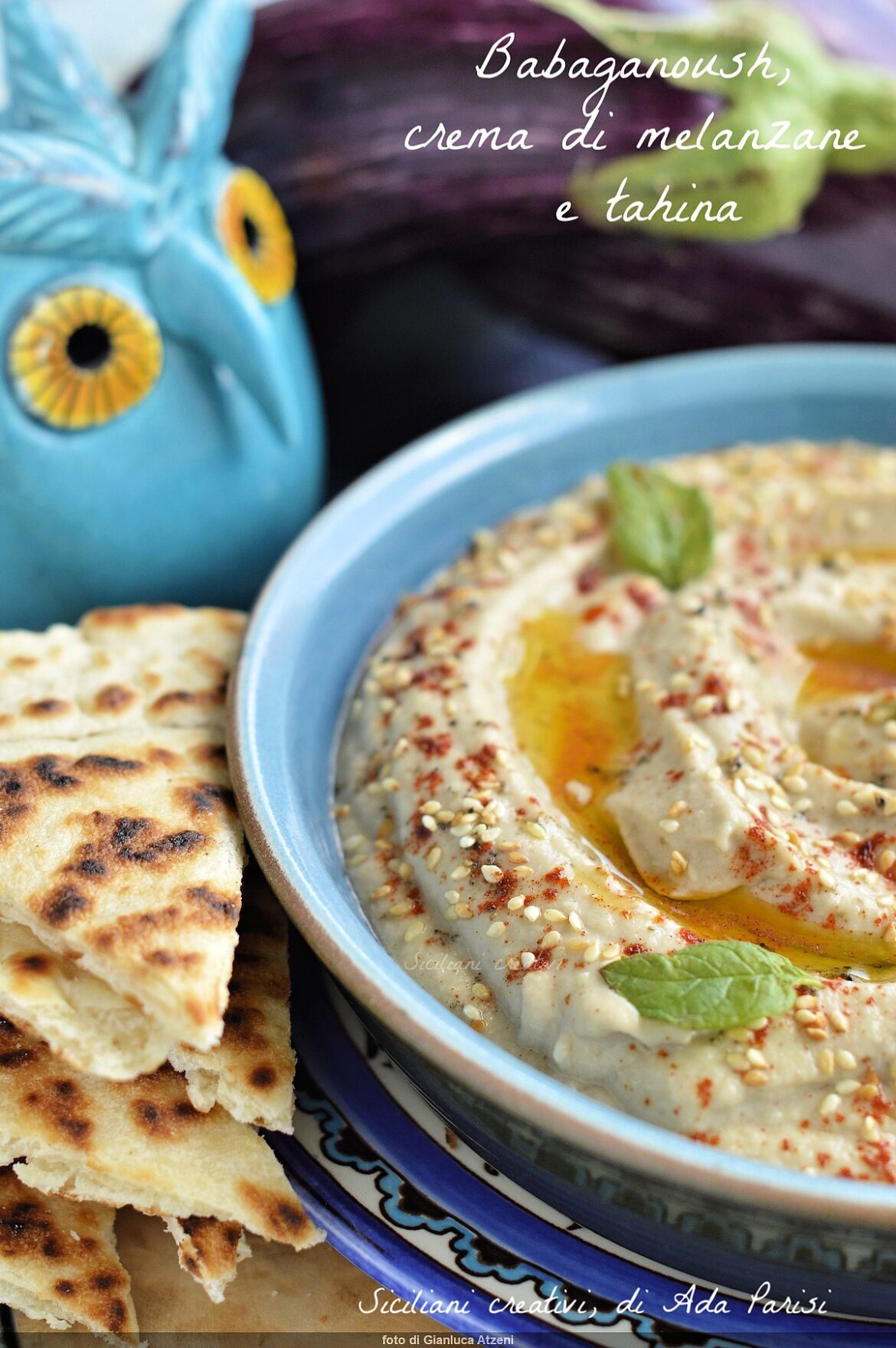 The babaganoush property is if a tasty cold sauce based on eggplant pulp topped with spices and herbs. Like l’CHICKPEA AND TAHINA HUMMUS, even the babaganoush has Middle Eastern origins. The original babaganoush recipe involves the use of grilled eggplant pulp or baked. Then, the pulp of the eggplants is blended with the traditional Sesame cream (I'll buy it on Amazon, but now it's in many supermarkets), sesame oil olive or, lemon juice. And seasoned with smoked paprika, that gives it a very special taste, fresh mint and toasted sesame. Babaganoush is a recipe suitable for vegans, to celiacs because it is gluten-free and anyone on a protein or ketogenic diet.

Babaganoush is traditionally used with the Pita or Arabic bread, but you can also use the toasted Romagna flatbreads, for a more Italian touch. Since in summer the aubergines are in season (you read my article on 30 MUST-HAVE RECIPES WITH AUBERGINES?) and that this recipe prepares in advance and serves cold, it is perfect as an aperitif or summer appetizer. Put hummus and babaganoush in the middle of the table and share the dish using bread to enjoy the creams. I also recommend that you prepare raw vegetables to dip in creams, like cucumbers, carrots, celery, tomatoes, Peppers: you will serve a vegan starter and yummy, light and fresh.

The procedure for preparing babaganoush is very simple. You just have to cook the grilled aubergines (if you're so lucky) or oven, after encing them deeply and wrapped in aluminum. Then you just have to blend the pulp with the other ingredients. Remember that this is a recipe where you can vary the amounts of tahina, lemon and spices according to your taste, then taste!

In Sicily we prepare the so-called ‘EGGPLANT CAVIAR‘: a grilled eggplant cream that I usually enrich with Greek yogurt and mint, equally good but less spicy than the babaganoush. Alternatively, you can try the amazing BAKED EGGPLANT WITH YOGURT AND TAHINA CREAM. Have a good day. 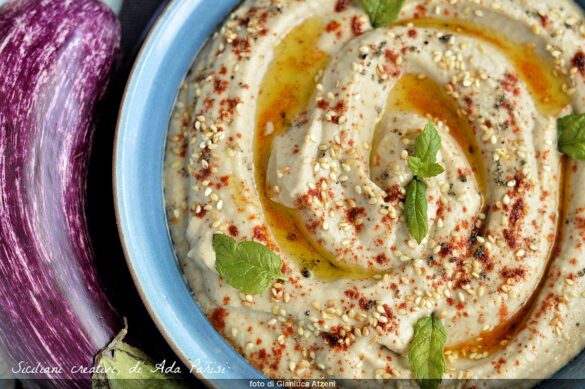 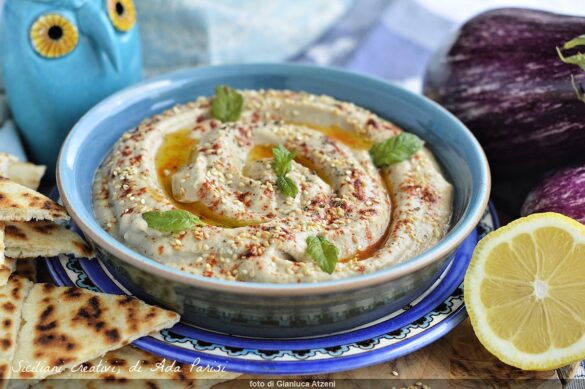 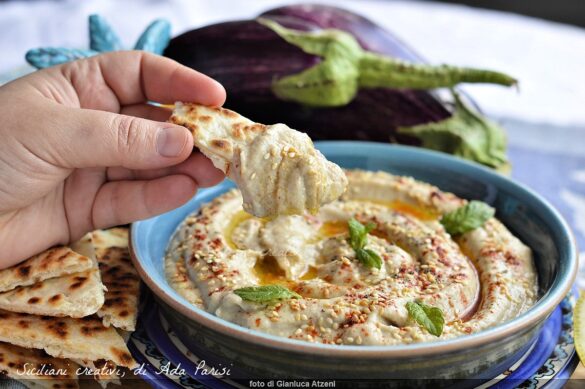 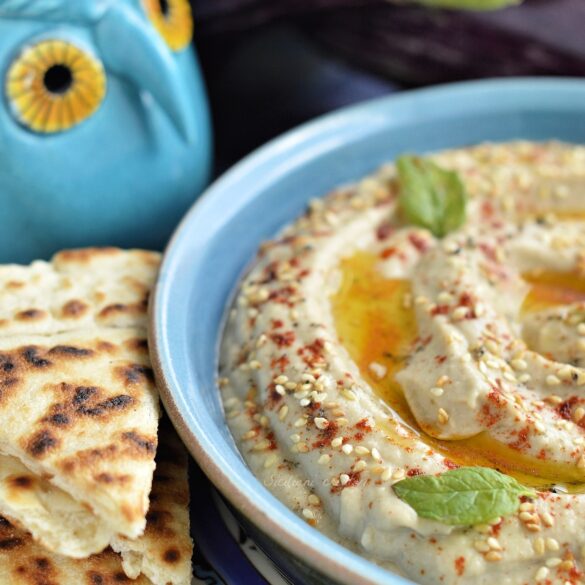 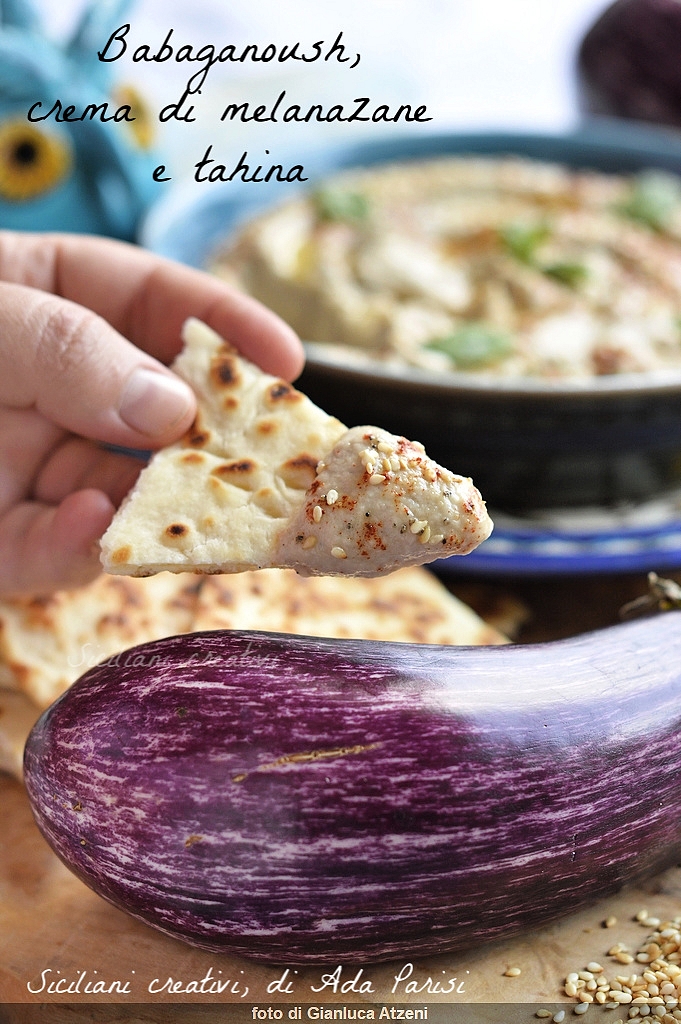 The preparation of the babaganoush is quick and easy. Preheat oven to 200 degrees static. Wash the aubergines and deeply engrave them in half, without removing the petiole. Wrap aubergines in aluminum paper, put them in a baking tray and cook for 40 minutes or until soft. Let them cool completely.

When the aubergines are cold, remove all the pulp from the peel with the help of a spoon and put it in the mixer. Blend it and add the sesame cream, smoked paprika, sesa sesamus oil or extra virgin olive oil. Add salt to taste and lemon juice. Taste to see if the babaganoush is your taste or if you need to add lemon, paprika, sesame or oil. You have to get a smooth and thick cream.